As one of the biggest pop culture events of the year approaches, Marvel is thrilled to reveal its one-of-a-kind official exclusive merchandise available only at San Diego Comic Con 2019! 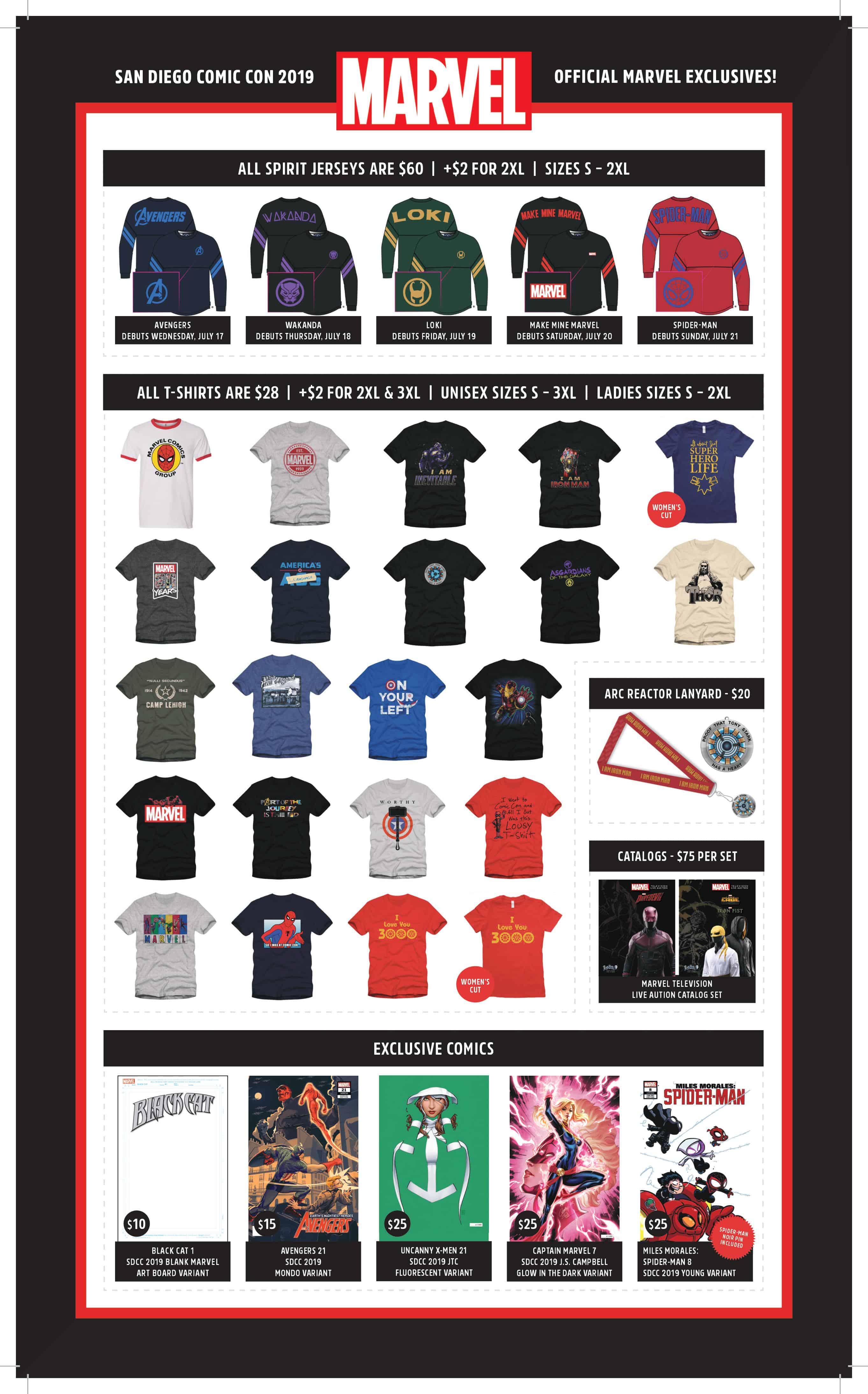 From the moment the doors open, make sure to stop by the Marvel booth (#2329) and show your love for the Marvel Cinematic Universe, Marvel Comics, and more with an exclusive line of t-shirts, spirit jerseys, and more, available in a variety of sizes for every kind of Marvel fan! 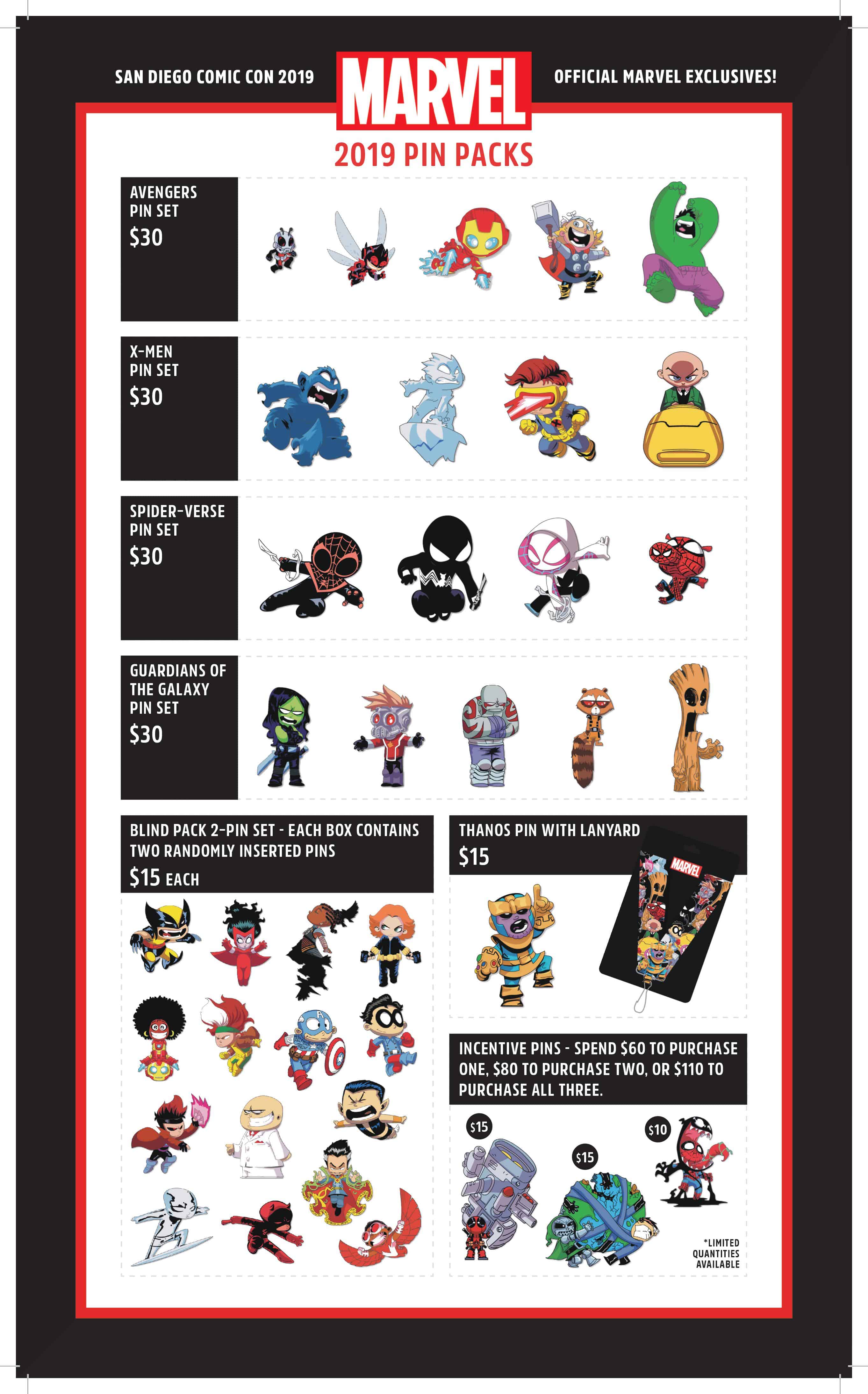 Back by popular demand, the Marvel booth will also be offering all-new enamel pin sets by Eisner Award-winning artist Skottie Young, featuring iconic characters from the Avengers, X-Men, Spider-Verse, and Guardians of the Galaxy! Want more of your favorite Marvel Super Heroes? Look for the blind pack pin sets to collect two randomly selected character pins, and display your collection with an exclusive lanyard accompanied with an exclusive Thanos pin. Special incentive pins will also be available in limited quantities for those that are eligible.

And what would SDCC be without exclusive Marvel comics? Don’t miss out on an exclusive BLACK CAT #1 SDCC 2019 BLANK MARVEL ART BOARD VARIANT (limited quantities available) or an exclusive selection of individually numbered, bagged & boarded variant comics, including: 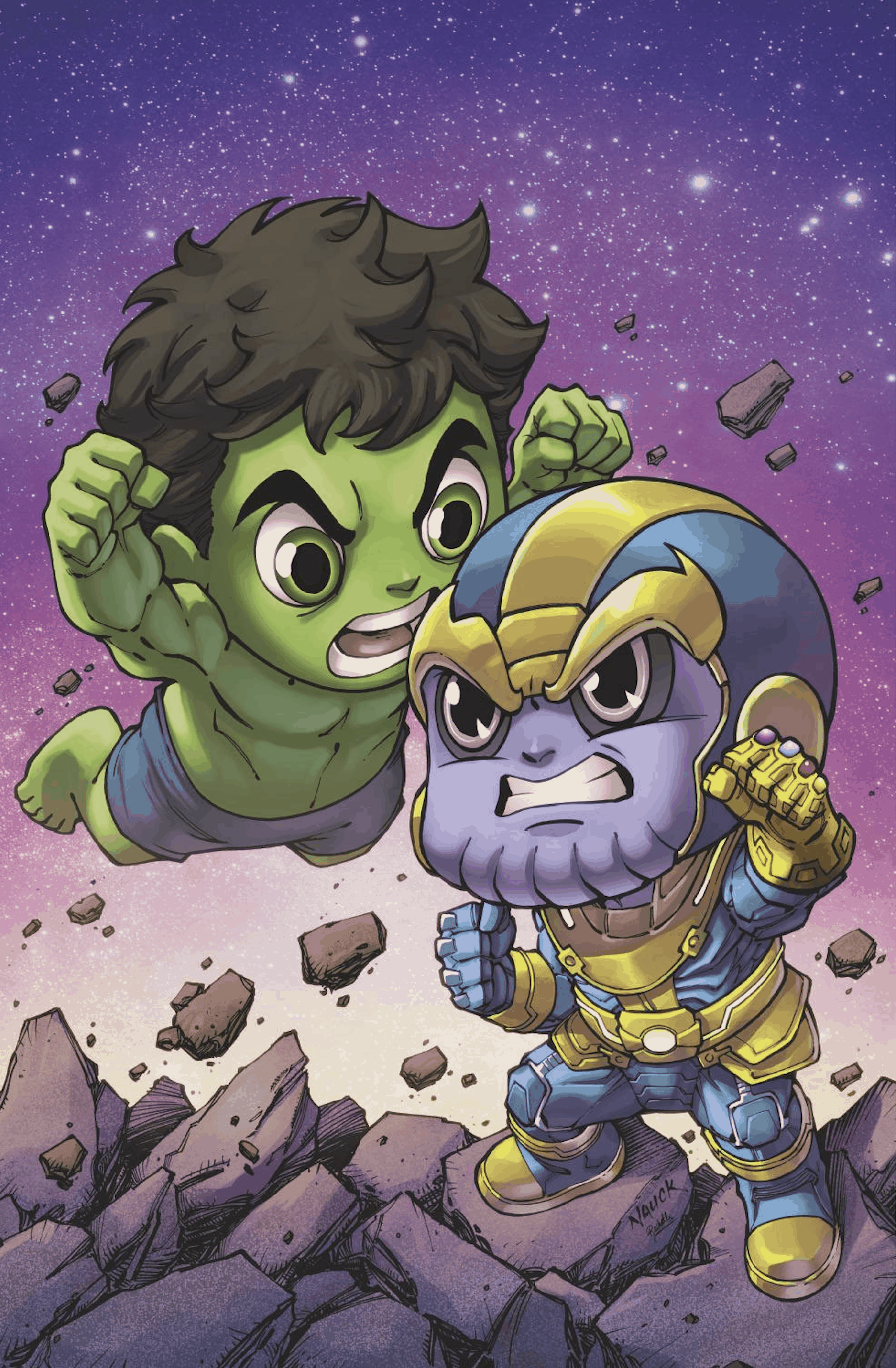 Marvel Unlimited Plus members and Marvel Mastercard cardholders will also have a chance to get an exclusive, ultra-rare variant cover of IMMORTAL HULK #21 for FREE!* Drawn by artist Todd Nauck, the cover features an epic showdown between Hulk and Thanos -– rendered in the inimitable style of Cosbaby by Hot Toys!

For more information about this official exclusive merchandise, visit Marvel.com.