Loki on Broadway? Is Squirrel Girl headed to the big stage? Well Kinda. Marvel Entertainment, in a partnership with and Samuel French, a publisher of American and British play scripts are teaming up to bring us, The Marvel Spotlight.  Ms. Marvel is secretly Kamala Khan, a teenage Muslim girl living in Jersey City who often struggles with assimilation, her tradition-bound parents, completing homework and fighting for justice. “When I began working on the play, I had only a little knowledge about Kamala Khan as Ms. Marvel,” Asare wrote in an email. “I loved the idea of a superhero who is a brown girl from an immigrant background (like me), someone who wants to do good in the world but isn’t always sure how to do it. So she’s kind of awkward and not-smooth and has her share of mishaps, but she still persists,” she said. 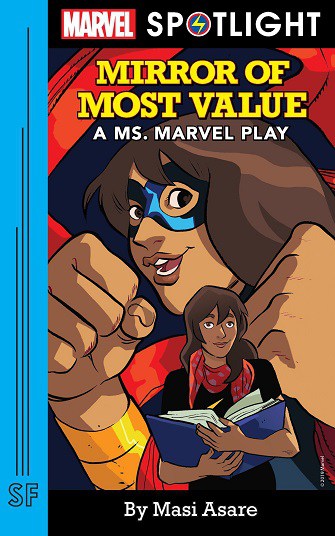 Marvel’s mighty heroes are the stars of a new series of educational one-act stage plays intended for a high school audience. Called Marvel Spotlight, the plays focus on such themes as responsibility, self-image and reacting to change. Thor, Squirrel Girl, and Ms. Marvel will be at the forefront of the inaugural set of plays, which will be offered for licensed performances and whose scripts will be available for retail purchase. Created with a focus on educational institutions and are priced accordingly: license fees are $75 per performance for one play or $125 per performance for two or more. Copies of the plays, with covers by Erica Henderson, will be available for $9.95 each. 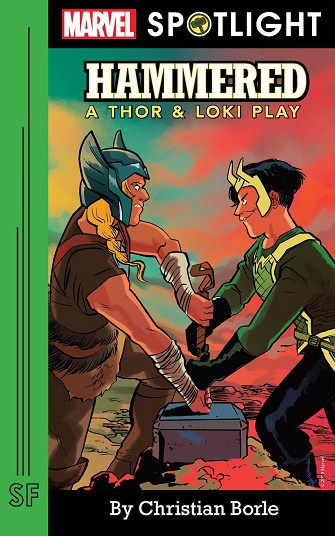 “Hammered: A Thor & Loki Play,” by Christian Borle, depicts the squabbling brothers — the Norse gods of thunder and mischief — competing to impress their parents. “Squirrel Girl Goes to College: A Squirrel Girl Play,” by Karen Zacarías, has the title heroine, who has all the powers of a squirrel and a girl, trying to reinvent herself at a new school. “Mirror of Most Value: A Ms. Marvel Play,” by Masi Asare, is about accepting one’s imperfections. 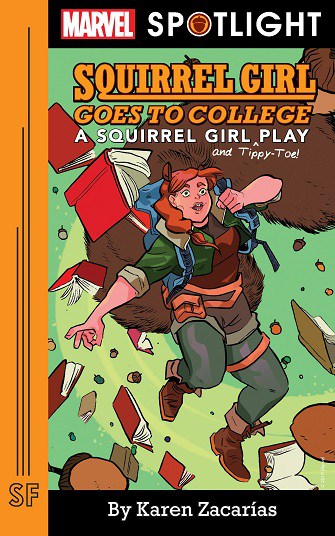