Marvel Comics continues to mark the 40th anniversary of Miracleman’s modern era following the herald of his return in TIMELESS #1 and the announcement of an all-new omnibus, with a new printing of award-winning writer Neil Gaiman and artist Mark Buckingham’s redefining work on the character.

Gaiman and Buckingham’s take on MIRACLEMAN laid the groundwork for a fascinating future for the legendary super hero—a future that will now come to pass! Available for the first time in paperback, the MIRACLEMAN BY GAIMAN & BUCKINGHAM BOOK 1: THE GOLDEN AGE TPB will give fans a chance to revisit this beloved era of Miracleman ahead of the exciting plans Marvel has in store for the iconic character later this year.

Atop Olympus, Miracleman presides over a brave new world forged from London’s destruction. It is a world free of war, of famine, of poverty. A world of countless wonders. A world where pilgrims scale Olympus’ peak to petition their living god, while miles below the dead return in fantastic android bodies. It is an Age of Miracles — but is humankind ready for it? Do we even want it? Is there a place for humanity in a world of gods? Gaiman and Buckingham delve into the lives of lonely idealists, rebellious schoolchildren and fracturing families, exploring the human constant in a changing world of gods and miracles. 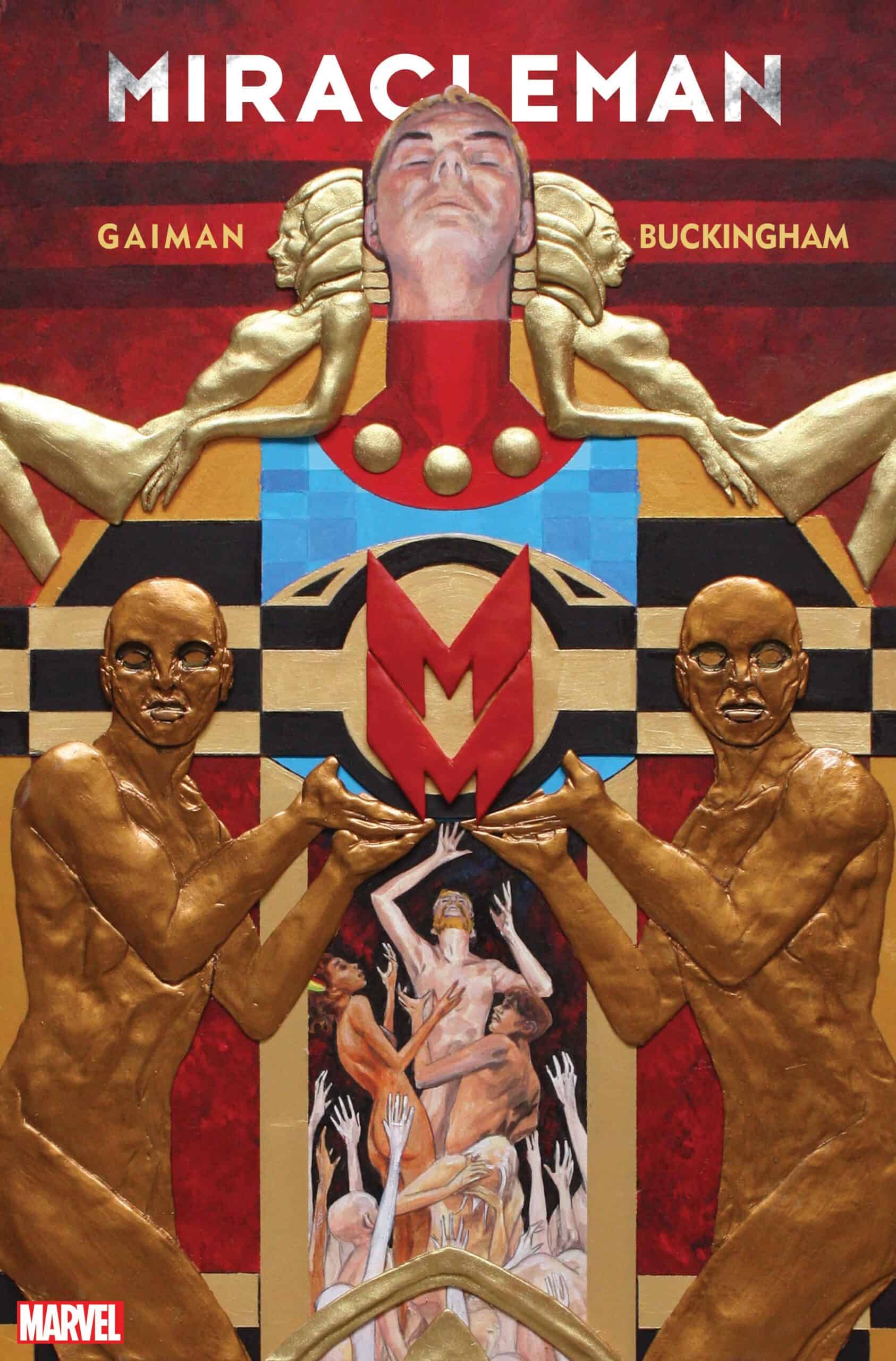 Check out the cover and stay tuned for more exciting announcements about MIRACLEMAN in the coming months!