Marvel details its plans and line-up for the upcoming New York Comic Con ‘22, which is scheduled to run from Thursday, October 6 through Sunday, October 9. The schedule includes panels, exclusive merchandise, and signings. Marvel will have two booths at the con #2057 for giveaways, signings, and #2261 for must-have New York Comic Con merchandise, Marvel Unlimited subscription offers, and so much more!

In collaboration with Marvel, fans will be able to experience one-of-a-kind activations and promotions from partners at the booth including:

Fans will want to stop by the official Marvel store (right next to the main marvel booth) for convention-exclusive merchandise including t-shirts, spirit jerseys, comic book variants, and more! Apparel includes fan favorites like X-Men, Spider-Man, Ghost Rider, and the lovable Jeff the Land Shark. Celebrate Spider-Man’s anniversary with a special edition mystery pin set. There are a total of 8 pins, be sure to collect them all!

The Marvel store variant comics include: 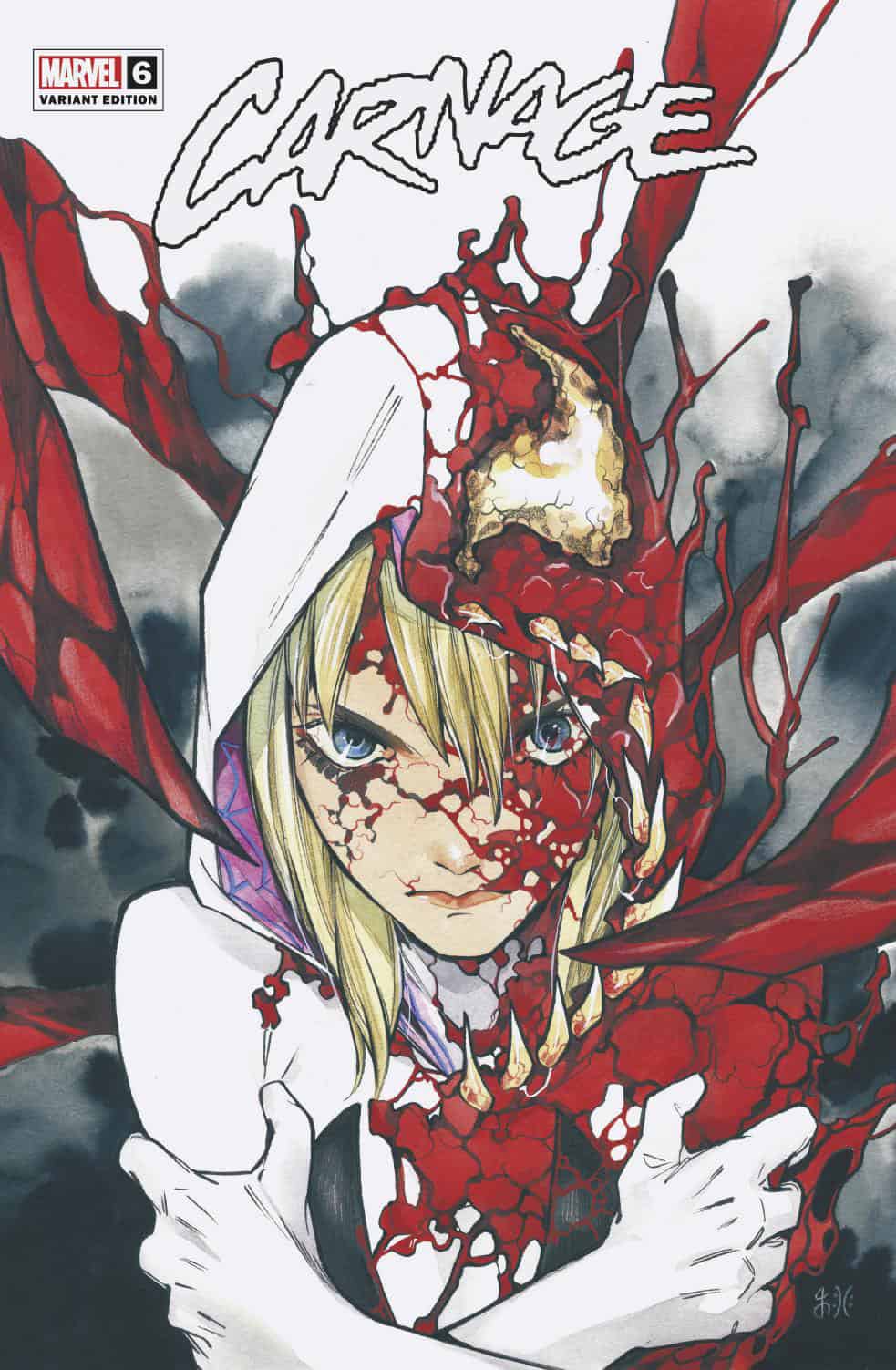 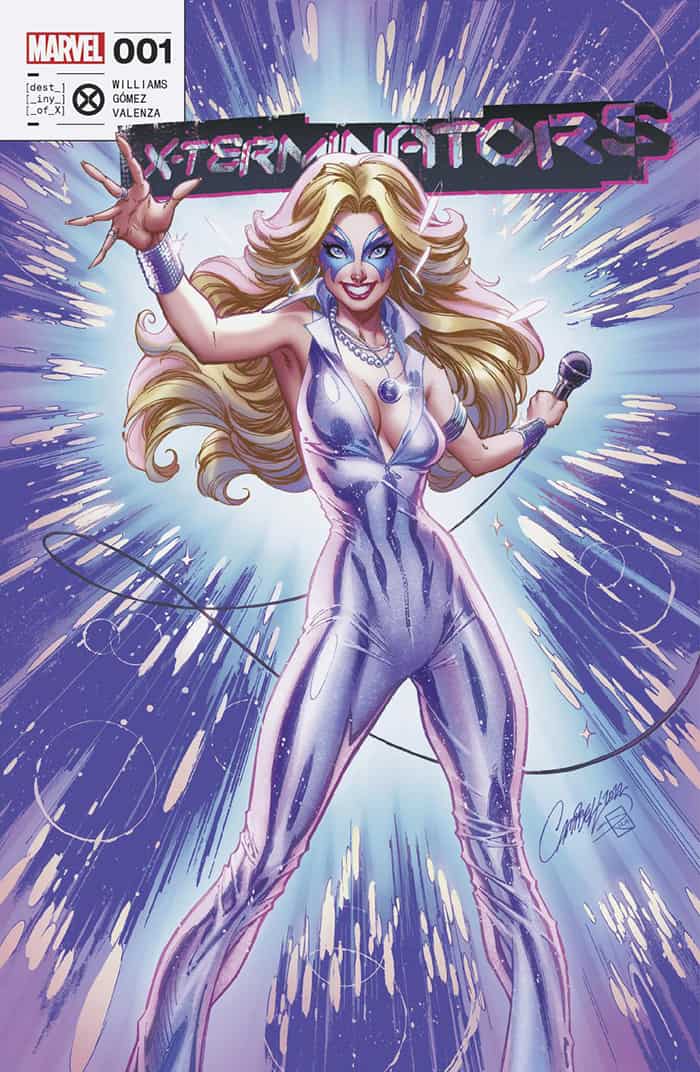 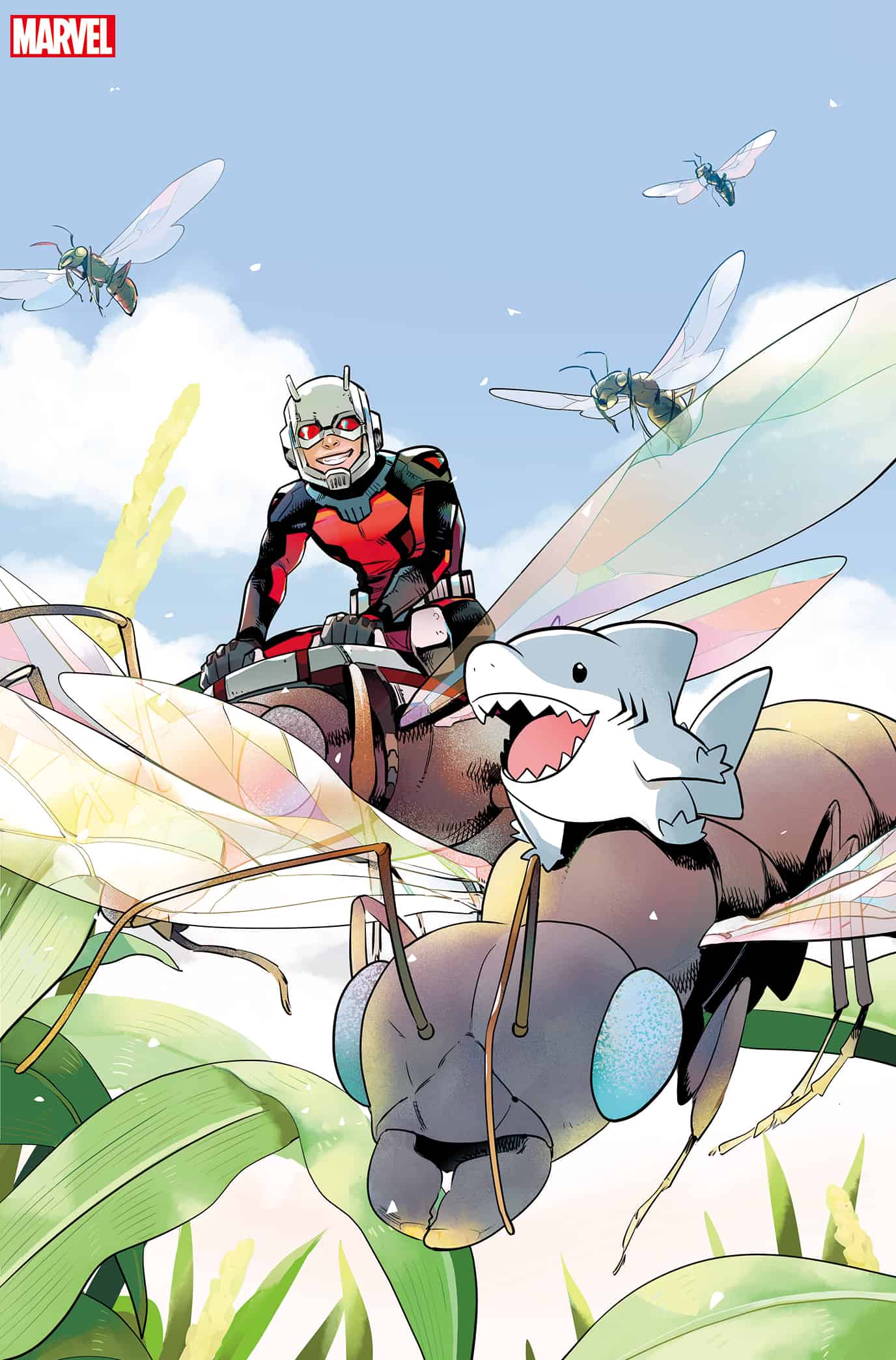 In addition to variant comics at the merch booth, be sure to attend the MARVEL COMICS: MARVEL FANFARE panel on Friday, October 7, where attendees will receive a stunning color-focus sketch variant cover of Miracleman #0.  See the heroic primary colors of the title character’s costume pop on this one-of-a-kind one-shot cover! 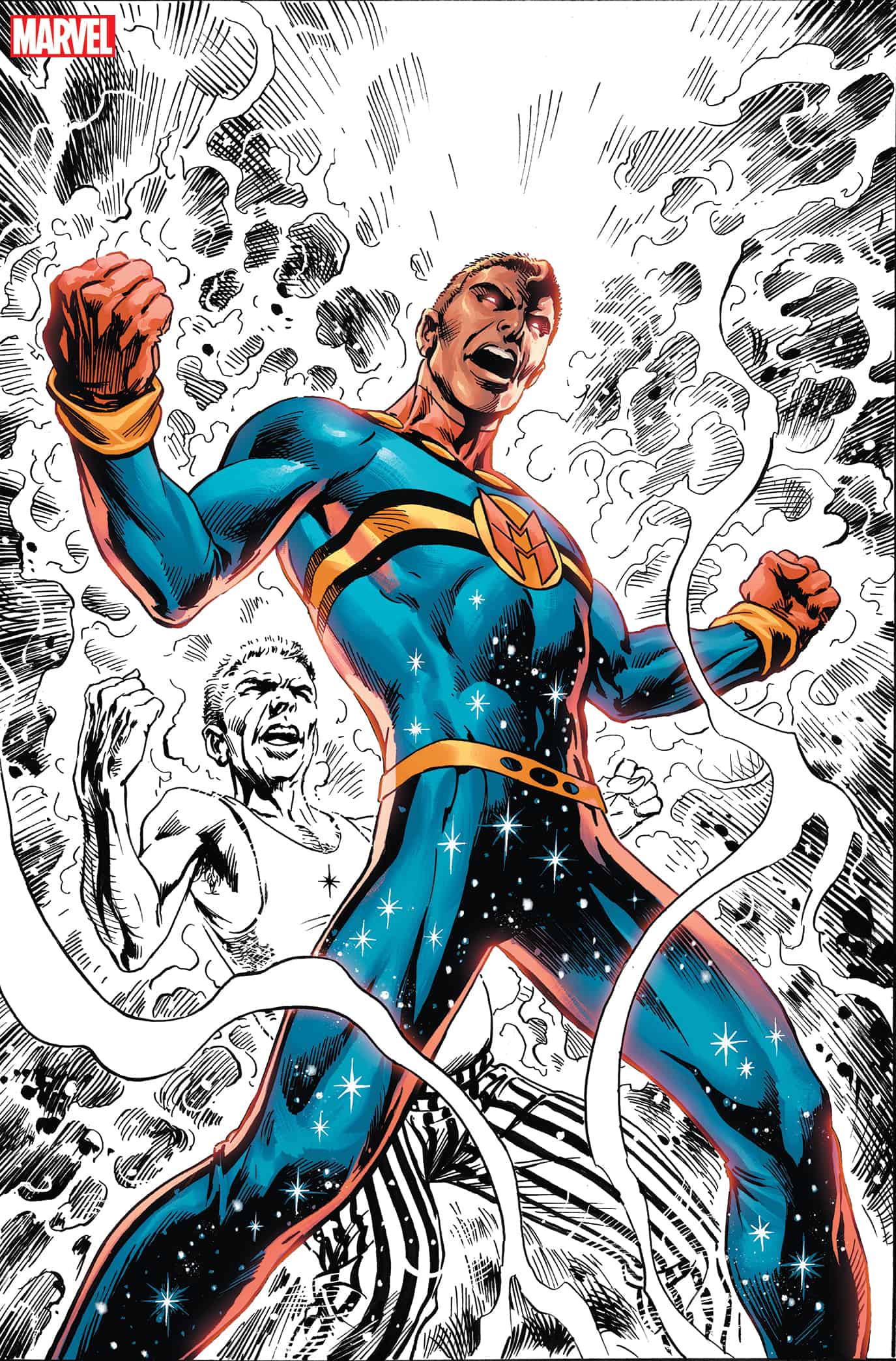 On Saturday, October 8, attendees at the MARVEL’S VOICES: World Outside Your Window panel will get a reprint of FREE COMIC BOOK DAY: MARVEL’S VOICES #1 with all-new exclusive cover art by Luciano Vecchio! 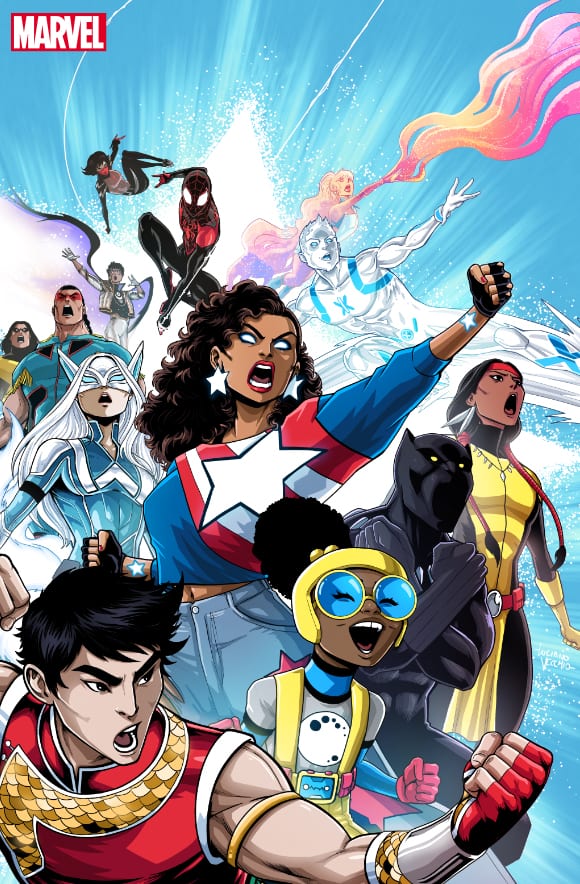 Also on Saturday, attendees at the MARVEL COMICS: Next Big Thing panel will walk away with an exclusive X-Men Red #7 variant by Stefano Caselli.  The Sins of Sinister loom large on this amazing homage to the classic Uncanny X-Men #239! 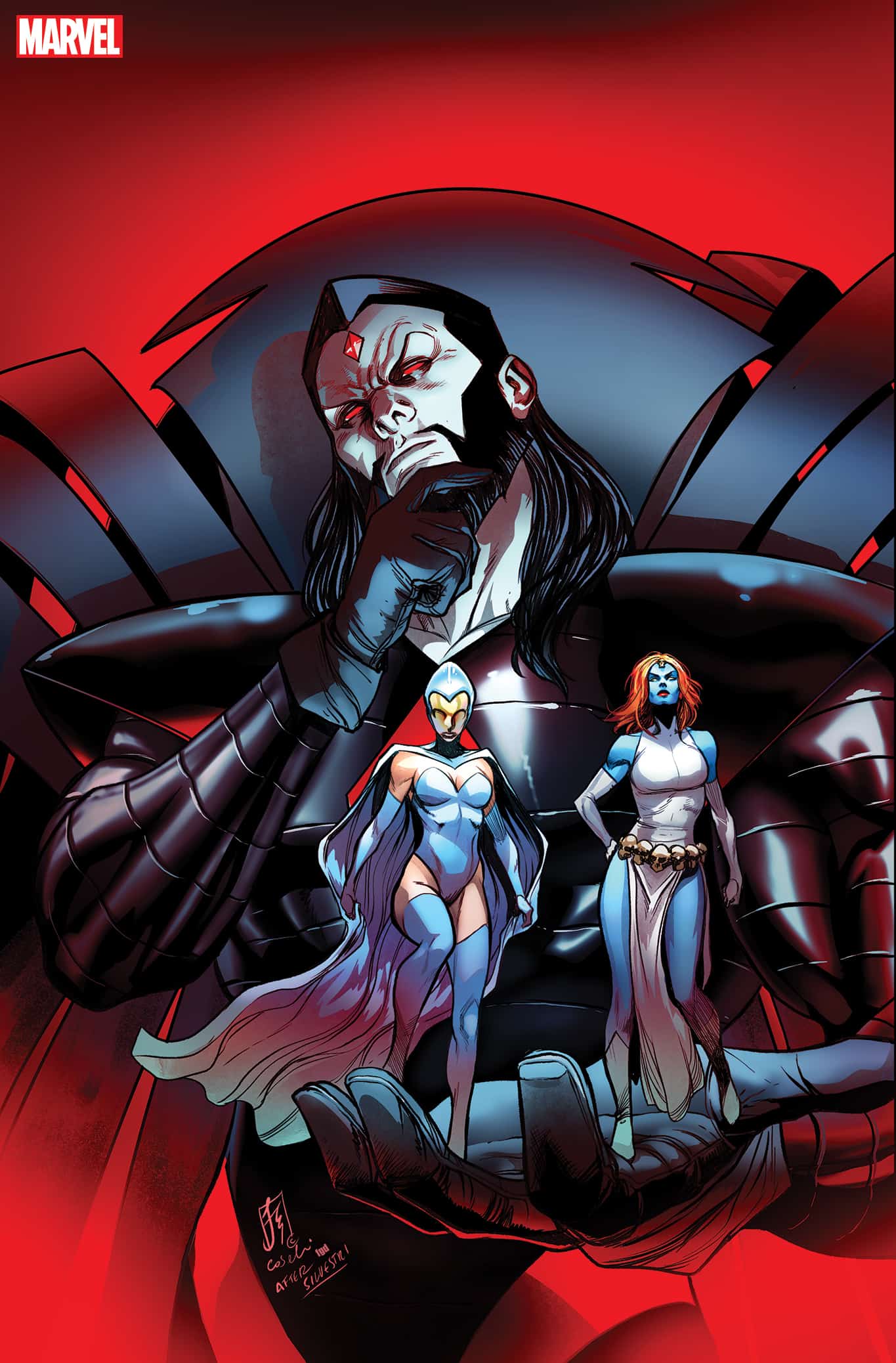 Finally, on Sunday, October 9, attendees at the WOMEN OF MARVEL panel will receive a color-focus variant cover by Ryan Stegman & Romulo Fajardo Jr. of Jane Foster & The Mighty Thor #5, spotlighting Valkyrie and her All-Weapon! 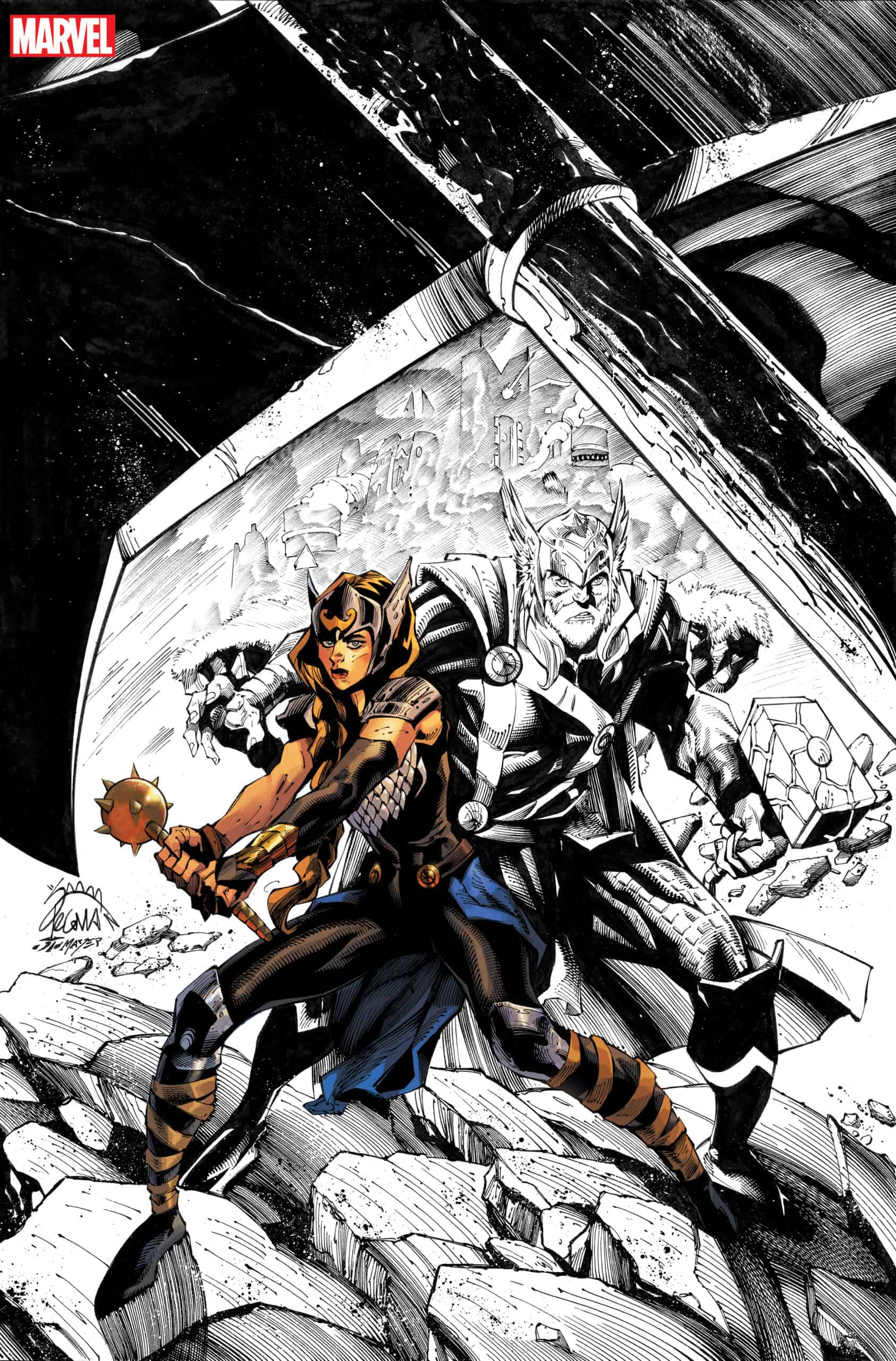 Marvel Digital Media will be conducting around-the-clock coverage of all the biggest stories and breaking news at New York Comic-Con on social media. For exclusive livestream coverage, fans can watch on Marvel.com, YouTube, Twitter, Facebook and Twitch. Coverage is hosted by Langston Belton, Angélique Roché, Ryan Penagos, and Ray Lowe. Experience the convention floor with Marvel, stay up to date on breaking Marvel news, learn about some of your favorite Marvel characters, and don’t miss a beat from the Marvel stage and events within and around NYCC! Visit marvel.com/nycc for all info and merch listings!

An overview of Marvel Entertainment’s booth schedule, signing schedule, merchandise, and updated panels can be found below:

4:00 – 4:30pm EST – Behind the Scenes: The Making of Marvel Figures Presented by Madame Tussauds 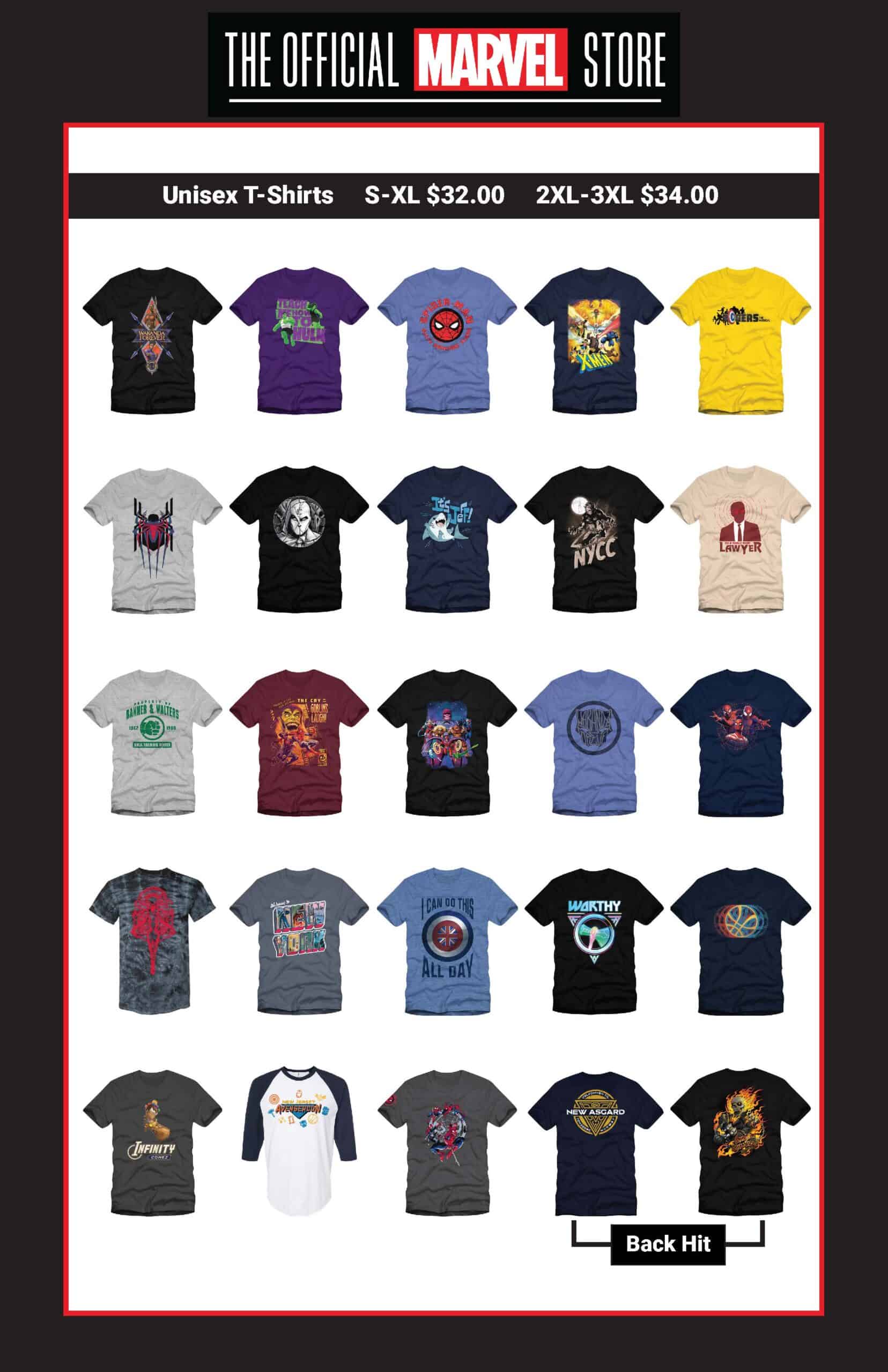 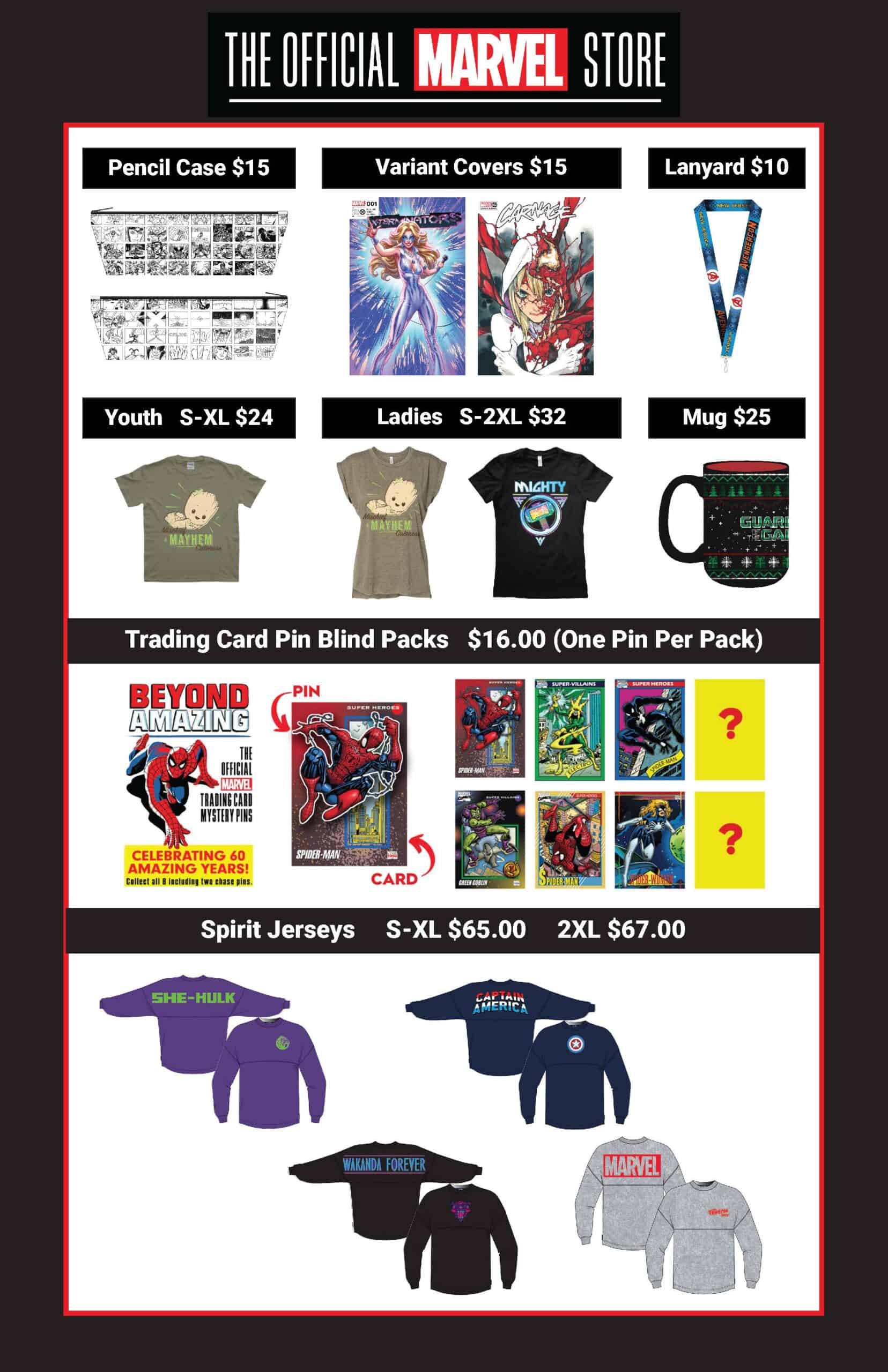 Co-hosts Ryan Penagos (aka Agent M, VP & Creative Executive at Marvel) and Lorraine Cink (Director of Creative Content at Marvel) return for a lively live recording of the This Week in Marvel podcast! They’ll be joined by an all-star panel featuring Collin Kelly & Jackson Lanzing (Captain America: Sentinel of Liberty), Tochi Onyebuchi (Captain America: Symbol of Truth), and star-spangled Marvel Comics Editor Alanna Smith to talk about what lies ahead for Marvel’s premier shield-slinging heroes. Hold onto your hats, True Believers – Things are heating up as we hurtle headlong into the 2023 Captain America crossover: Cold War!

Marvel Comics Editor-in-Chief C.B. Cebulski along with super-star writer Jonathan Hickman (X-Men) and industry game-changer Steve Wacker will assemble for a lively discussion and Q&A session about anything and everything Marvel! What was their favorite outfit at the Hellfire Gala? Would they rather be represented by Matt Murdock or Jennifer Walters? Who do they think is the greatest Spider-Man villain of all time? Get your answers to these questions and more. But that’s not all – fans who stay until the end will receive an exclusive giveaway!

MARVEL: Books of Future Past

MARVEL’S VOICES: The World Outside Your Window

The Marvel Universe is known for creating stories that reflect “the world outside your window.” For the past five years, Marvel’s Voices has worked to not only give a behind-the-page look at the creators of those stories but highlight the richness that makes up the Marvel Universe. Now, we’re bringing that to New York Comic Con. Join us and some of our most celebrated creators to talk about their work, their stories, and the characters we know and love. The first-ever NYCC Marvel’s Voices panel is hosted by writer, editor, and podcast host Angélique Roché who will be joined by Eve L. Ewing (Monica Rambeau: Photon), John Jennings (My Super Hero is Black), Danny Lore (Crypt of Shadows), Steve Orlando (Marauders), Cody Ziglar (Miles Morales: Spider-Man), and Marvel’s Voices Editor Sarah Brunstad.  Celebrate the growing legacy of Marvel’s Voices in a conversation about their creative processes, collaborations, drive for greater inclusiveness, and professional journeys as they paint a full picture of the Marvel Universe.  Plus – attendees will receive a special giveaway!

This is it, True Believers, the panel you absolutely cannot miss! Learn what’s next for the Marvel Universe as Marvel Comics Executive Editor Nick Lowe, Associate Editor Lauren Amaro, and Editor-in-Chief C.B. Cebulski lead a legion of literary legends in discussion, including Gerry Duggan (Dark Web: X-Men, Invincible Iron Man), Jed MacKay (Mary Jane & Black Cat, Timeless), Zeb Wells (Amazing Spider-Man, Dark Web), and more! What lies in store for everyone’s favorite mutants and mutates as dusk falls across the world in the Spider-Man/X-Men crossover Dark Web? What do the hands of fate hold in store for the Marvel Universe in the pages of Timeless? And what hot new 2023 titles will be announced? Plus, stay until the end of the panel for an exclusive giveaway!

The Women of Marvel return to New York!  Writer, editor, and podcast host Angélique Roché will lead a lively discussion with Marvel talent including Digital Media Executive Director Ellie Pyle, Senior Editor Lauren Bisom, Women of Marvel podcast co-host Judy Stephens, and writers Eve L. Ewing, Stephanie Phillips, and Erica Schultz! What is it like for women working in the industry today, and what is next for Marvel’s woman-led titles?  And don’t miss a special giveaway at the end of the panel!