Marvel reveals more information and provided a first look at the upcoming Edge of Spider-Verse #4, which features long standing spider-folk like Spider-Ham and the Spider-Mobile, along with new additions such as Sun-Spider and Spider-Princess. The issue will be divided into four unique stories tying into the events of the Dan Slott penned adjectiveless Spider-Man #1 in October.

In the press release for the issue – which is scheduled for a release date of September 21 – Marvel also provided short descriptions for all four stories, along with their creative teams:

The covers for the issue, along with a first look at the interior art, can be seen below. For more information, visit Marvel.com. 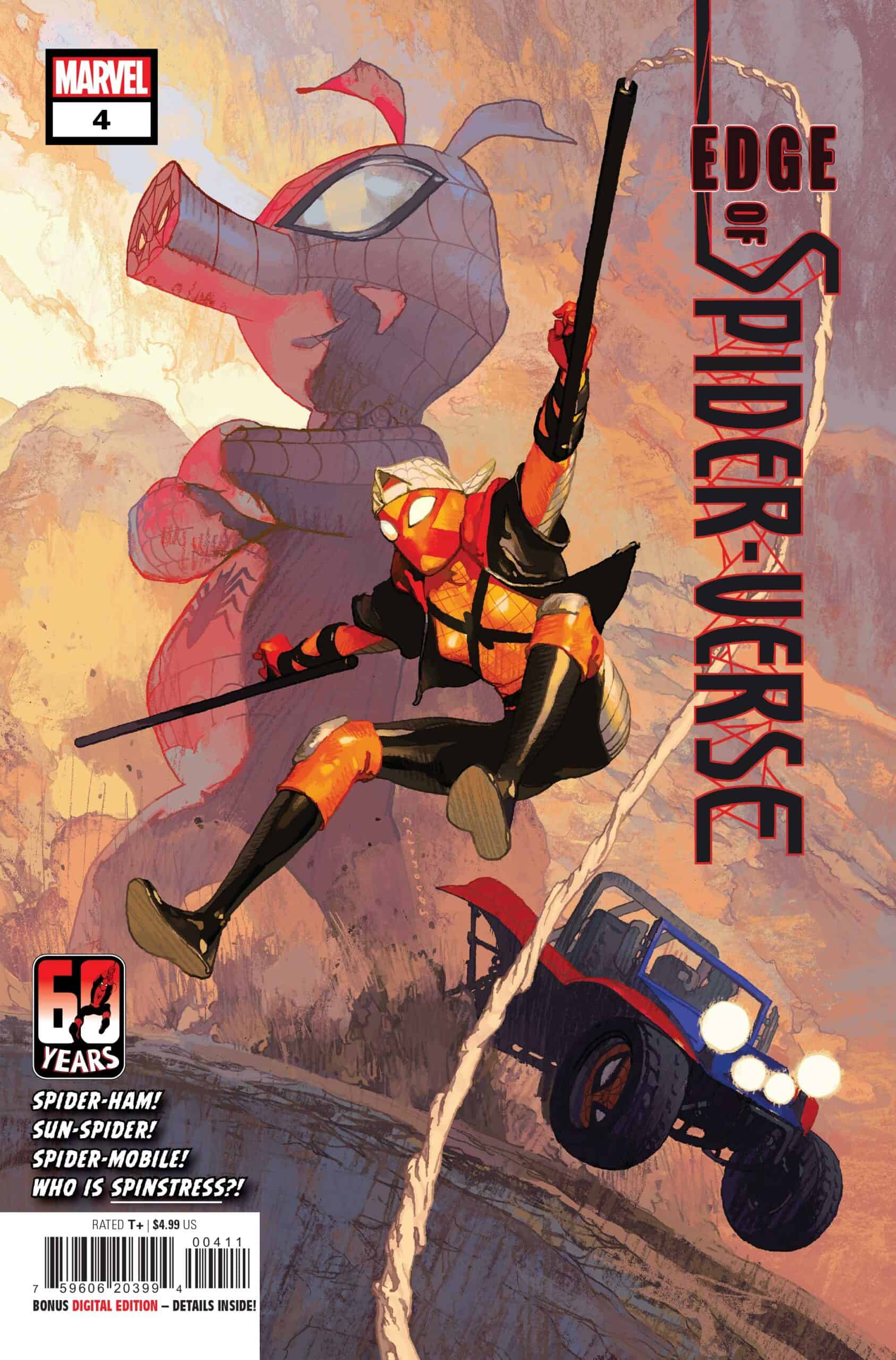 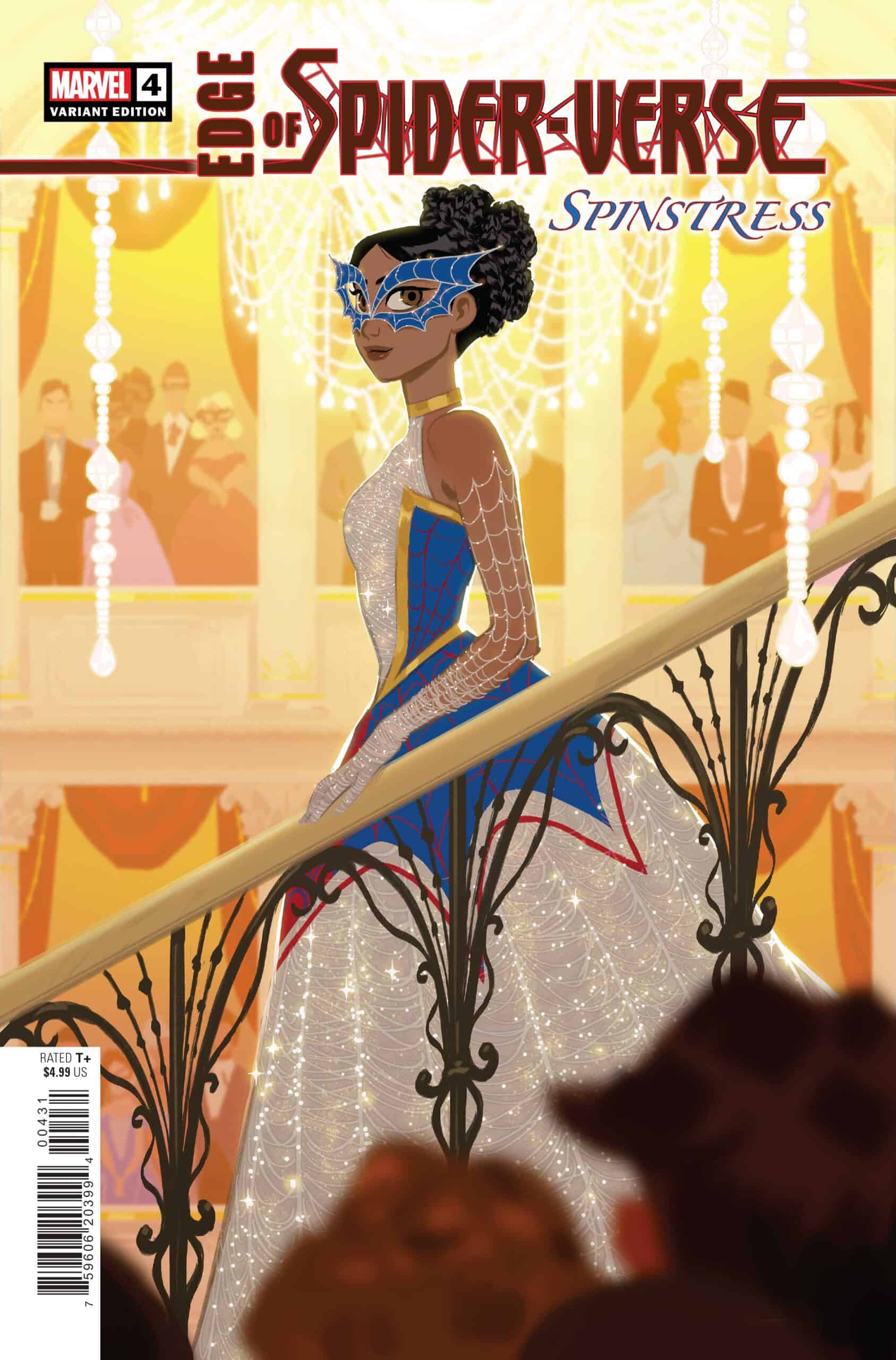 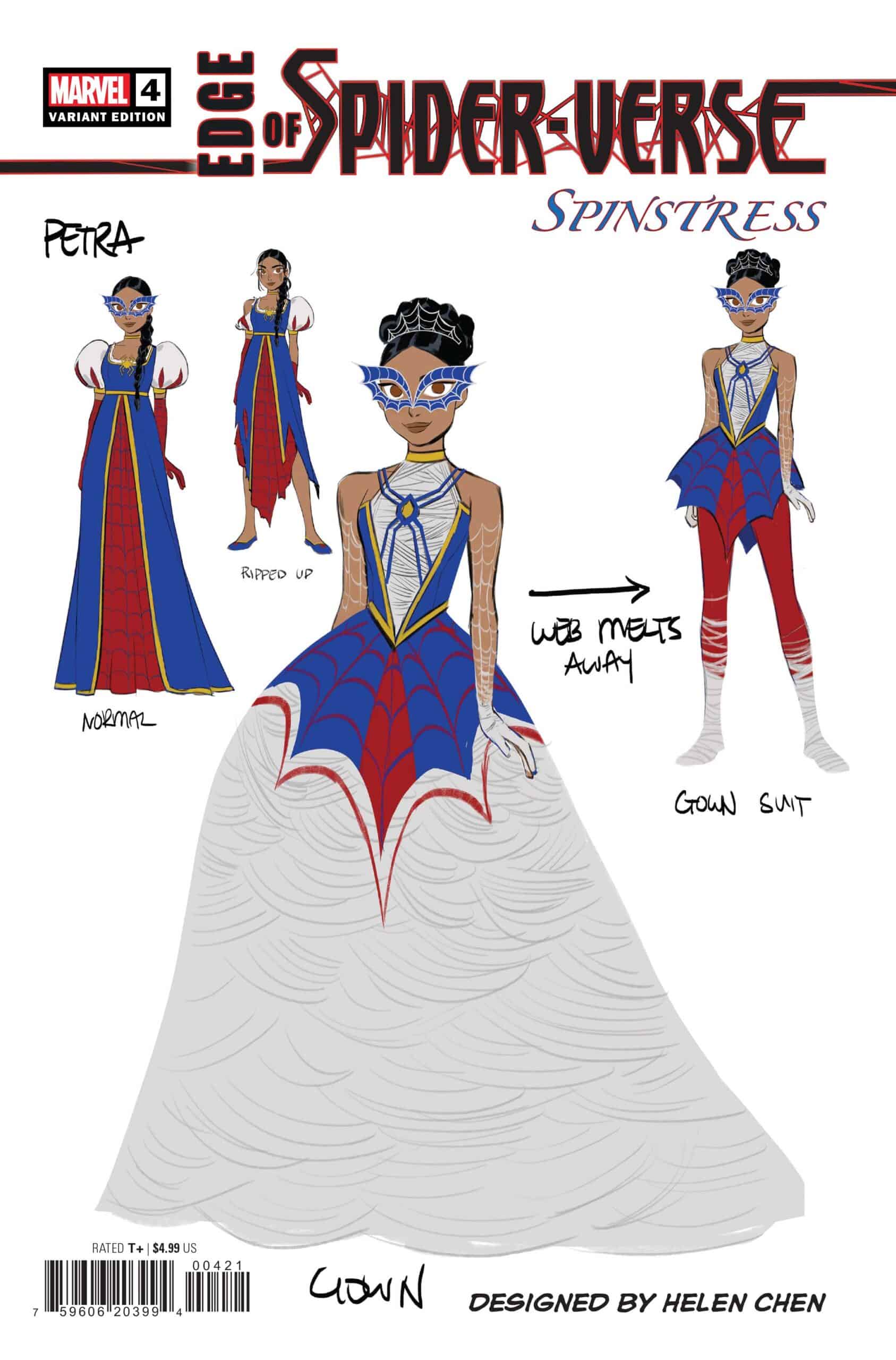 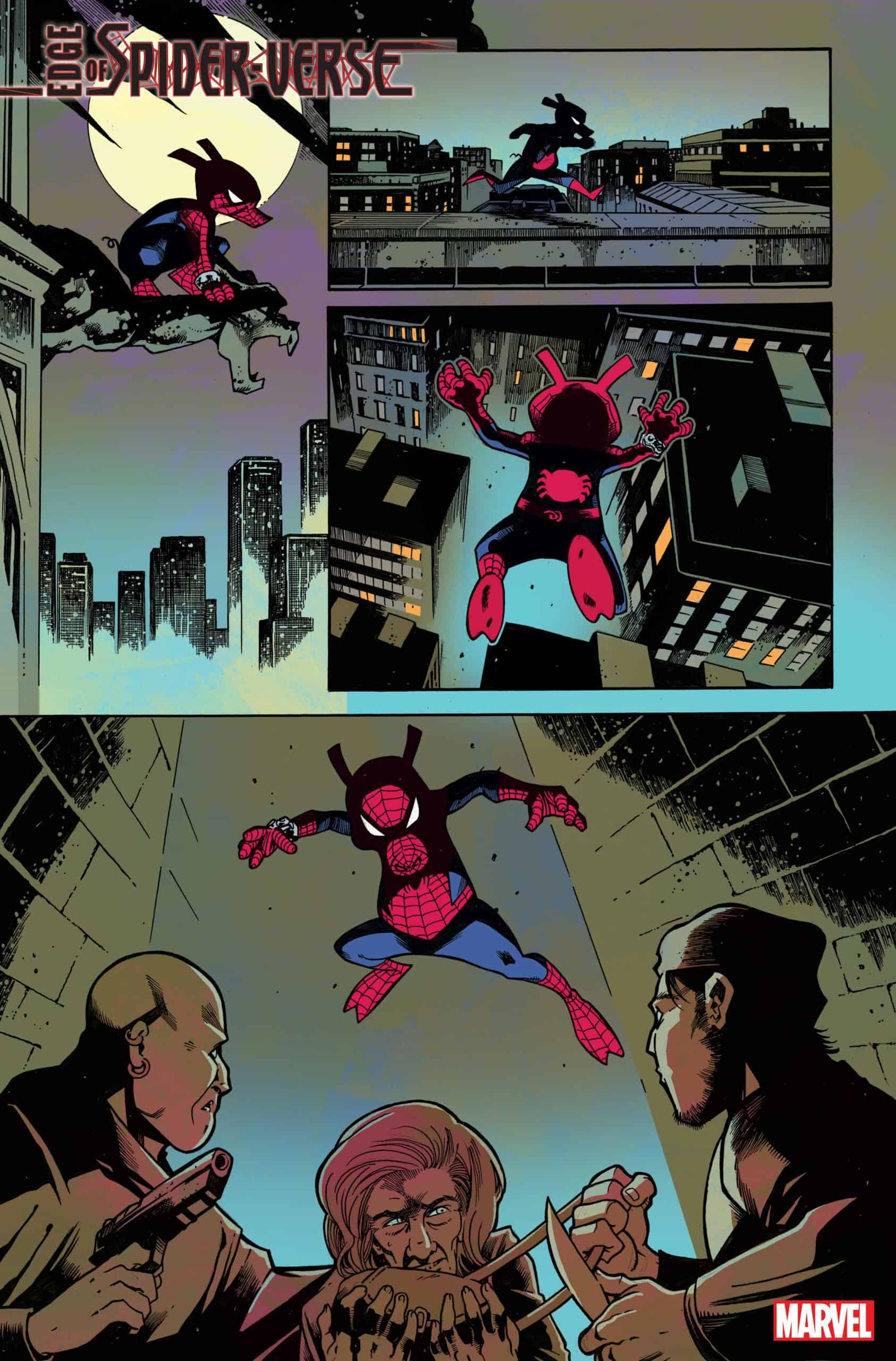 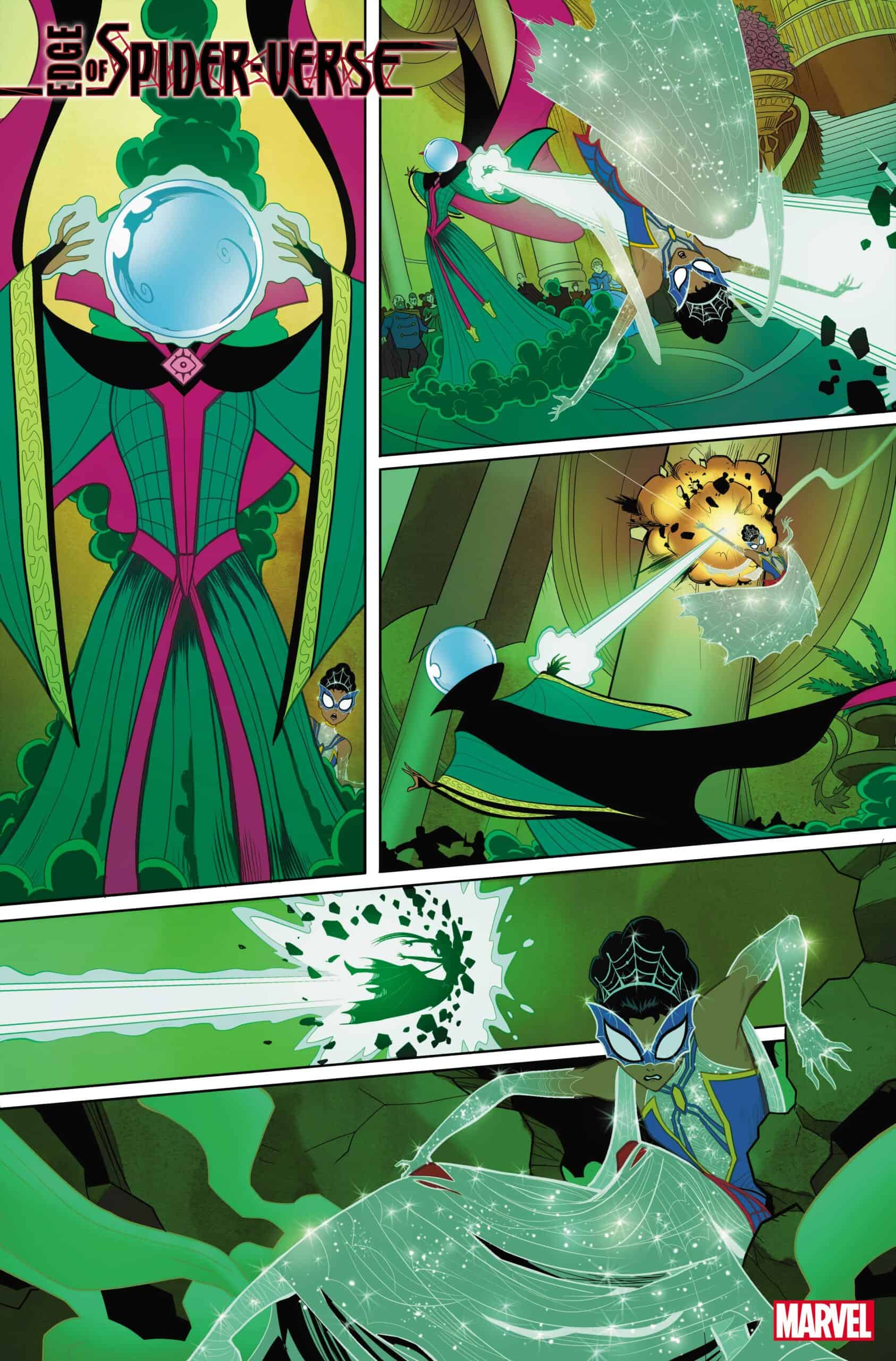 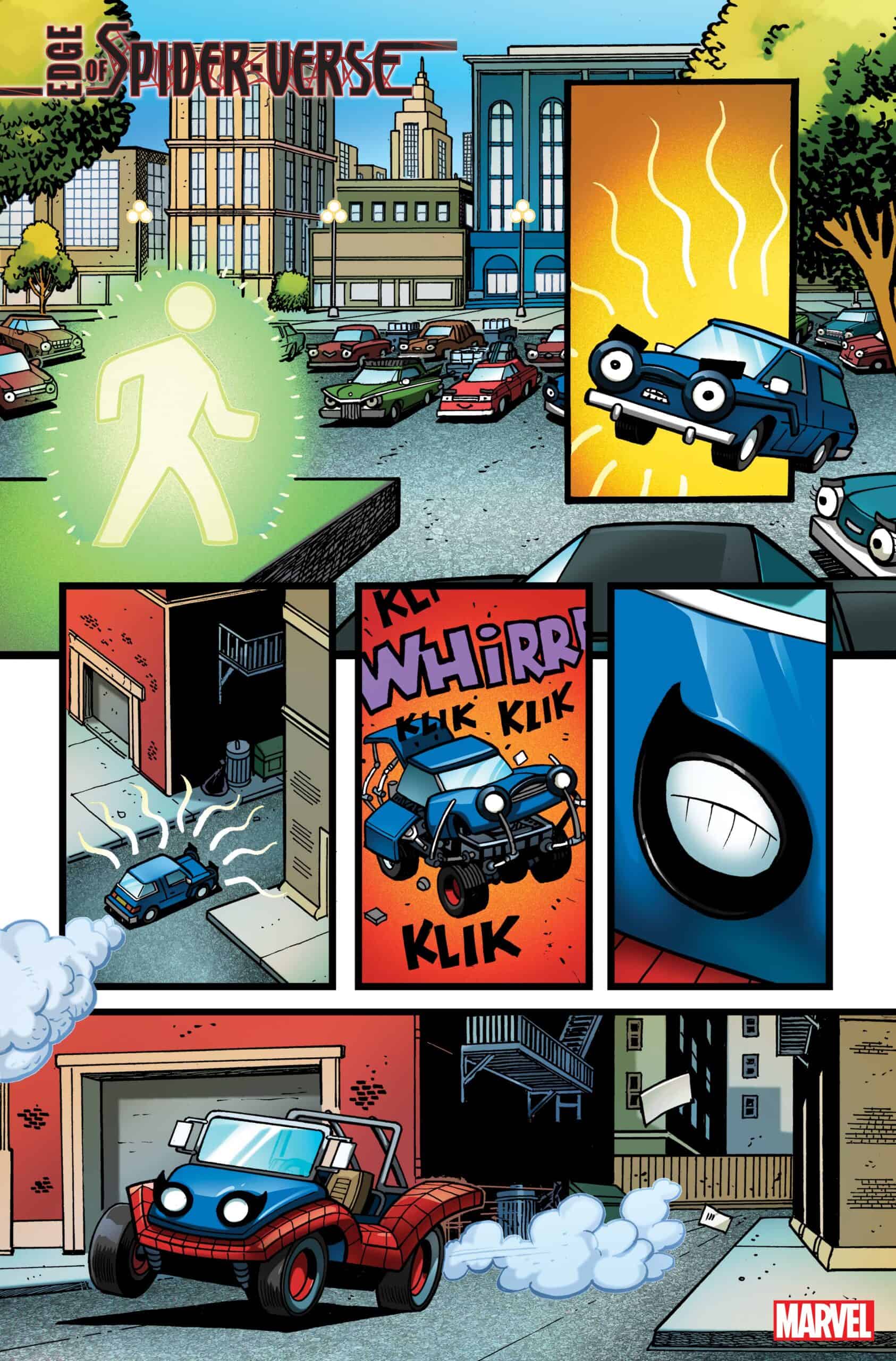 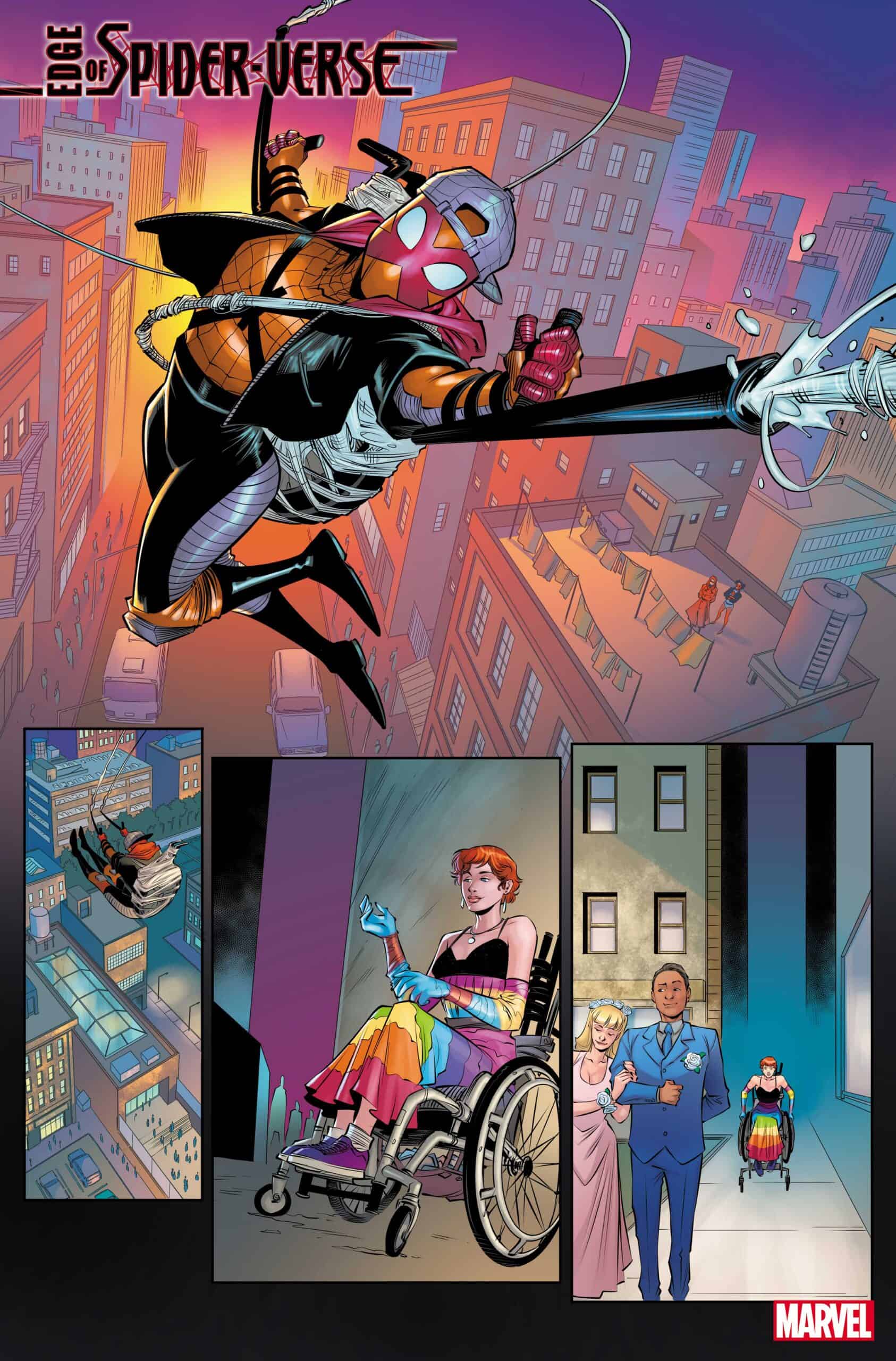