Marvel’s The Defenders is finally back! After being teased back in Marvel Comics #1000, Al Ewing and Javier Rodriguez unleash the team  in a five issue limited series featuring classic members, like Doctor Strange, Silver Surfer, and Cloud, along with new additions like the Masked Raider, and the Harpy (Betty Ross Banner). The team will be hunting down Marvel’s oldest villain, where the team will explore all of hidden secrets of the Marvel universe according to an exclusive interview with Newsarama. 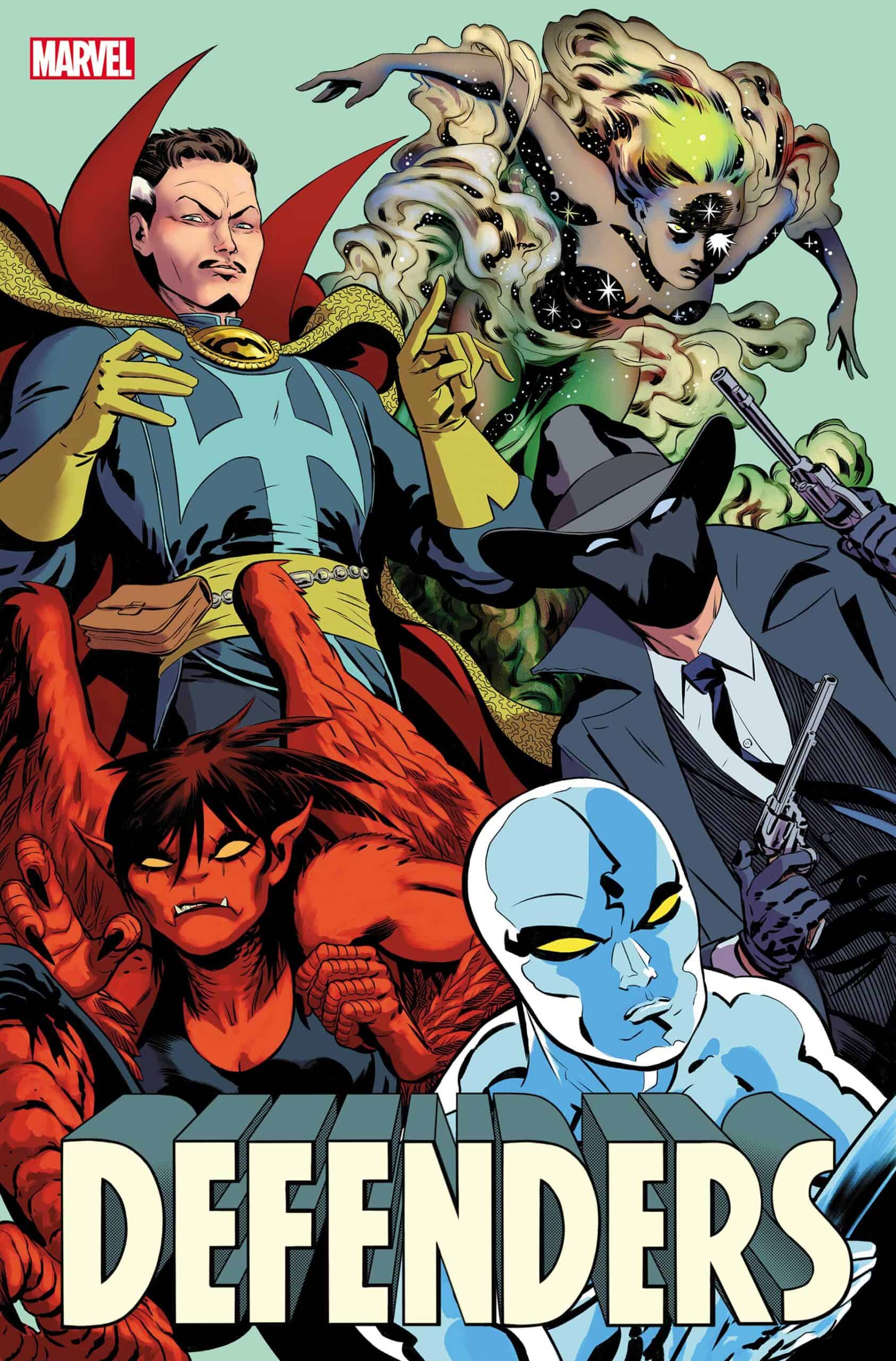 The Defenders is a team that dates back to the 70’s, that was the original non-team team, where the perennial loners, has bragged members that included Namor, the Hulk, Valkyrie, Son of Satan, Ghost Rider, Moon Knight, and several other stars, and starred in a series that lasted for 151 issues.

Ewing is wrapping up his award-winning run on Immortal Hulk, and returning to the team after masterminding the Defenders: The Best Defense event, and Rodriguez’s will be there to draw, ink, and color the entire miniseries. Marvel’s Defenders goes on sale August 11th, 2021!