NEWS WATCH: MARVEL’s Merc With The Mouth Is Back In Business In DEADPOOL #1!

Deadpool’s next era begins this November, and he’ll have to be more lethal than ever to handle what’s coming his way! Deadpool’s new ongoing series will be written by Alyssa Wong, known for her acclaimed work on thrilling books like Star Wars: Doctor Aphra and Iron Fist, and drawn by Martin Coccolo, the artist currently wowing readers in the action-packed Hulk vs. Thor: Banner of War crossover. The two rising Marvel stars will take out their pent-up aggression on everyone’s pizza-faced, jabber-mouthed, misguided, hate-to-love, love-to-hate fave in new Deadpool adventures loaded with riotous violence and relentless body horror. Deadpool’s latest solo exploits will kick off with a bang as a new mercenary group sends Deadpool on one of his most dangerous missions, an intoxicating villain unleashes a twisted plan on Wade’s body with horrifying side effects, and a hot new romance arrives on the scene to drive Wade crazy!

The world knows Wade Wilson is one of the top mercenary/assassins in the Marvel Universe, even if he is simultaneously the most annoying one…but he’s pushing to make that recognition official as he auditions for the elite group known as the Atelier. Now, he has 48 hours to kill one of the world’s most famous supervillains. Only problem? He’s been kidnapped, and something…strange…is GROWING INSIDE HIM.

“I love chaos. And what is Deadpool if not chaos incarnate? I’m honored to take the reins for Wade’s next solo adventure–expect romance, expect body horror, and expect a wild time!” Wong promises.

“Some time ago, I got to do a ten-page story for Deadpool: Black, White & Blood. It was an awesome albeit short experience which left me wanting for more, so when I was asked if I wanted to take the reins of a new Deadpool series, I responded with a resounding yes!” Coccolo said. “Then I got to read Alyssa’s script, and I loved it! Their script is inventive, dynamic, and a lot of fun, and working with Alyssa is an absolute joy. They are the best! So I honestly couldn’t be happier with this opportunity, and I think, or at least hope, that readers notice how fun this project is for everyone involved, and hopefully, they hop on the ride with us!”

Discover just how wild Wade Wilson’s life can get when DEADPOOL #1 arrives in November! For more information, visit Marvel.com. 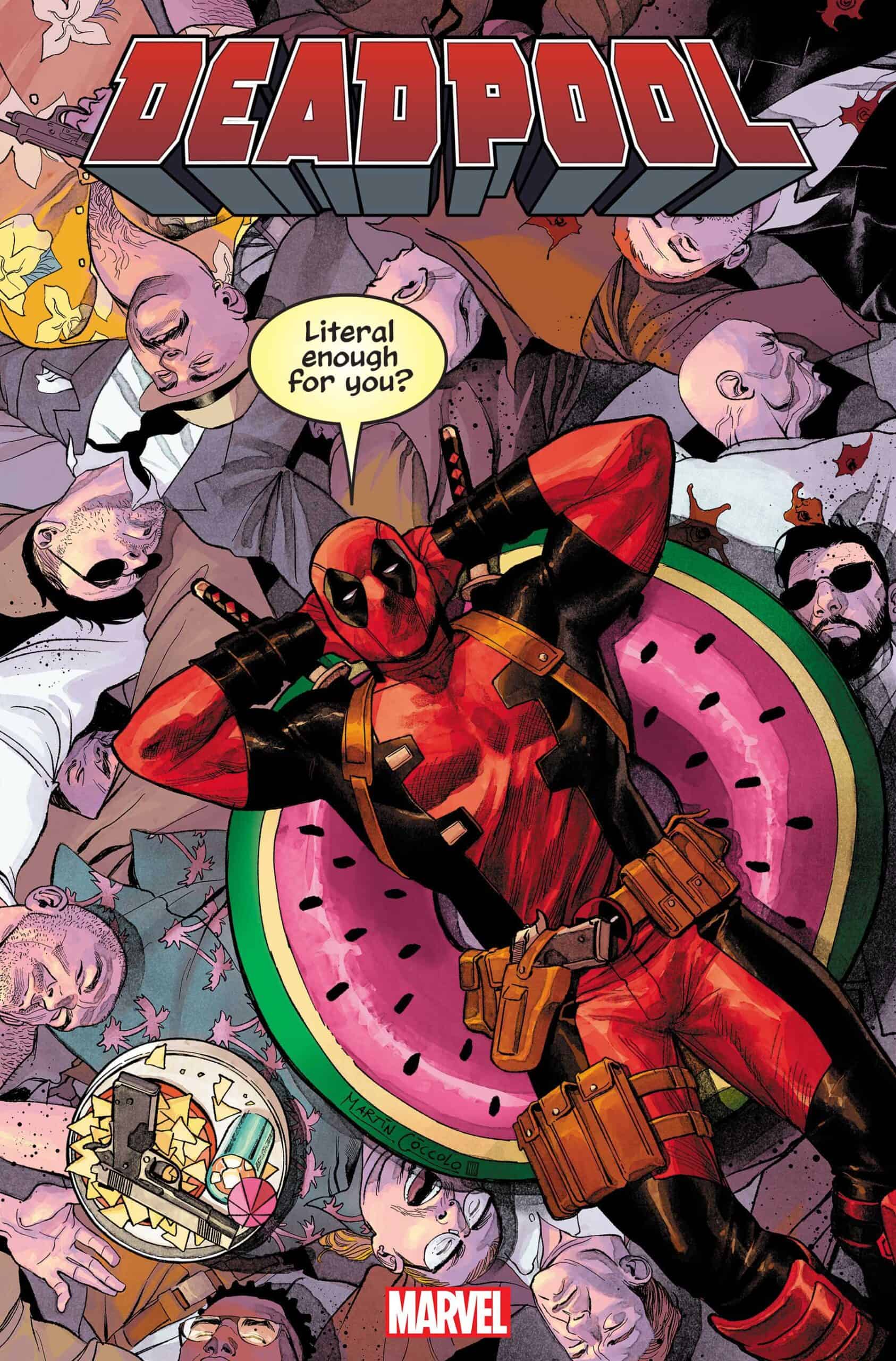 Art and Cover by MARTIN COCCOLO

NEWS WATCH: MARVEL’s Merc With The Mouth Is Back In Business In DEADPOOL #1!