On the current installment of Marvel’s Pull List Tucker Markus and Ryan Pnagos discuss the new titles being released in January as well as recapping all things Marvel from this year’s New York Comic-Con. You can check out cover art and synopsis’ from the exciting and upcoming January titles below. Make sure you stay tuned to Comic-Watch for all your comic news and reviews.

When a mysterious and ruthless new Ronin starts tearing a destructive path through the city, suspicion immediately falls on Hawkeye, but Clint has more to worry about than who’s wearing his old costume. After a clash with the Hood ends badly, Hawkeye gives himself a new mission that will place him in the crosshairs of one of New York’s most dangerous villains.

Hawkeye’s mission and Ronin’s secret plans will set them on a collision course that only one of them will walk away from. 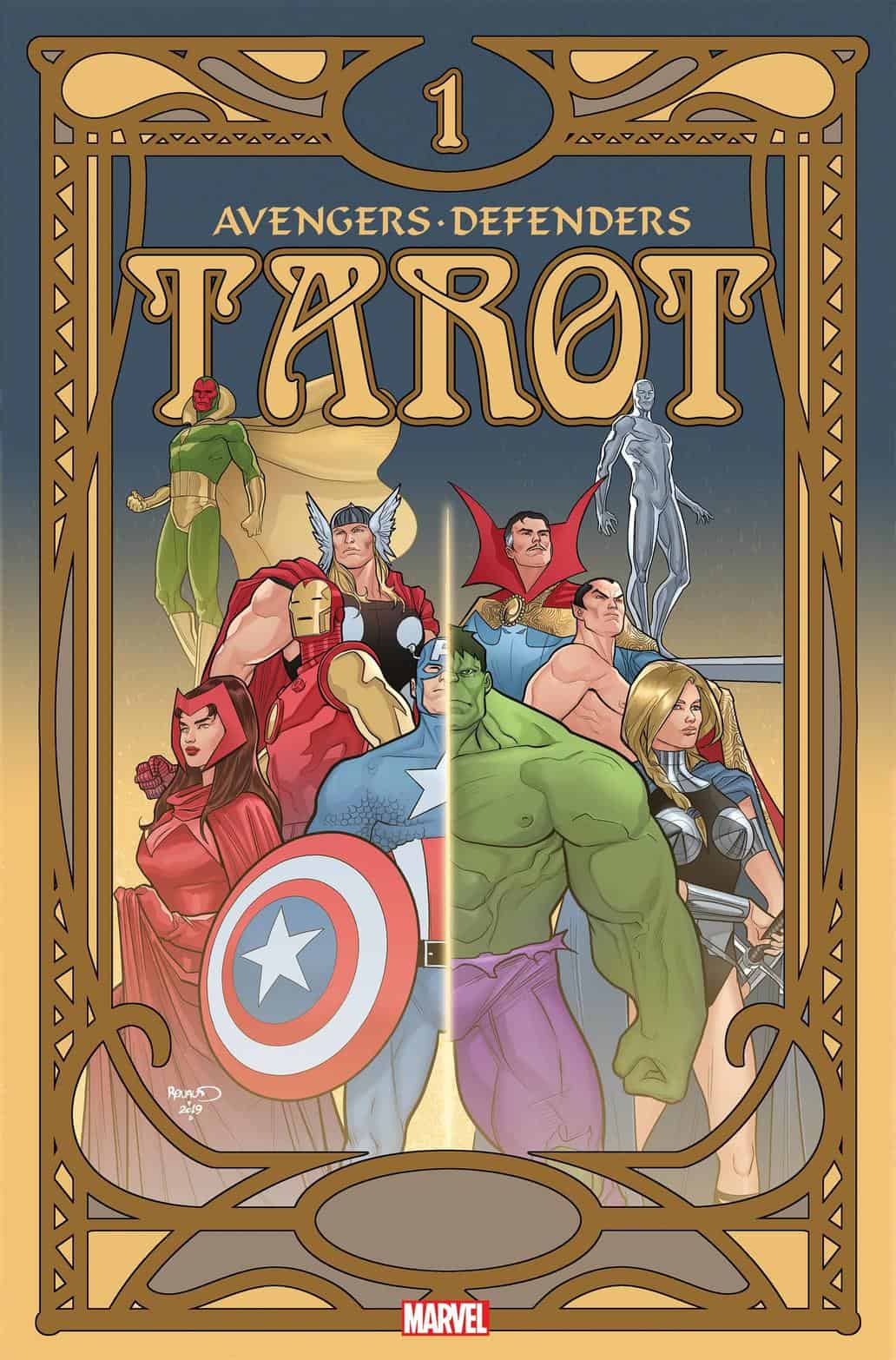 Art and Cover by PAUL RENAUD

A strange and impossible lost memory from his days in World War II draws Namor the Sub-Mariner to his one-time compatriot Captain America—but the two heroes and their respective allies find themselves pulled into a labyrinth of pain, destruction and madness courtesy of the Infernal Ichor of Ish’lzog! 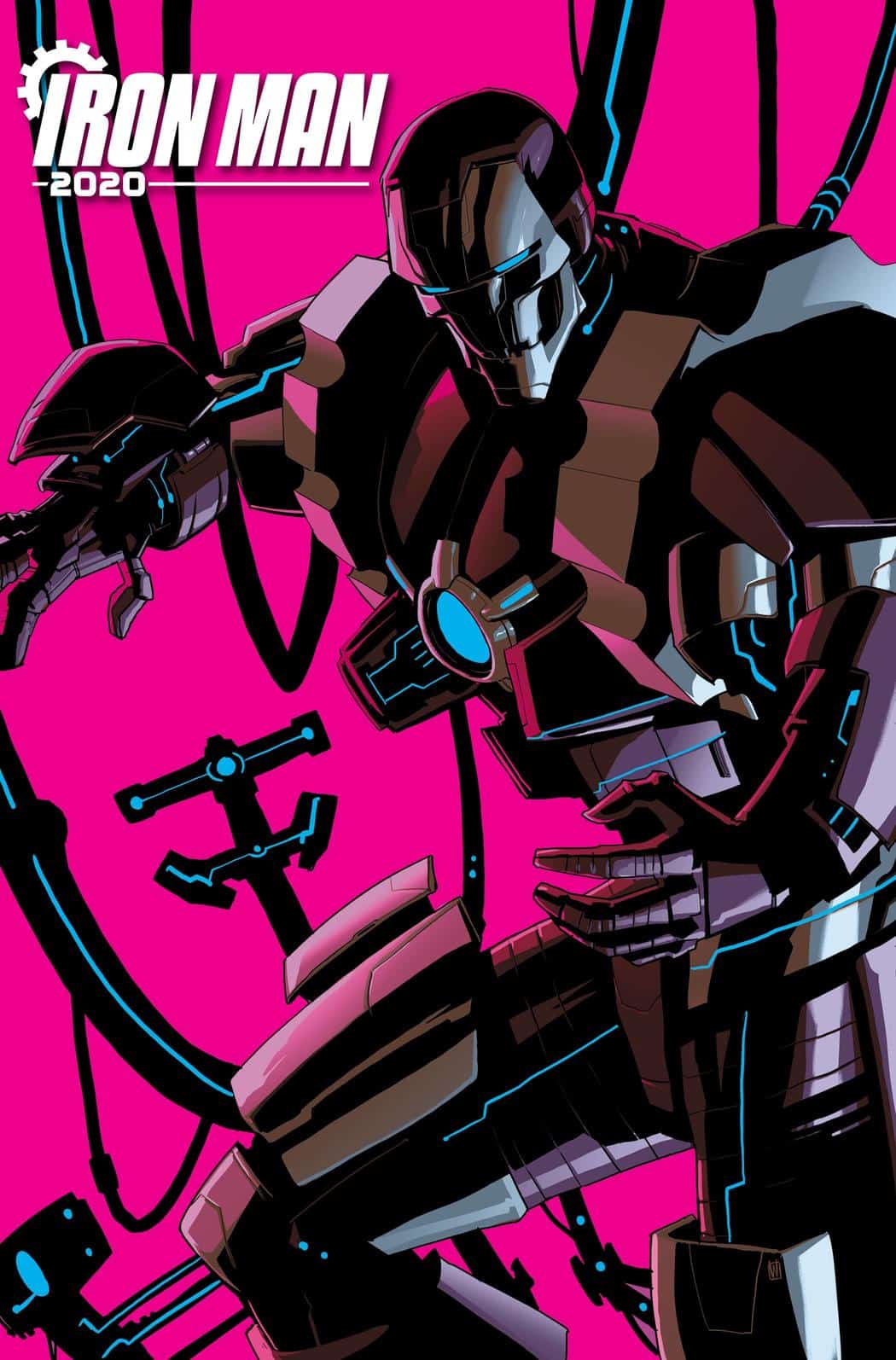 Art and Cover by PETE WOODS

In IRON MAN 2020, the future has arrived, and Artificial Intelligences present a clear and present danger to humanity and must be brought to heel! As the Robot Rebellion battles for the establishment of robot rights, someone new will don the Iron Man suit: Arno Stark, the long-lost brother of Tony Stark.

But Arno Stark won’t be alone: War Machine, Rescue, Ironheart will all have roles to play in the new series. The Robot Rebellion will also feature some familiar robots from the Marvel Universe including Machine Man AKA Aaron Stack, Jocasta, the Vision, Albert (the robotic Wolverine character), Elsie-Dee, Machinesmith, Nick Fury LMDs, Death’s Head, the Mad Thinker and his Awesome Android, Quasimodo, H.E.R.B.I.E., the Dreadnaughts, Brynocki, Alkhema, and M-11.

After the hellish horrors of ABSOLUTE CARNAGE, the Ravencroft Institute has received a much-needed facelift and is open for business with a new staff, including JOHN JAMESON, looking to atone for the part he played in ABSOLUTE CARNAGE. But will Ravencroft return the mentally unstable villains of the Marvel Universe to upstanding citizens and give John the redemption he’s looking for, or will they fall prey to the hospital’s seemingly sinister nature?

In the aftermath of ABSOLUTE CARNAGE, the Marvel Universe still needs a place to treat and rehabilitate the criminally insane, and efforts to reconstruct RAVENCROFT are well underway. But Ravencroft is no ordinary facility, and untold secrets may yet be waiting to be unearthed in the destruction Carnage left after his attack on the facility. 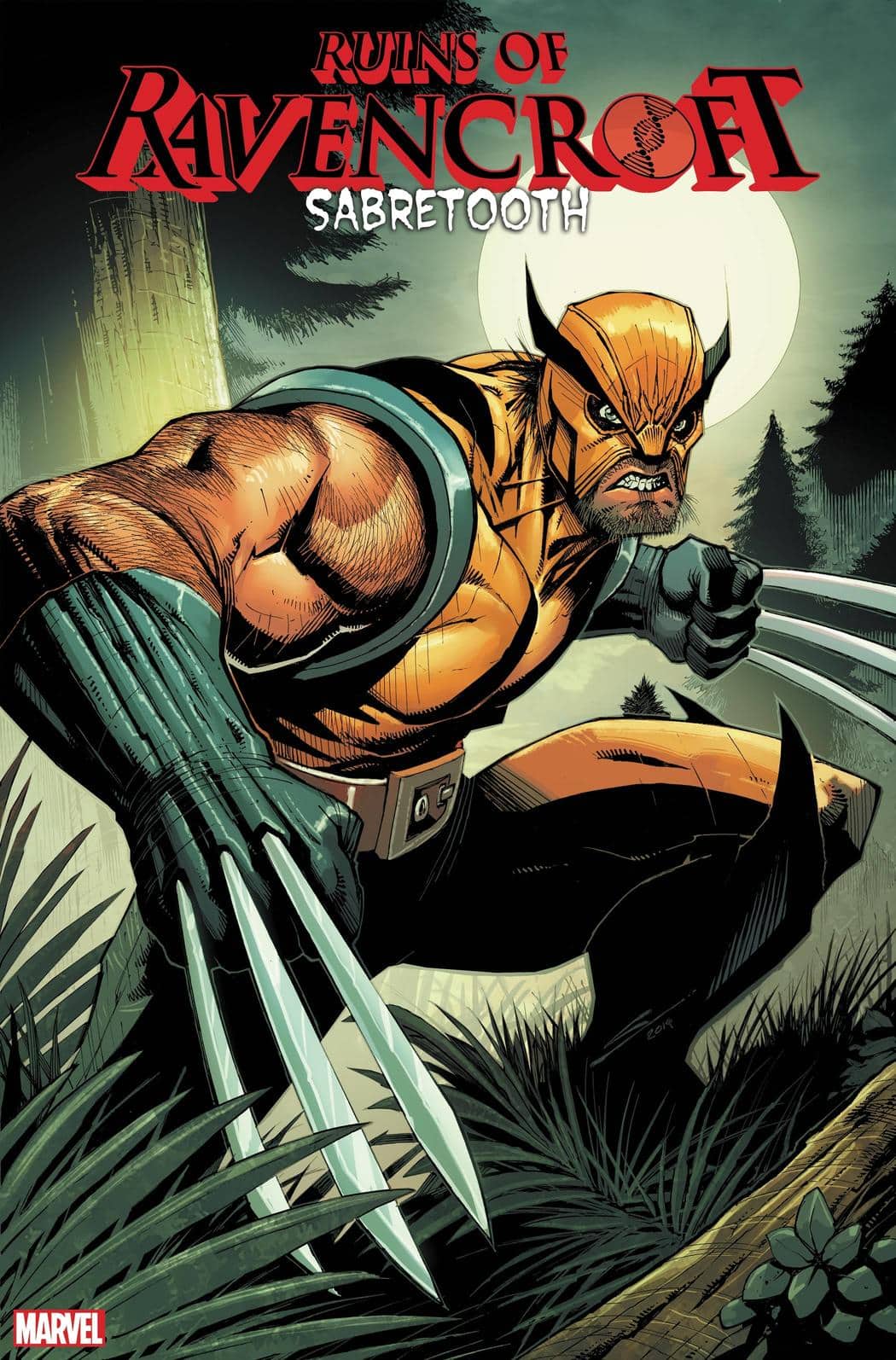 The history of the Ravencroft Institute for the Criminally Insane has been shrouded in mystery for years. NO LONGER! In the wake of ABSOLUTE CARNAGE, the facility’s past has started to unravel, and in doing so has revealed hidden chapters in the lives of some of the Marvel Universe’s most recognizable heroes and villains!

To the men and women of the Marvel Universe, Ravencroft Institute for the Criminally Insane appeared to be a hospital devoted to the rehabilitation of society’s most violent offenders. But appearances can be deceptive, and—as Captain America learned the hard way—some secrets have teeth.

The prince is now a king. All Asgard lies before Thor, the God of Thunder. And after many months of war, the Ten Realms are finally at peace. But the skies above the Realm Eternal are never clear for long… The Black Winter is coming. And the God of the Storm will be powerless before it. 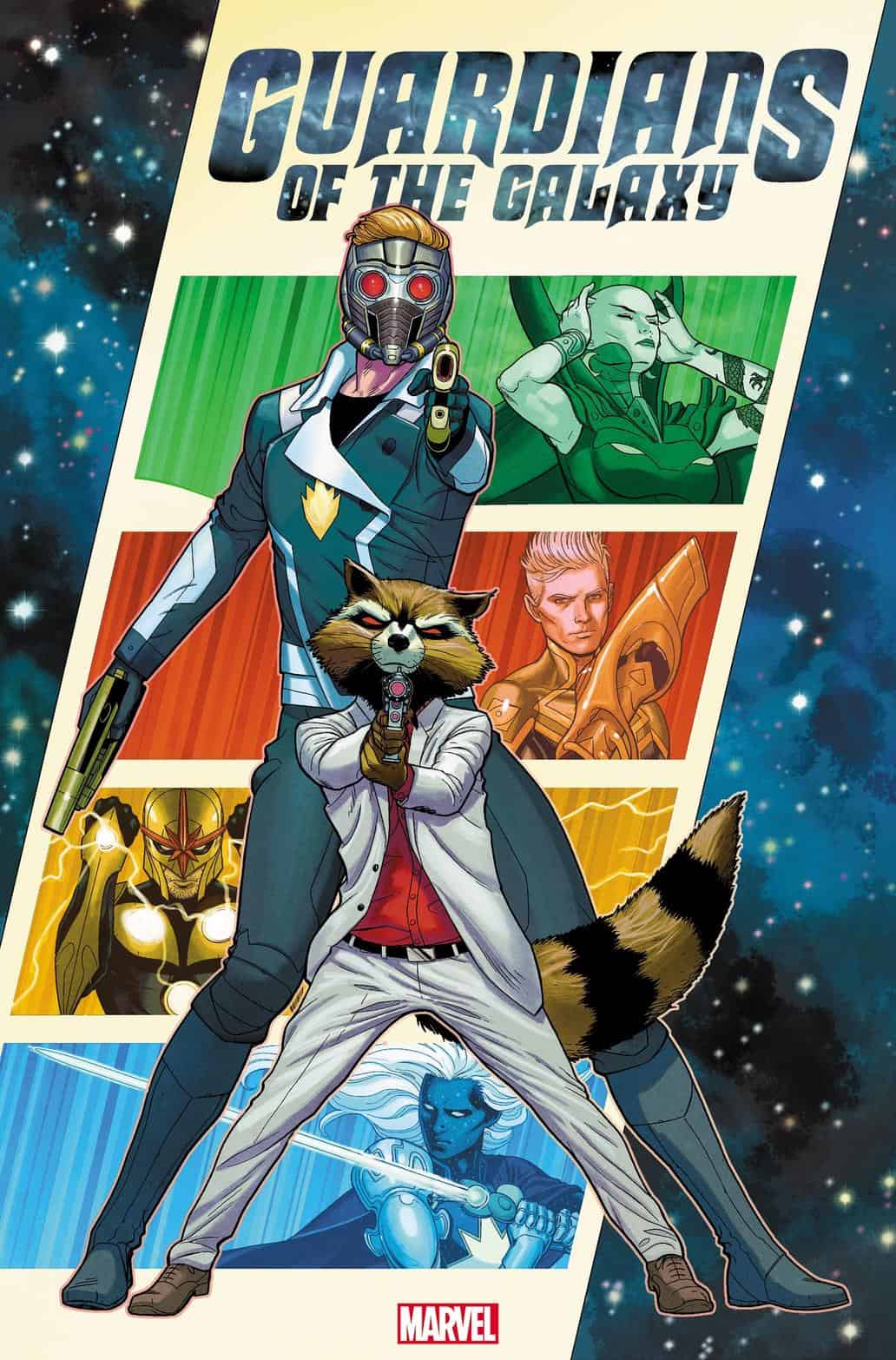 GUARDIANS OF THE GALAXY #1

Art and Cover by JUANN CABAL

Once, the Guardians of the Galaxy were a team of misfits. Now they’re a family, and they’ve earned their peace. But the universe is not a peaceful place — and it’s only getting worse. The Great Empires are in turmoil. The rule of law is dead. And amidst the chaos, the Gods of Olympus have returned — harbingers of a new age of war, reborn to burn their mark on the stars themselves. Someone has to guard the galaxy — but who will accept the mission? And will they survive it? 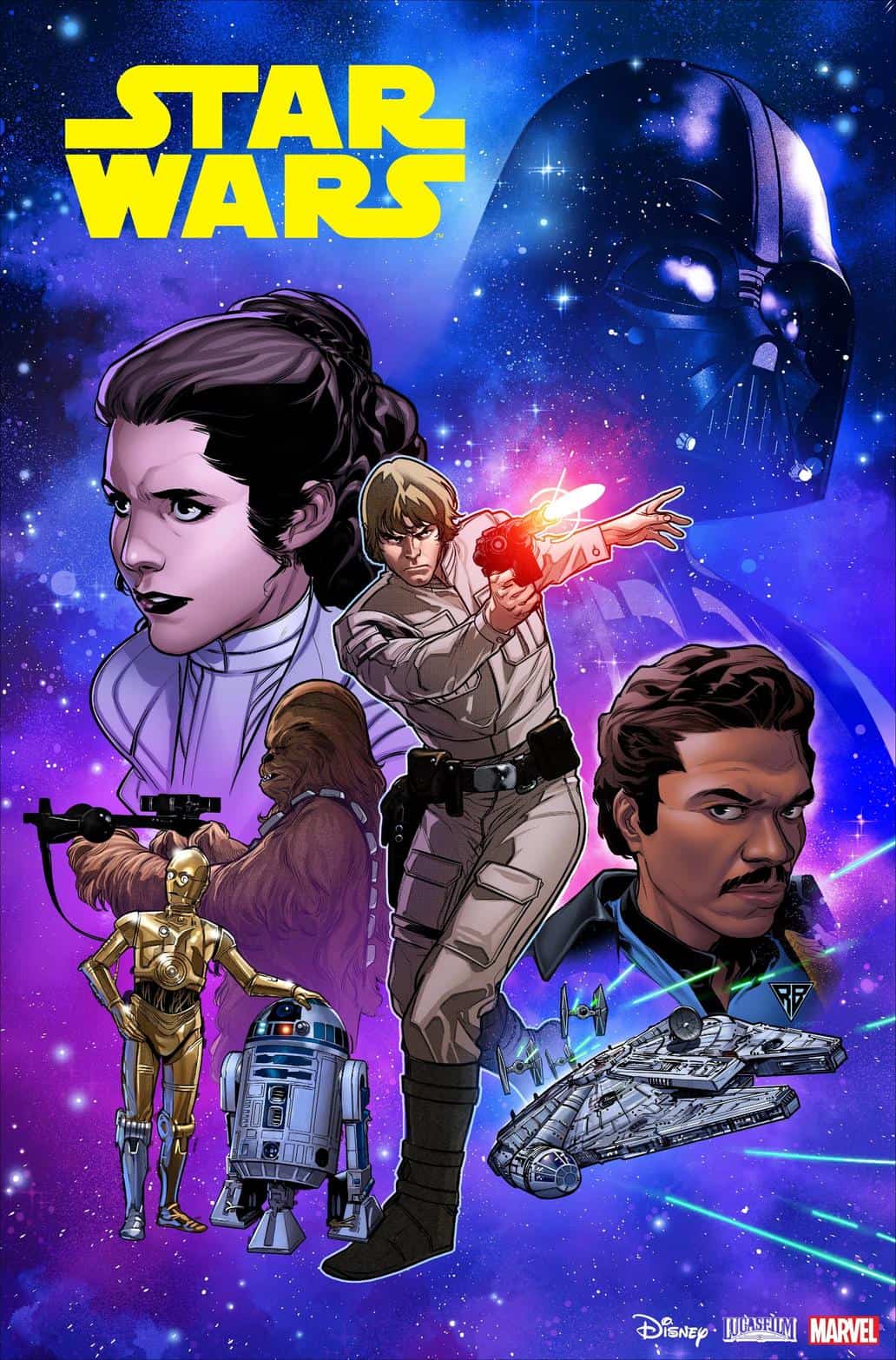 In the wake of The Empire Strikes Back, it is a dark time for the heroes of the Rebellion. The Rebel fleet…scattered following a disastrous defeat at the Battle of Hoth. Han Solo…lost to the bounty hunter, Boba Fett, after being frozen in carbonite. And after being lured into a trap on Cloud City and bested in a vicious lightsaber duel against the evil Darth Vader, Luke Skywalker…learned the horrible truth about his noble Jedi lineage.

Now, after narrowly escaping the Dark Lord’s clutches, wounded and reeling from the revelation, Luke joins Princess Leia, Lando Calrissian, Chewbacca, and the droids C-3PO and R2-D2 to fight their way back to the Rebel Alliance. But what Leia, Luke, and their ragtag band of freedom fighters don’t realize…is that they have only traded one Imperial trap for another! Enter the cunning and vengeful Imperial Commander Zahra, at the helm of the Tarkin’s Will!

The greatest space adventure of all time continues this January!

Keep an eye out for our review coverage of these and other new titles!