Squirrel Girl has taken down Thanos and Doctor Doom – but now she faces something far more terrifying… living authentically. The new series follows Empire State University college student, Doreen Green, who has recently been outed as a superhero – The Unbeatable Squirrel Girl! Hoping to unify her personas in the public eye, Squirrel Girl has created a new student radio show on ESU’s own college station. With the help of her best girlfriend, Nancy Whitehead as producer, and her best squirrel-friend, Tippy-Toe in the booth; Doreen is ready to help more people than ever with her greatest superhero advice. And when the going gets rough, she can always lean on her heroic friends: Iron Man, Spider-Man, Chipmunk Hunk, Koi Boi, and Brain Drain.

However, with a call-in show comes caller anonymity and not all the folks on the line want help – some want to crime – and crime hard! When a suspicious caller wreaks havoc on New York City, Squirrel Girl and her friends will have to put their heroics to the test and prove that once and for all Doreen Green is the UNBEATABLE Squirrel Girl.

Check out the preview:

Ryan North, whose four-year run  on THE UNBEATABLE SQUIRREL GIRL garnered a devoted fan-following said about this new project:

“For me, a lot of the fun of the project initially was getting to work in a new medium, one where everything that happened had to be communicated through sound. Of course, once we started recording, my favorite part was hearing the actors bring these characters to life. Milana and Crystal are Doreen and Nancy, and the way Leo and Davied and Peter brought Koi Boi, Chipmunk Hunk, and Brain Drain to life was just exceptional. The podcast continues right where the comics left off, so long-time fans will feel instantly at home, but it’s also built for new people who maybe have never encountered the world of the Unbeatable Squirrel Girl before.”

Like the comics, the podcast series has Squirrel Girl’s same uber-positive, fun-loving tone that fans have come to know and love. And for fans who want even more of Doreen Green, North wrote an all-new Squirrel Girl vertical comic tie-in which launches today on Marvel Unlimited, Marvel’s digital comics subscription service. 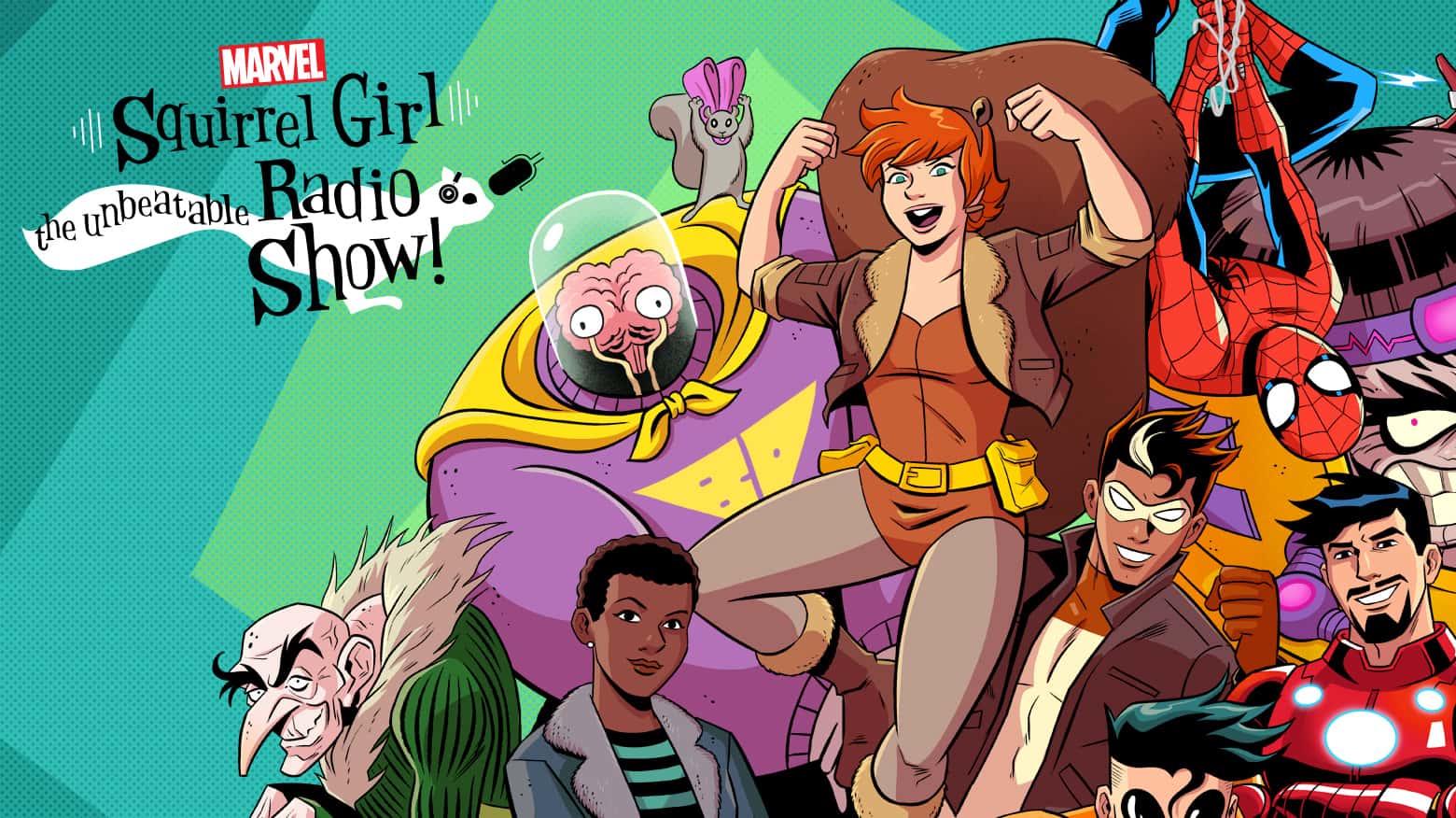 The SQUIRREL GIRL one-shot, which is a prequel to the podcast, is now available on the app in the exclusive Infinity Comics format. 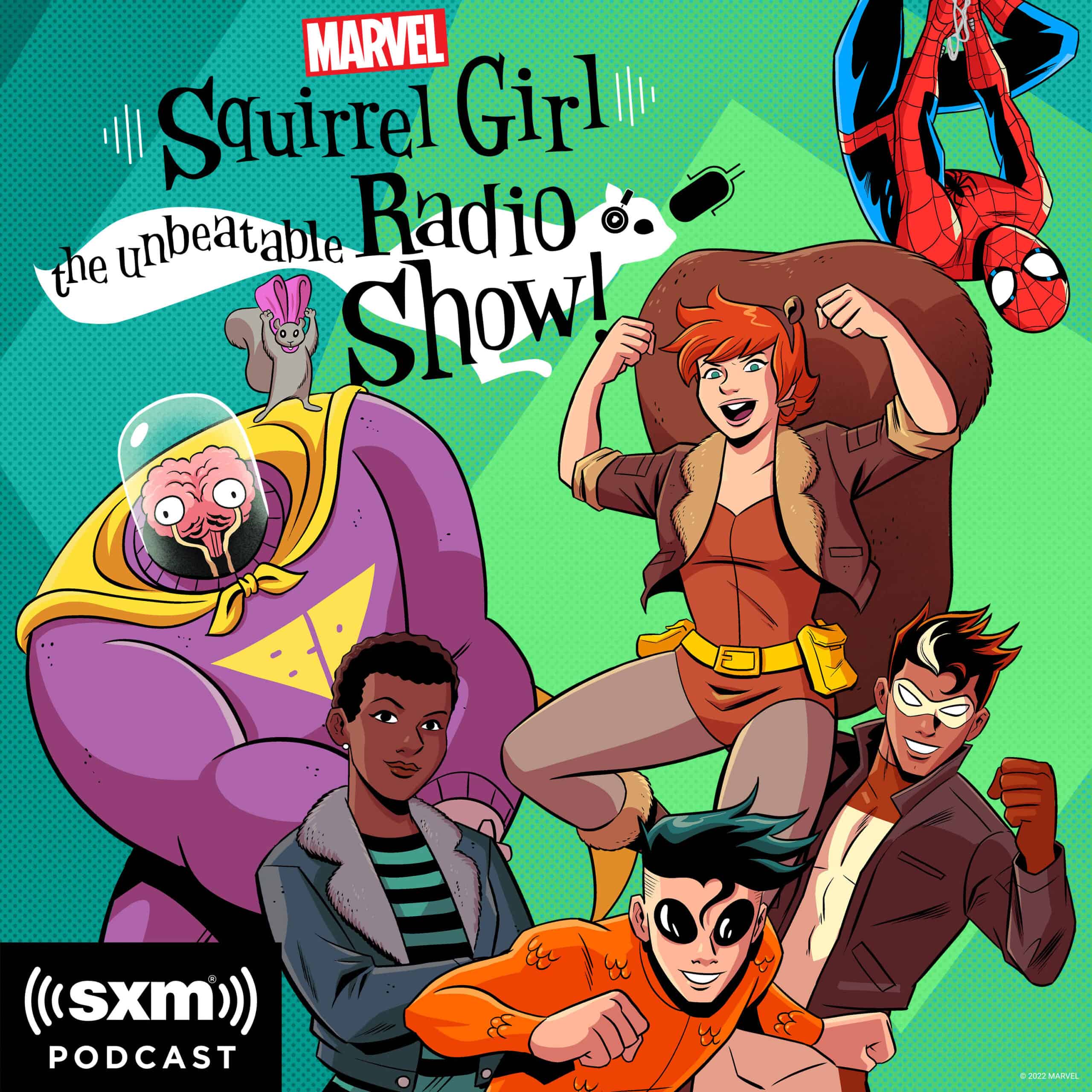 The first episode of Marvel’s Squirrel Girl: The Unbeatable Radio Show! is available now on all podcast platforms. Fans can also get early access to next week’s episode starting today via the SXM App or by subscribing to Marvel Podcasts Unlimited on Apple Podcasts, which also has exclusive bonus content! Future episodes will be available exclusively via the SXM App and Marvel Podcasts Unlimited for one week before being available widely on Pandora, Stitcher, and all major podcast platforms in the U.S. Learn more at Marvel.com/SquirrelGirlPodcast.