Marion, recalling her trauma and the promise of the fight for justice, realizes that abusive men will never face true justice for their crimes in a patriarchal world. As Marion’s monstrous transformation nears its completion, she decides to take matters into her own hands and sets her sights on those who wronged her and her sister. The hunt is on as Marion’s rage transforms into bloody revenge—sometimes it takes a MONSTER to stop other monsters… 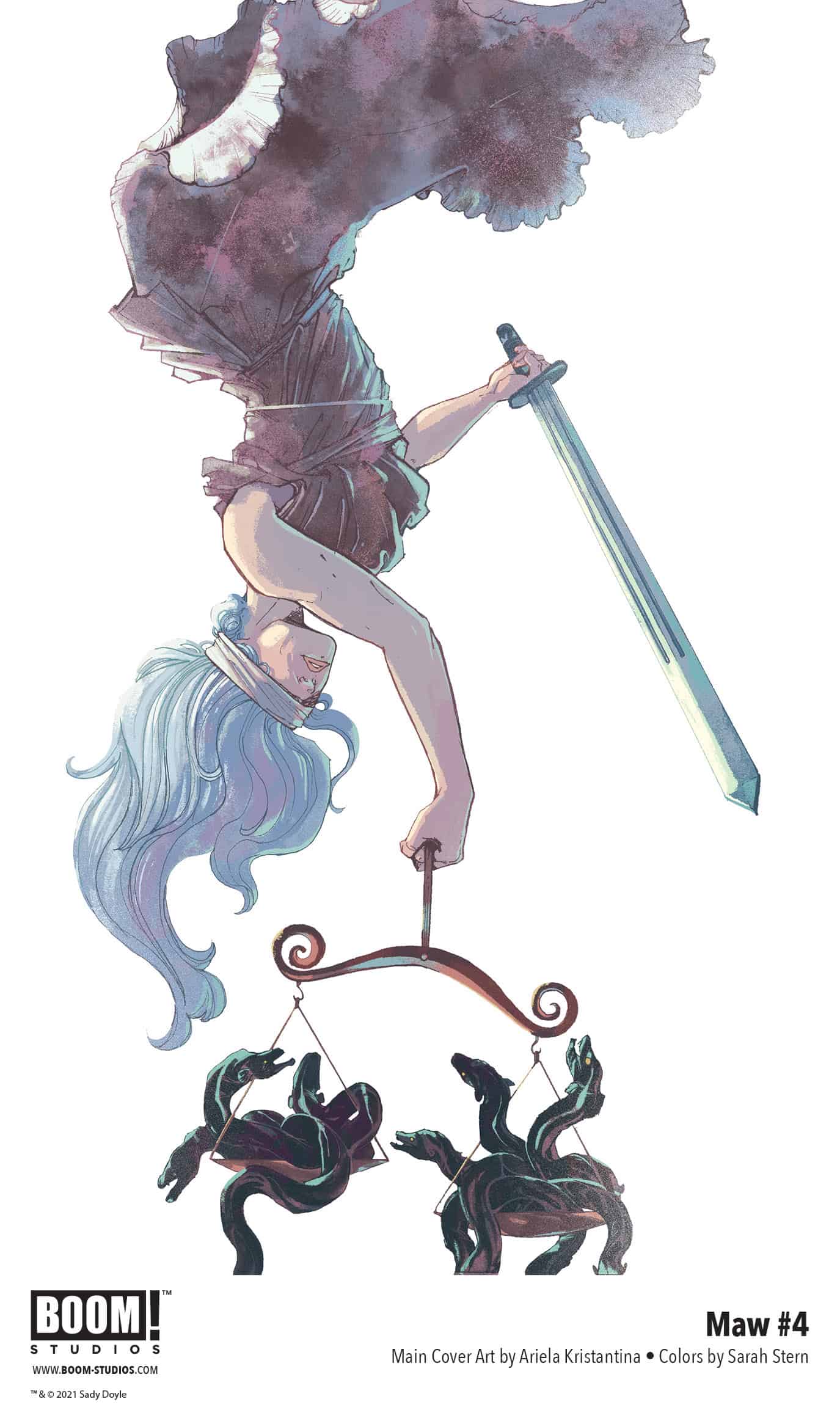 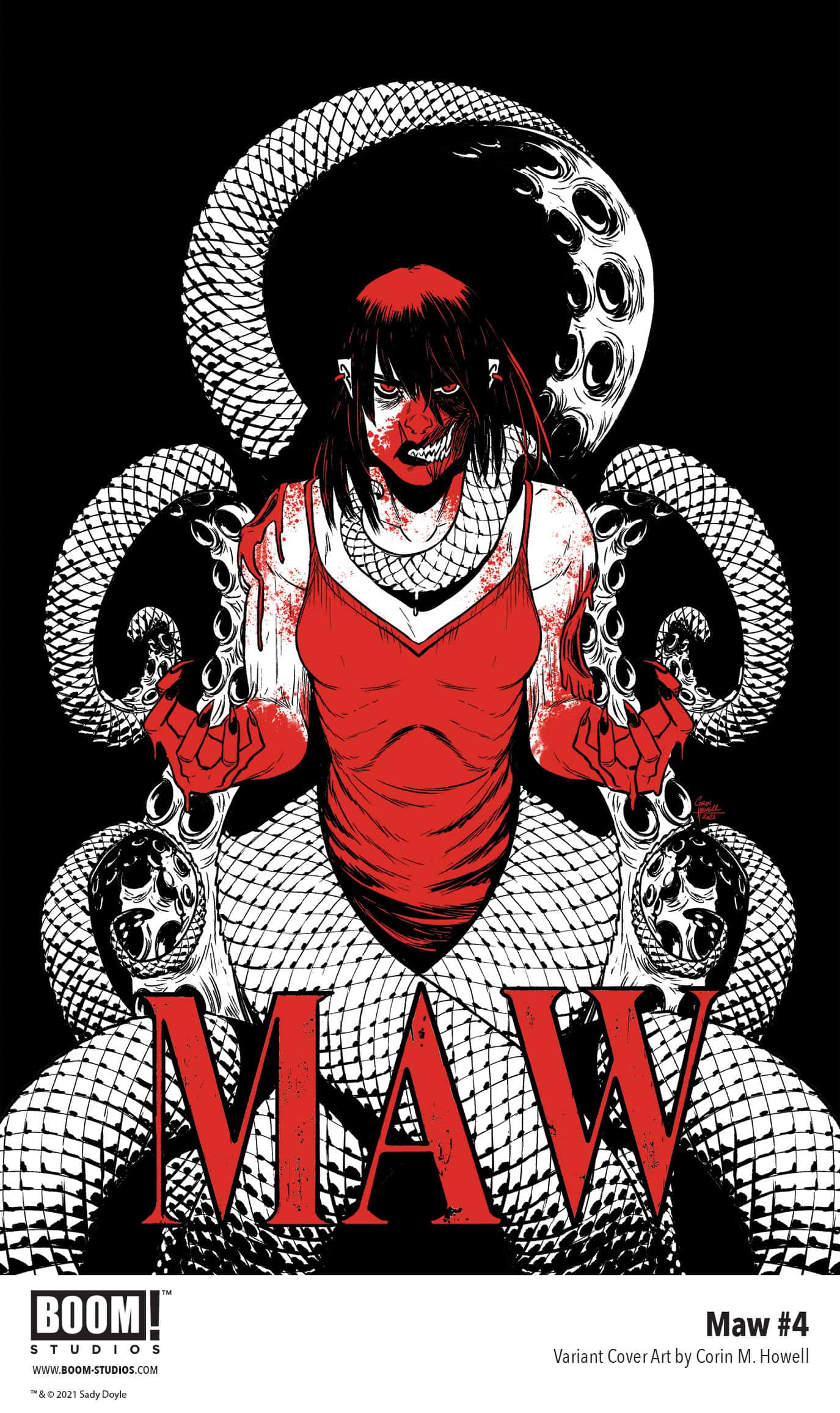 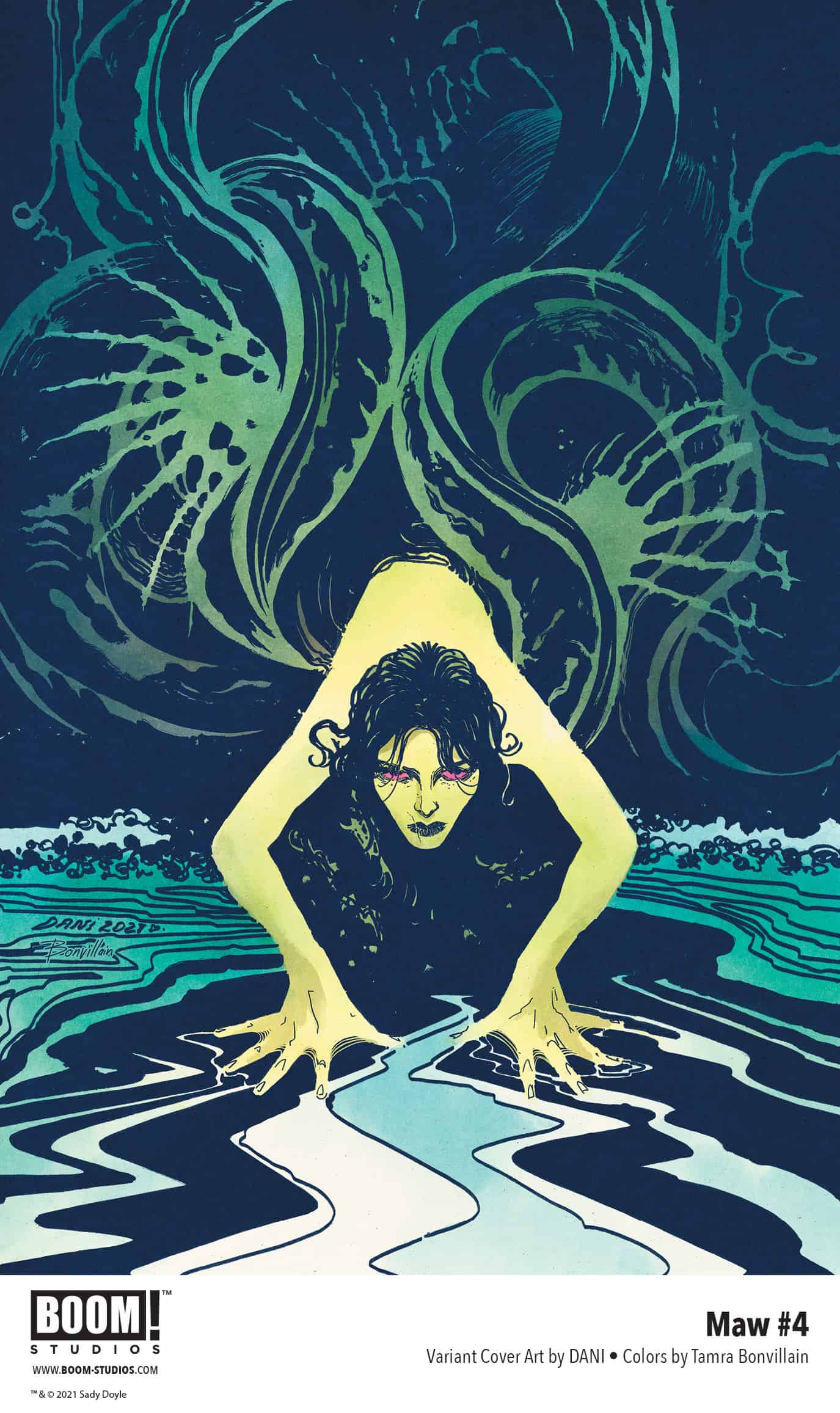 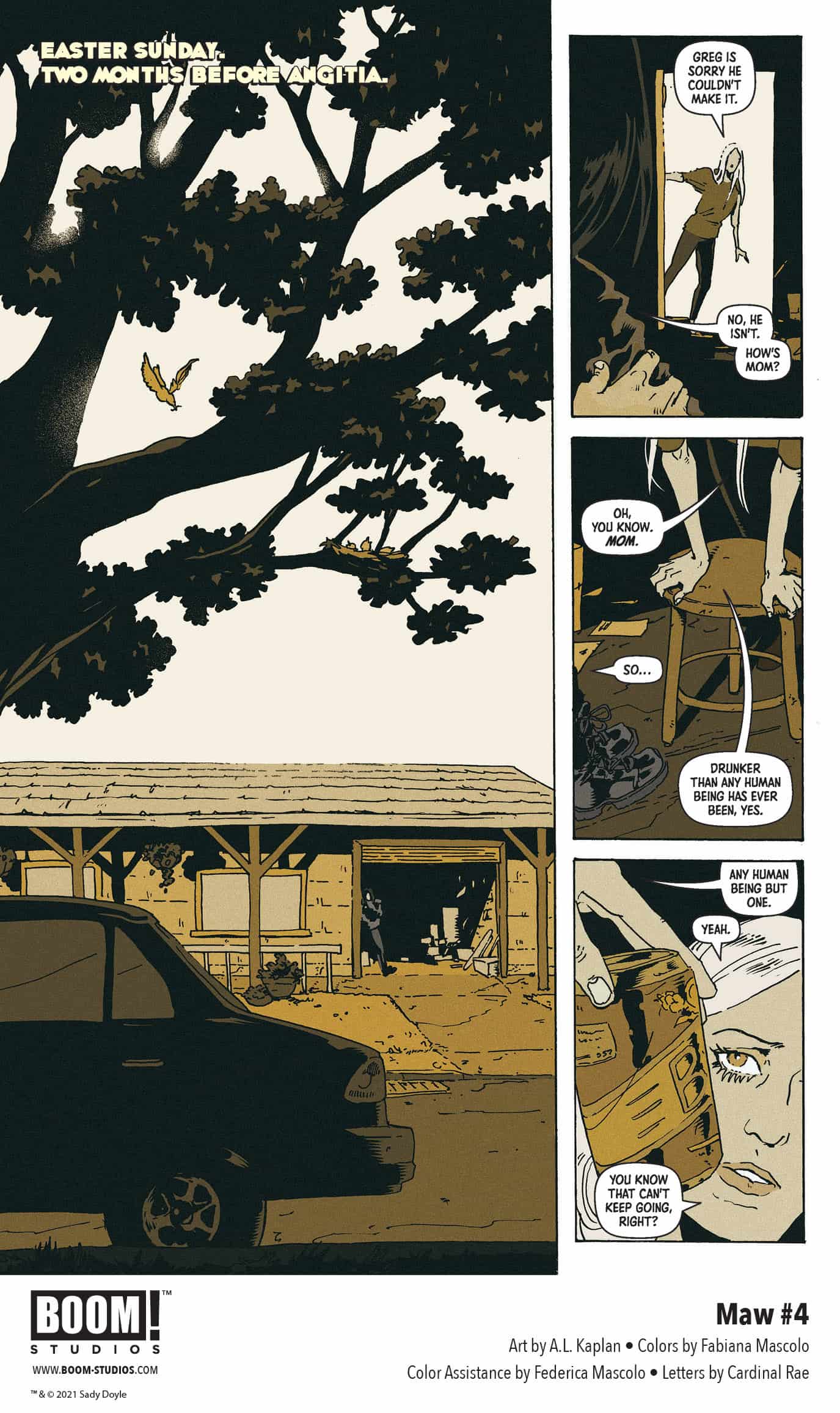 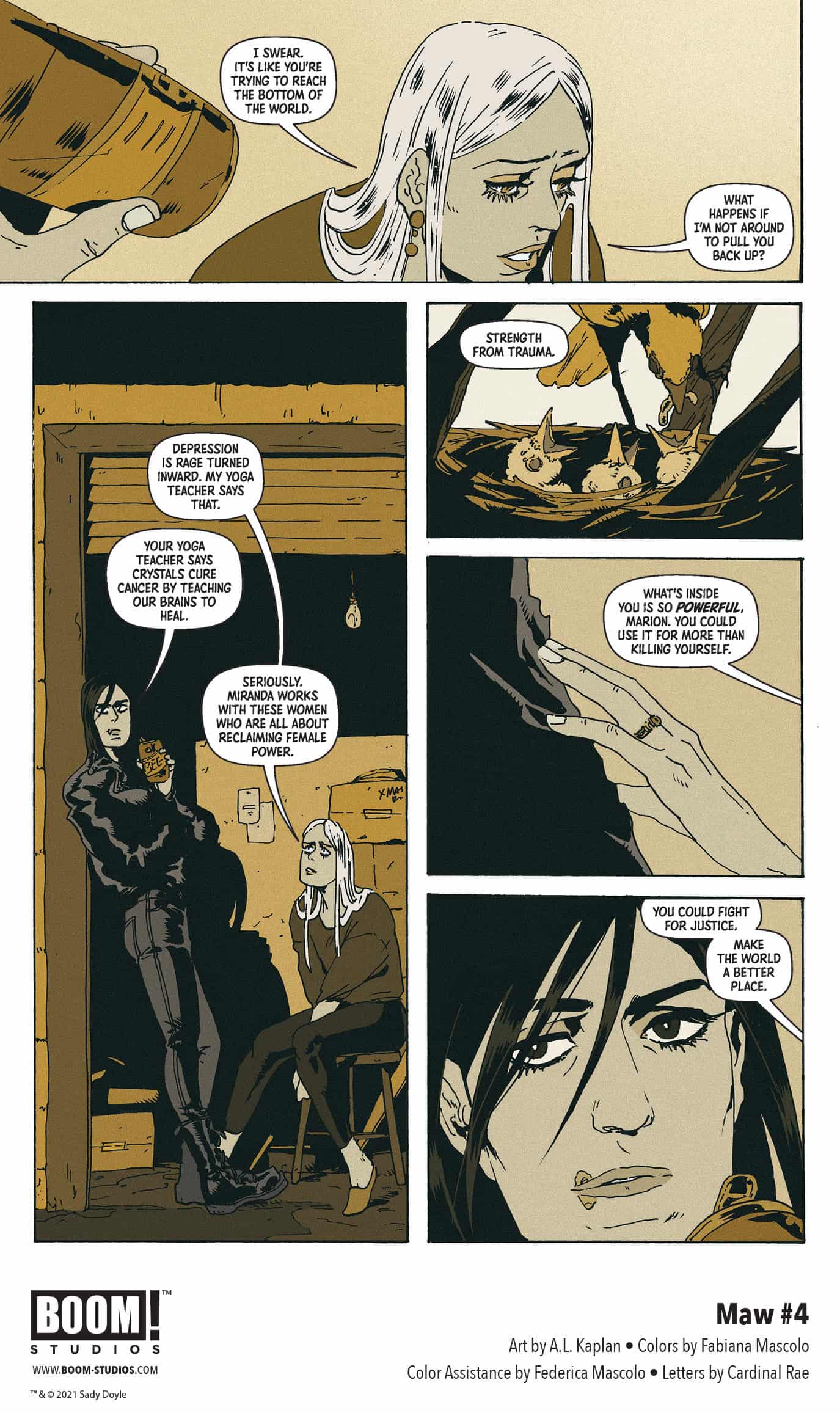 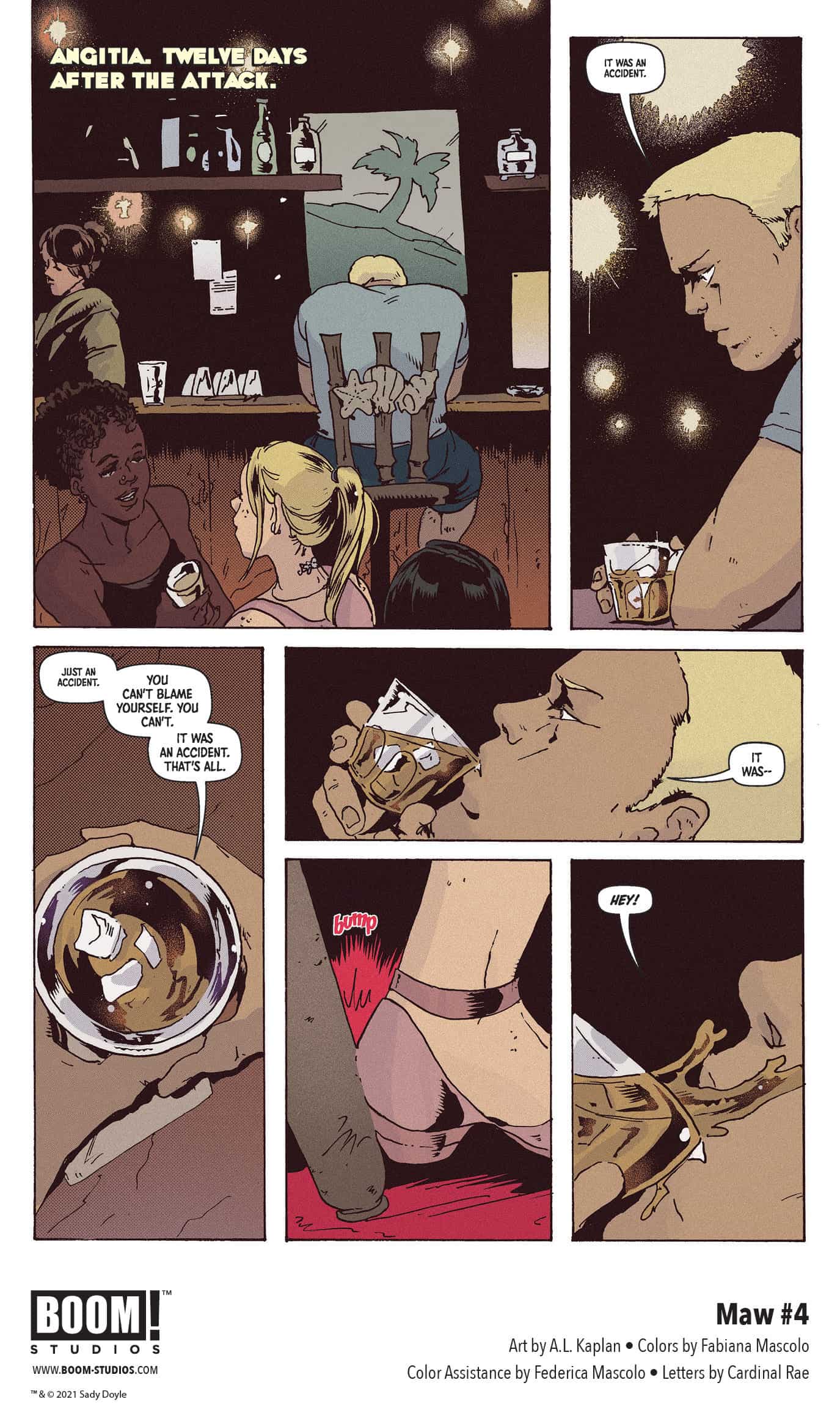 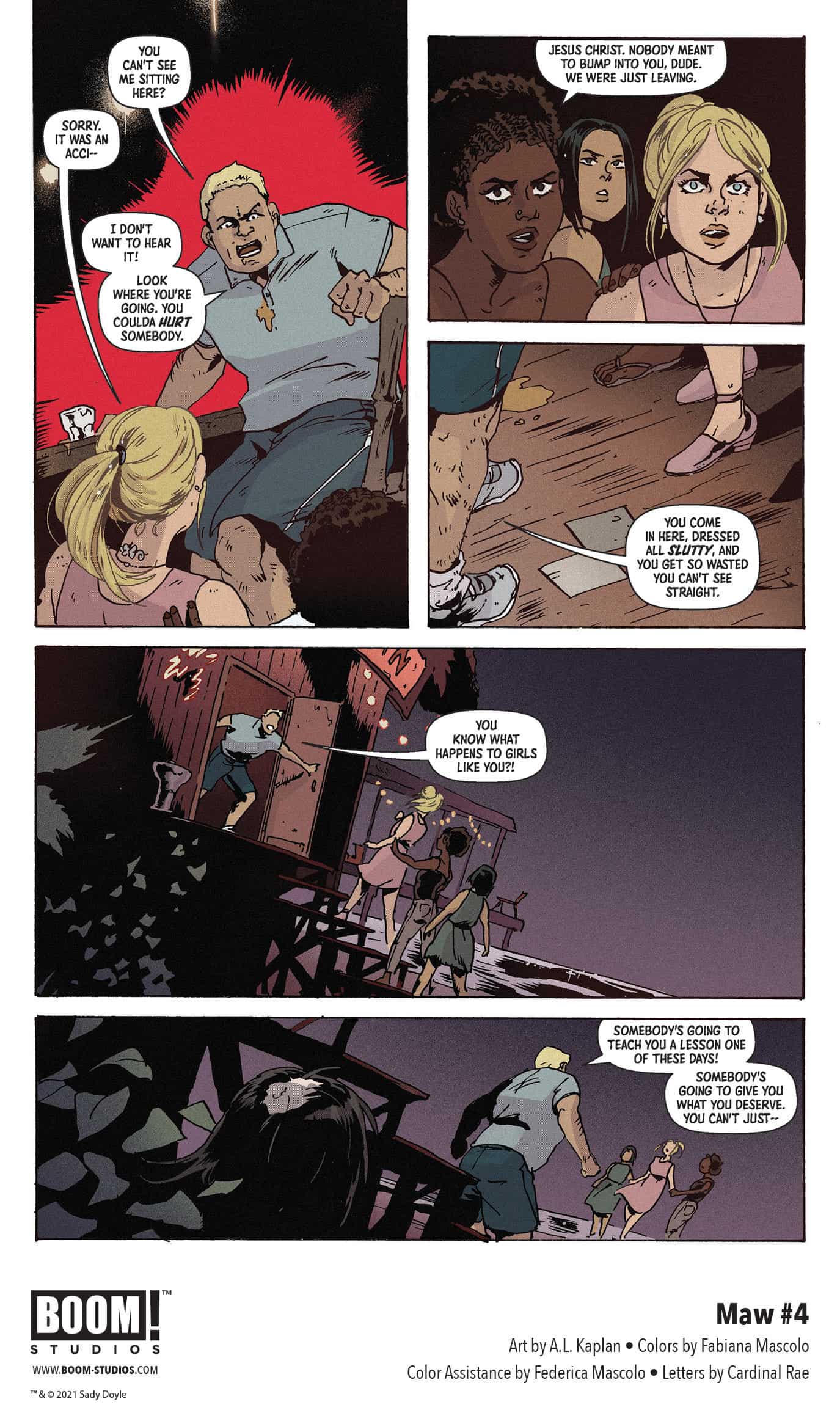 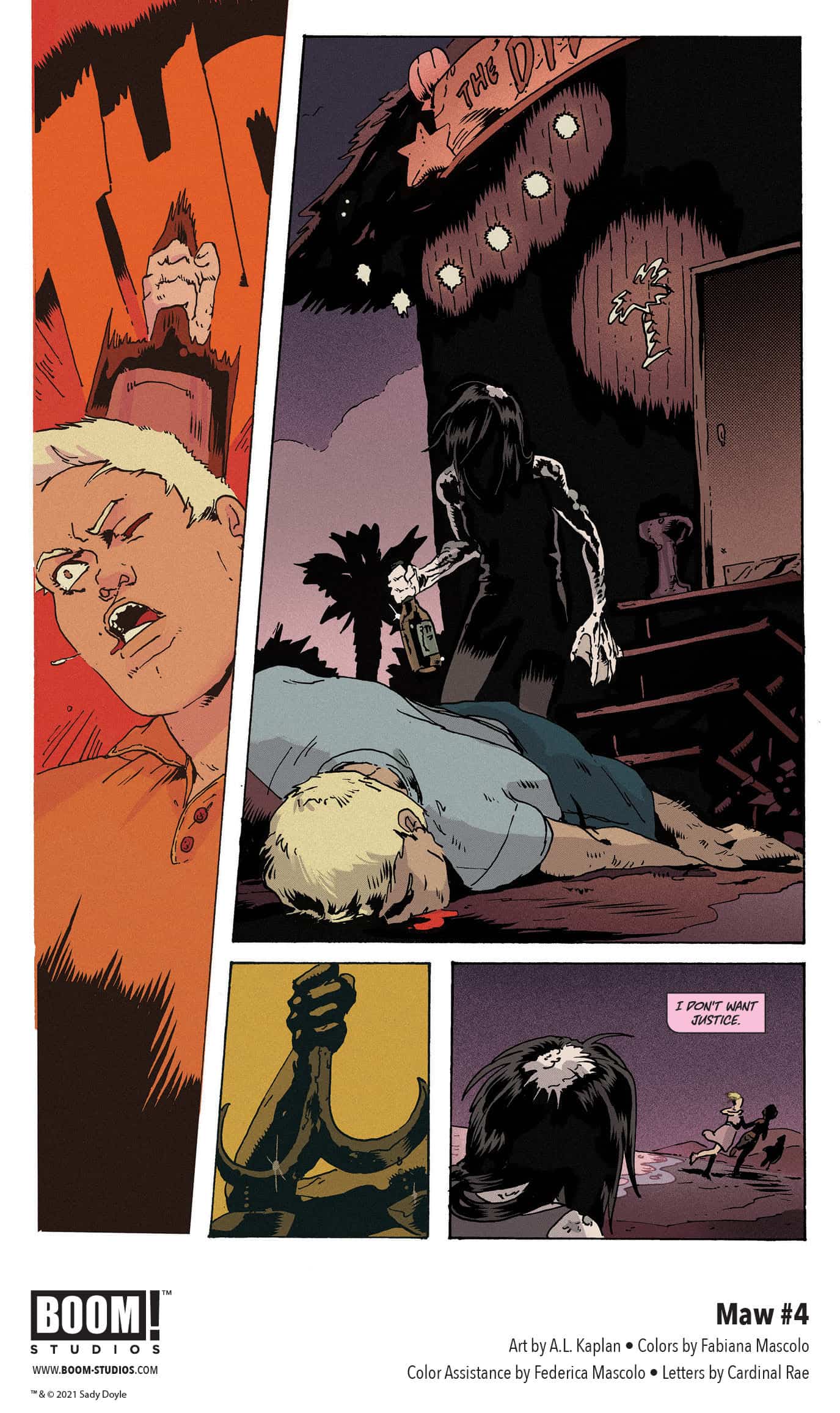 Print copies of MAW #4 will be available for sale on December 22, 2021 exclusively at local comic book shops (use comicshoplocator.com to find the nearest one) or at the BOOM! Studios webstore. Digital copies can be purchased from content providers, including comiXology, iBooks, Google Play, and Kindle.