Z2 Comics proudly announces that 2022 will see the publication of the first-ever graphic novel by Melissa Etheridge, the singer-songwriter and activist whose music has inspired legions of fans around the world. Each chapter of the graphic novel will be tied to one of the many guitars in her notorious collection of instruments.

In a press release from Z2 Comics, Melissa Etheridge said about the project

“As many of my fans know, my relationship is to my guitars is beyond special and these instruments hold a very significant place in my life. I am so excited to share all these stories and images from my entire collection and have them all be a part of this incredible graphic novel.”

Her fans well know the musician’s love of her many guitars, but for the first time ever, the untold stories of some of her favorites will be interpreted by Frank Marrafino (DC’s Haunted Tank, The Final Symphony: A Beethoven Anthology) and veteran music journalist Steve Hochman (Los Angeles Times, Rolling Stone), with art by Manuela Pertega (Giraffes on Horseback Salad). This book provides exclusive and storied insight into the creative mind of one of the greatest songwriters of the past 30 years.

Steve Hochman says, “From the very first time I saw Melissa perform, when she was still an unknown but clearly explosive talent, I’ve wanted to help her share her story with the world and have been privileged to do so throughout the years. But in sharing the story of these guitars, there’s no better way than in this creative format, in which we get to show as well as tell the tales of her incredible collection of stringed instruments, vividly portrayed through Frank’s brilliance with dialogue and scene-setting, and in Manuela’s captivating artwork.”

Melissa Etheridge has earned her place among some of the greatest women in the history of music and is a true icon. She has released 17 albums over the course of her 30-year career, is a two-time Grammy Award winner and winner of an Academy Award, appeared on Broadway, and boasts one of the most engaged fanbases in modern music, hosting over 200 concerts for subscribers on her #EtheridgeTV network. She has also established a foundation to combat opioid addiction and is a vocal member of the LGBTQ community and a cancer survivor. A truly inspirational figure whose stories will be brought to life for the first time in sequential storytelling in the 2022 release of her debut graphic novel, Melissa Etheridge’s Heartstrings. 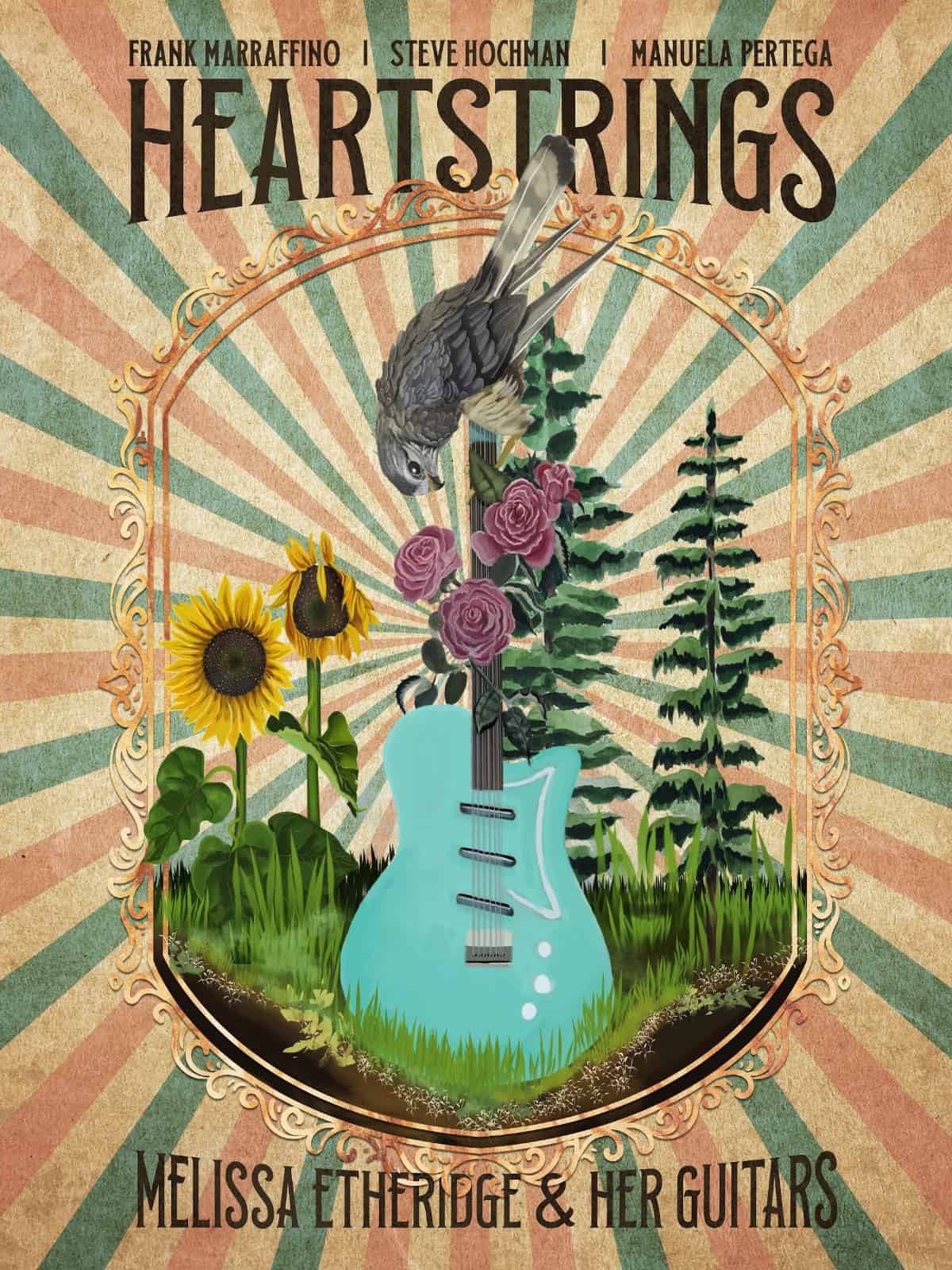 Melissa Etheridge’s Heartstrings will be released in both softcover and hardcover formats in finer bookstores, comic shops and record stores everywhere in June 2022, in time for Pride Month in honor of the singer’s place as a vocal and inspirational member of the LGBTQ community. Exclusively available through Z2’s website in limited quantities are the deluxe and super deluxe versions, packaged with exclusive vinyl, art prints, hand-signed guitars, and much more. A “platinum edition” is also available in an extremely limited quantity and includes a Melissa-signed Epiphone guitar. Reserve yours today!

NEWS WATCH: THE SCORCHED #1 Sets Another Record for the SPAWN Franchise
January 12, 2022

NEWS WATCH: A New Look at BOOM! Studios AN EMBER IN THE ASHES Graphic Novel from Sabaa Tahir
January 12, 2022