Michel Fiffe’s critically-acclaimed superhero revenge series Copra will be returning with an all-new #1 launching this October from Image Comics.

“I’m beyond excited to be returning to my own characters with all-new stories,” said Fiffe. “It’s been a minute since I last worked on Copra, but I’m back with laser focus and all is right in the universe. This first issue picks up right where the previous volume left off, so it’s an accessible continuation of the original arc. The hardcore fans and the new readers will both love it.”

Fiffe has earned praise for his work on Zegas, GI Joe: Sierra Muerte, Bloodstrike Brutalists, and All-New Ultimates—but his creator-owned superhero series Copra is far and away his most renowned and sought-after work. The original sold-out 31-issue series ended on a cliffhanger, and fans have been clamoring for the next chapter ever since. 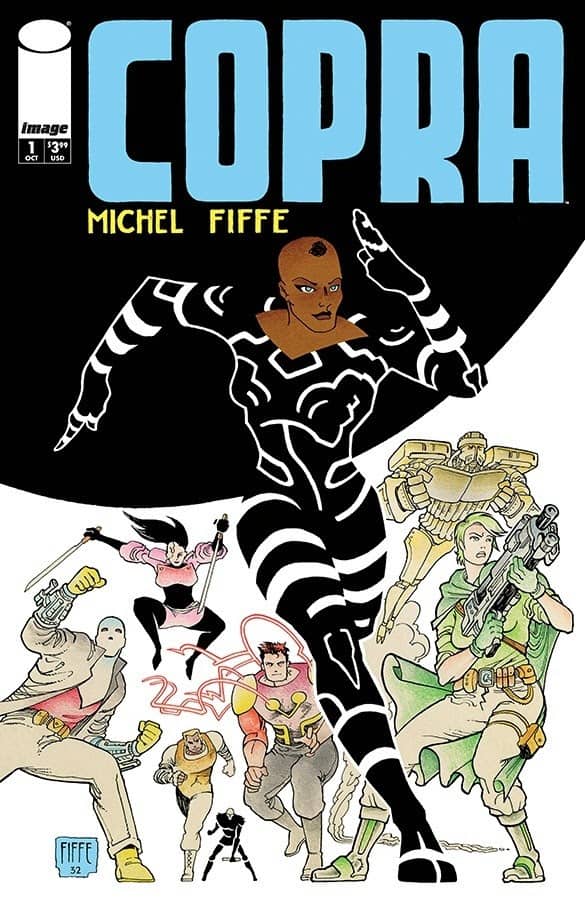