SAME DAY PRINT/DIGITAL LAUNCHES FOR STATIC: SEASON ONE, ICON AND ROCKET: SEASON ONE AND HARDWARE: SEASON ONE, PLUS EXCITING VARIANT COVER PROGRAMS FOR COMIC BOOK STORES

Hardware: Season One Debuts in Comic Book Stores and Digitally on Tuesday, August 10

From fans to retailers and press, the excitement surrounding the return of Milestone to DC is at a fever pitch, and DC is releasing more news about the return of the imprint and its groundbreaking characters Static, Icon and Rocket, and Hardware.

While the Milestone Returns #0: Infinite Edition is available now digitally and in comic book stores on May 25, the three series spinning out from it will now release simultaneously on participating digital platforms and in comic book stores. This new release schedule will now enable both digital and print comic readers to experience these great new stories and storytellers at the same time. 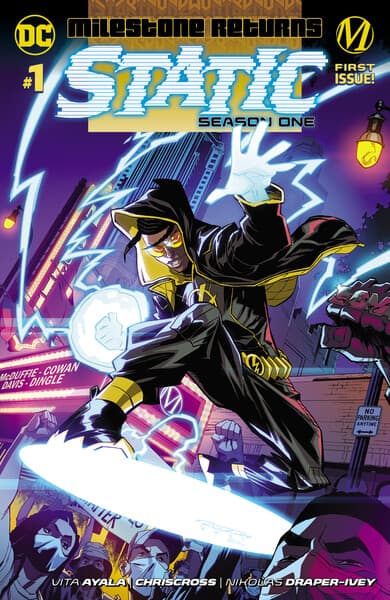 Each series will be supported by a robust variant-cover plan; the launch of Static Season One will include a retailer-exclusive variant cover program, plus a “team” variant by artist Olivier Coipel. The full variant cover program details will be revealed in future issues of DC CONNECT, beginning with issue #12, available online on or before April 23, 2021.