Paprika is the kind of spice that sells out, fast!

Mirka Andolfo’s highly anticipated Sweet Paprika #1 has launched with white-hot heat and has sold out instantly at the distributor level. In order to keep up with rapid reorder activity on the title, Image has rushed the debut issue back to print.

Sweet Paprika #1 marks the highest launch to date of any of Andolfo’s creator-owned series—ever—with orders on the title exceeding those of the much buzzed about Mercy #1 and Unnatural #1 debuts.

“I feel honored and dazed by the enormous affection with which Sweet Paprika has been received by American (and English-speaking) readers. I am always very anxious about the debut of a new series of mine, but once again I feel blessed for the support of my publisher, the retailers, and the readers,” said Andolfo. “All this is an incentive to commit myself more and more and do better and better!”

Bridget Jones’s Diary meets Sex and the City, with a pinch of The Devil Wears Prada in the new international hit from the creator behind Unnatural and Mercy.

Paprika is a successful businesswoman, a New Yorker of Italian origin. Job and career consume her, forcing her to neglect her personal needs as well as her friends and family. Her heart is broken from a previous relationship and its consequences, and a rigid upbringing has made her a very introverted person. She wants a romantic relationship, but she doesn’t know what she’s doing. Not like Dill, a naïve and suave delivery boy with an angelic attitude, handsome, and always surrounded by beautiful women falling for him. He doesn’t have a worry in the world, and this makes Paprika very nervous. But he’s the guy who could help her with her feelings (and with…sex). 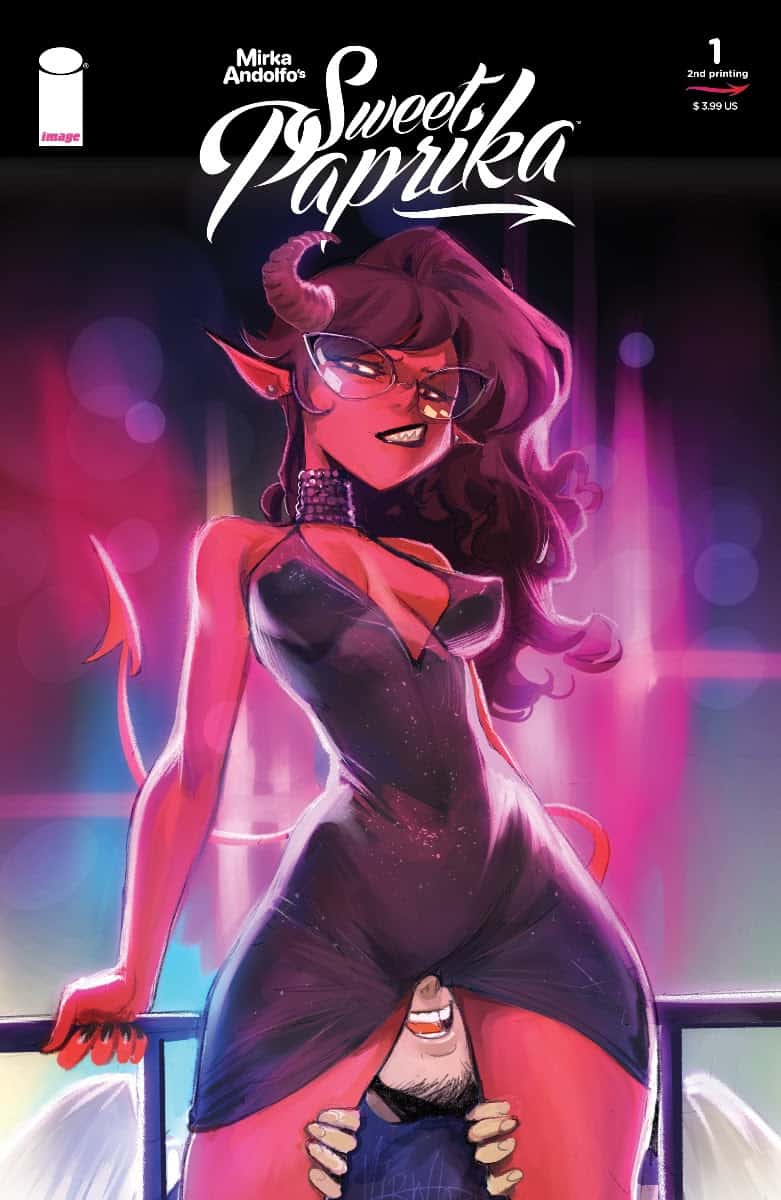