on October 16, 2021
Milestone Animated Feature in Development,
All-New Blood Syndicate Comic Book Series Scheduled for 2022
1,300-Page Milestone Compendium One, Black History Anthology
Scheduled for February 2022
The announcement of The Milestone Initiative in collaboration with Ally as part of DC’s Next Generation DC program was one of many mind-boggling announcements to come from this all-day celebration of DC and its passionate fans. In a discussion moderated by actor Echo Kellum (Curtis Holt/Mr. Terrific, “Arrow”), Milestone producer Reggie Hudlin and Milestone co-founder Denys Cowan shared more details about the future of Static, Icon and Rocket, Hardware, and the Dakota Universe. 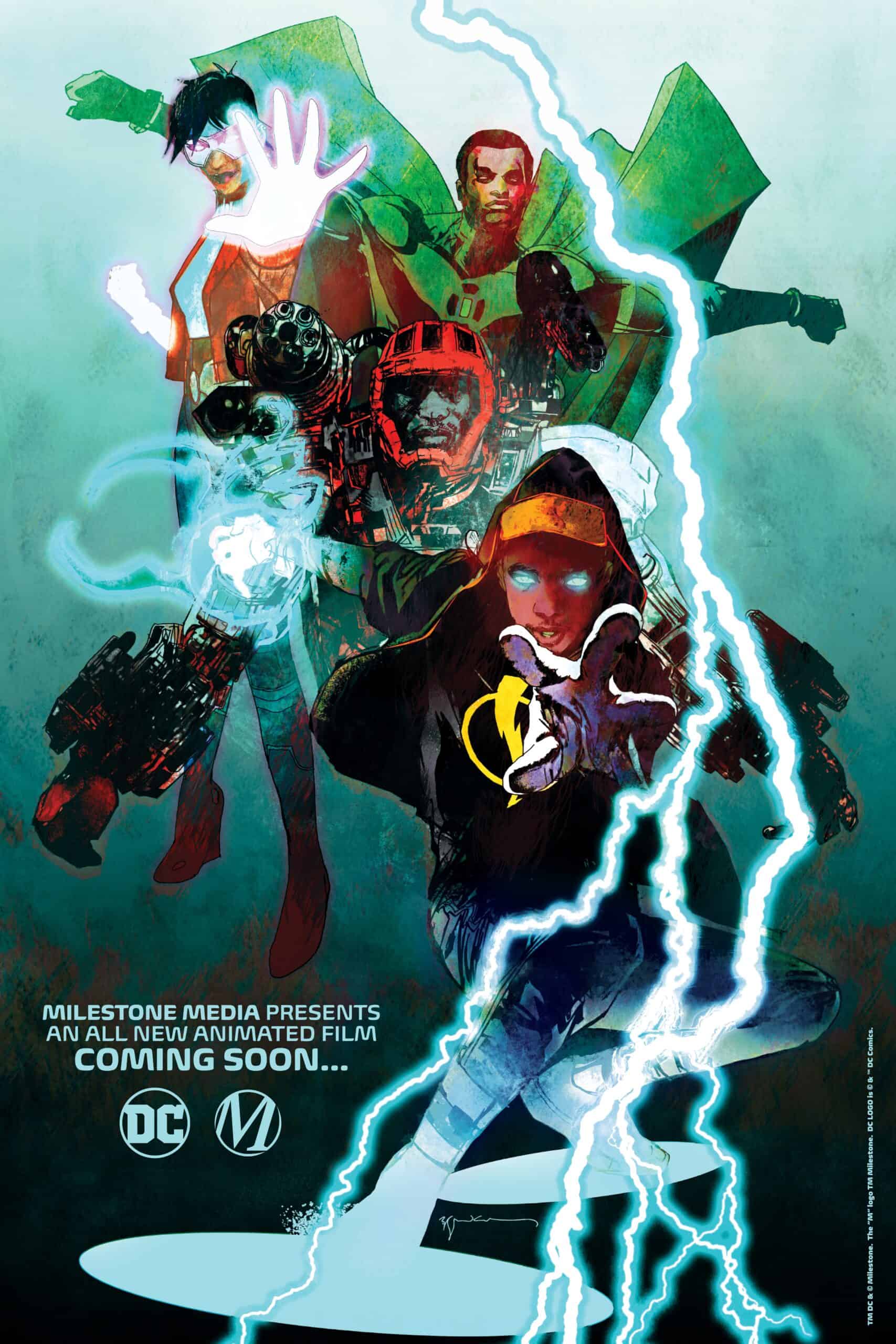 After confirming that writer Randy McKinnon (Safety) is currently writing the script for the Static Shock feature film in production with Warner Bros. and Michael B. Jordan’s Outlier Society, Hudlin and Cowan dropped the bombshell that Warner Bros. Animation and Warner Bros. Home Entertainment are working on a Milestone animated movie based on a screenplay by Hardware Season One writer Brandon Thomas. In addition to his Milestone work, Thomas is writing several Aquaman-focused series for DC: Aquaman: The Becoming, Aquaman/Green Arrow: Deep Target, and the 2022 Aquamen series (co-written with Black Manta series writer Chuck Brown), in addition to a two-part Outsiders story in Batman: Urban Legends as part of DC’s Batman: Fear State comic book event. Thomas has also written several critically acclaimed series such as Excellence, and Noble, in addition to his own creator-owned series, The Many Adventures of Miranda Mercury.
“This has been the thing that Milestone fans have been dreaming about for a long time, and we’re happy to give it to you, finally,” said Cowan.  He also assured fans that this feature would be about “more than one character,” hinting that this will include a host of fan-favorite Milestone characters. This will be the first time that the city of Dakota will be featured in animation since the beloved Static Shock animated series which aired from 2000-2004; episodes are now available to watch for free with a subscription to HBO Max. 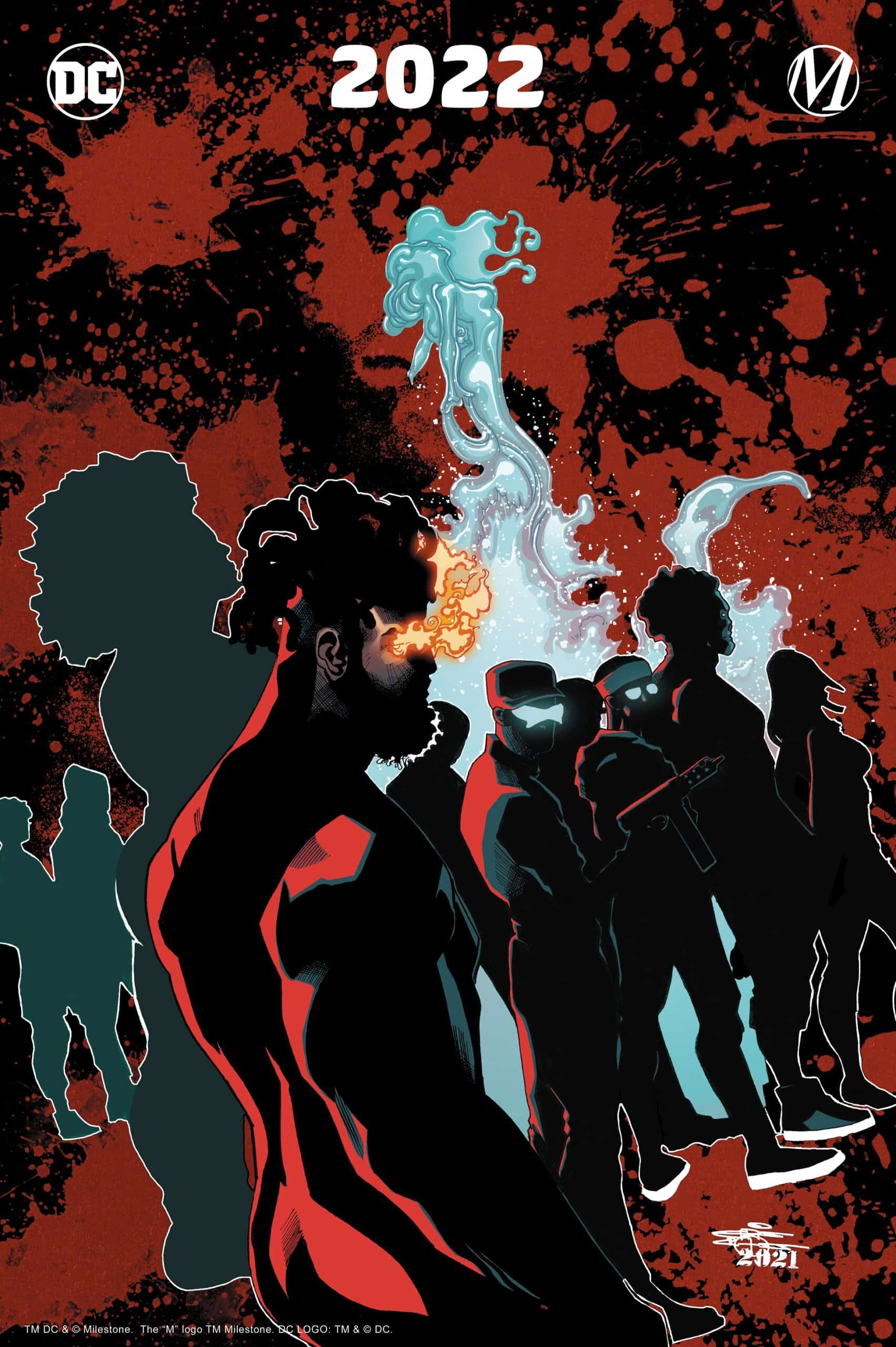 As the conversation turned to Milestone publishing, Reggie and Denys enthusiastically shared news that Milestone fans have been eagerly awaiting since DC FanDome 2020: an all-new Blood Syndicate comic book series is in the works for 2022. A writer and artist on the title is still to be announced, but both Milestone execs both talked about how Blood Syndicate has been the book that Milestone fans have been clamoring for, even as they received incredible praise for the current series, Static Season One, Icon and Rocket Season One, and Hardware Season One.
Regarding the current series, both Cowan and Hudlin not only confirmed that the characters will be appearing in each other’s current titles, confirming a connected “Dakotaverse,” but that “Season Two” plans for these titles are underway. 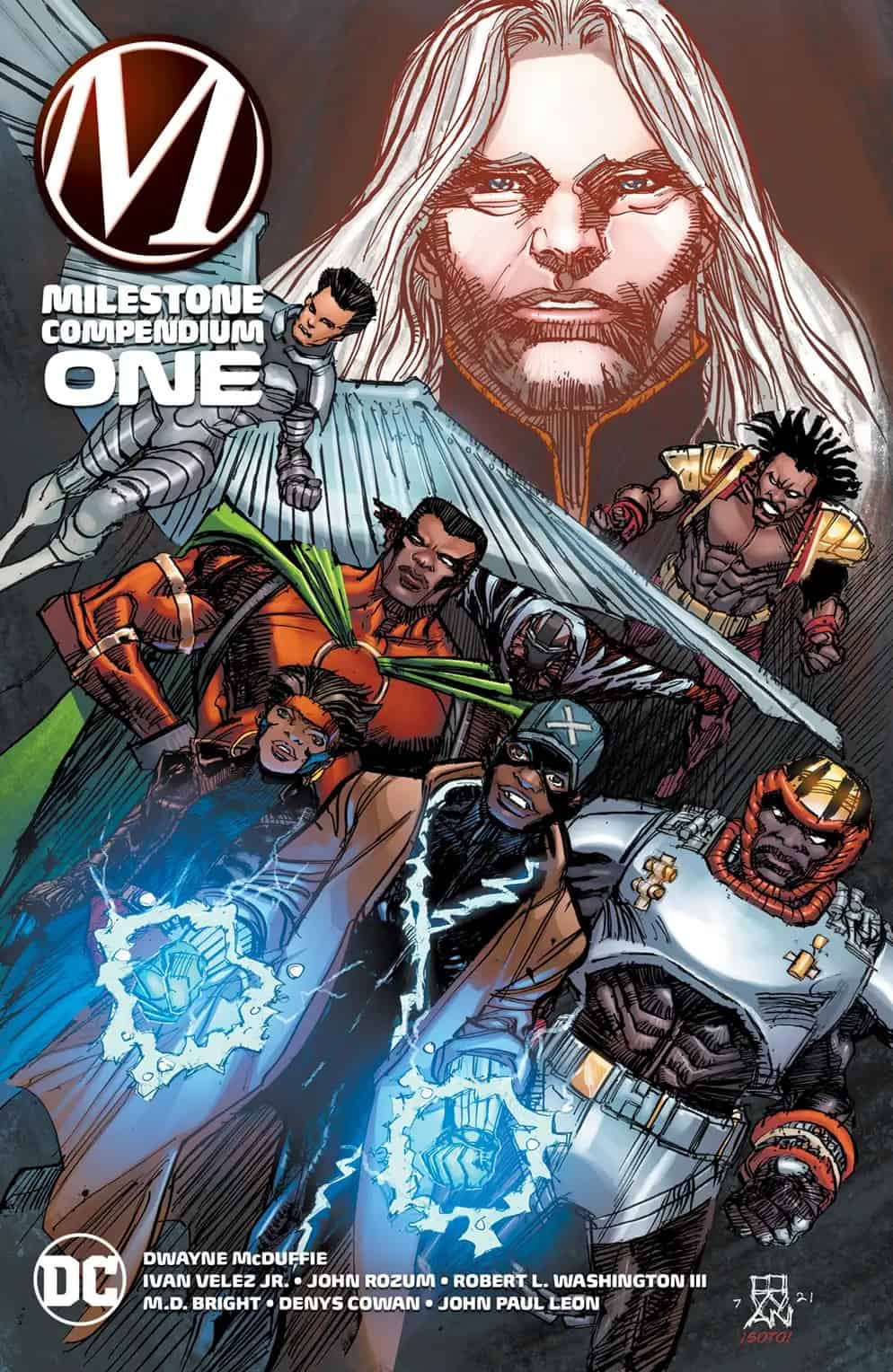 In addition to the new periodical series and a Milestone anthology releasing in February 2022, as a part of DC’s Black History Month celebrations, Cowan revealed his cover for Milestone Compendium One, available February 1, 2022. This massive, 1,300-page softcover is a must-have tribute for Milestone and comic book fans, as well as the perfect gateway for new fans to discover the legacy of the Dakotaverse and its greatest storytellers, including Cowan, the late Dwayne McDuffie (also a Milestone co-founder), Ivan Velez, John Rozum, Frazer Irving, M.D. Bright, and more.
The compendium collects issues #1-12 of Blood Syndicate, Hardware #1 -12, Icon #1-10, Static #1-8, Xombi #1-8, and Shadow Cabinet #0.