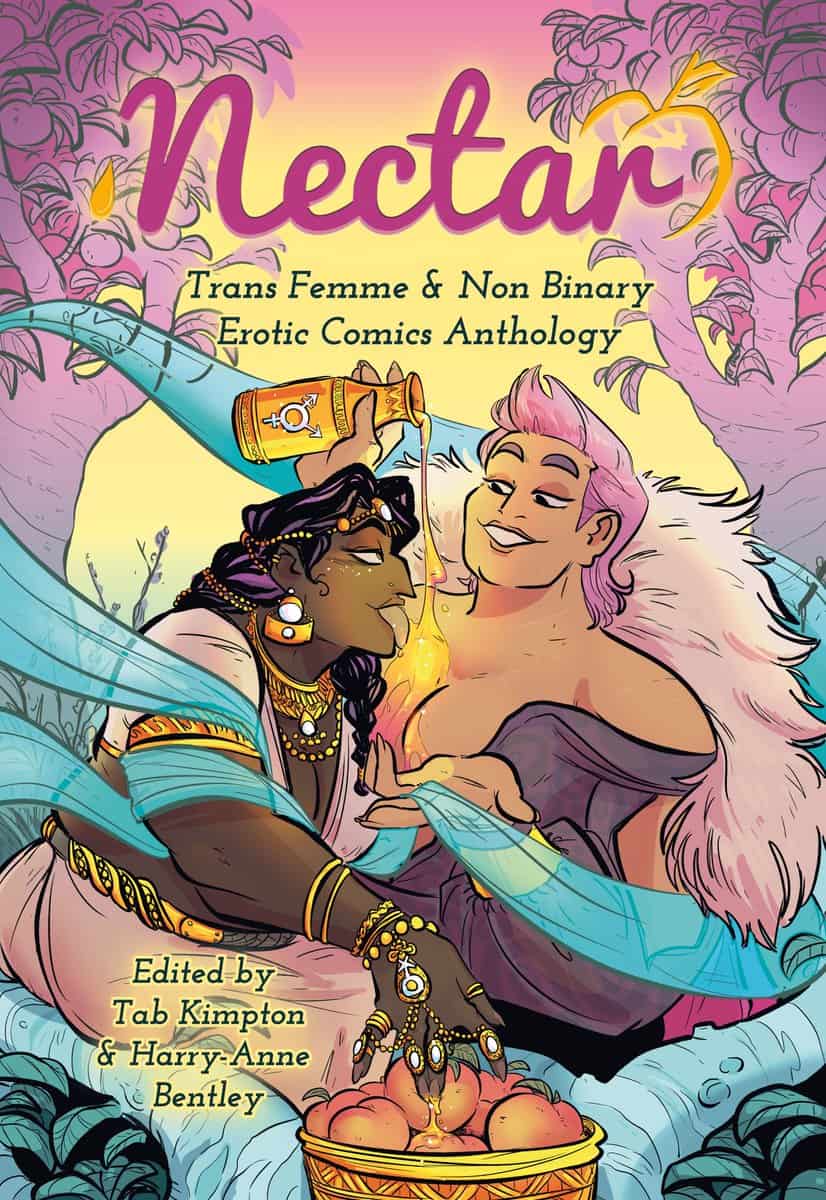 With the theme of Drink of the Divine and tales of frisky folklore and femmelore from the world over, this collection is a refreshing cocktail of different experiences on the trans femme and non binary spectrum (and beyond!), with content warnings before each story to help the reader decide if it’s to their taste, and at least one own voice contributor on each team.

You can support it now on Kickstarter and get perks like the two previous anthologies, limited edition foil prints and original artwork, as well as take a peek on some of the inside stories’ art. 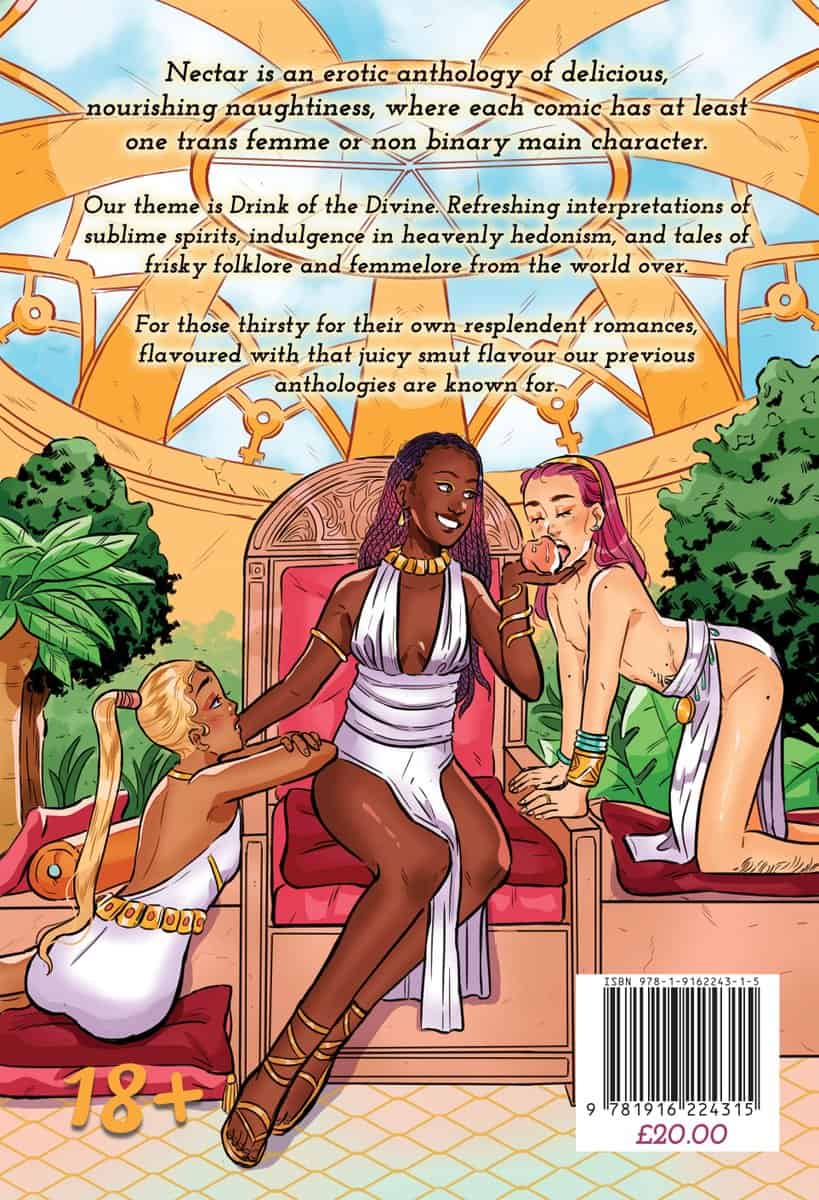 Back cover by Dylan B. Caleho