Get ready for a new animated series based on the BOOM! Studios comic Mech Cadet Yu by Greg Pak and Takeshi Miyazawa! 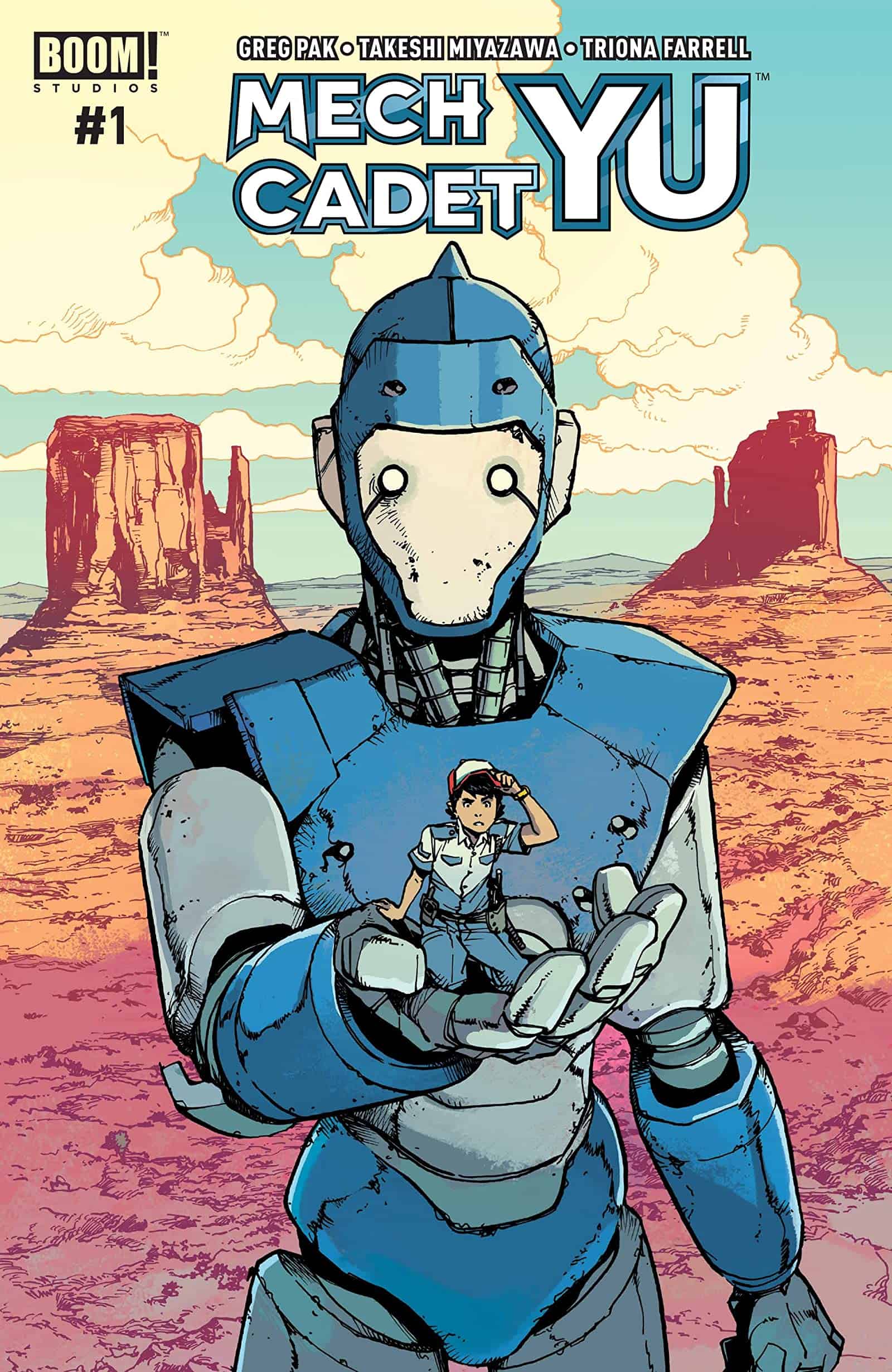 Fifty years in the future, after a terrifying alien species attacked our planet, teenager Stanford Yu works as a janitor at the Sky Corps Military Academy. But he’s only dreamed of one thing his entire life — to pilot a Robo Mech, giant robots from outer-space who came to our aid. When he finally gets his shot, Stanford and his classmates must put aside all personal differences and work together as a team in order to defend humanity against a new invasion of aliens.

“It is important for us to create stories that exemplify our teams’ diverse voices and art as a studio based in Tokyo, Japan,” said Jack Liang, Executive Producer, Polygon Pictures, Inc. “As part of our mission ‘to do what no other has done, in unparalleled quality, for all the world to see and enjoy’ we are ecstatic to have alongside with us, our supervising director, Tohru Patrick Awa, writer and executive producer, Aaron Lam and our talented diverse team of writers, to visualize the wonderful story created by Greg Pak, Takeshi Miyazawa, and BOOM! Studios. We all are honored to work with Netflix, and to tell a story that we hope will inspire future storytellers around the world.”

Mech Cadet Yu is published by BOOM! Studios’ eponymous imprint, home to critically acclaimed original series, including BRZRKR by Keanu Reeves, Matt Kindt, and Ron Garney; We Only Find Them When They’re Dead by Al Ewing and Simone Di Meo; Seven Secrets by Tom Taylor and Daniele Di Nicuolo; Something is Killing the Children by James Tynion IV and Werther Dell’Edera; Once & Future by Kieron Gillen and Dan Mora; Abbott from Saladin Ahmed and Sami Kivelä; The Many Deaths of Laila Starr by Ram V and Filipe Andrade; and Eve by Victor LaValle and Jo Mi-Gyeong. The imprint also publishes popular licensed properties including Magic by Jed McKay and Ig Guara; Dune: House Atreides by Brian Herbert, Kevin J. Anderson, and Dev Pramanik;  and Mighty Morphin and Power Rangers series from Ryan Parrott, Marco Renna, and Francesco Mortarino.

Print copies of Mech Cadet Yu Volumes 1-3 are available at local comic book shops (use comicshoplocator.com to find the nearest one), bookstores, or at the BOOM! Studios webstore. Digital copies can be purchased from content providers, including comiXology, iBooks, Google Play, and Kindle.

For continuing news on the MECH CADET YU and more from BOOM! Studios, stay tuned to www.boom-studios.com and follow @boomstudios on Twitter.