Over the last year, Phillip Kennedy Johnson and Salvador Larroca’s explosive run on ALIEN has thrilled new and longtime fans with a brand-new saga set in the iconic—and terrifying—world of the Alien franchise. Packed with incredible action and pulse-pounding horror, the latest ALIEN comic series has been an exciting new chapter that has added new characters, discoveries, and depth to this legendary sci-fi mythos. To wrap up their first era on the title, Johnson and Larrocca will team up on a giant-sized annual issue this June. ALIEN ANNUAL #1 will explore the mysterious tragic past of series’ hero Gabriel Cruz, revealing his original deadly run-in with the Xenomorph. 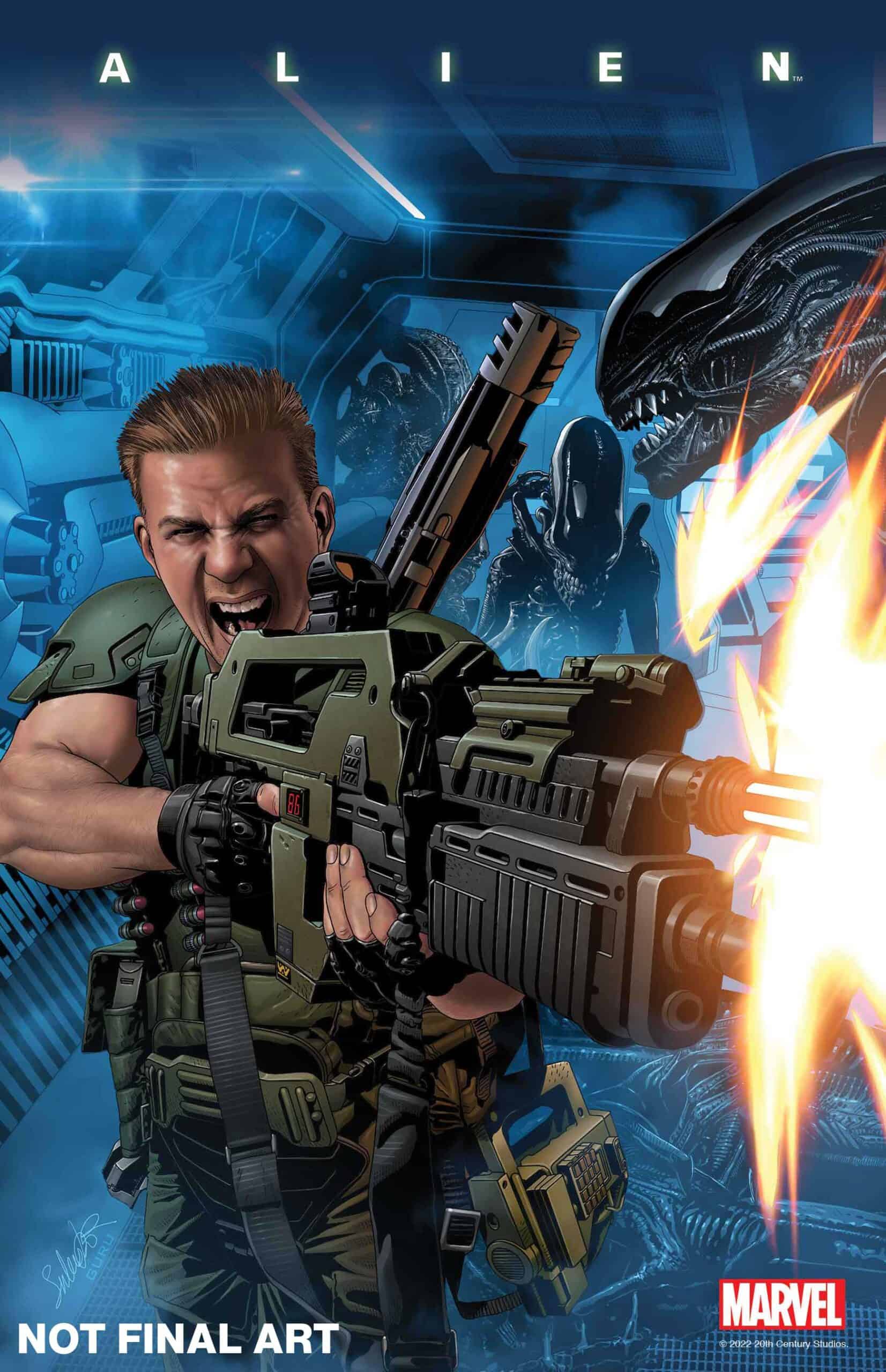 Art and Cover by SALVADOR LARROCA

Years before Bloodlines, Weyland-Yutani security chief, Gabriel Cruz, was a company man. His devotion to WY came first, no matter what the cost. But when the company decides to conduct a trial run experiment with a Xenomorph, will Cruz stand by and let innocent soldiers die?

“By now, it’s no secret how much I LOVE the Alien universe,” Johnson said. “After more than a year on the series, I’m still as thrilled writing Marvel’s Alien as I was on the first day. Mainstay Marvel artist Salvador Larroca has been my partner every step of the way, and for Salva’s final chapter as the series artist, I wanted to bring it back to one of our favorite characters we created together: the protagonist of Bloodlines, Weyland-Yutani’s lifelong trigger man Gabriel Cruz.

“My mission statement for the series has always been ‘make it feel like the films.’ But for this chapter, we had an opportunity to tie the films into one of my favorite games in recent memory, ALIENS: FIRETEAM ELITE. Since the first moment I played that game, I wanted to see Gabe in his prime with his fellow soldiers, face-to-face with xenomorphs and combat synths. That’s what readers (and gamers) will see in the annual: a chapter that belongs on the shelf alongside the films, but also alongside the beloved game that my fellow superfans have spent so many hours playing over the past year.”