Marvel has released a  mysterious teaser online which could be them promoting the upcoming Weapon Plus one shot coming from Ethan Sacks detailing the secret history of Wolverine’s and Captain America’s links to the Weapon Plus program.

However, looking at the teaser we could also be looking at a new series about the soldiers of the Weapon Plus program or possibly a new X-Force team? The latter is unlikely because Captain America is really not the X-Force type but hey comics are wild.

The post on Marvel.com which has cleverly been made to look like an accidentally leaked military encrypted and redacted document set shows redacted pages for Weapon I who we know is Steve Rogers, Weapon X which is Wolverine and Weapon XIII, Charlie Cluster aka Fantomex!! 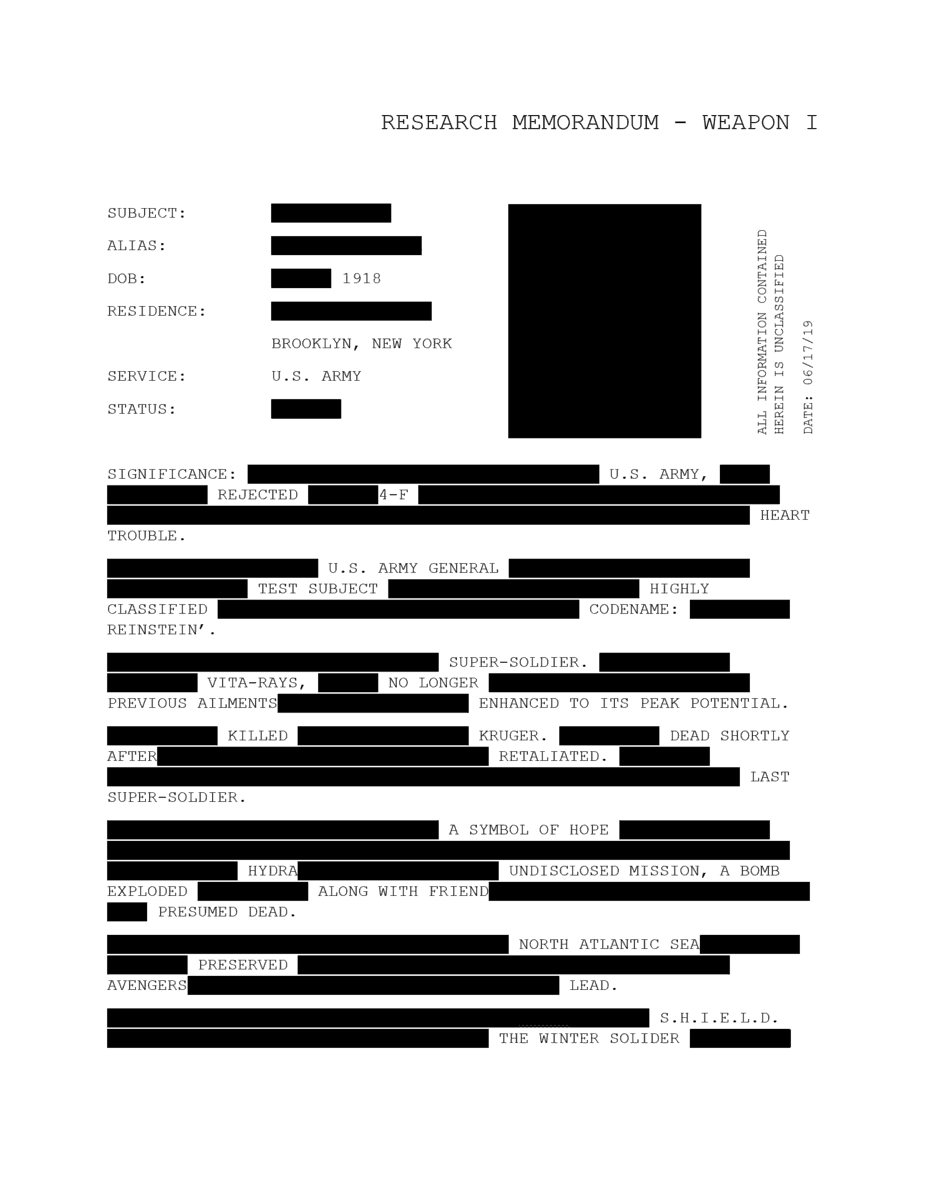 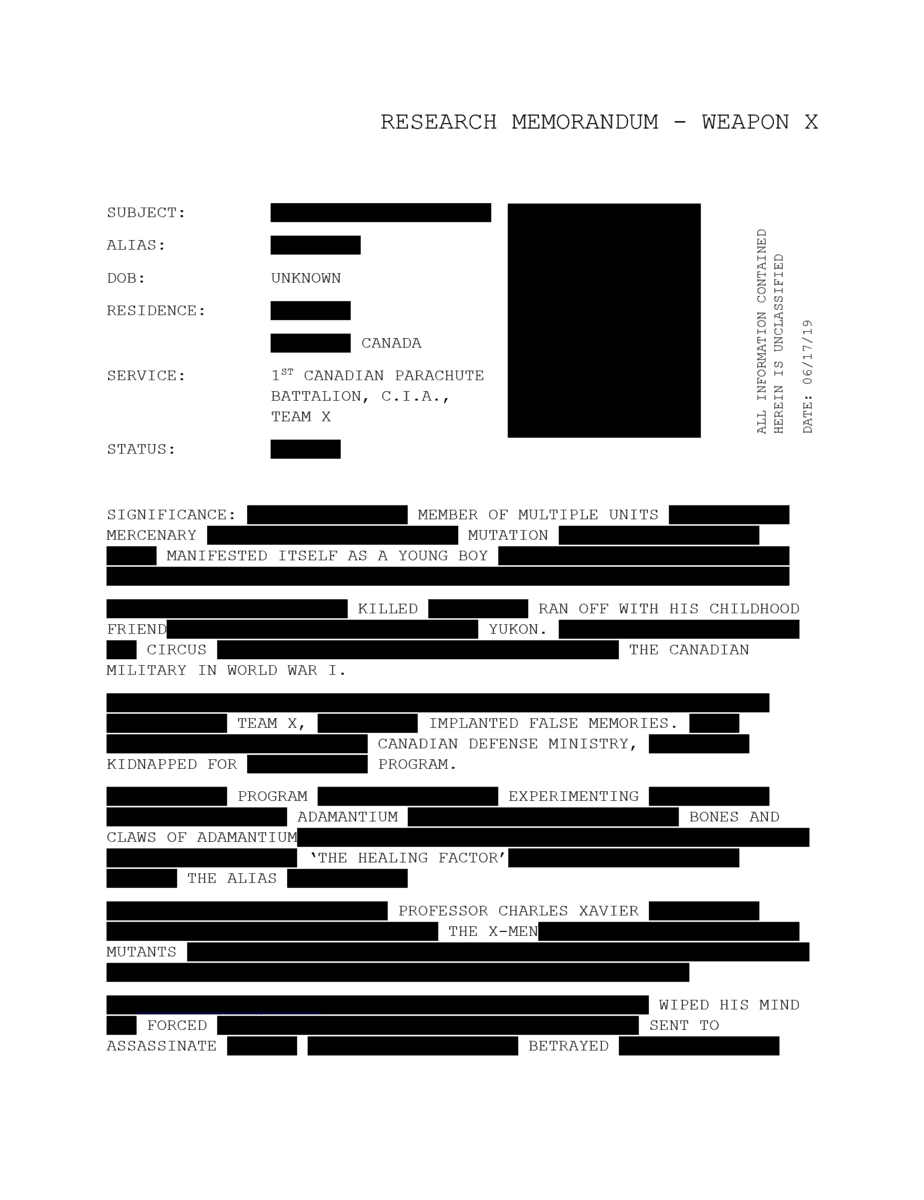 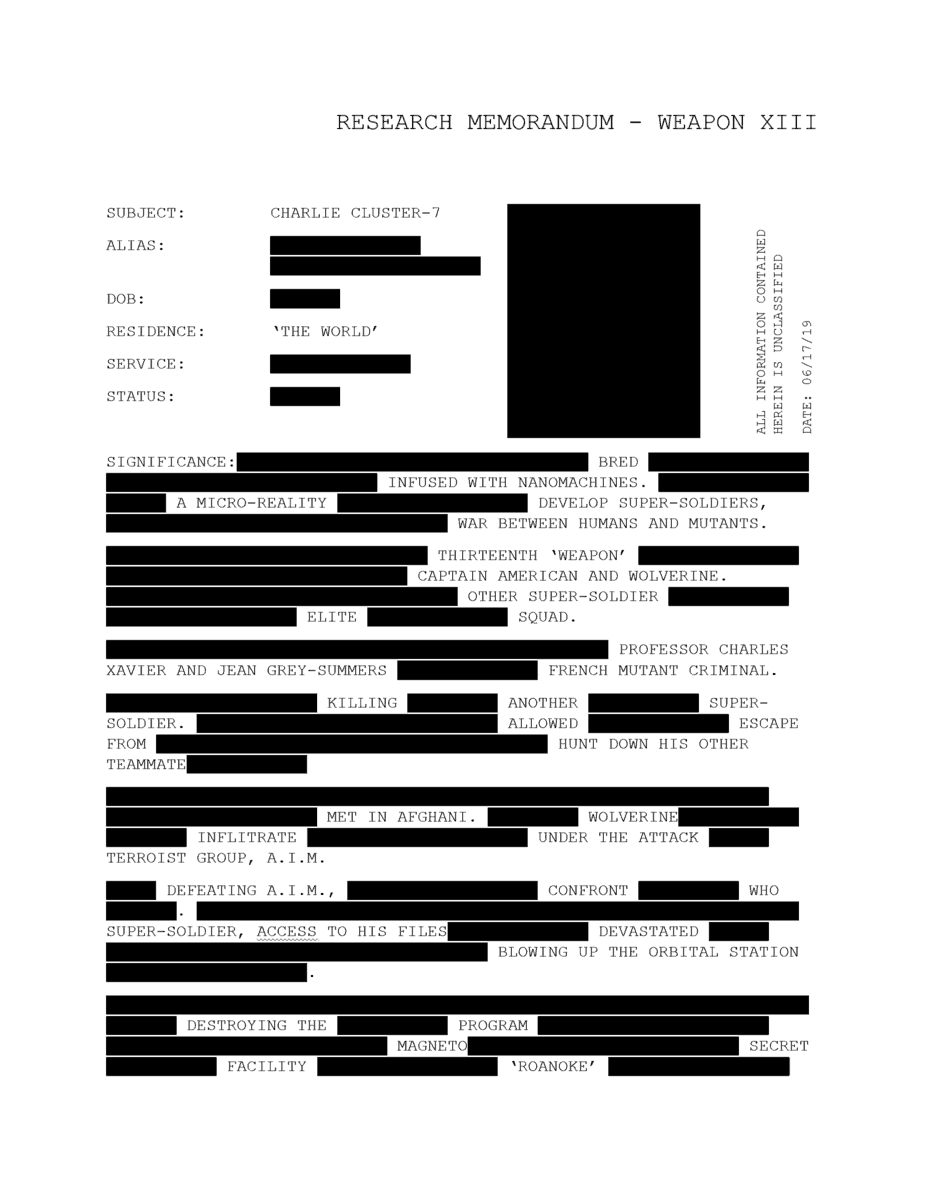 This comes less than a few days after Marvel published this little informational list of WEAPON PLUS’s creations which include The Stepford Cuckoo’s and Weapon H as well.

Ethan Sacks and several others at Marvel have also been teasing everyone online which very few comic’s new agencies have reported on.

This is the Full solicitation for Wolverine & Captain America: Weapon Plus #1 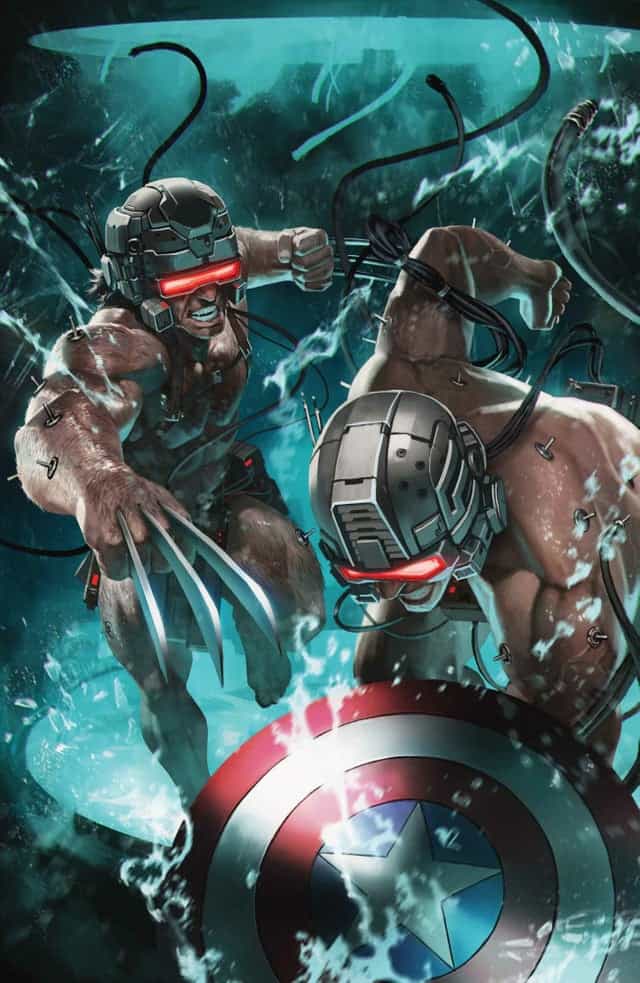 WOLVERINE & CAPTAIN AMERICA: WEAPON PLUS #1
ETHAN SACKS (W) • DIOGENES NEVES (A) • Cover by SKAN
VARIANT COVER BY CHRIS BACHALO
THE SECRET HISTORY BEHIND THEIR ORIGINS REVEALED!
In 1940, scientists attempted to make a man into the perfect weapon, a Super-Soldier. They failed and made him a legend instead. Before the turn of the century, they tried again for the tenth time. They failed, making a man into death incarnate.
At long last, ETHAN SACKS (OLD MAN HAWKEYE, STAR WARS: GALAXY’S EDGE) and DIOGENES NEVES (GREEN ARROW, DEATHSTROKE) reveals the shadowy connections between Captain America, Wolverine and many more of the Marvel U’s Super-Soldiers…including some surprises! The conspiracy begins here!
40 PGS./ONE-SHOT/Rated T+ …$4.99

Whatever the case, as usual, Marvel will reveal all when ready. As always we will be watching