The upcoming comic series “Undiscovered Country” is on the fast track to becoming a film after New Republic Pictures acquired its rights. 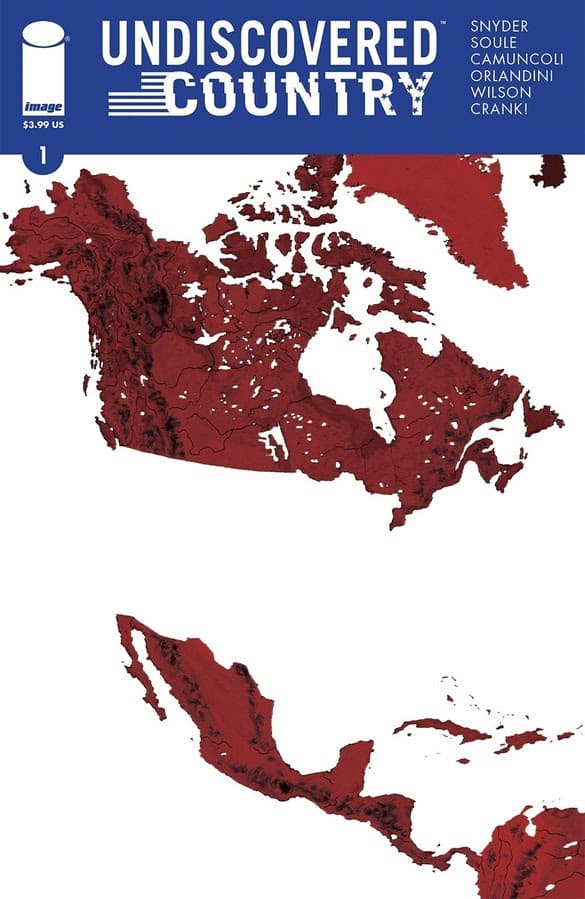 In a rumored competitive bidding contest New Republic Pictures has acquired the rights to the highly anticipated upcoming comic series Undiscovered Country by Charles Soule, Scott Snyder, and Giuseppe Camuncoli. Thanks to an exclusive from Screen Daily, it has been reported that Brian Oliver of New Republic has paid a seven-figure sum with hopes of developing the new series into a potential franchise.

Undiscovered Country takes readers 30 years into the future with a journey into an unknown region that was once the United States of America. America is now a land of mystery and walled-off from the rest of the world for decades after a global pandemic. A small expedition travels through what was once known as the US in hopes of finding a cure to the humanity-ending pandemic. As they traverse inward and uncover what America has become, each member must confront their own truth in this undiscovered country.

This upcoming comic series will take its place alongside other projects in development at New Republic like The Creed Of Violence for Todd Field to write and direct; urban drama Green Rush produced with Will Packer; a remake of The Wild Geese based on a screenplay by William Monahan; and Zelda to star Jennifer Lawrence. Sam Mendes’ First World War epic 1917, is in post at New Republic and slated to open on December 25, through Universal Pictures.

“Undiscovered Country is a passion project for us, an epic journey across a vastly changed American landscape, and we’re elated that it’s found a perfect home in New Republic, a studio known for inspired, visionary and urgent films,” said Snyder while Soule expressed “It’s a huge story with massive ideas – truly suited for the big screen, and we’ve found the perfect partners with the ambition and drive to get it there.”

The very first issue of Undiscovered Country by Soule, Snyder, and Camuncoli from Image comics goes on sale Wednesday, November 6, 2019.