NEW TEAM OF MUTANTS FORMS TO PROTECT KRAKOA IN LEGION OF X!

New York, NY— January 4, 2022 — The mutant nation of Krakoa will thrive like never before in DESTINY OF X, the new era of X-Men kicking off this spring. But beneath the surface of this mutant paradise, troubling questions still remain. Krakoa has its laws — but does it have justice? Writer Si Spurrier and artist Jan Bazaldua will tackle this question and more in LEGION OF X, a new X-Men ongoing series launching in April.

Known for mindbending work on titles such as X-MEN LEGACY and X-FORCE, Spurrier returns to the saga he planted in WAY OF X with a brand-new team of mutant favorites ready to bring peace, love, and justice to Krakoa, teaming up with Bazaldua whose stunning artwork perfectly captures both the beauty and mystery of Krakoa. Fans can expect to see some of the most dangerous internal threats Krakoa’s faced to date, ones that only the Legion of X are equipped to handle.

To remain a mutant sanctuary, Krakoa must safeguard itself against those who would damage its peace or traumatize its people. The lost must be found, and the wicked must face redemption — or retribution. It’s up to the ever-soulful swashbuckler Nightcrawler to keep the spark alive and the omega-level mutant Legion to host a unique team in the psychedelic mindspace called the Altar. With a host of X-Favorites on the beat including magical young X-Man Pixie, one-man riot squad Juggernaut, the recently-returned and ever-mysterious Blindfold, the X-Men’s resident super genius Dr. Nemesis, and more, the Legion of X will do anything to protect mutants’ right to pursue happiness and hope. The team will come out of the gate with some of the most intense missions Krakoa has faced to date including a hunt for a missing Arakkii god, a skinjacker possessing innocent mutants, and a villain worth praying for… Prepare to meet these exciting new additions to the X-Men’s iconic rogues gallery as LEGION OF X bares mutantkind’s heart and soul!

Here’s what Spurrier had to say about his latest X-Men venture:

“I’ve wanted to do a precinct-style ensemble story since I first read HOUSE OF X. For the first time, the Marvel Universe has this densely packed, beautiful (and beautifully volatile) population of superhumans, out in the open, all in one place. It needs peacekeepers, sure… but it’s a mistake to think of them as simply cops. You don’t get far in Krakoa if the limit of your imagination is beating people up or reaching for a gun. Mutant civilization needs those who think differently.

“That’s where Nightcrawler, Legion, Pixie and Juggernaut come in — along with a rotating cast of your favorite mutants and non-mutants. And a couple of new faces you’re going to want to watch very, very closely…

“I couldn’t be prouder to be helming this new title, with the incredible Jan Bazaldua doing the work of her life. It’s no secret that the writers of the X-office have formed one of the tightest cells of additive cross-title creativity in our industry. It’s no exaggeration to say that the events you’ll encounter in LEGION OF X are dominoes being flipped whose chains of repercussion will feed the greatest earthquake in modern comicdom, which is rumbling devastatingly down the pipe towards you even now…”

Krakoa’s greatest protectors have finally arrived. Find out if they’re up for the job when LEGION OF X #1 hits stands on April 20. For more information, visit Marvel.com. 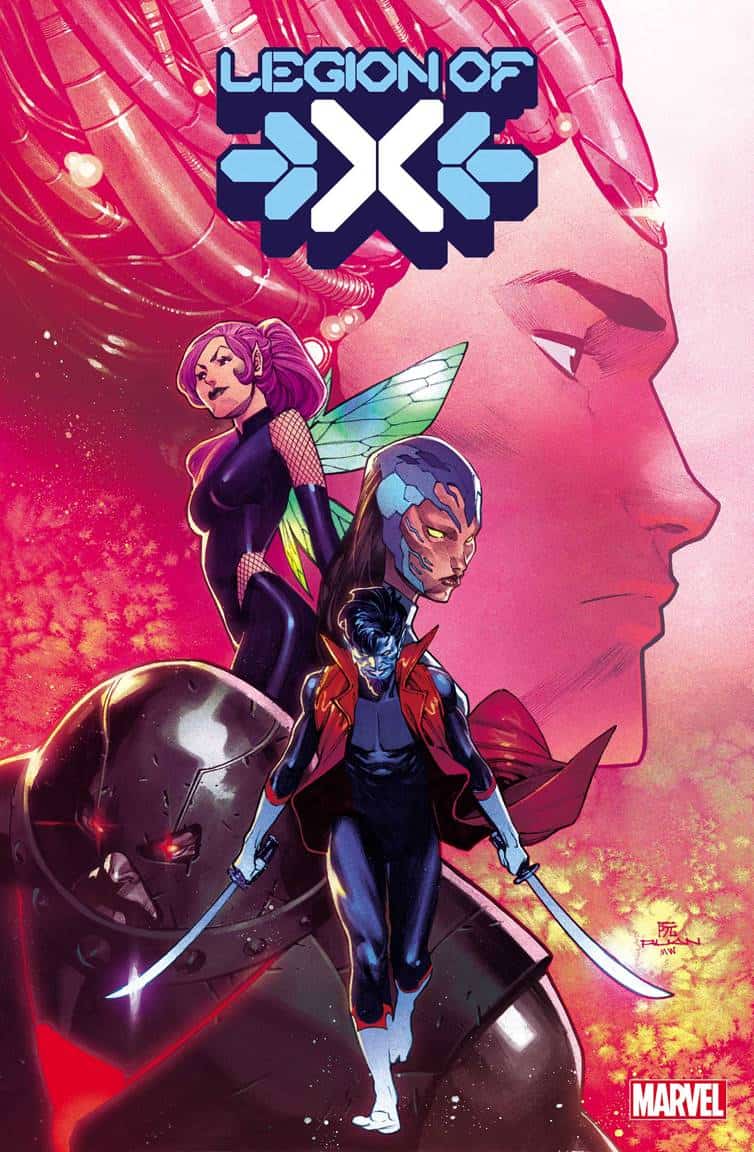