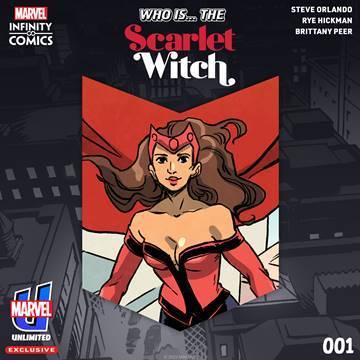 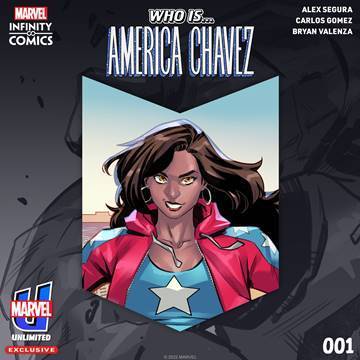 On Wednesday, April 20, the all-new WHO IS… series is launching on Marvel Unlimited. WHO IS… takes a deeper dive into the origins of your favorite Marvel heroes, as told in one-shot specials throughout the year! Perfect for new readers and those looking for entry points, the WHO IS… lineup revisits the backstories of major characters from every corner of the Marvel Universe.

The first two issues, WHO IS… THE SCARLET WITCH #1 and WHO IS… AMERICA CHAVEZ #1, are now available on the app in the exclusive Infinity Comics format.

WHO IS… THE SCARLET WITCH #1

A dynamic sorceress with reality-manipulating powers and hex magic, Wanda Maximoff has been a master of the mystical arts for both mutantkind and the Avengers. Grab her full origin here by creators Steve Orlando, Rye Hickman, and Brittany Peer!

WHO IS… AMERICA CHAVEZ #1

America Chavez is a portal-punching Young Avenger and a hero of the Multiverse! Learn about her true beginnings in this definitive origin by creators Alex Segura, Carlos Gomez, and Bryan Valenza!

Marvel Unlimited is a one-stop destination for over 29,000 comics spanning the entire Marvel Universe. The app is available for iPhone®, iPad®, Android devices™ and on web. For more information on Marvel Unlimited comics, please visit: www.marvel.com/unlimited.