NEWS WATCH: New X-Men Line-Up and More to be Revealed at this Year’s Hellfire Gala!

THE NEW X-MEN LINEUP IS REVEALED AMIDST EXPOSED SECRETS AND A HEARTBREAKING BETRAYAL AT THIS YEAR’S HELLFIRE GALA!

Mark your calendar because mutantkind is hosting another Hellfire Gala, and it’s shaping up to be a night that Marvel fans dare not miss as the superstar creators Gerry Duggan, Russell Dauterman, Matteo Lolli, C.F. Villa, and Kris Anka will deliver 72 pages loaded with high-stakes drama, shocking character developments, and of course, showstopping superhero fashion as not only will the new X-Men lineup be revealed but secrets will be exposed and a heartbreaking betrayal are on the schedule for this year’s Hellfire Gala.

At last year’s gala, mutants changed the face of the solar system, terraforming Mars and claiming it for mutantkind. This time around, they’ll once again set out to bring radical transformation to the Marvel Universe and are inviting every superhero on the planet to witness it. And when an uninvited guest crashes the party, the chaos that ensues will cause cracks in the very foundation of Krakoa and lead directly into the biggest Marvel story of the year– Kieron Gillen and Valerio Schiti’s JUDGMENT DAY! All that plus the reveal of the new X-Men lineup and the winner of the mega-popular X-Men fan vote. The seeds for what’s to come in the X-Men franchise over the next few years are planted right here!

In a press release from the publisher, writer Gerry Duggan teased:

“Last summer your host Emma Frost invited you to celebrate Krakoa with some fireworks. This year, it’s about celebrating mutantdom’s friendship with humanity. Once again, we have a murderer’s row of talent crafting a one-shot with revelations that will chart the biggest stories in the Marvel Universe. All that, and meet a new team of X-Men.”

Check out the main cover below and stay tuned for more Hellfire Gala announcements, including this year’s stunning variant covers! 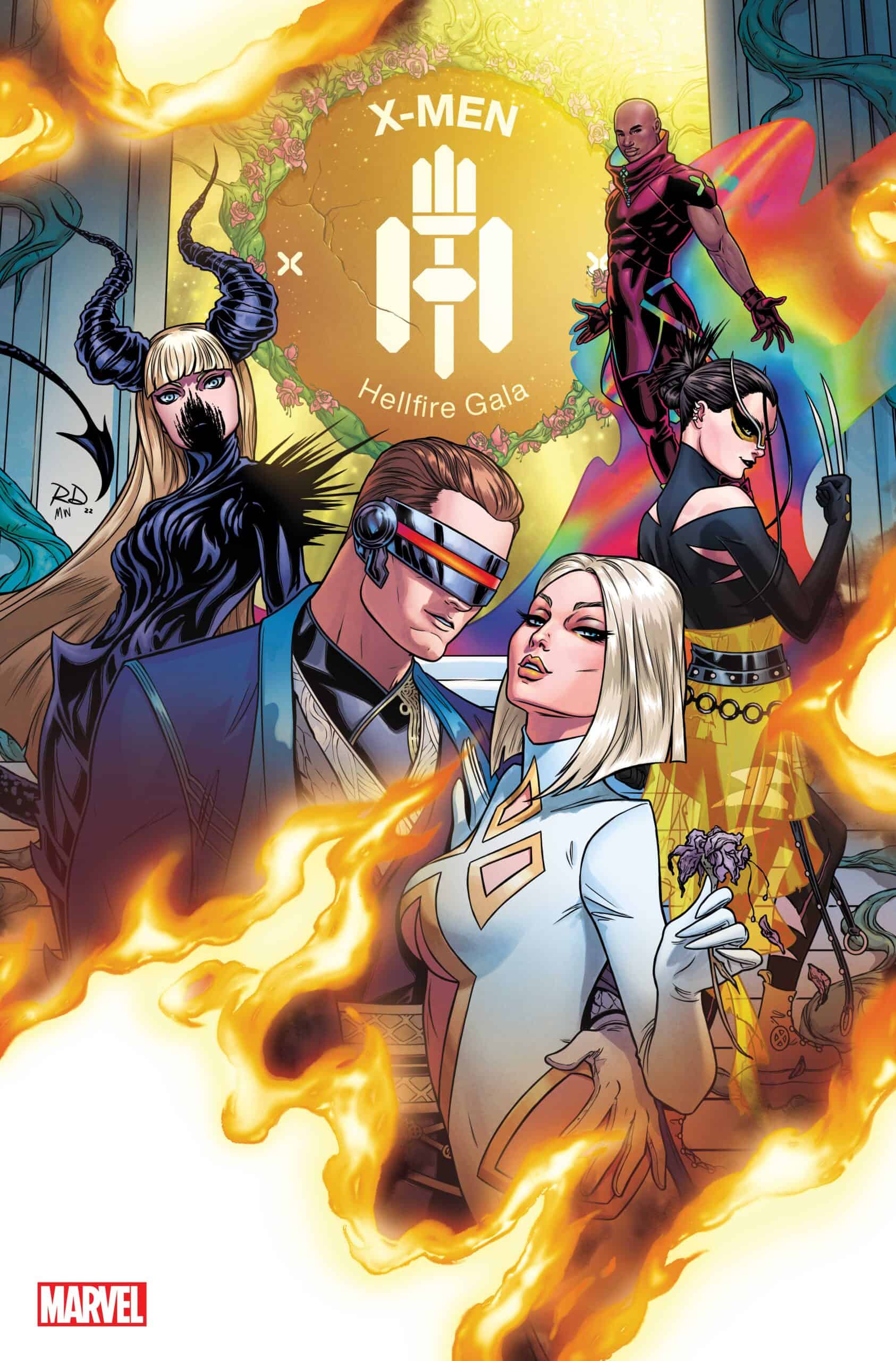