Nick Spencer will close out his epic run on Amazing Spider-Man this September! Since taking over the title, the acclaimed writer has crafted a Spider-Man saga for the ages, taking not only Peter Parker but his beloved supporting cast and iconic rogues gallery on radical new journeys. With numerous memorable storylines under his belt, Spencer will end his redefining work on the Spider-Man mythos in AMAZING SPIDER-MAN #74. The milestone 875th issue of the title, AMAZING SPIDER-MAN #74 will be an incredible 80-page blockbuster issue complete with artwork from some of the artists that have contributed to this landmark run: Patrick Gleason, Mark Bagley, and Marcelo Ferreira and more! The culmination of over three years’ worth of thrilling storylines, this climactic finale will be full of surprising developments that will launch Peter Parker into his next high-flying era. 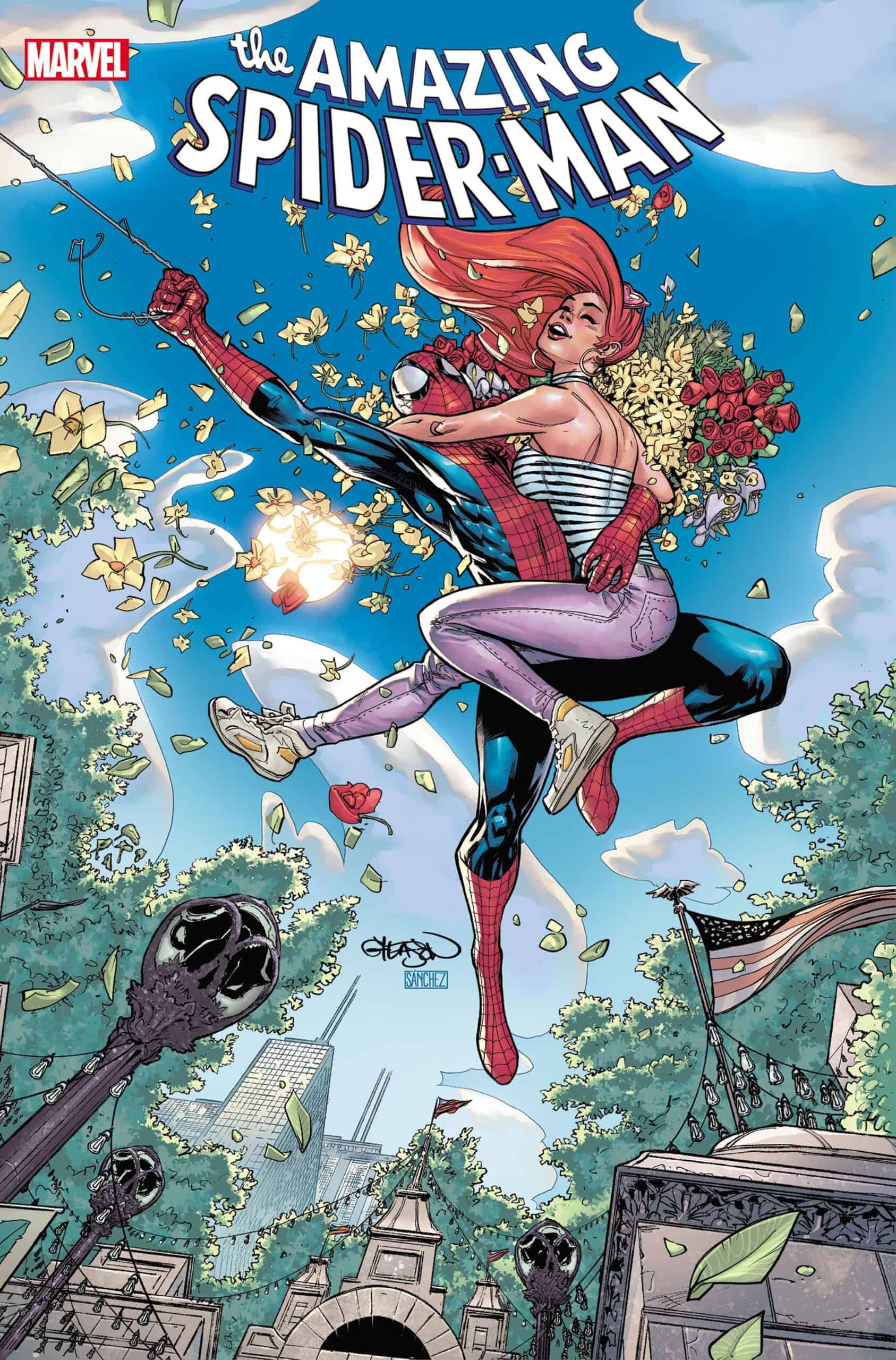 “The last three years of AMAZING SPIDER-MAN have been Nick Spencer’s love letter to his favorite character and comic,” Editor Nick Lowe said. “He may be the biggest Spidey fan ever as evidenced from the fact that he read every Spider-Man comic in preparation for his landmark run.

“From #1 all the way through #74, Nick (along with Ryan Ottley, Humberto Ramos, Patrick Gleason, Mark Bagley and more) has gone huge with more villains, more supporting characters, and more punishment for Peter Parker. From “Hunted” to “Sins Rising” to “Last Remains” to “King’s Ransom” to “Sinister War” and now to the ultra-sized finale “What Cost Victory” Nick will bring his web-slinging rollercoaster ride back into the station in a way you’ll never forget!”

Check out Patrick Gleason’s cover below and pick up AMAZING SPIDER-MAN when it swings into shops on September 22nd. Stay tuned next week for exciting news about the next era of Spider-Man!