Nightwing #78 and #79 sell out and go back to print, Robins reunite in Nightwing #80, and a heartless new Blüdhaven villain arrives! 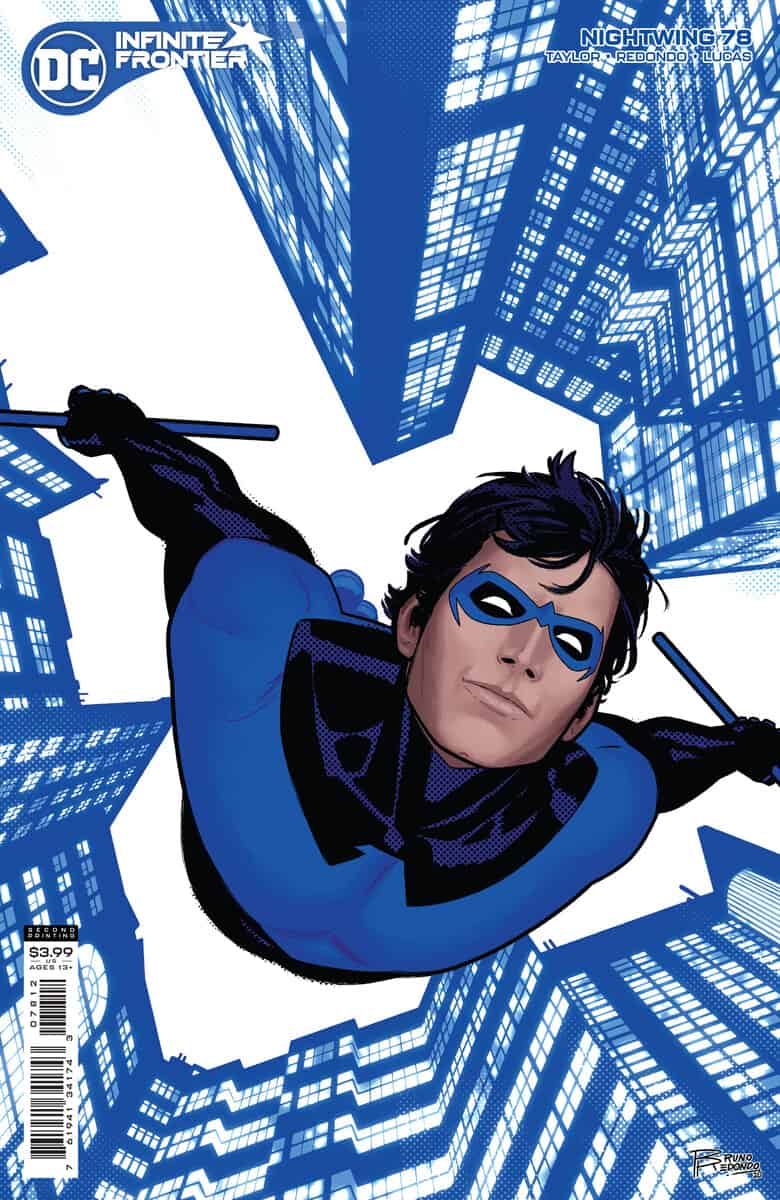 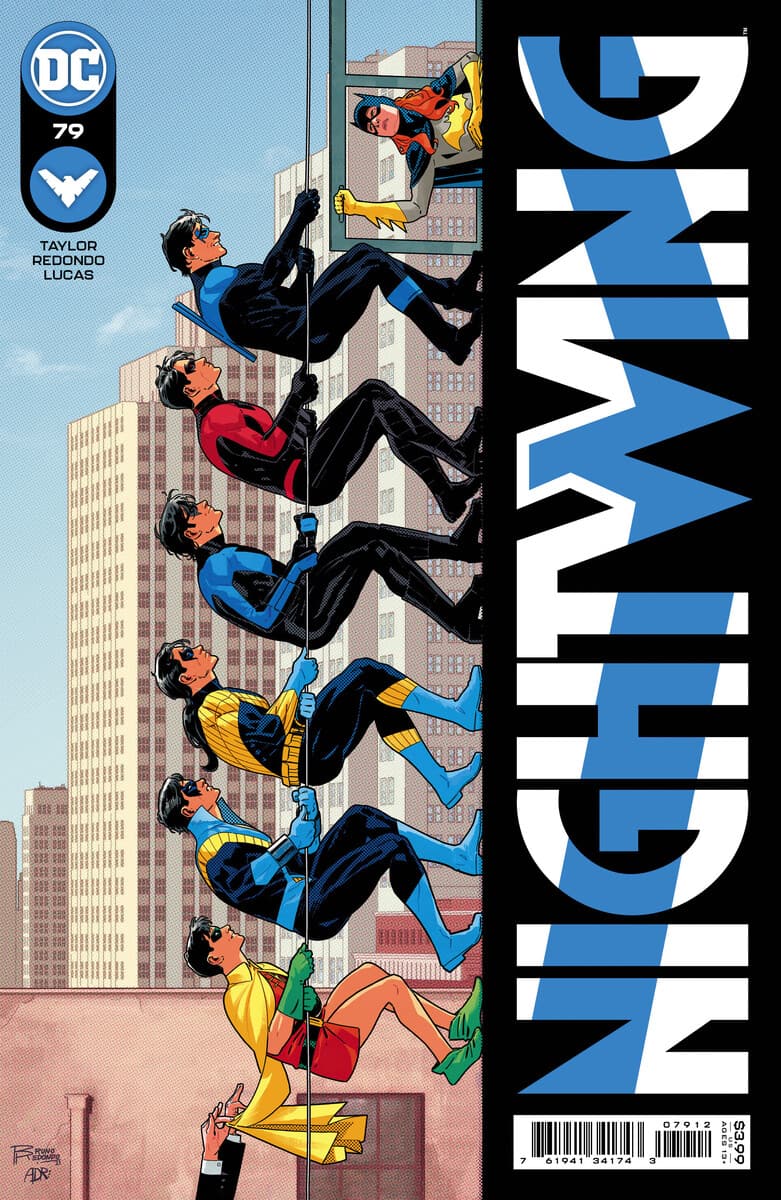 Nightwing #78 2nd Print Cover by Bruno Redondo; Nightwing #79 2nd Print Cover by Bruno Redondo & Adriano Lucas
Longtime Nightwing readers will know that Dick Grayson’s always had a big heart. From protecting those persecuted by bullies in his youth, to combating evil alongside Batman as Robin, to pledging his newly inherited wealth to enriching Blüdhaven as Nightwing—his kindness and generosity have always guided his life. But looking ahead to Nightwing #80’s “Leaping into the Light” part 3 on May 18, a new villain stalks the back alleys of Blüdhaven, removing the hearts of the city’s most vulnerable. Who is this terrifying new menace named Heartless, and will he be able to resist plucking out the biggest heart in all of Blüdhaven? You’ll need to read this (literally) heart-wrenching issue to find out!
On top of all that, creators Tom Taylor, Bruno Redondo, Adriano Lucas and Wes Abbott are delivering the heart and soul of the DC Universe in every issue! Check out a Robins reunion in Nightwing #80, due to hit shelves on May 18! What is Tim Drake doing in Blüdhaven? 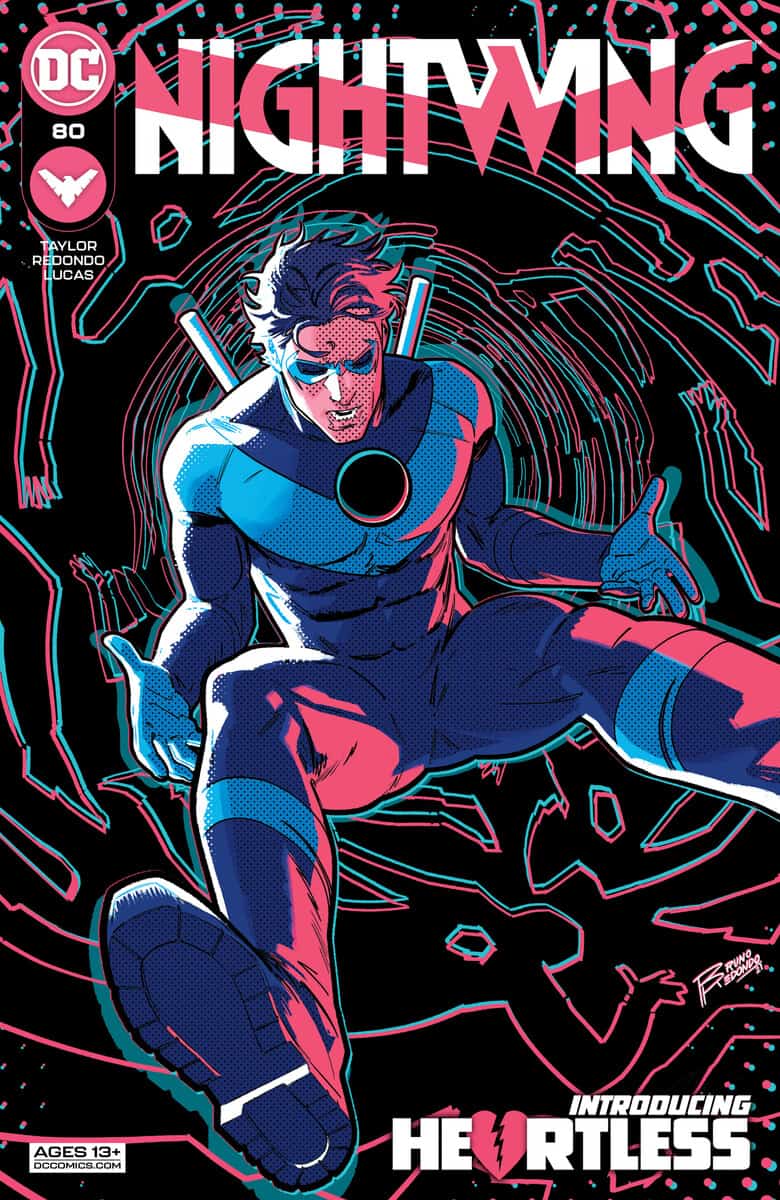 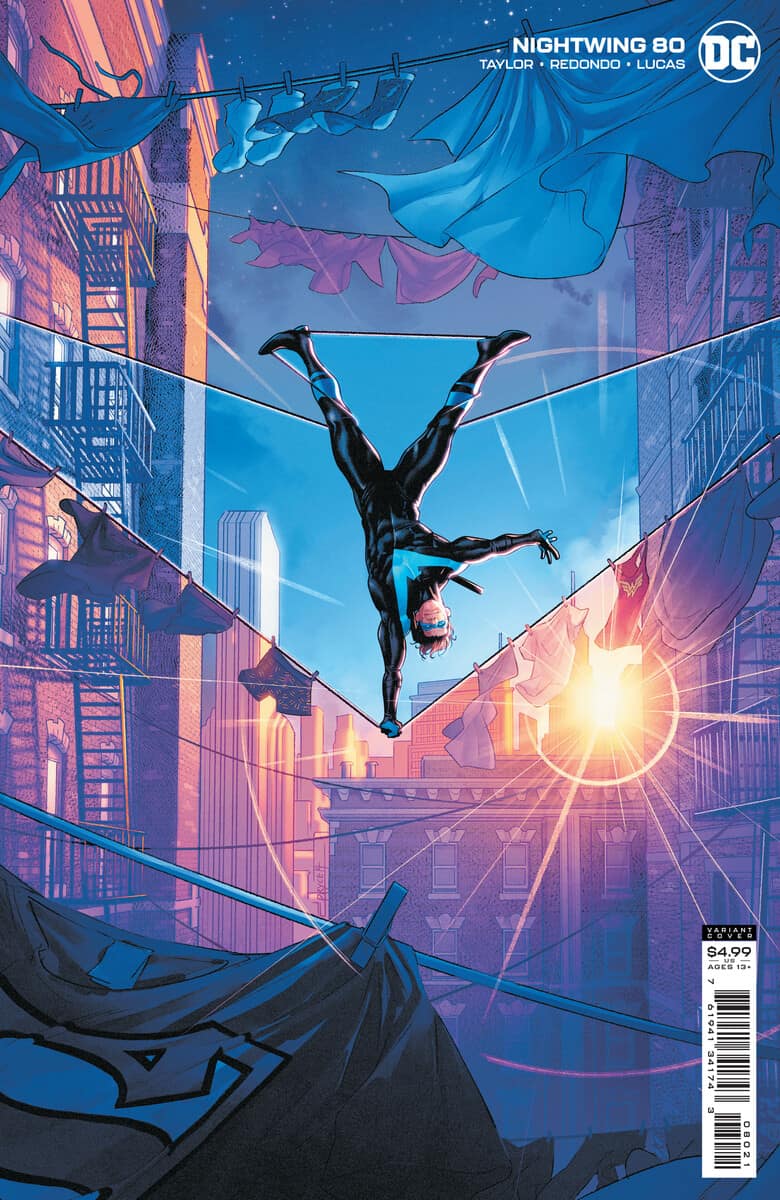 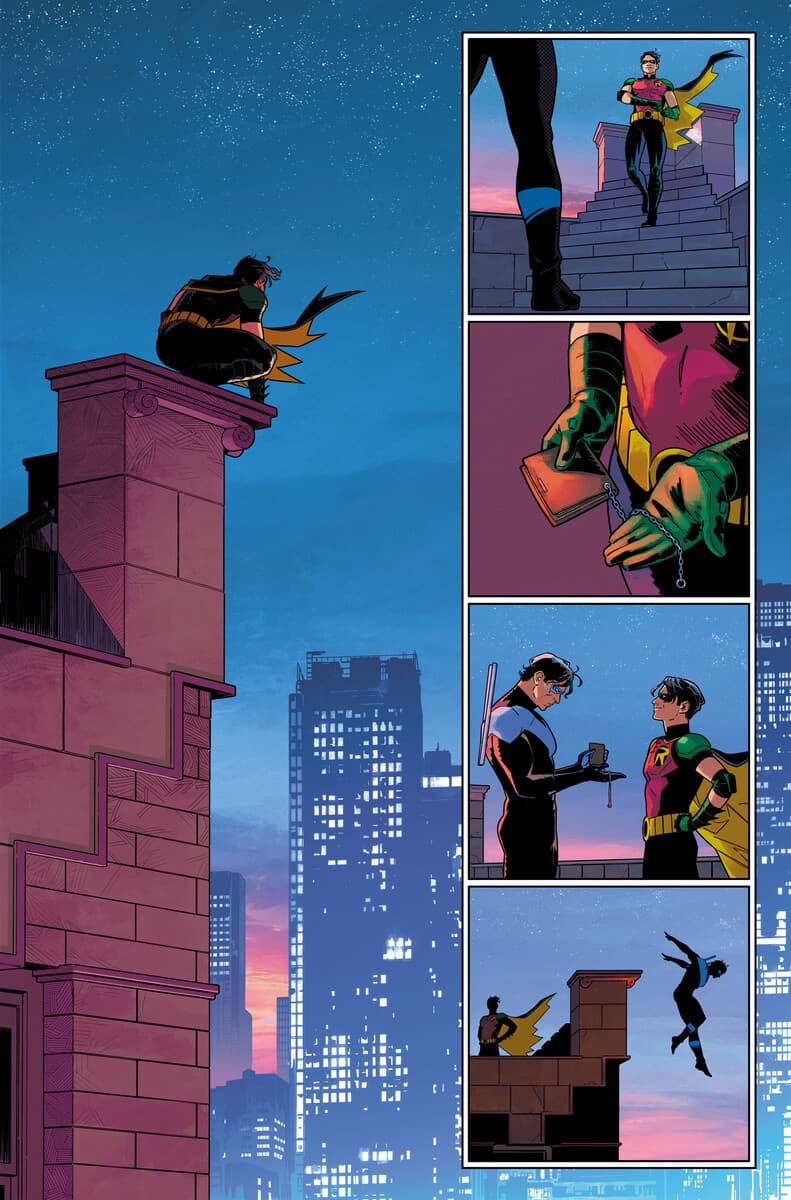 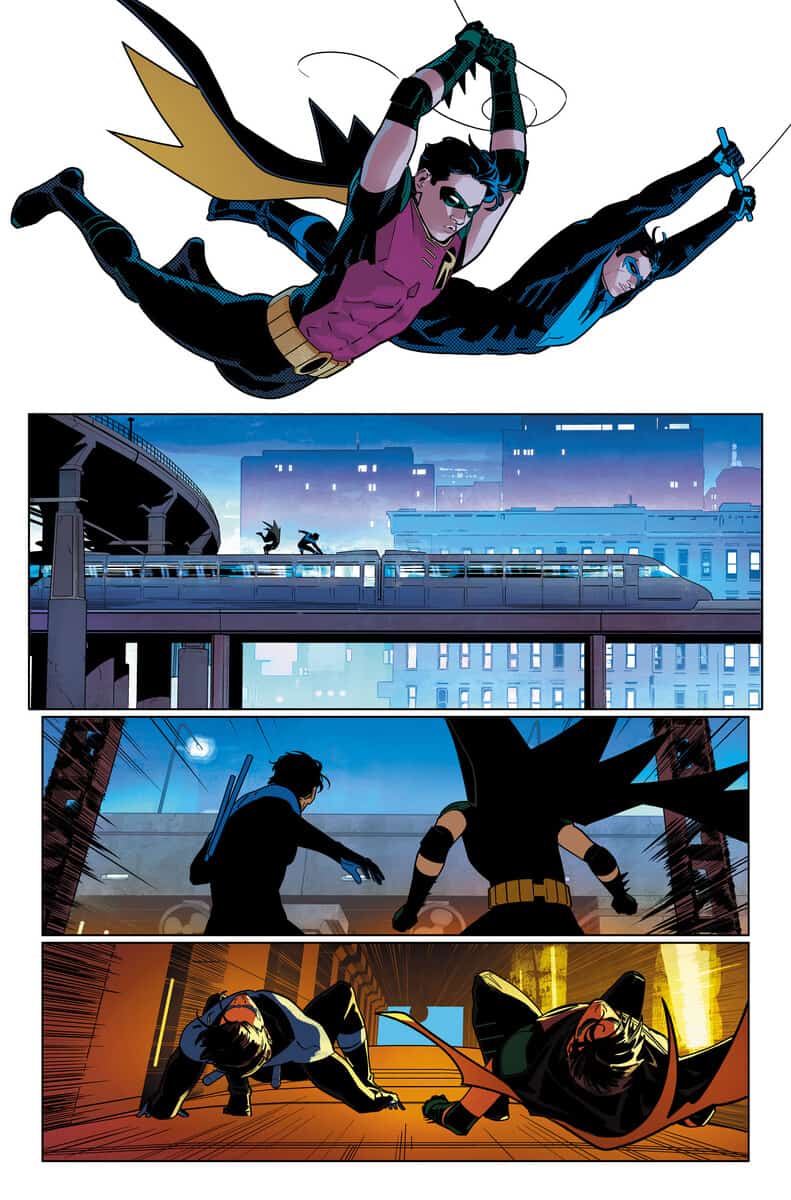 Nightwing #80 interior pages by Tom Taylor, Bruno Redondo, Adriano Lucas and Wes Abbott
Then in Nightwing #81 on Jun 15, Dick Grayson trades out his escrima sticks for a magnifying glass and a sleuth hat to investigate Blüdhaven’s new mayor, Melinda Zucco, and find out how the daughter of the man who murdered Dick’s parents came to power in Nightwing’s city. But his investigative adventure is cut short when he comes face to face with the most horrendous villain in the history of Blüdhaven—HEARTLESS. 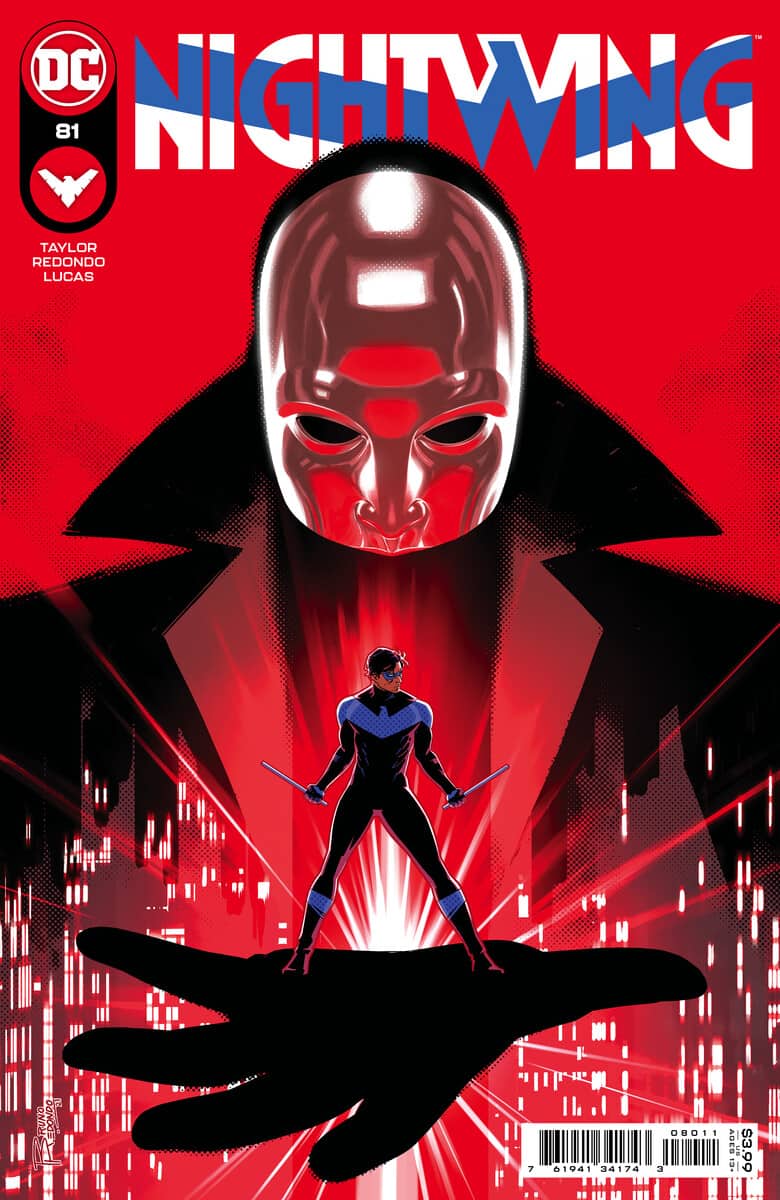 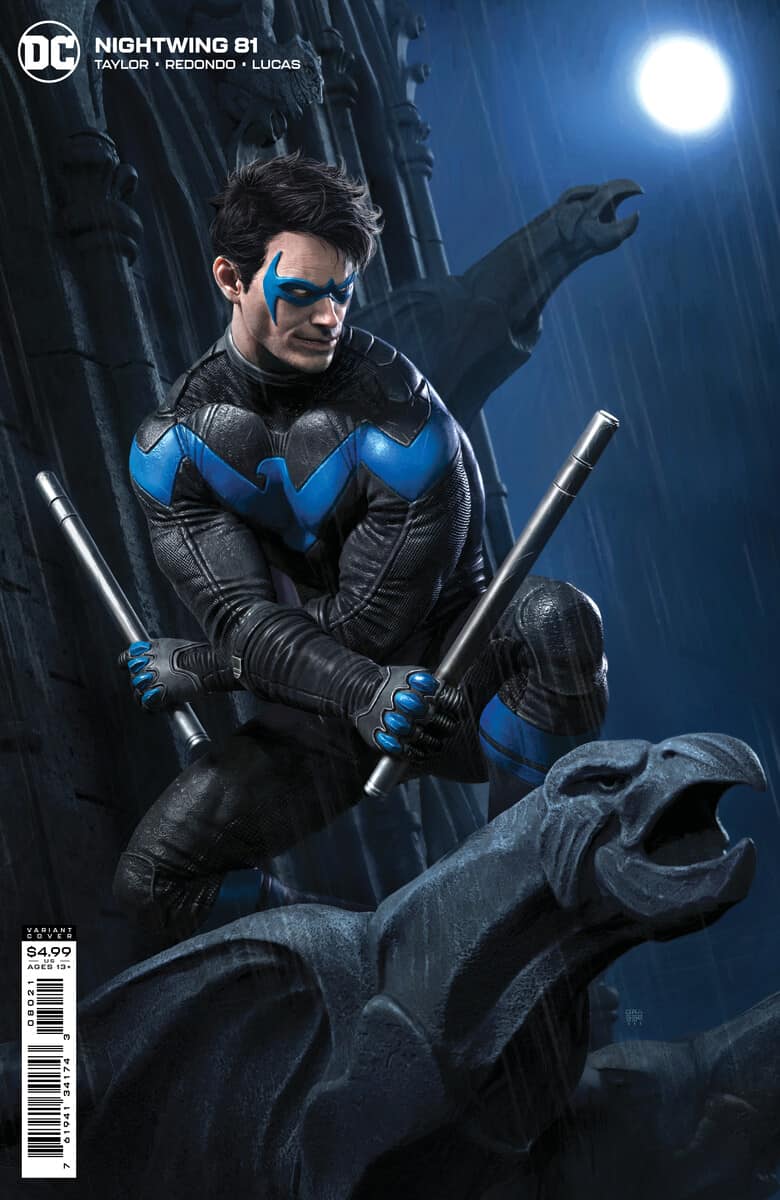 And in Nightwing #82 on July 20, Melinda Zucco’s connection to the man who killed Dick Grayson’s parents wasn’t a surprise to the Blüdhaven hero, but what the former Robin discovers about Melinda’s ties to the Flying Graysons leaves the usually upbeat detective speechless! 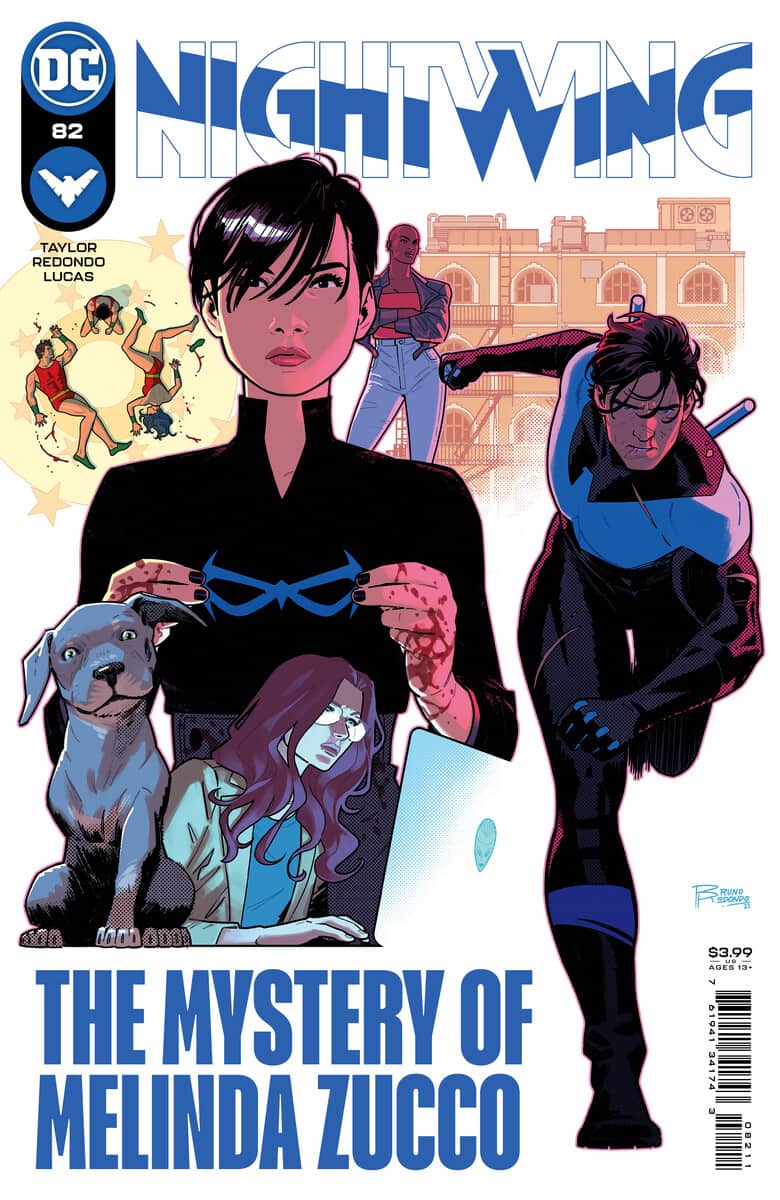 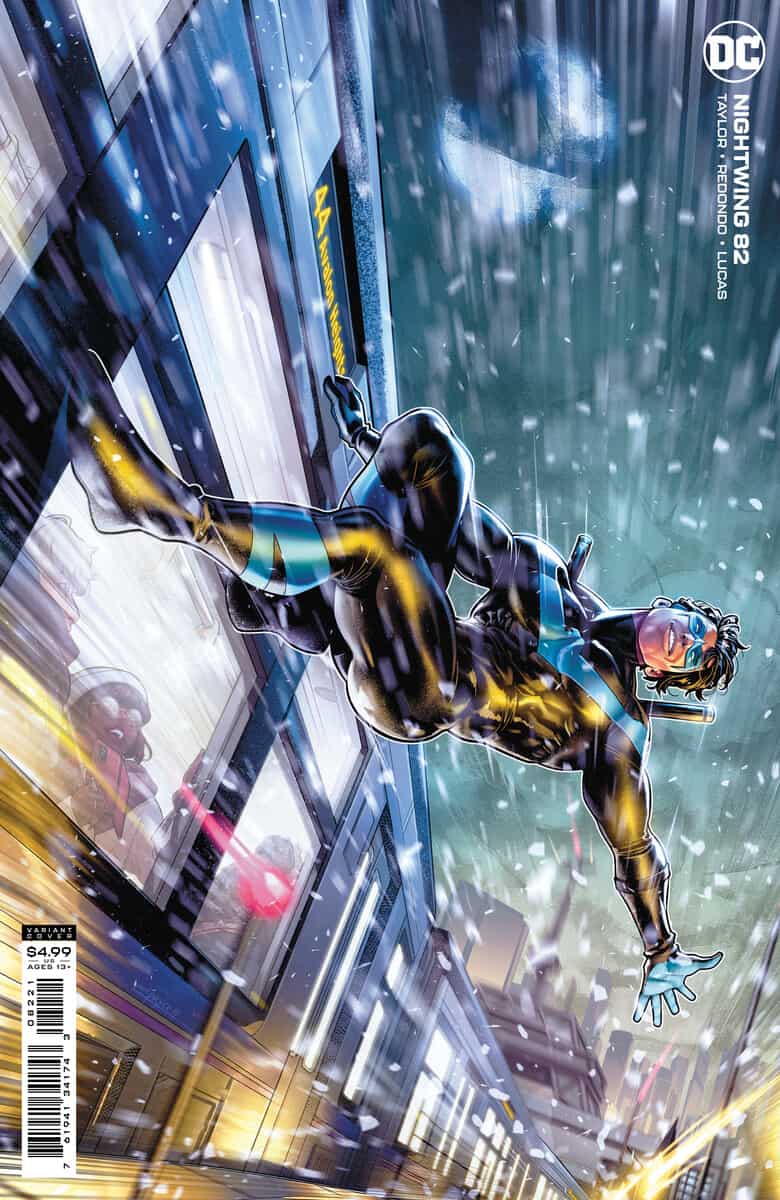 Every issue of Nightwing, written by Tom Taylor (DCeased, Injustice) with art and covers by Bruno Redondo (Injustice, Suicide Squad), color by Adriano Lucas, lettering by Wes Abbott, edited by Jessica Chen, has Nightwing “Leaping into the Light!”