NEWS WATCH: Nightwing #88 — The Blue Stripes Are Back

Nightwing is back to his classic looks, that right, the blue stripes are back! when Nightwing gets an updated suit starting with Nightwing #88, the first issue of Nightwing in 2022.

On his twitter feed, artist Bruno Redondo just shared a teaser for fans saying “Those Things Are Back!” to call out the new blue stripes running all the way down to Nightwing’s fingertips.

Full suit design (saving some detail). Yes, it might be the less brave Re-design I ever did, but don’t believe in fix something that’s not broken… but mixing different stages details with some self adjustments here and there? Dick’s way @TomTaylorMade @DCComics #Nightwing pic.twitter.com/RJr2MLFmYx

Redondo continued to tweet about his Nightwing’s redesign saying:

“If someone minds, I’d like to express myself: I use to enjoy re-design suits with some drastic addition or twist, but the re-design also needs to fits with the character. Dick Grayson is mostly a practical/minimalist hero, does the biggest impact with the less possible effort. I was told to go further if I wanted, but I feel we are trying to move Dick to the center of who-he-really-is, his true being, free from external pressure… would have been a chance to make my mark in a more obvious way? Sure, but that would be only for my own ego, not the story and character portrait we are trying to do. That’s first for me. Back on the suit, I think the FINGER STRIPES that @Stelfreeze designed are the most iconic and timeless things that Dick ever wears.

Not sure if the bird head appeared first in BATMAN: TAS but that’s the second more iconic thing, together with the mask… so, balance all of this together, in a maybe more sport looking way, with some of the @javierfdezart era details (I struggled for months to make work blue palms+finger stripes in the way I needed) was my goal that’s all I wanted, keep Nightwing true, and use some of the best ideas that other artists had on the character before me, with some of my own (I was looking too for this V shape neck since my first issue). Thanks for reading or not!”

Nightwing #88 follows the distressing events of rescuing Haley from getting dognapped by bad guys (in the one-continuous-image Nightwing #87 coming to comic shops on December 21), Nightwing discovers there are way more hits on Dick Grayson than he realized, thanks to going public about his fortune, and he needs to find a clever way to be Dick Grayson and Nightwing at the same time.

Meanwhile, Heartless tries to buy power away from Blockbuster in order to take control of Blüdhaven, and both of these big bads have Nightwing in their crosshairs. 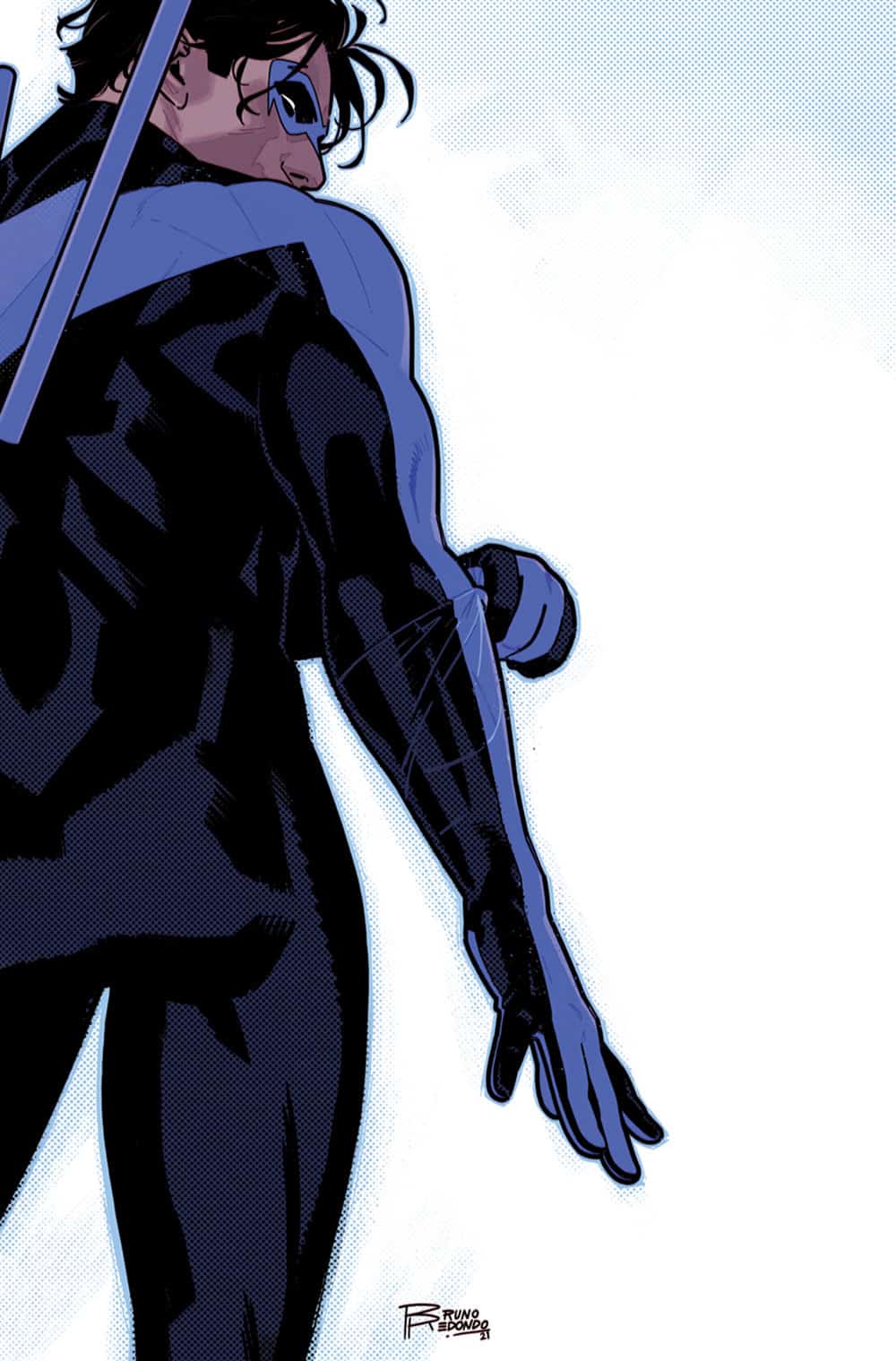 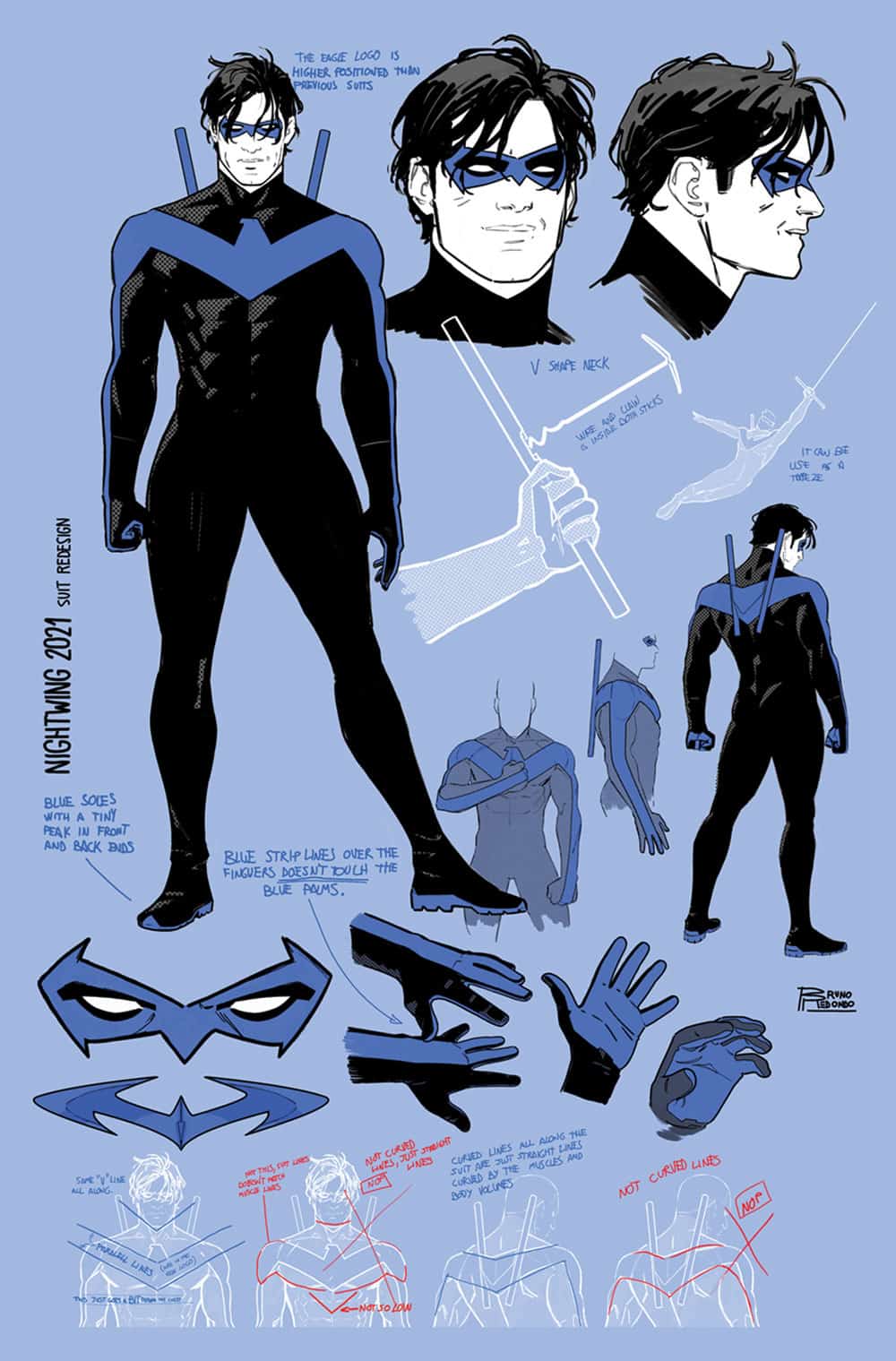 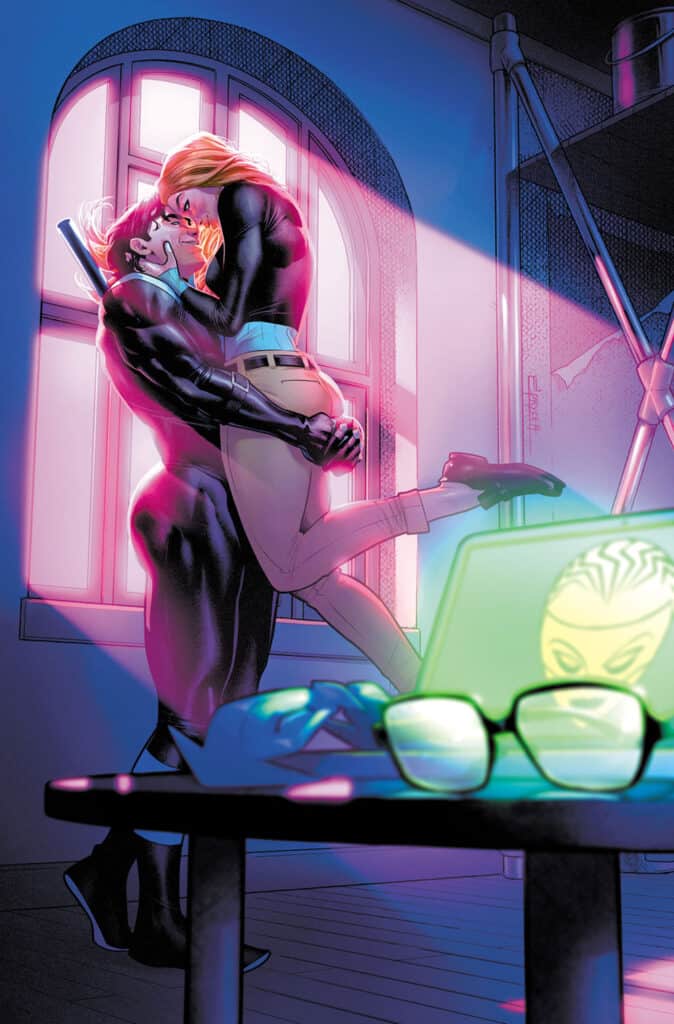 Nightwing will don his new threads in NIGHTWING #88 in comic shops and on digital platforms on January 18, 2022, from DC Comics.

NEWS WATCH: Nightwing #88 — The Blue Stripes Are Back