NEWS WATCH: ‘Once & Future #1’ from BOOM! Studios Sells Out AGAIN 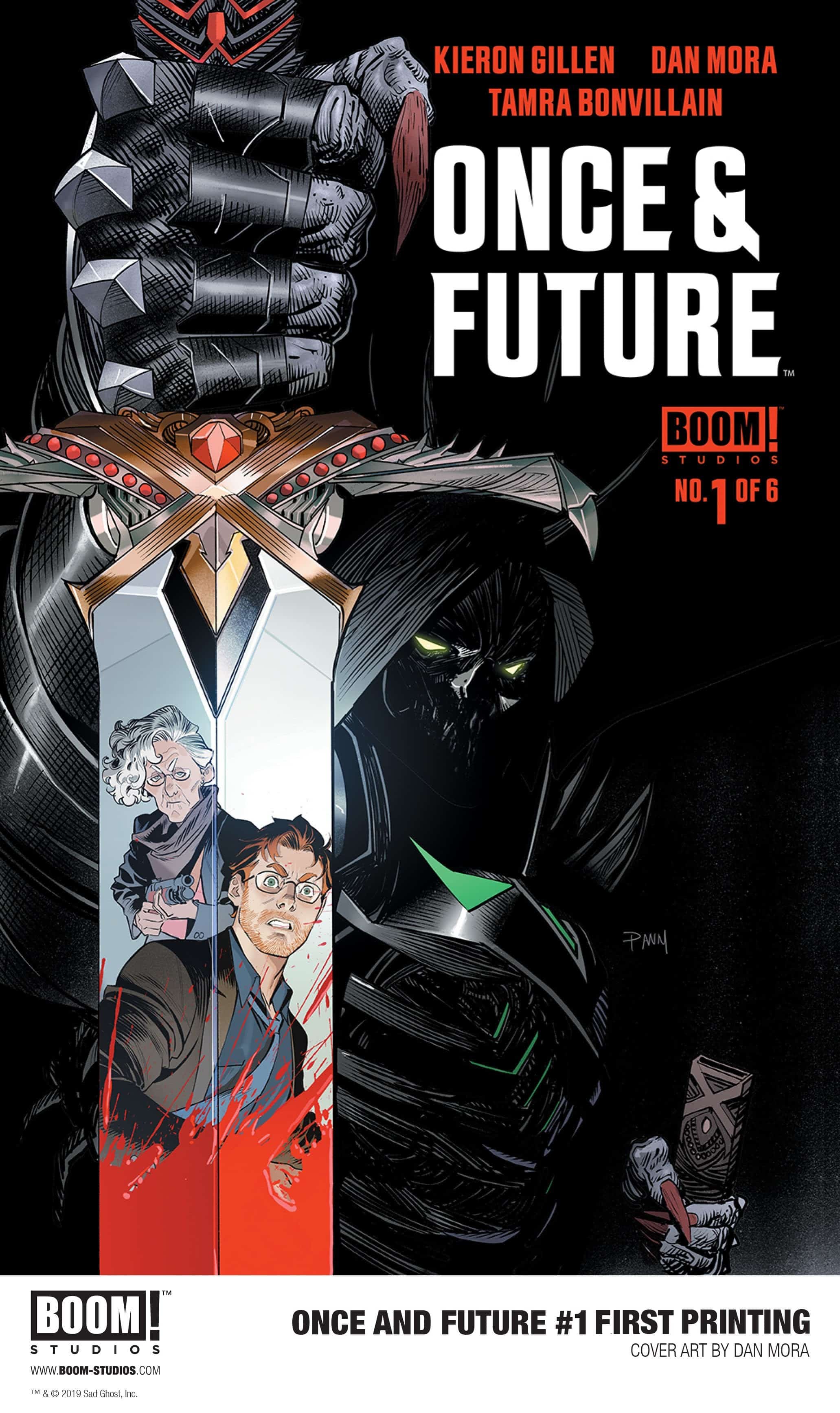 Due to the incredible demand for the premiere issue of the hotly anticipated series, BOOM! Studios has fast-tracked the ONCE & FUTURE #1 THIRD PRINTING VARIANT, featuring an all-new cover by series artist Dan Mora, arriving in stores on September 4, 2019.

The most anticipated original series launch of the year, ONCE & FUTURE introduces readers to ex-monster hunter Bridgette McGuire, who must pull her unsuspecting grandson Duncan, into a world of magic and mysticism to defeat a legendary threat when a group of Nationalists use an ancient artifact to bring a villain from Arthurian myth back from the dead. Now Bridgette and Duncan must navigate the complicated history of the McGuire family and combat the deadly secrets of England’s past that threaten its very future.

“We knew Kieron, Dan, Tamra and the team made something special with ONCE & FUTURE, but we’re floored by how quickly the second printing sold out. Even though we fast tracked the second printing to get copies in stores quickly, demand exceeded our expectations and we’re going to have to allocate,” said Filip Sablik, President of Sales and Marketing, BOOM! Studios. “ONCE & FUTURE #1 returning with a third printing means even more readers can discover why this is the most anticipated original series of the year!”

ONCE & FUTURE #1 is the newest release from BOOM! Studios’ eponymous imprint, home to critically acclaimed original series, including Once & Future by Kieron Gillen and Dan Mora; Faithless by Brian Azzarello and Maria Llovet; Abbott by Saladin Ahmed and Sami Kivelä; Bury The Lede by Gaby Dunn and Claire Roe; Klaus by Grant Morrison and Dan Mora; and the upcoming Folklords by Matt Kindt and Matt Smith. The imprint also publishes popular licensed properties including Joss Whedon’s Firefly from Greg Pak and Dan McDaid; Buffy The Vampire Slayer from Jordie Bellaire and David Lopez; and Mighty Morphin Power Rangers from Ryan Parrott and Daniele Di Nicuolo. 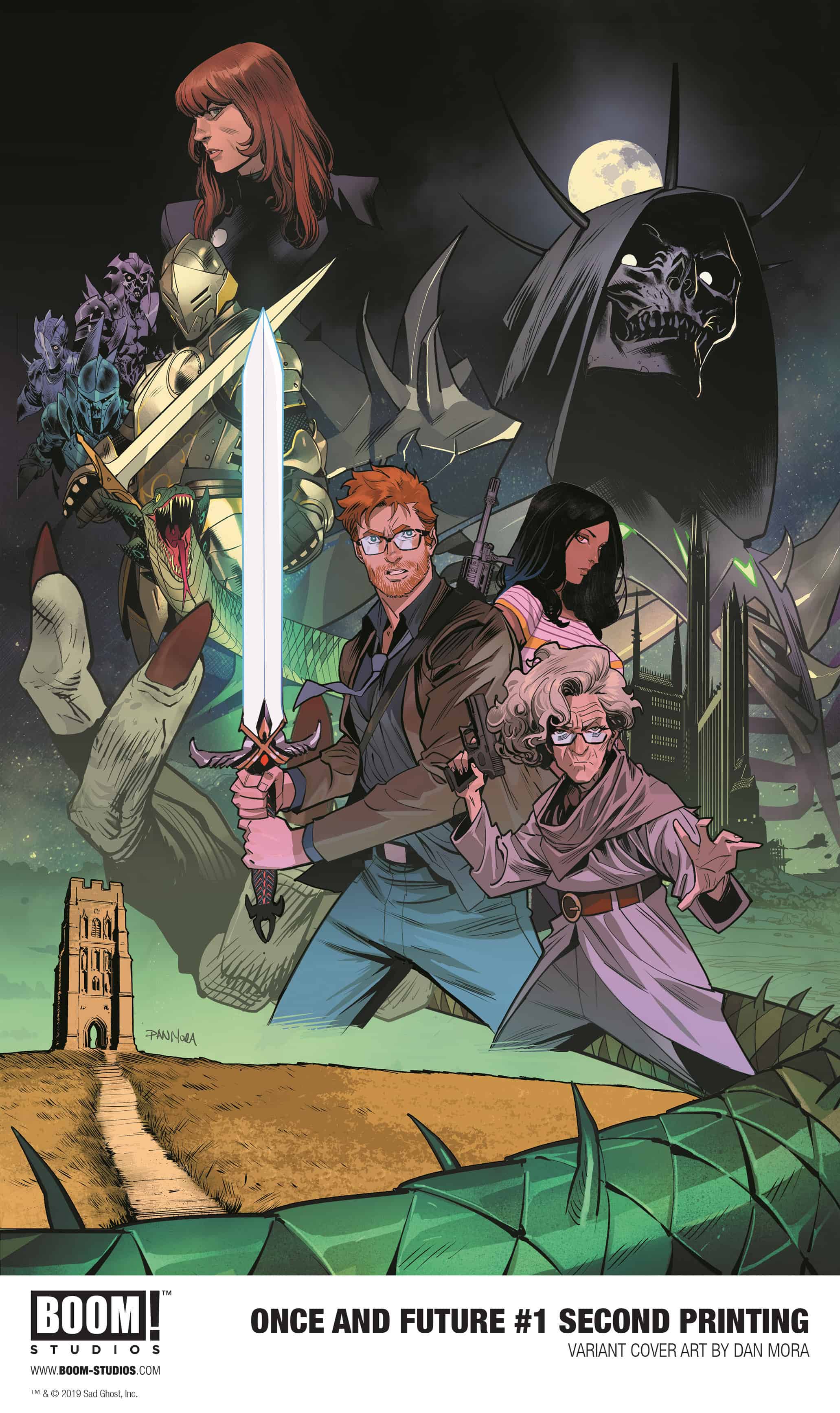 Print copies of ONCE & FUTURE #1 First Printing, featuring cover art by artist Dan Mora, will officially be available for sale on August 14, 2019 at local comic book shops (use comicshoplocator.com to find the nearest one) or at the BOOM! Studios webstore.

ONCE & FUTURE #1 Second Printing, featuring a new variant cover by Dan Mora will be available for sale on August 28, 2019 at local comic book shops. Digital copies can be purchased from content providers, including comiXology, iBooks, Google Play, and the BOOM! Studios app.

As always, stay tuned to Comic Watch for all your latest fandom news and reviews!

NEWS WATCH: ‘Once & Future #1’ from BOOM! Studios Sells Out AGAIN