ONI PRESS has announced two of their upcoming releases for Aquicorn Cove and Rick and Morty Presents: HeRICKtics of Rick both available for preorder.

AQUICORN COVE
From the Eisner Award-nominated author of The Tea Dragon Society and Princess Princess Ever After comes Aquicorn Cove, a heartfelt story about learning to be a guardian to yourself and those you love.
When Lana and her father return to their seaside hometown to help clear the debris of a big storm, Lana remembers how much she’s missed the ocean—and the strong, reassuring presence of her aunt. As Lana explores the familiar beach, she discovers something incredible: a colony of Aquicorns, small, magical seahorse-like creatures that live in the coral reef. Lana rescues an injured Aquicorn and cares for it with the help of her aunt, who may know more about these strange creatures than she’s willing to admit. When a second storm threatens to reach the town, choices made many years ago about how to coexist with the sea start to rise to the surface. Lana realizes she will need to find the strength to stand on her own, even when it means standing up to the people who she has always relied on to protect her.
Check out the preview pages below: 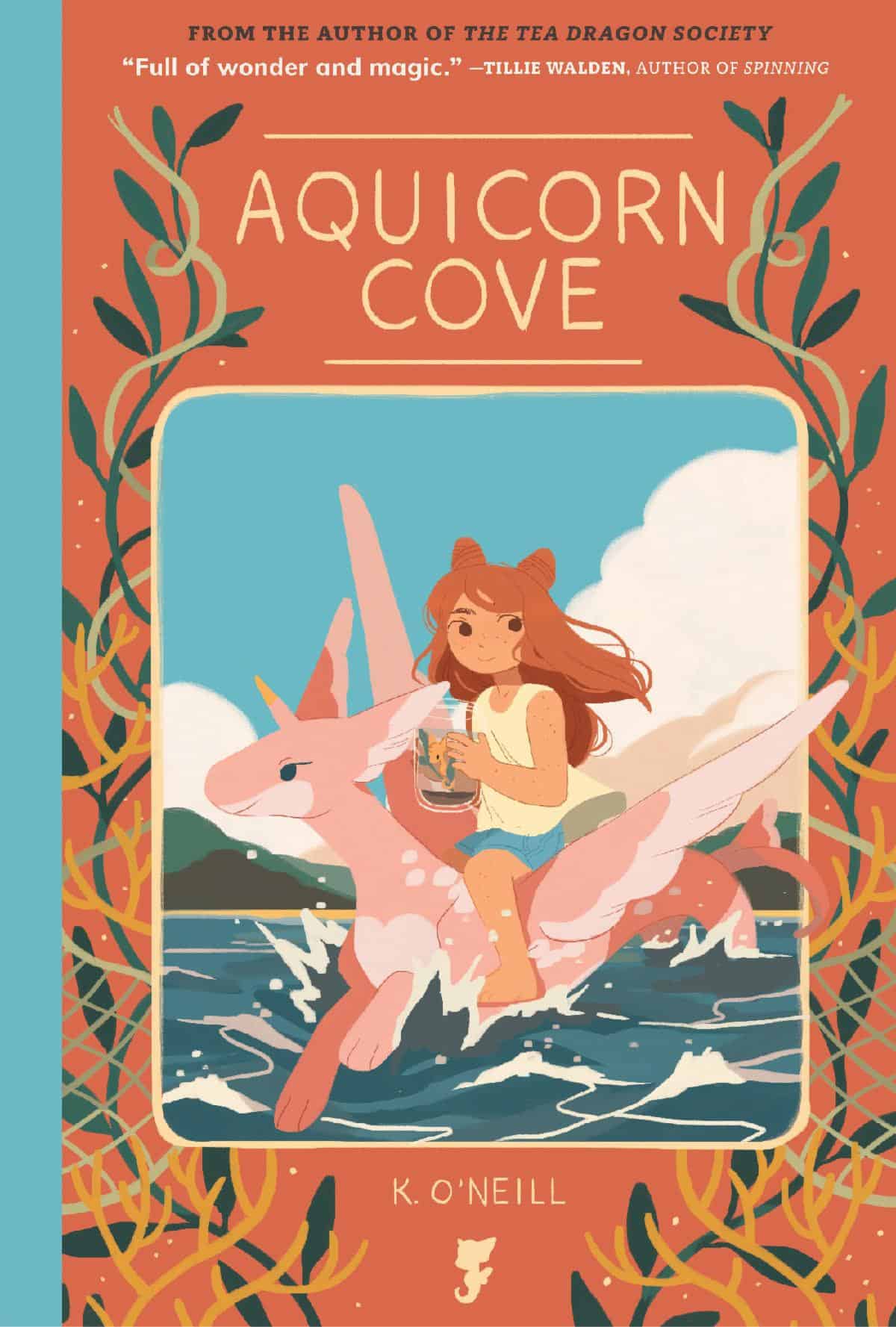 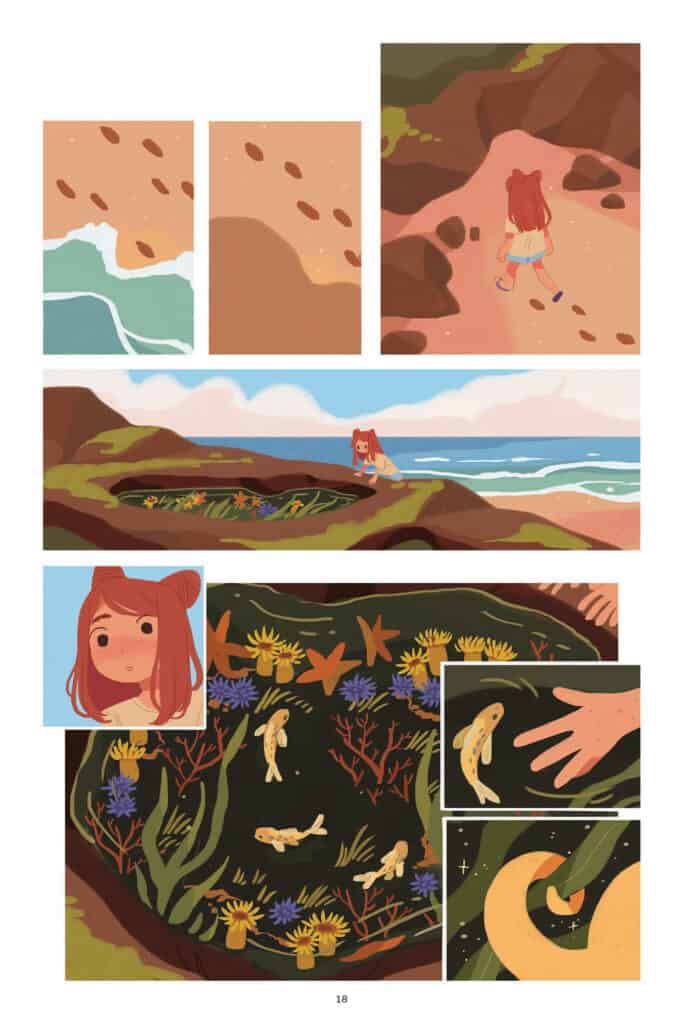 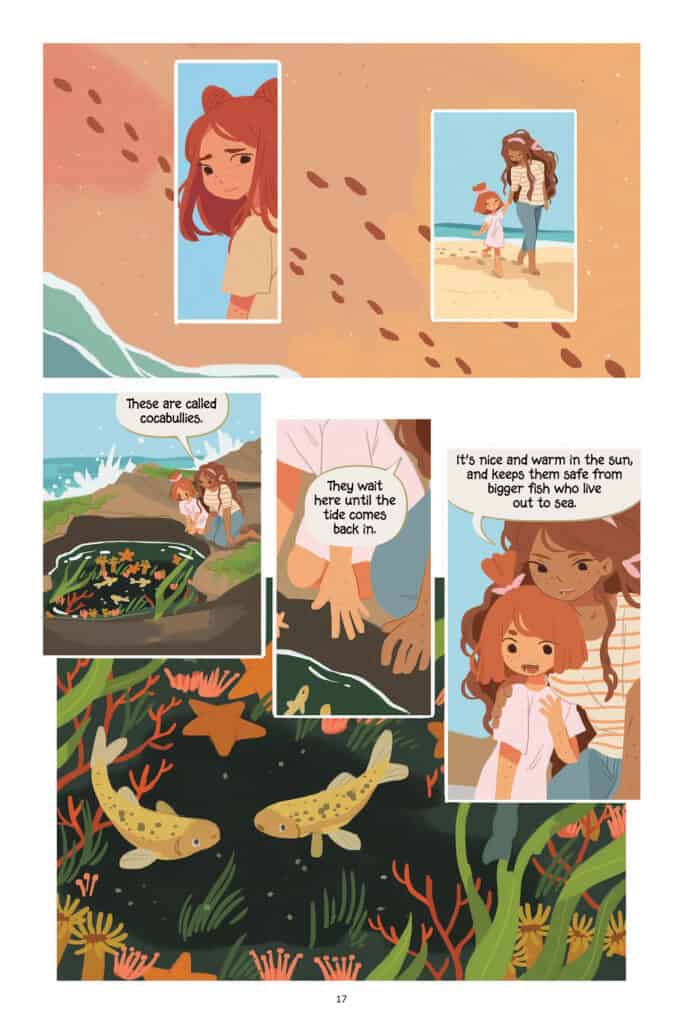 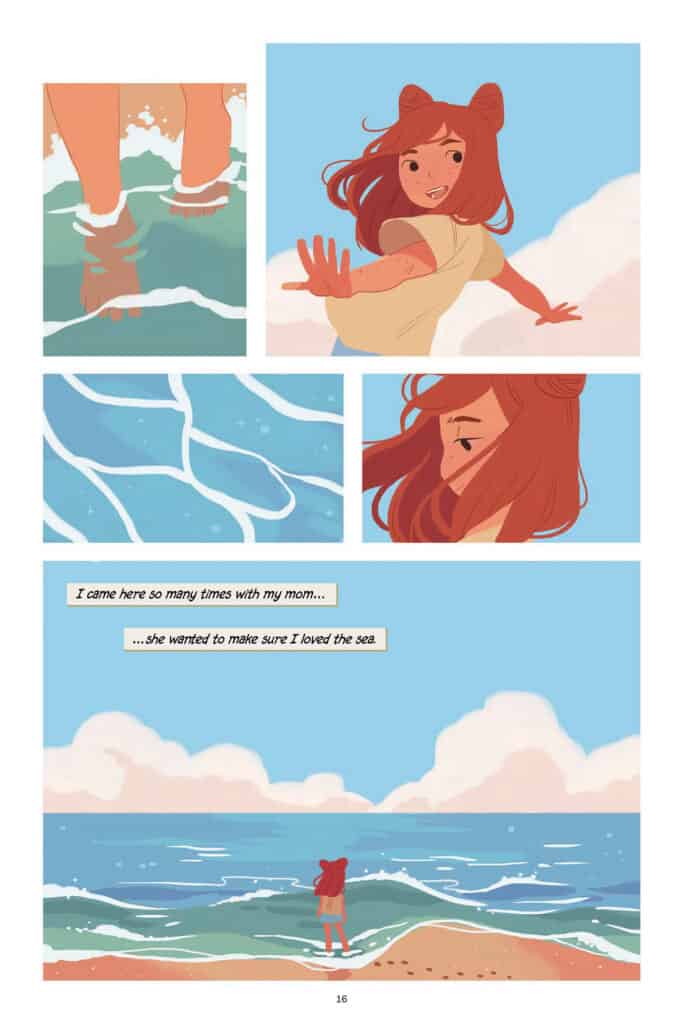 Rick and Morty Presents: HeRICKtics of Rick
(W) Amy Chu, Alexander Chang (A) Sarah Stern, Crank!
When Rick finds the source of a new, incredibly powerful substance, he lays claim to an entire planet in order to corner the market. But Rick and Morty aren’t the only ones on the recently renamed Arrickis, and the original inhabitants aren’t going to go away quietly.
Rick and Morty become embroiled in the local political and religious struggle and must escape not only with their lives but with their minds intact!
On sale date: 1/26/2022 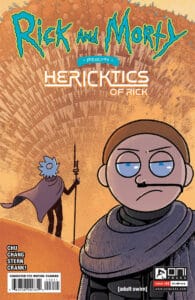 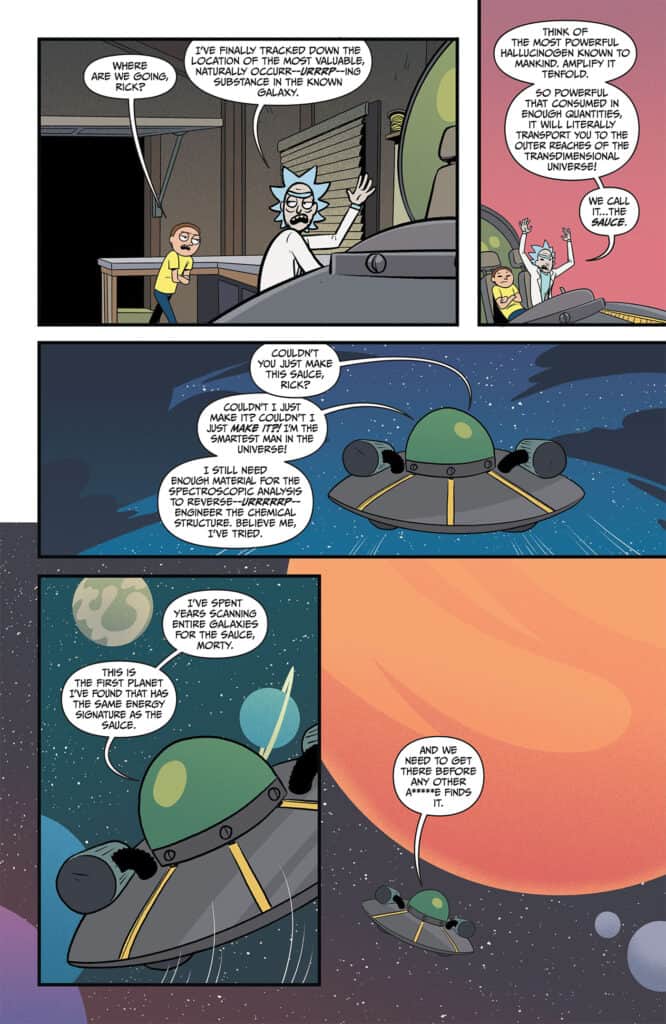 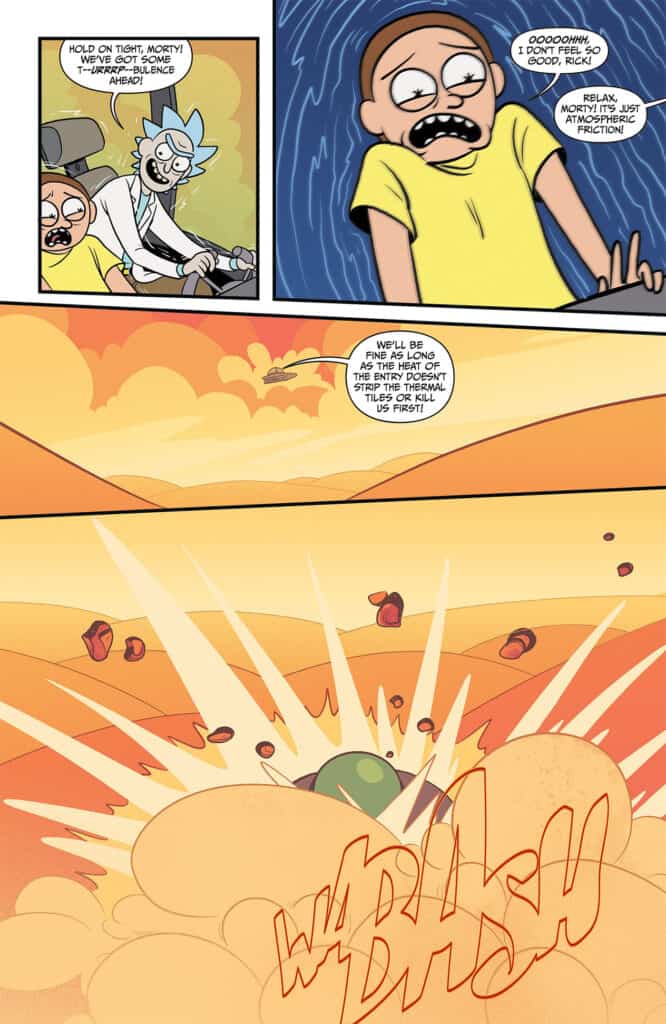 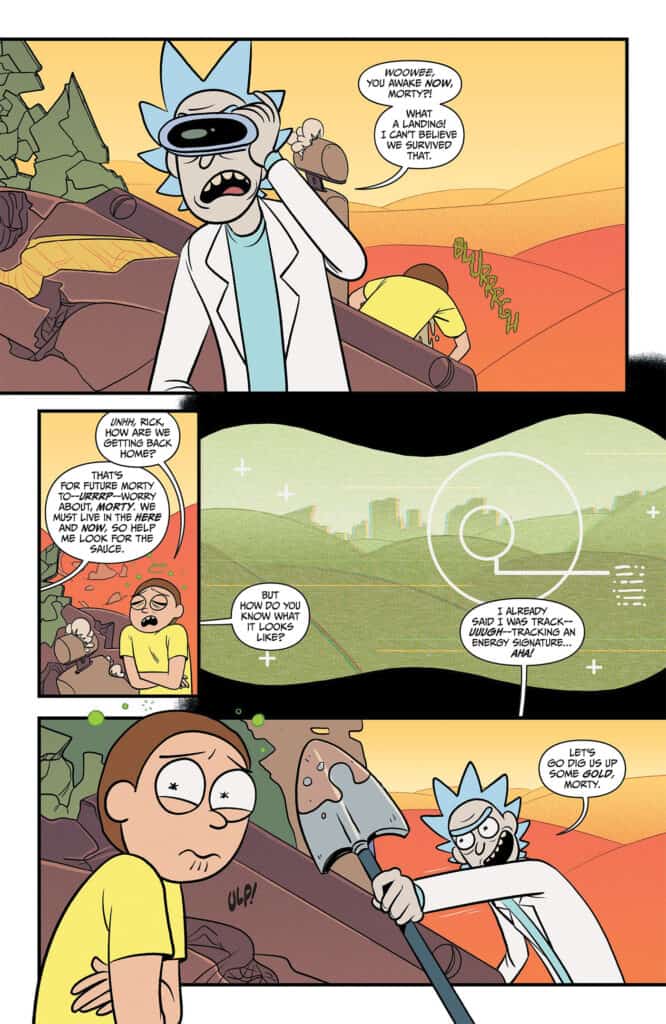 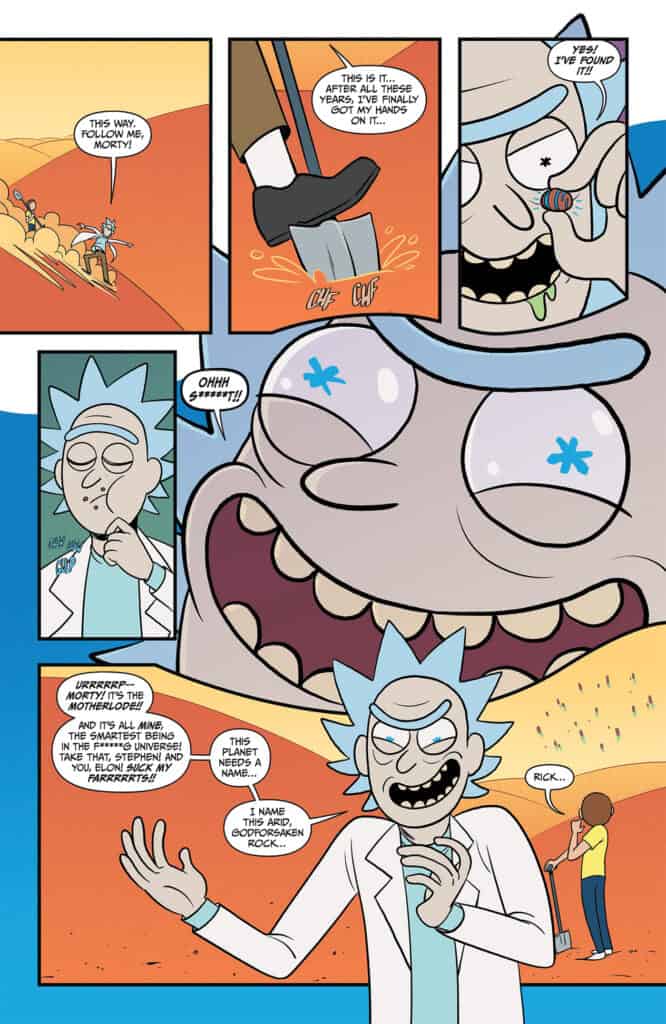