Issue three of the hot new series Ordinary Gods by Kyle Higgins and Felipe Watanabe will feature an exciting 1:25 incentive copy variant by Doaly and welcome a new member to the creative team in Joe Clark.

Clark is a multiple award winning music composer and arranger whose compositions and arrangements have been performed by the likes of Yo-Yo Ma, Randy Brecker, Jon Faddis, Kurt Elling, Phil Woods, Ira Sullivan, the Minnesota Orchestra, players from the Chicago Symphony, Louisiana Philharmonic, and more worldwide. His arrangements can also be heard on many albums, including Kanye West and Malik Yusef’s “G.O.O.D. Morning G.O.O.D. Night.” He will join Higgins and Watanabe as a permanent co-writer on the series going forward.

“Sometimes you meet a person and you immediately know that they will forever be a part of your life. Joe and I first met when we were 14 years old, playing trumpet together in our (very competitive) high school jazz band. But rather than competitors, we became fast friends, bonding over a love of music, cinema, and comic books. In fact, it was Joe who first introduced me to the work of Grant Morrison, Neil Gaiman, and Alan Moore,” said Higgins. “Over the years, we’ve collaborated on a litany of projects, including The C.O.W.L. Sessions, our original jazz album that accompanied our Image superhero series. Joe has always been someone I talk story with, a multifaceted creator who I could not be more excited for comics readers to finally meet.”

Watanabe added: “I met Joe after joining our team, and I can tell you, being able to have such generous and talented partners is a privilege, and I can’t wait for people to read our comic, and get to know more about Joe’s work.”

Paris! City of Light! In Ordinary Gods #3, the awakened gods are on the hunt for the Trickster—but how do you find one person in a city of millions? And they’ll need to hurry—because on the Plane of the Gods, those who remain are starting to move against them. 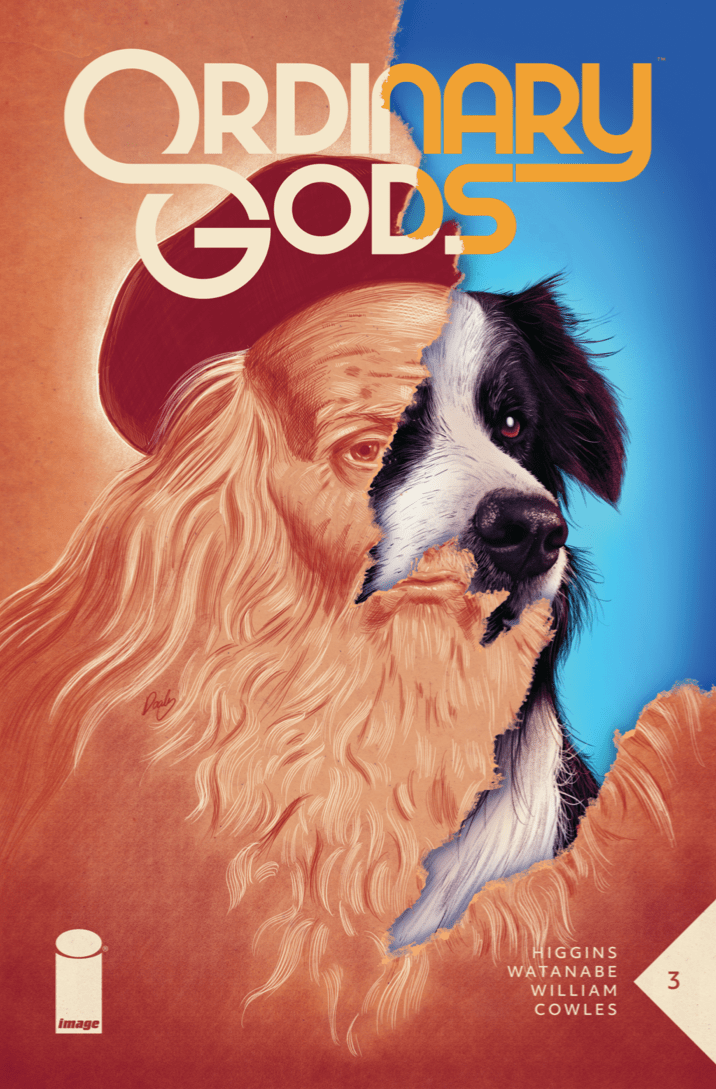 Ordinary Gods #3 will be available at comic book shops on Wednesday, September 8:

Ordinary Gods #3 will also be available for purchase across many digital platforms, including Amazon Kindle, Apple Books, comiXology, and Google Play