Hot on the release of issue 1 today Here is the announcement of what fans can expect from the next issue releasing in June 2021!

The Marvel’s Stormbreaker artist invited fans to enter a breathtaking new vision of the Marvel Universe complete with her extraordinary versions of the X-Men, the Avengers, Venom, and more. And today, Marvel is proud to reveal the title and cover for the second installment of the Demon Days saga coming in June: DEMON DAYS: MARIKO! This spectacular story will dive even deeper into the world Momoko has single-handedly created and introduce her takes on characters such as Black Widow and Nightcrawler.

In the shadow of Kirisaki Mountain… a secret history comes to light! Mariko Yashida hears mysterious voices and has strange dreams that feel real. Her redheaded maid who dresses all in black might know more than she lets on. What is the connection between Mariko, the creatures called oni, and Kirisaki Mountain? Find out in the next installment of this tale of magic, monsters, and Marvel characters like you’ve never seen them before, all beautifully rendered by Peach Momoko! Here’s what the elite artist had to say about this epic series:

“The first issue of Demon Days starts off in feudal Japan with Sai (Psylocke)… but the next issue will be completely different. Different timeline, different characters (even the main character is changing), different tone to the story. But it is still a connecting story.

“The second issue starts with the new main character [Mariko Yashida] and is a story that I originally pitched to CB a couple years ago. The connection between the first issue and the rest of the series is that they are all based in Mt. Kirisaki. The first issue is a folktale about Mt. Kirisaki. And the rest of the series is about characters having a deep relationship with the mountain. After the first issue, I will be telling a traditional Japanese folktale with a modern twist.”

“All of my characters are based on Marvel characters but turned into yokai, kami, and other Momoko-verse ideas inspired by Japanese folklore. They all look different, act different… but I hope everyone will still enjoy my version of the Marvel world.” 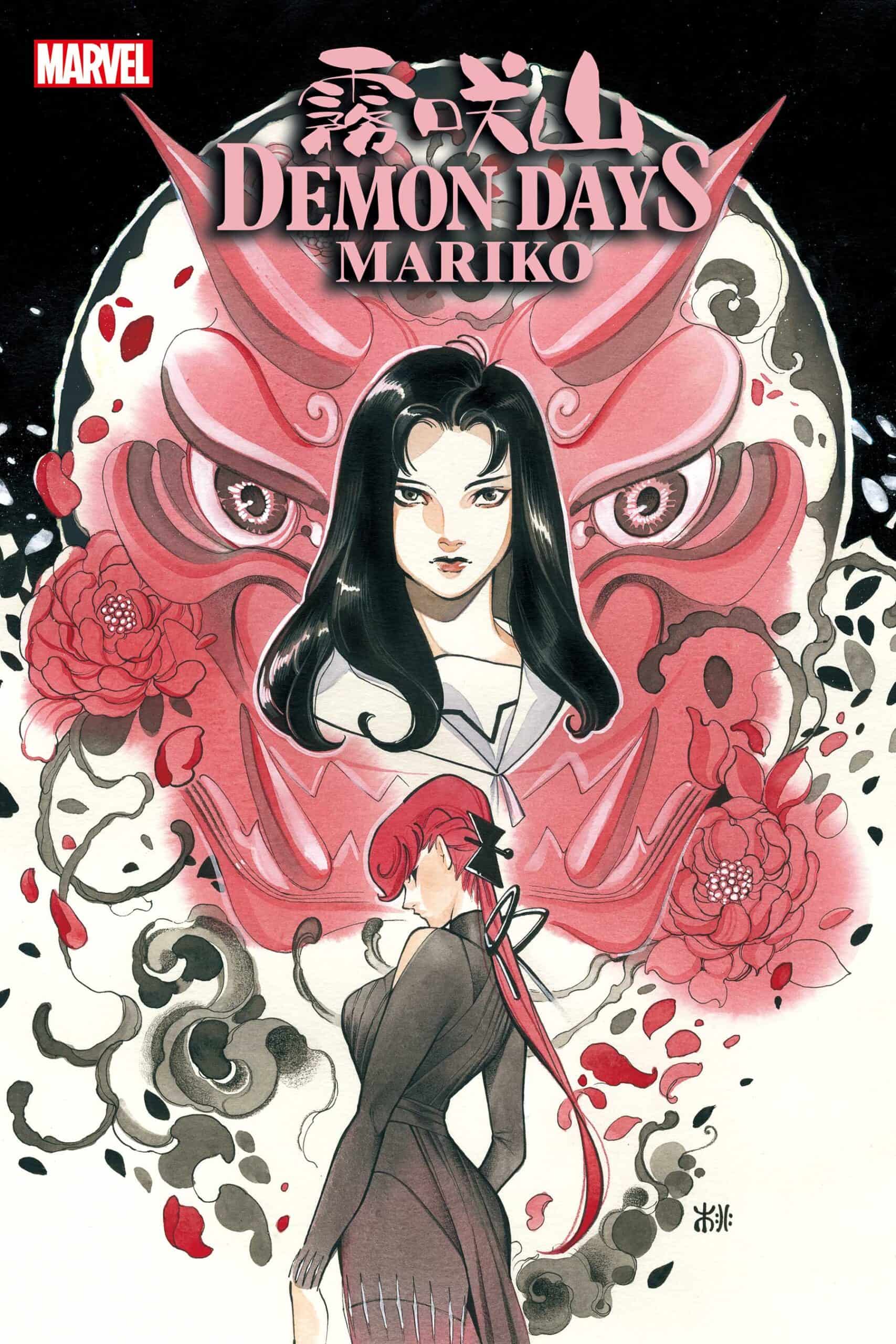 Don’t miss the next chapter in this unforgettable saga when DEMON DAYS: MARIKO hits stands in June.