Visionary creator Peach Momoko’s next Marvel epic began yesterday in DEMON WARS: THE IRON SAMURAI! Written and drawn by Momoko, this four-part series reimagines the iconic Marvel event, Civil War, in breathtaking fashion. Told through the lens of one of the industry’s most inventive talents, the classic Civil War story beats are blended with traditional Japanese folklore, and the event’s major players including Captain America, Iron Man, and Black Panther have received stunning, mystical redesigns. With the first installment on sale today, fans can now see the cover and learn more about the next chapter in this incredible saga: DEMON WARS: SHIELD OF JUSTICE #1!

It’s Iron Samurai VS. Shield of Justice! Mariko Yashida is torn between two worlds: the human world and the yokai dimension–a strange world filled with stranger creatures. The denizens of the yokai dimension need Mariko’s help to stop a war that’s brewing between two factions, one led by the Iron Samurai and his spider-like ally, and the other by a shield-wielding warrior and his panther-like right hand. The clash between them could have cataclysmic consequences for both worlds!

“I am very happy to expand the series and get to show more of the love that I have for Japanese folklore and the way it inspires me with new stories told through my Momoko-verse lens,” Momoko said. “I am also very excited to redesign even more characters because I love character designing! It is a honor to tell my version of the classic Marvel Comics event, Civil War. My story and characters are already so different from the main Marvel Universe designs, and this series will give fans a chance to see even more fun layers and different takes on Marvel storytelling. “

Dive deeper into the magic, mystery, and mayhem of Peach Momoko’s DEMON WARS when DEMON WARS: SHIELD OF JUSTICE arrives in November! 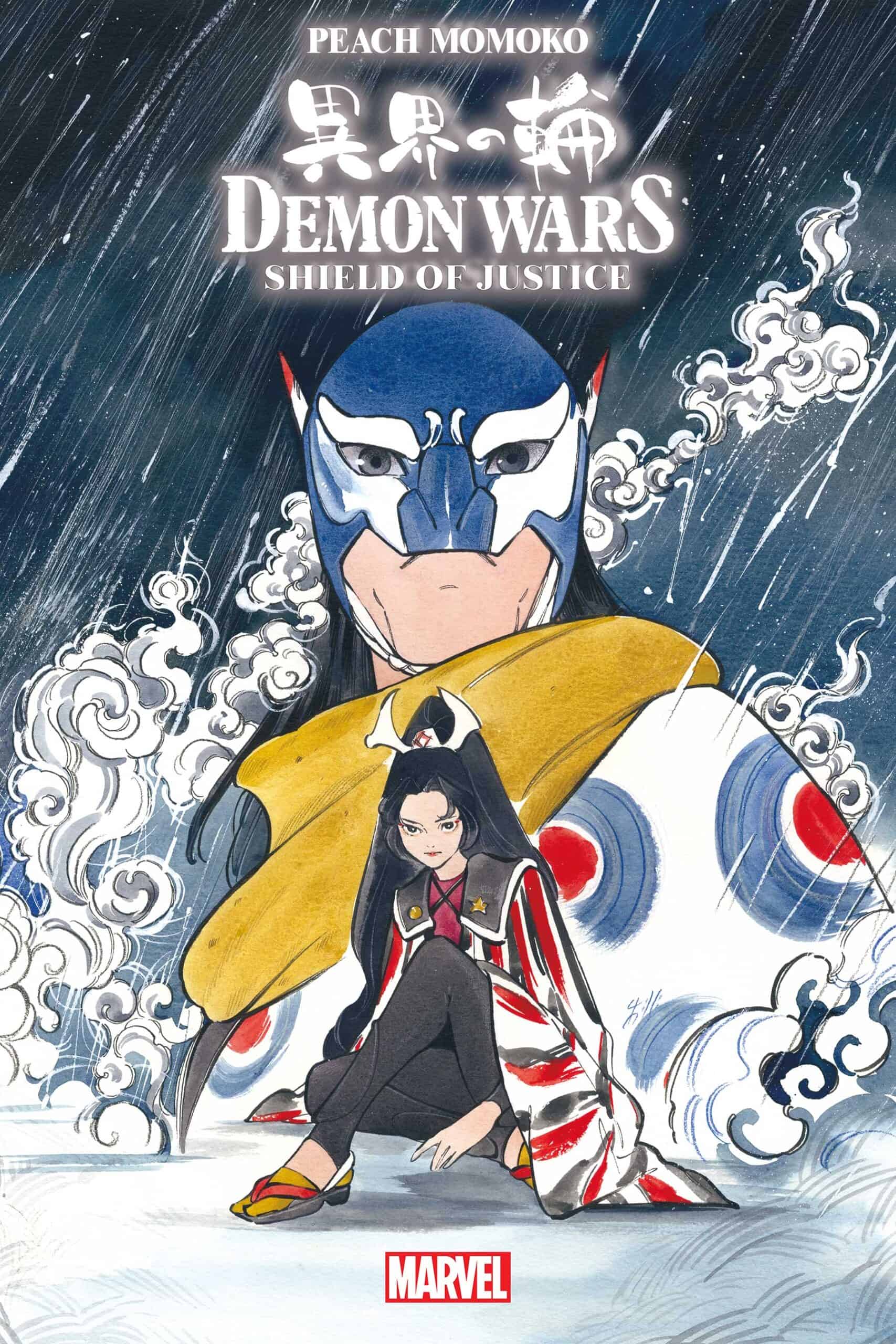