on June 7, 2019
Evie Pierce – a dedicated nurse – awakens to an unfamiliar world alongside two strangers—one, a young and snarky superhero; the other, a hardened rebel military commander of a post-apocalyptic world. When a mysterious figure begins to hunt them down, the three women must work together to survive, discover why they were assembled, and how their survival is the key to saving all existence.

Written and illustrated by veteran creator Phillip Sevy (The Freeze, The House, Tomb Raider), Triage is a five-part sci-fi epic that explores the idea of how we measure up when standing beside heroes and legends.

Here is some TRIAGE prologue art by Phil Sevy that was first revealed in a PASTE magazine exclusive: 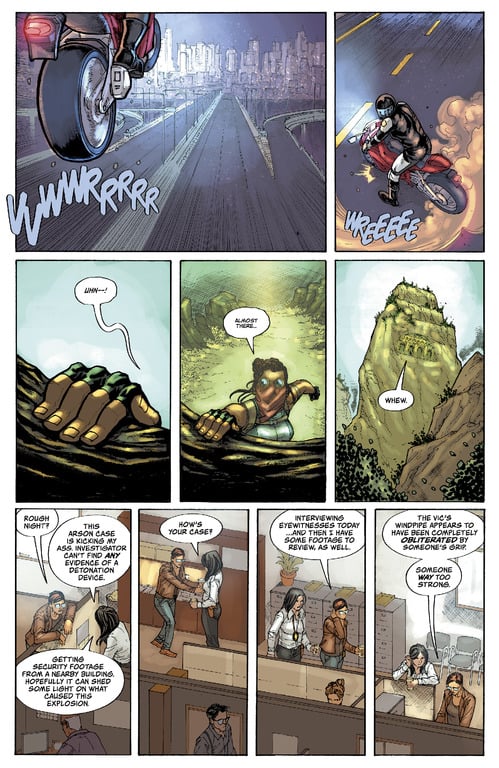 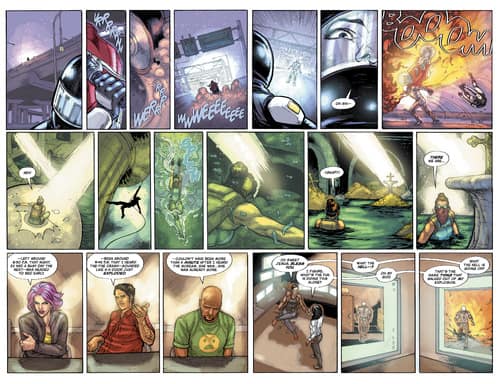 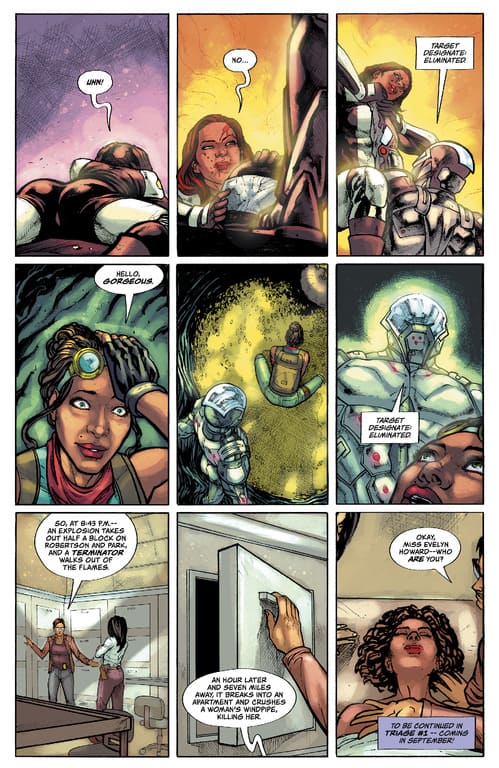 “For my first creator-owned book, I wanted to try and deliver the biggest, boldest, and craziest story I could through the lens of one singular vision. In Triage, I wanted to go as big and as personal as possible. From writing to penciling to inking to coloring (with amazing letters by Frank Cvetkovic), I’ve been killing myself to deliver a story that is exciting, fun, audacious, and human. Evie has become one of my favorite characters I’ve got to work with. At its core, Triage is about discovering your identity amidst the chaos and enormities of the world around you.”—Phillip Sevy

Triage #1 (of five) goes on sale September 4, 2019, and is available for pre-order at your local comic shop. 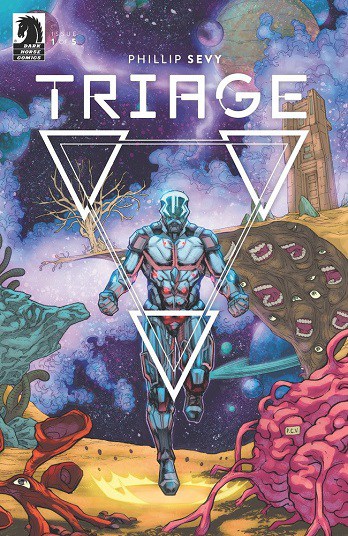 Early Praise for Triage:
“Triage is dynamic, beautifully-rendered, and absolutely refuses to stay put in any one genre, exploring its different worlds and stories through a shifting, yet uniquely singular, lens. Fitting then, that Phil Sevy—madman that he is—could serve as brilliant jack-of-all-trades every creative position on the whole dang book.”—Ryan Cady (Infinite Dark, Old Man Logan)

“This is the sort of crazy-ambitious storytelling we need in comics—and here, it’s crafted with both confident precision and vital empathy.”—Mathew Groom (Self-Made, Power Rangers)
“Phil effortlessly establishes himself as a do-it-all creator in under 30 pages. One of the most confidently balanced mixes of pop sci-fi and genuine character appeal in recent memory, and the best his art has ever looked, too.”—Steve Foxe (Paste Magazine)“I got to read this early and I can’t get it out of my head. Phil starts his story with some of the most raw and human experiences possible and takes us directly into the fantastic neon world he has created.”—Tini Howard (Thanos, Glow)

“A complete masterpiece – a strange, mind-bending story that does more in its first 20 pages than many books do in 120. Working with Phil on TOMB RAIDER was A+, but watching him render his very own world? It’s amazing.”—Jackson Lanzing (Tomb Raider, Green Arrow)

“It’s remarkable enough that Sevy tackles writing, art and colors all at once, but watching him combine a fascinating hook, a colorful sci-fi landscape, a strong female protagonist and authentic narration, it makes his work on Triage truly impressive.”—Zack Kaplan (Nightwing, Port of Earth)