From the New Orleans Harbor Patrol to the Avengers to the Ultimates, Monica Rambeau has been a leader and team player her entire life but now she’ll face a reality-shattering crisis that she’ll have no choice but to take on single-handedly. In order to do so, Photon will need to reach new heights of her incredible abilities—and then surpass them! In a revelatory journey spanning time and space, fan will behold Photon’s true potential. The adventure begins when Photon is charged with making a very special, very cosmic delivery. What should be light work (get it?) for Monica becomes increasingly complex and dangerous due to a threat from beyond and family drama.

“It’s such an honor to be taking on the story of a legacy character like Monica Rambeau,” Ewing said. “Monica’s character has a long history in the Marvel Universe, but she’s way overdue for getting her own story told. I’m picking the pen up from the legend himself, Dwayne McDuffie, who put out the last Monica Rambeau solo adventure almost three decades ago. It’s a privilege and I’m excited to tell the story in a way that both highlights her incredible cosmic abilities as well as her everyday, relatable struggles. I hope this will be a title that has something equal to offer to veteran readers and folks who may be brand new to comics.”

Explore the outer reaches and wildest vagaries of the Marvel Universe through the eyes of one of its most powerful heroes when MONICA RAMBEAU: PHOTON #1 arrives in December. For more information, visit Marvel.com. 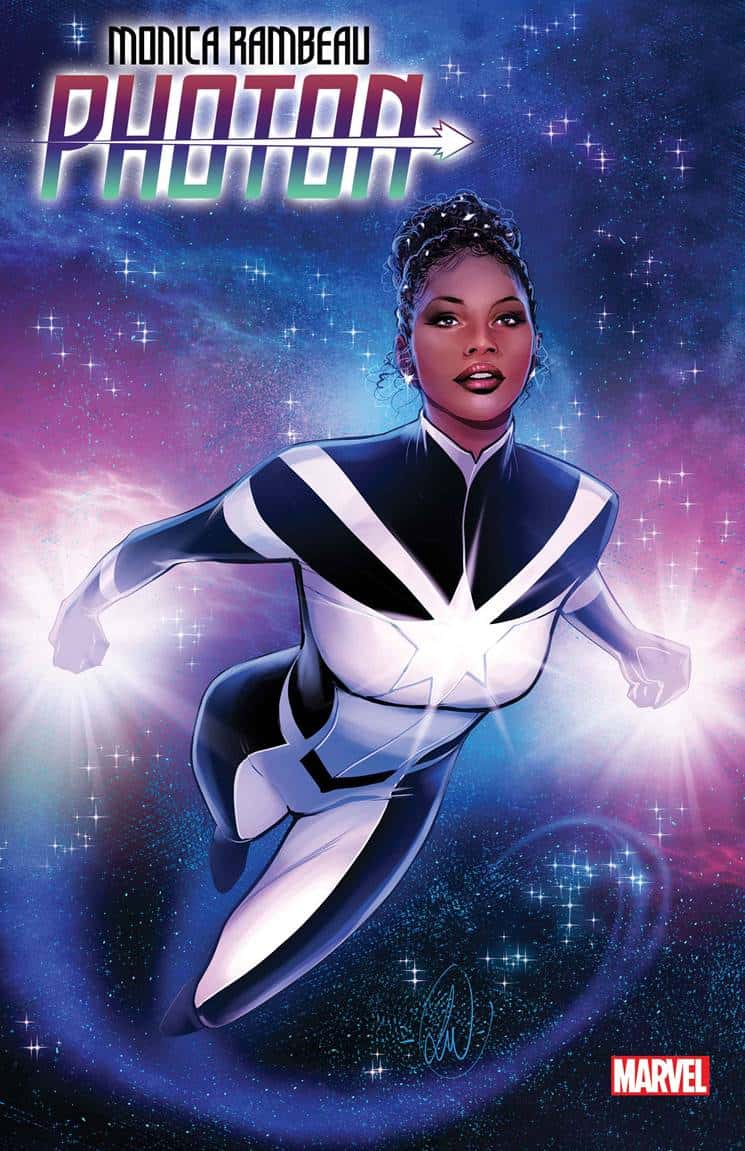