Clover Press and Electric Frankenstein, the punk band best described as AC/DC meets The Dead Boys!, have released over 100 records all over the world since 1992, and now the high energy punk rock and rollers who combine the raw and energetic sounds of Punk Rock and Garage Punk (Dead Boys, Ramones, Damned, Misfits, Sabbath, etc.) with elements of hard rock played by bands like MC5, Stooges, AC/DC, Kiss, Mott the Hoople, Alice Cooper, and so on are coming to the comic book page.

Electric Frankenstein asked over 100 artists to create short comics based on the lyrics of their songs and what was born was a sometimes beautiful and poetic, but other times just downright disturbing and raw collaboration on which no judgment will be passed on what you gravitate towards! All lay between the covers of this book.

Clover Press is a progressive, eclectic, boutique publisher created by the founders of IDW Publishing, looking to celebrate authors and works in a non-mainstream way. 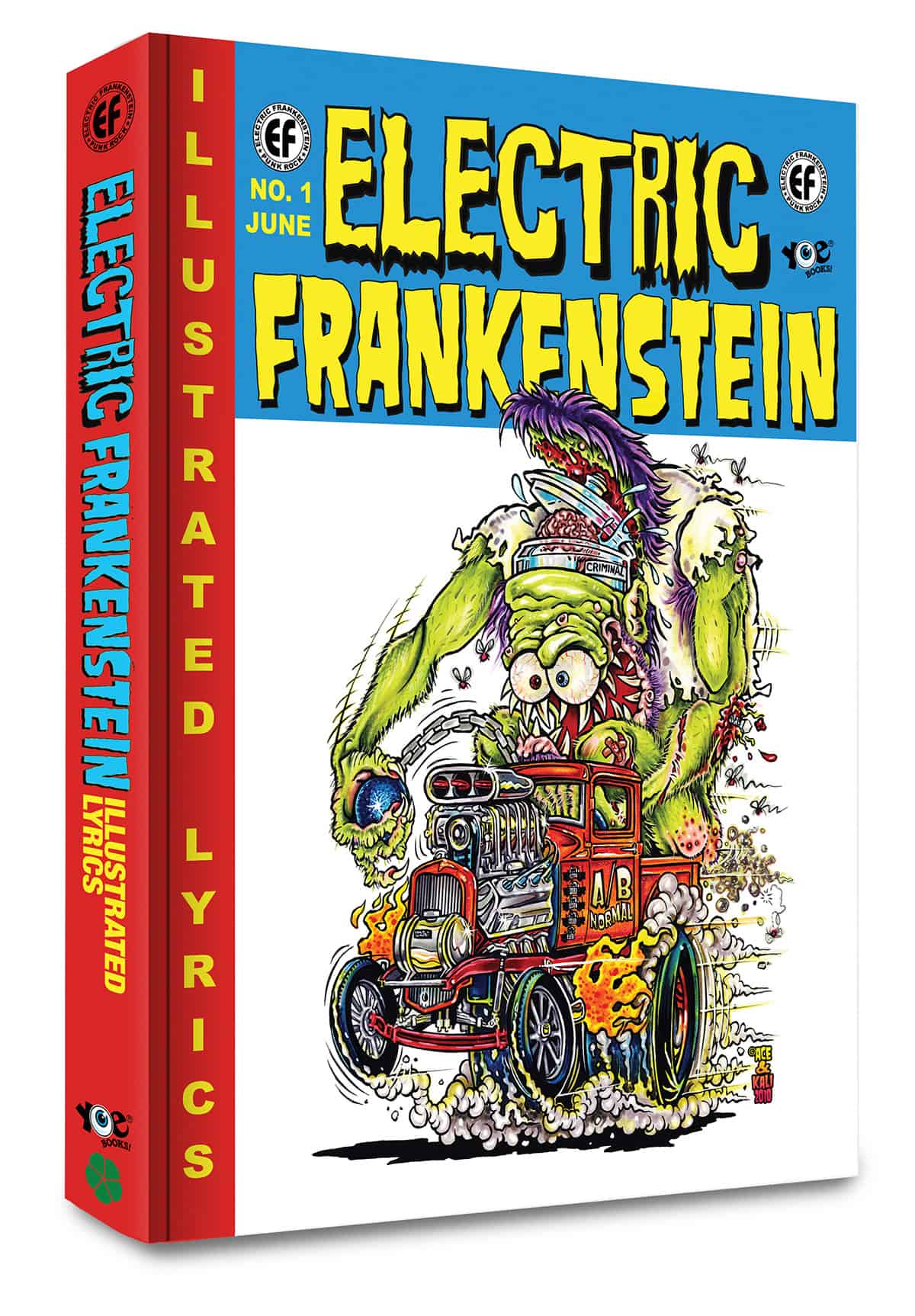 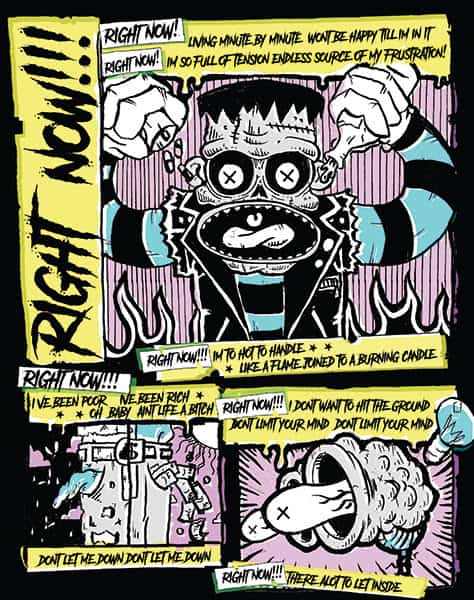 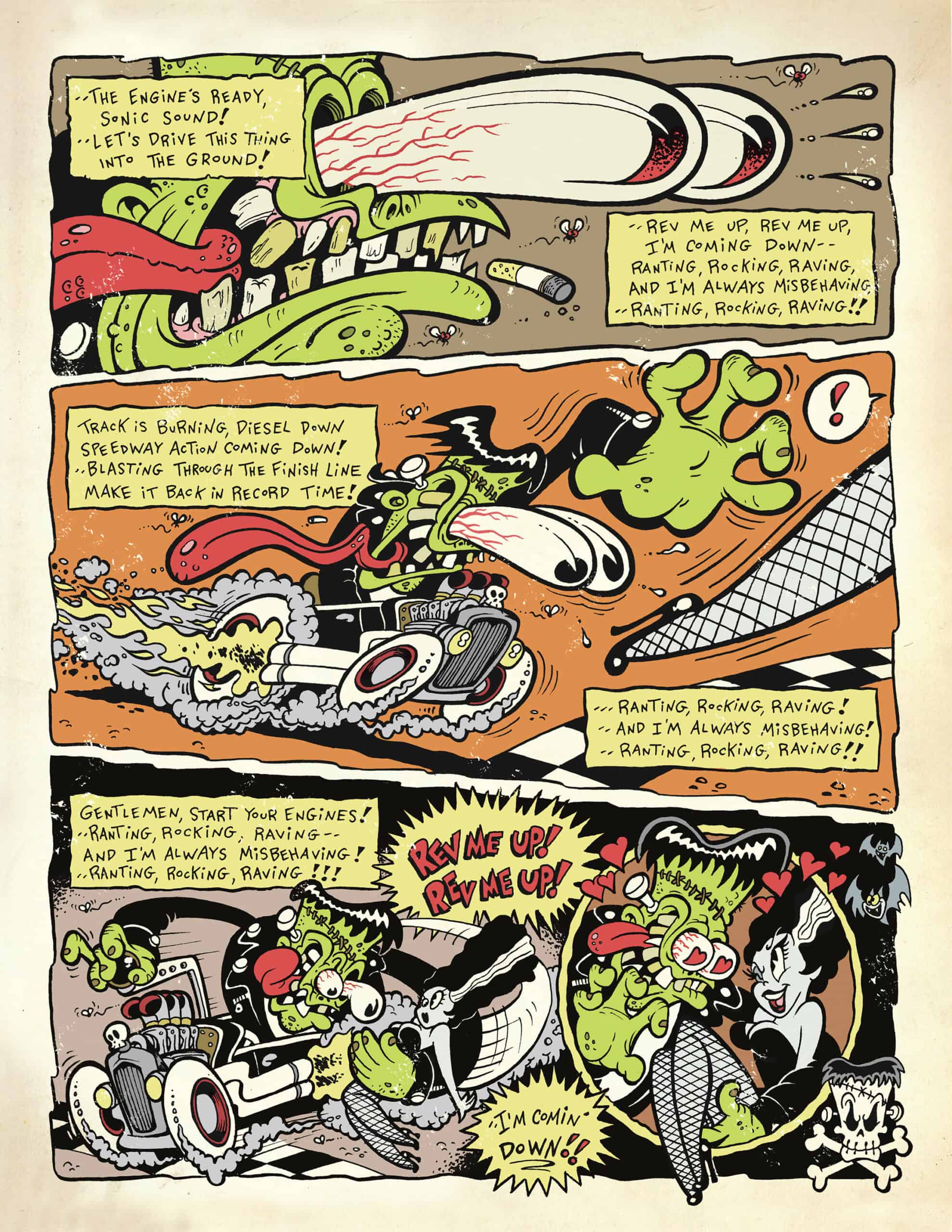 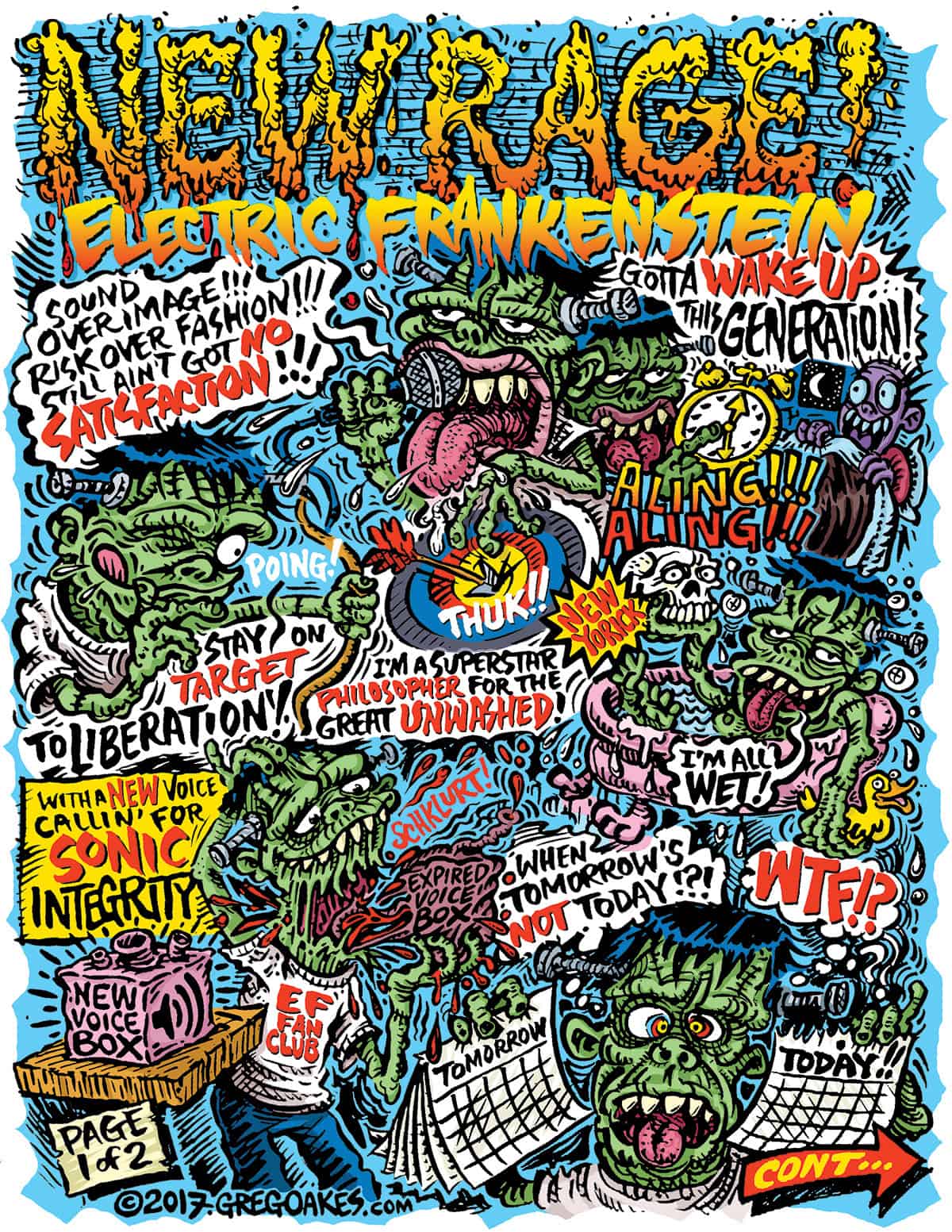 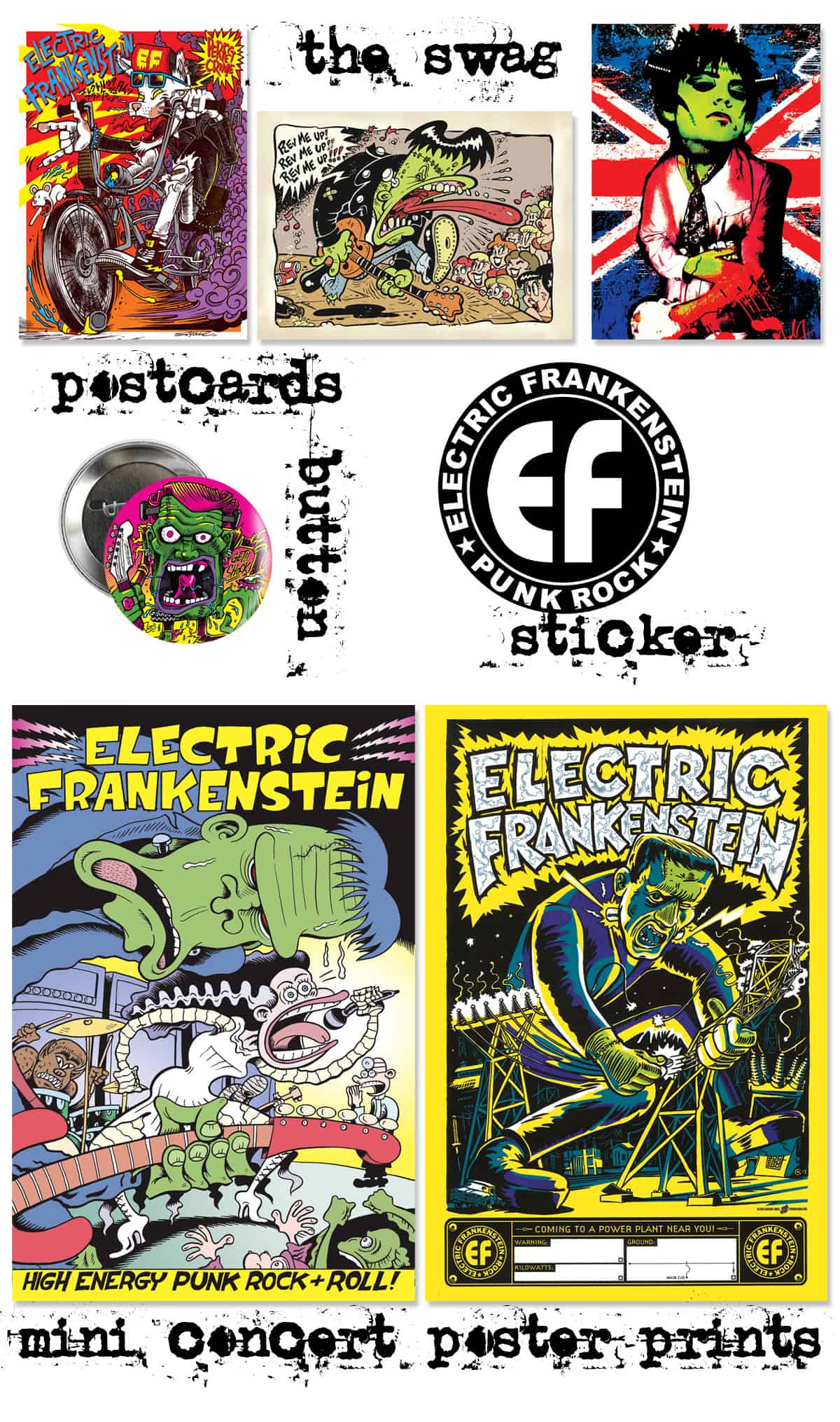 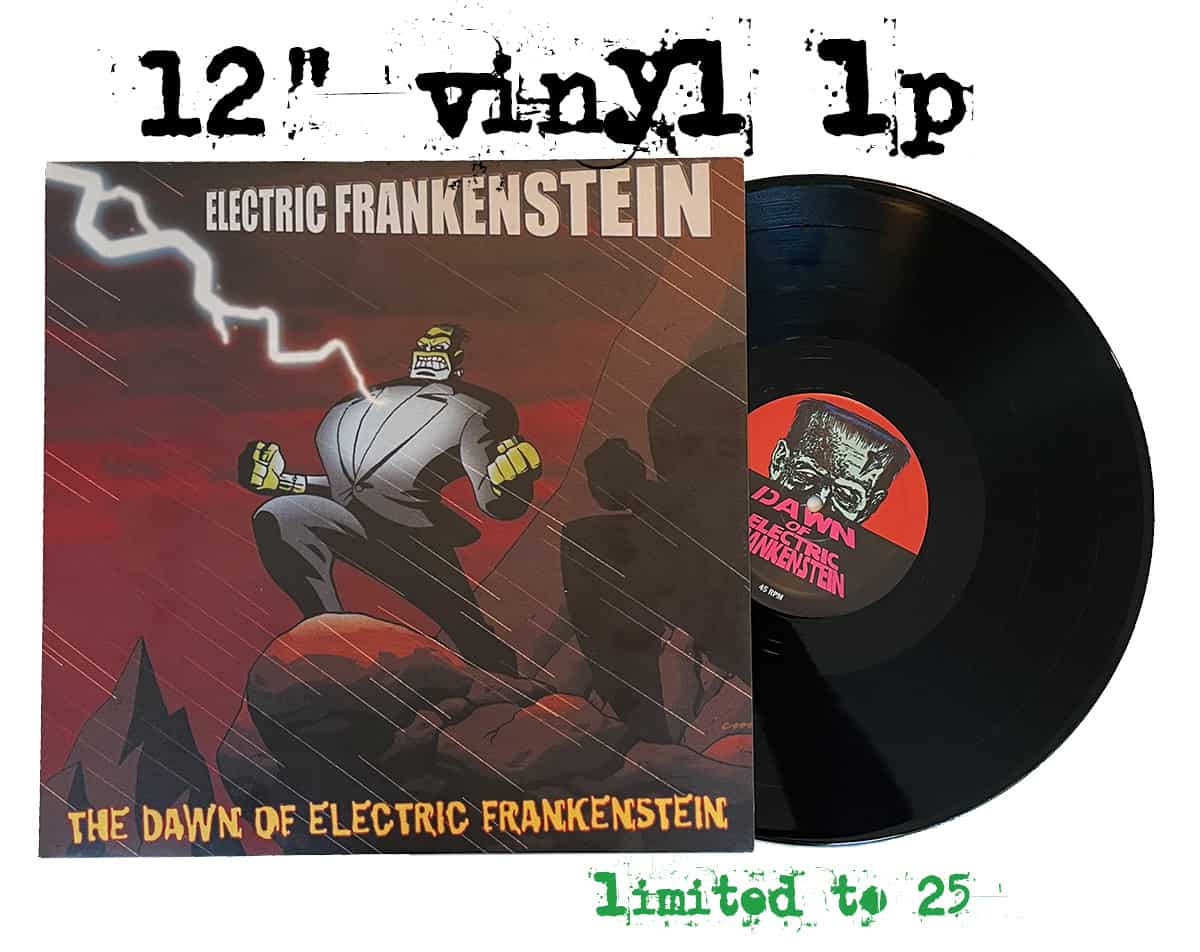 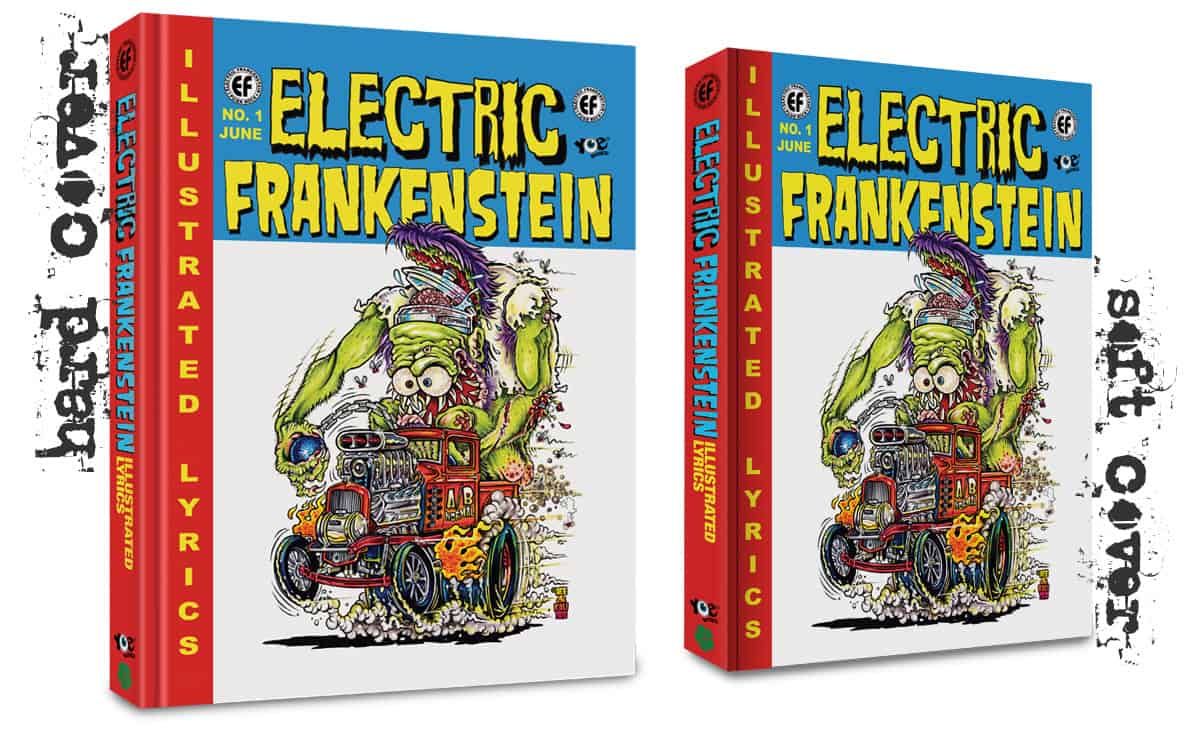 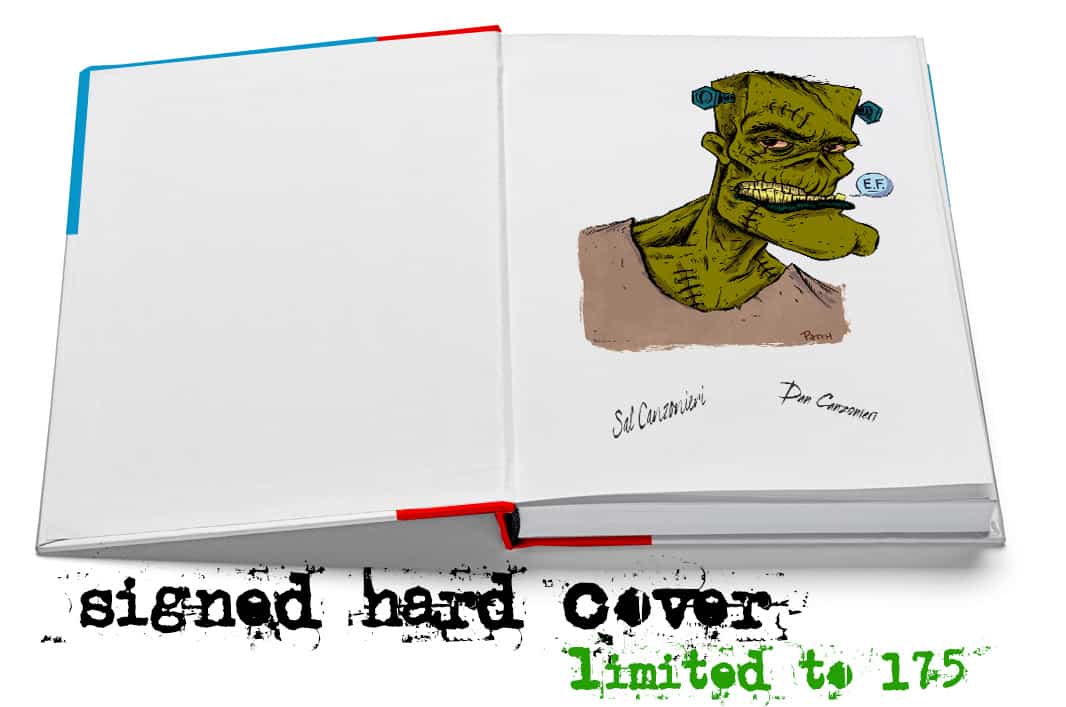 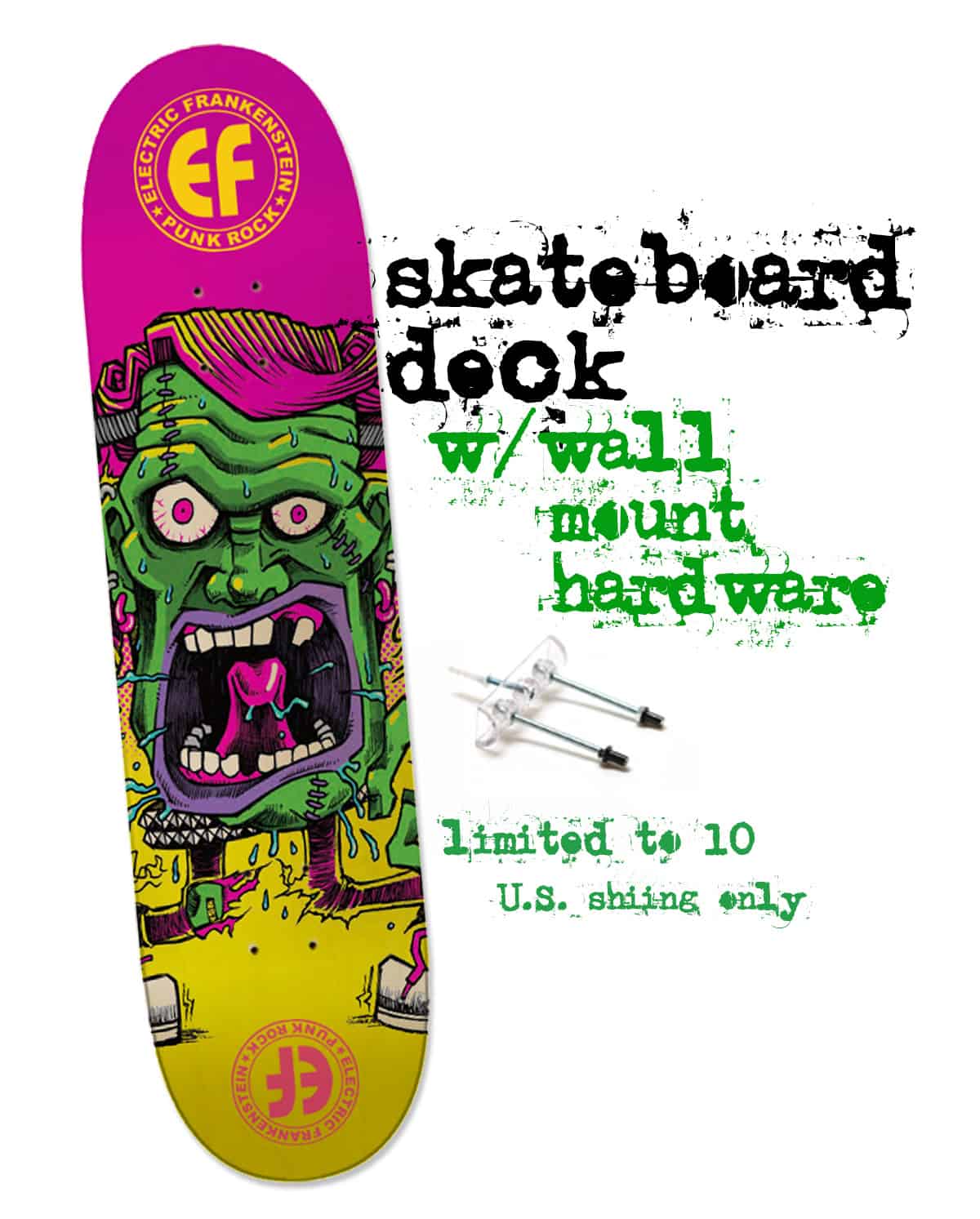 “There are 125 songs fully illustrated by great artists from all over the world, from various types of styles. Pretty much many of my favorite artists are in the book and many new ones for our fans to discover. The book looks like a demented children’s book, hahaha!”

“Stunning from cover to cover, this book is an absolute must-have for admirers of adventurous art and fans of the output of one of the most prolific and consistently great bands in American underground music history.”
– Joel Gausten, www.joelgausten.com

Check out the project on Kickstarter before it ends on July 15, 2021