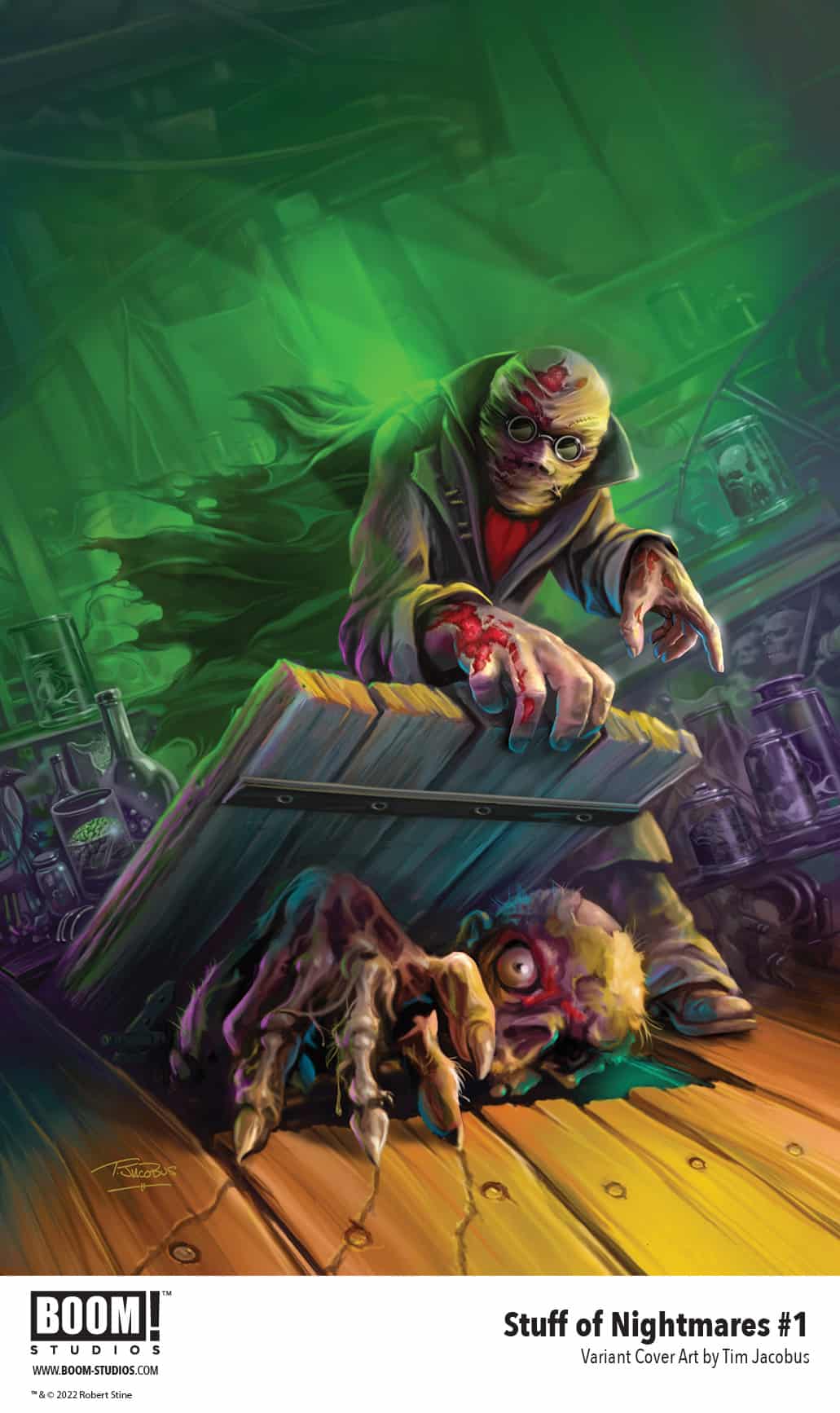 In the premiere of Stine’s reanimated reimagining, the monster you encounter isn’t the one you thought it’d be—you might be familiar with the classic tale of a mad scientist hell-bent on creating life, but what these two demented brothers have created is something else entirely! Get ready for a darker, more gruesome, and even more terrifying series for horror fans who are ready to face their fears in … STUFF OF NIGHTMARES!

For the first time ever, in celebration of the legendary author’s new series launch, BOOM! Studios will offer an incredibly rare variant cover from artist Björn Barends (Something is Killing the Children) signed by R.L. Stine, which also comes with a COA that will be recognized by the CGC Signature Series program!

In addition, this first issue gets not just one but two extra spooky glow-in-the-dark covers by Francavilla and original Goosebumps cover artist Tim Jacobus!

STUFF OF NIGHTMARES is the newest release from BOOM! Studios’ eponymous imprint, home to critically acclaimed original series, including BRZRKR by Keanu Reeves, Matt Kindt, and Ron Garney; Something is Killing the Children by James Tynion IV and Werther Dell’Edera; Once & Future by Kieron Gillen and Dan Mora; We Only Find Them When They’re Dead by Al Ewing and Simone Di Meo; Seven Secrets by Tom Taylor and Daniele Di Nicuolo; The Many Deaths of Laila Starr by Ram V and Filipe Andrade; Eve by Victor LaValle and Jo Mi-Gyeong; Basilisk by Cullen Bunn and Jonas Scharf; Faithless by Brian Azzarello and Maria Llovet; Alice Ever After by Dan Panosian and Giorgio Spalletta; Grim by Stephanie Phillips and Flaviano; and the upcoming Briar by Christopher Cantwell and German Garcia, The Approach by Jeremy Haun, Jason A. Hurley, and Jesus Hervas, and Damn Them All by Simon Spurrier and Charlie Adlard. The imprint also publishes popular licensed properties, including Dune: House Atreides om Brian Herbert, Kevin J. Anderson, and Dev Pramanik; Mighty Morphin and Power Rangers from Ryan Parrott, Mat Groom, Moises Hidalgo, and Marco Renna; and Magic from Jed McKay and Ig Guara. 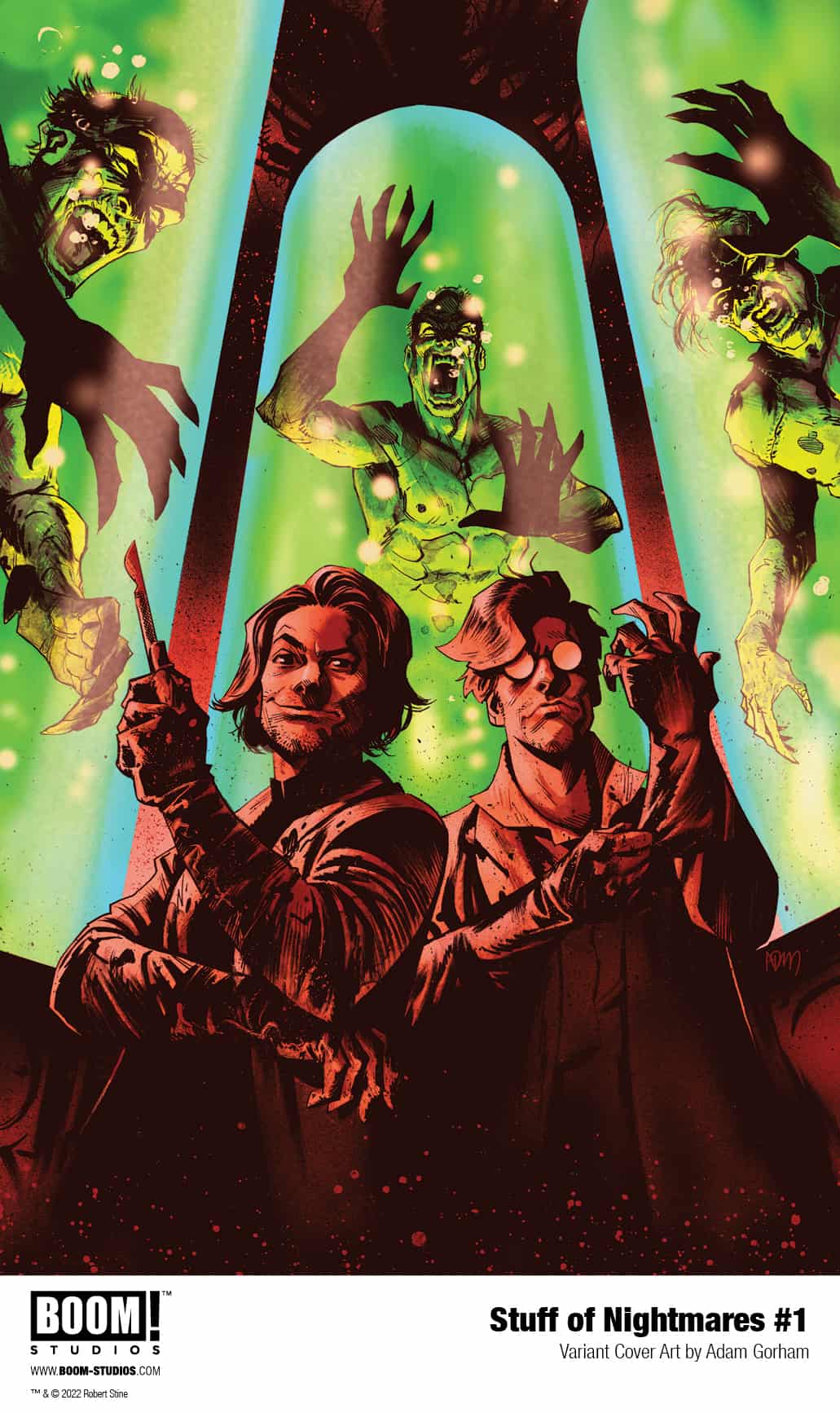 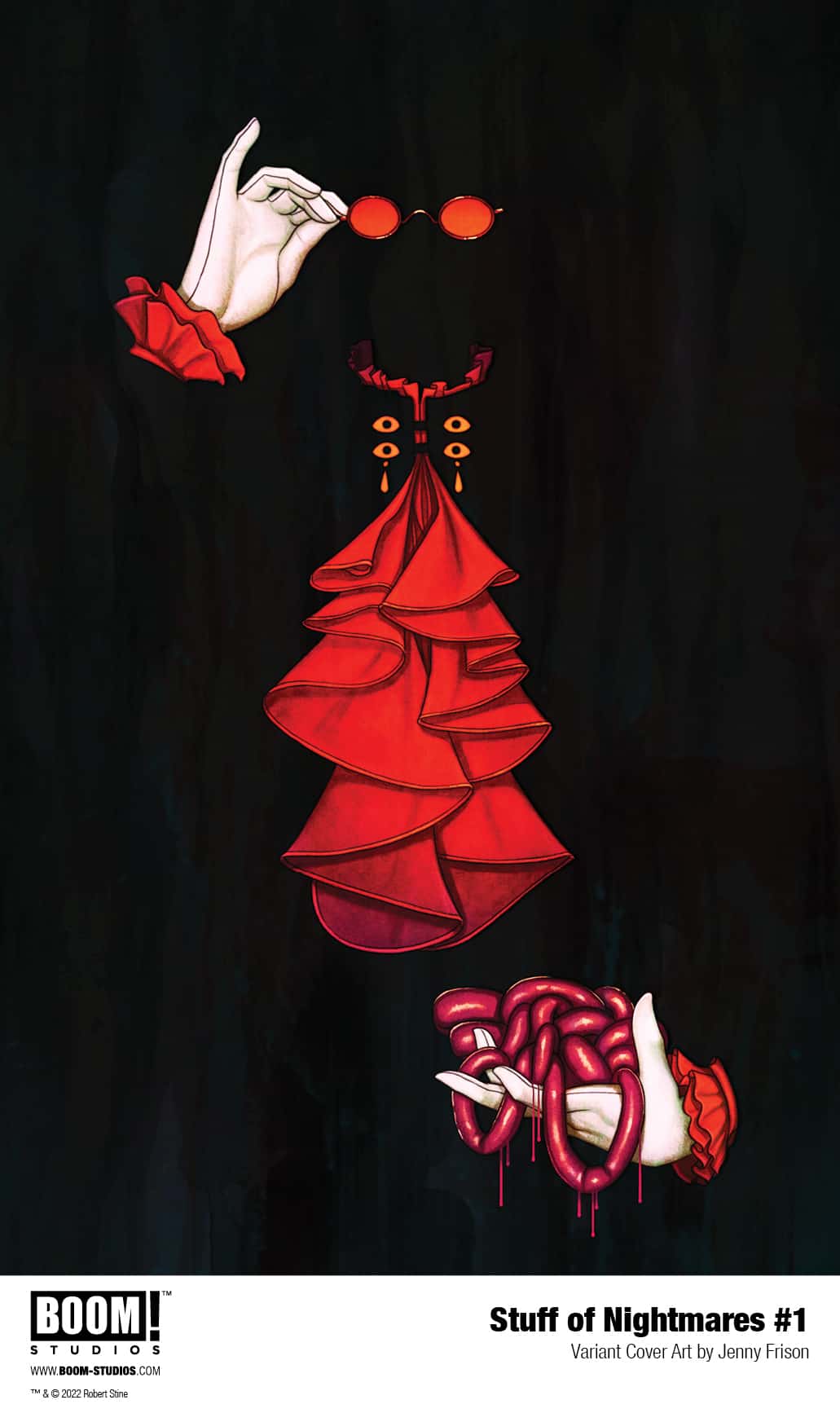 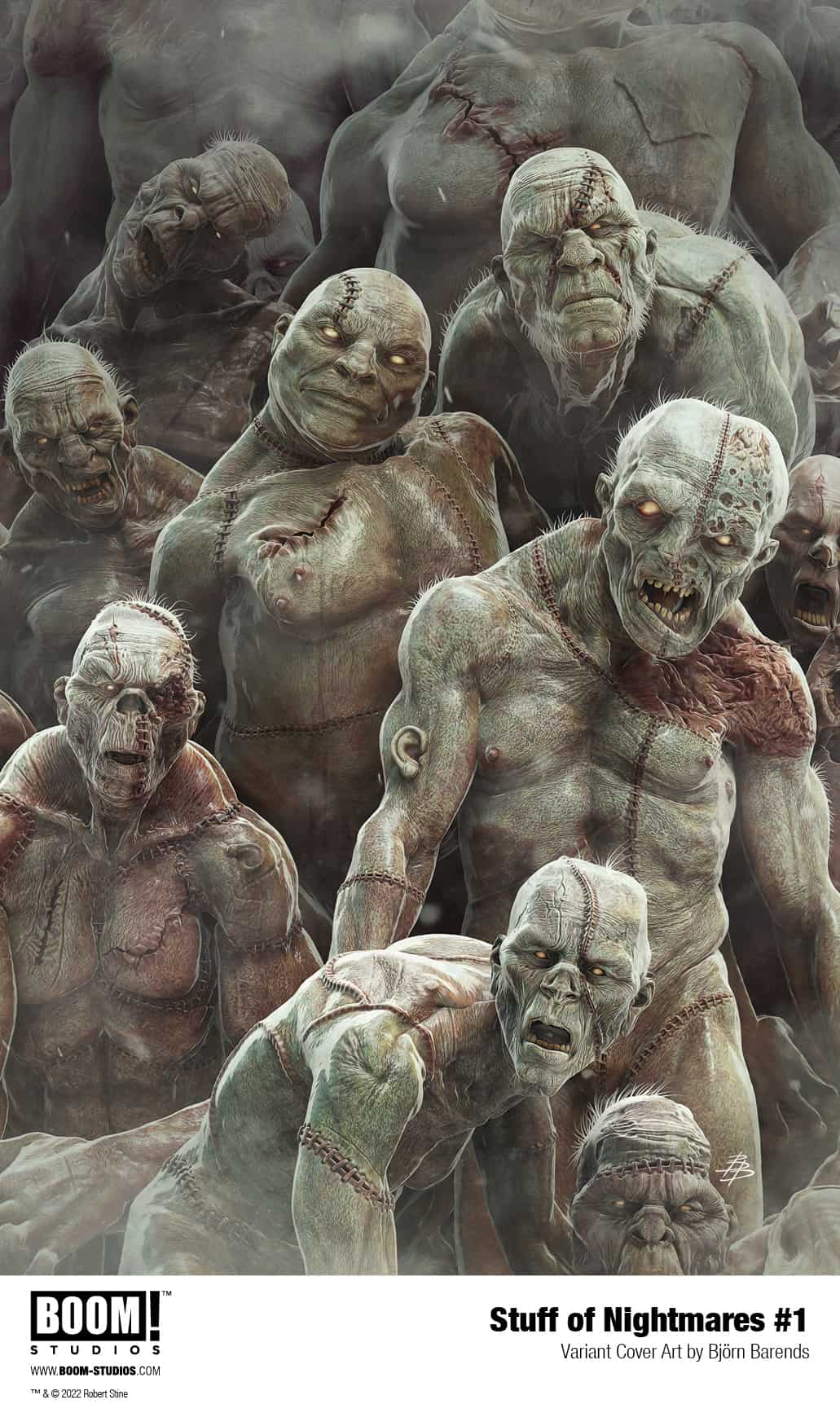 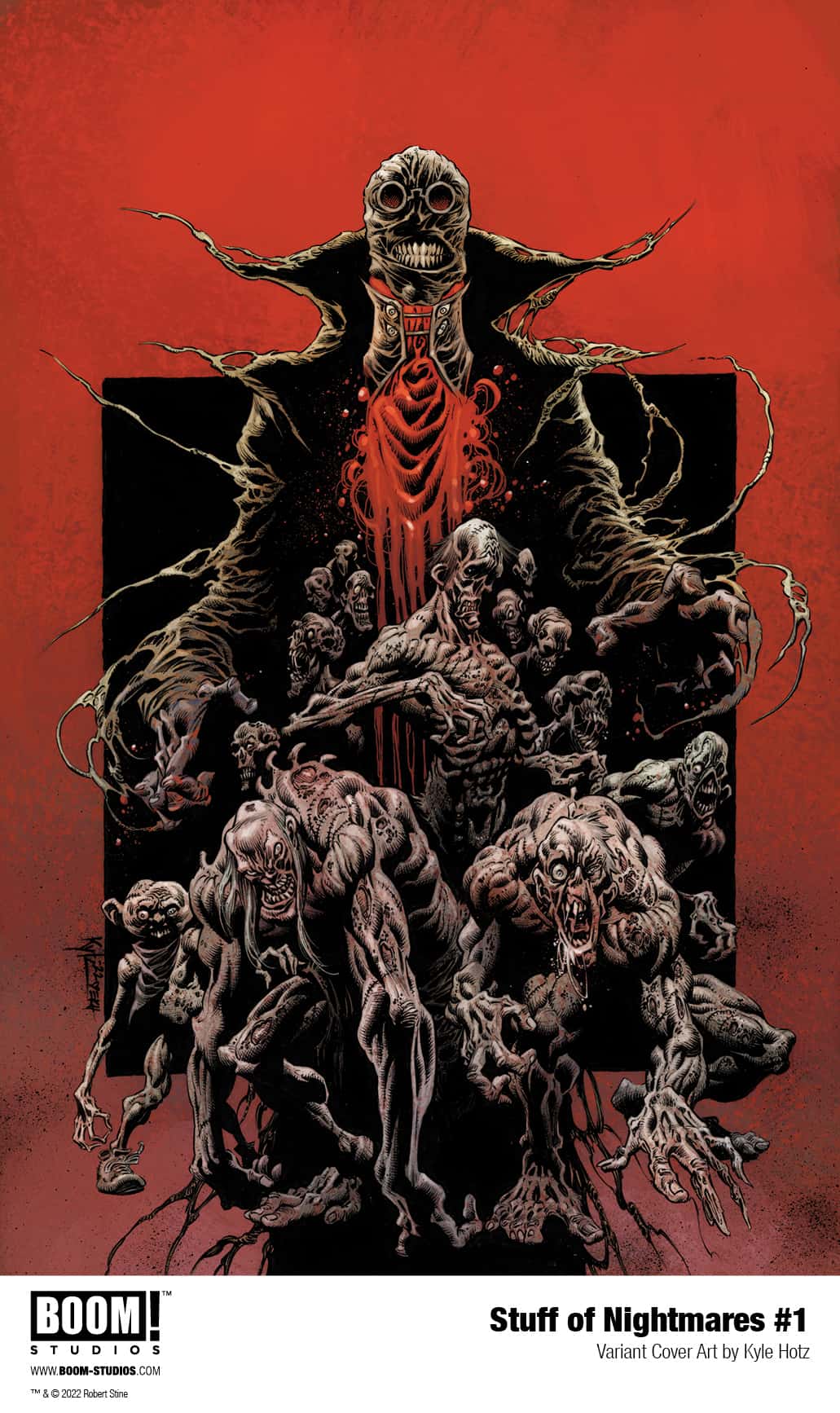 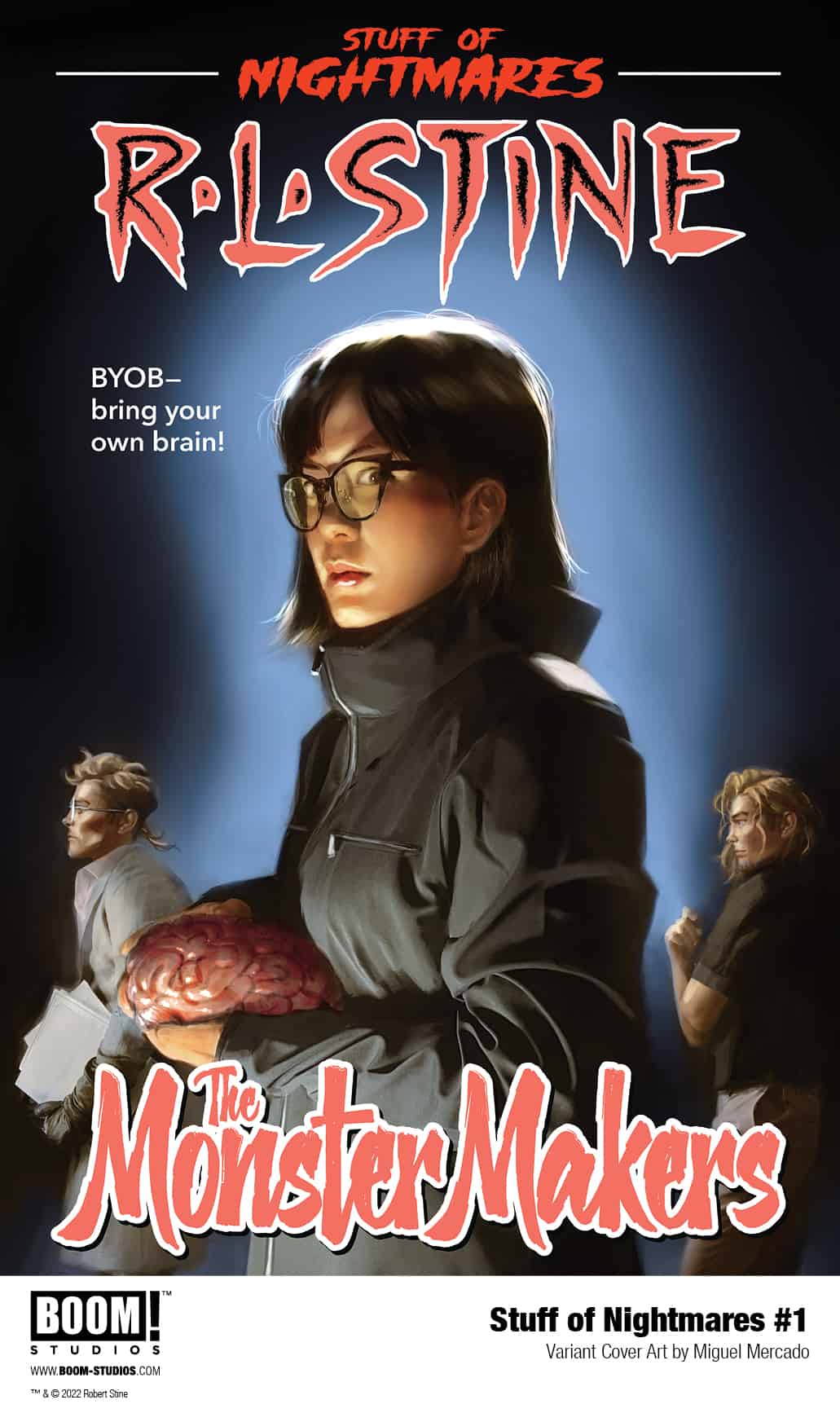 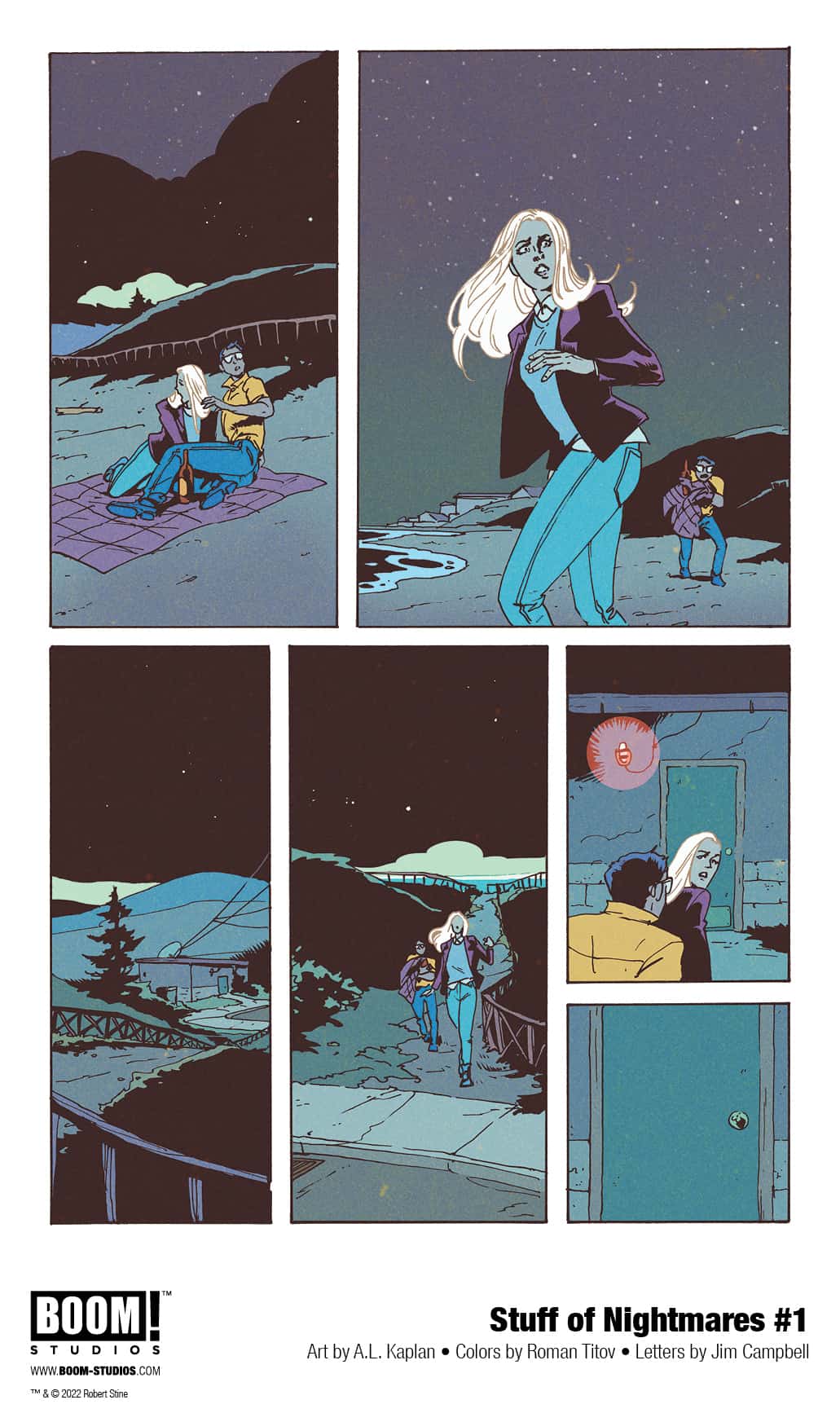 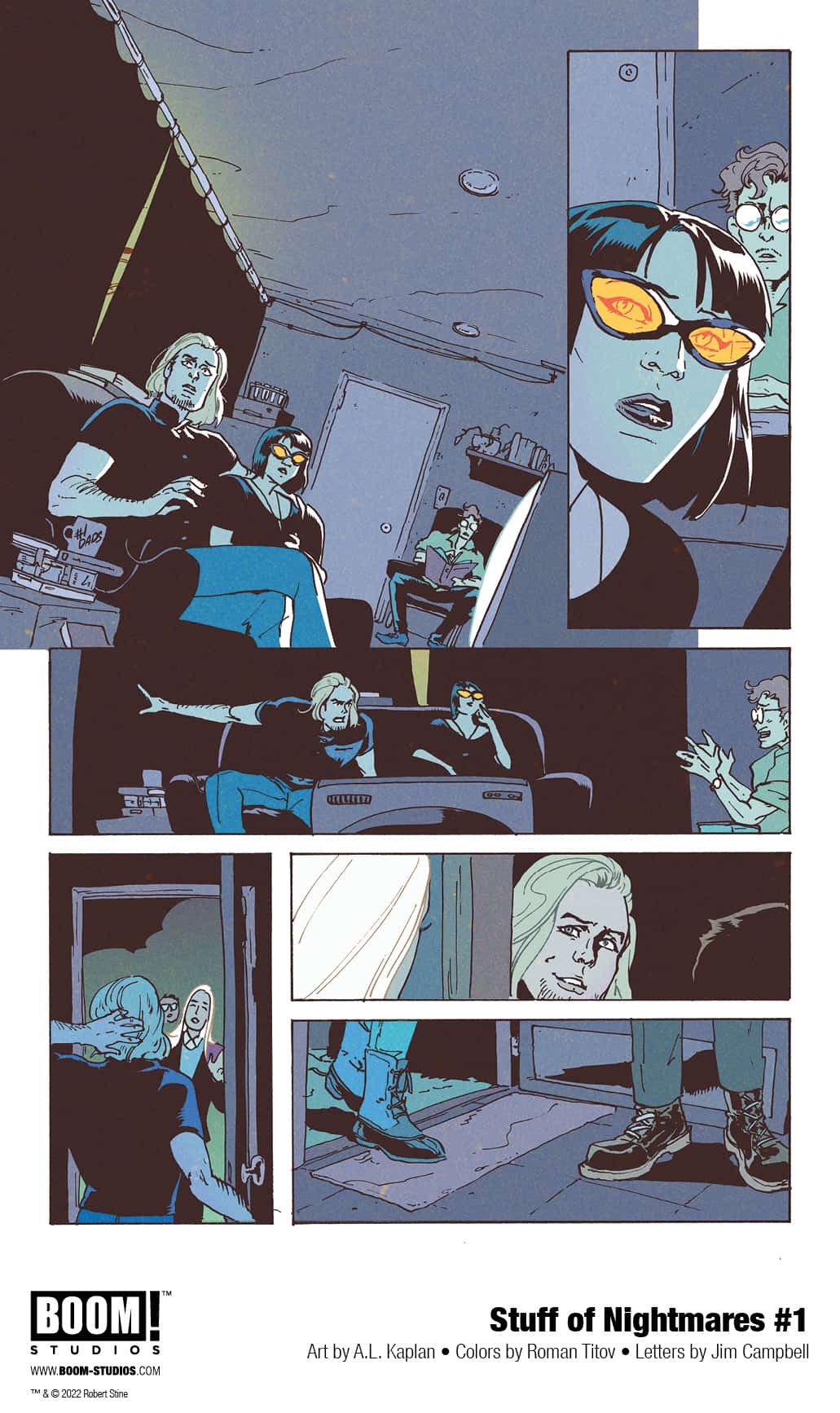 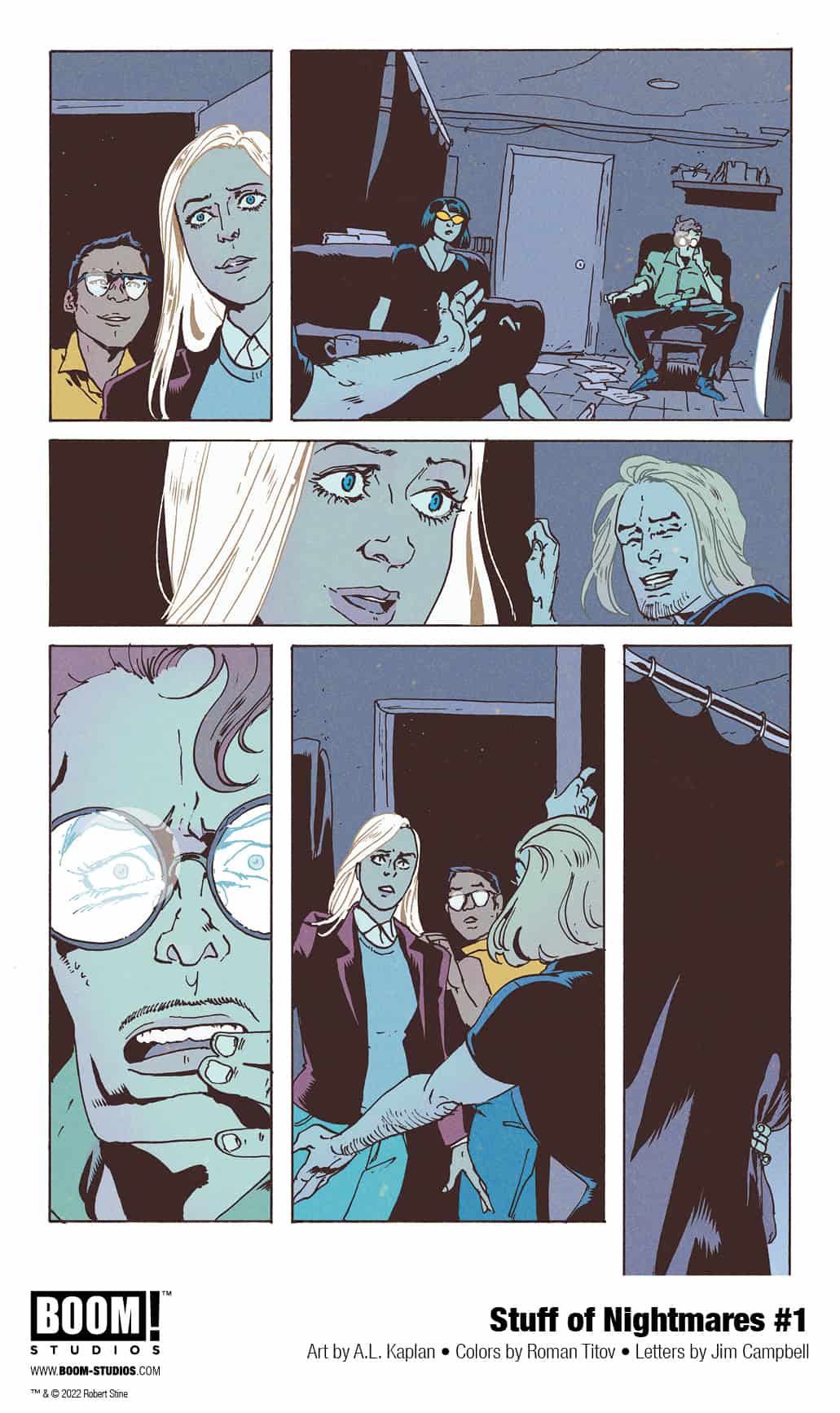 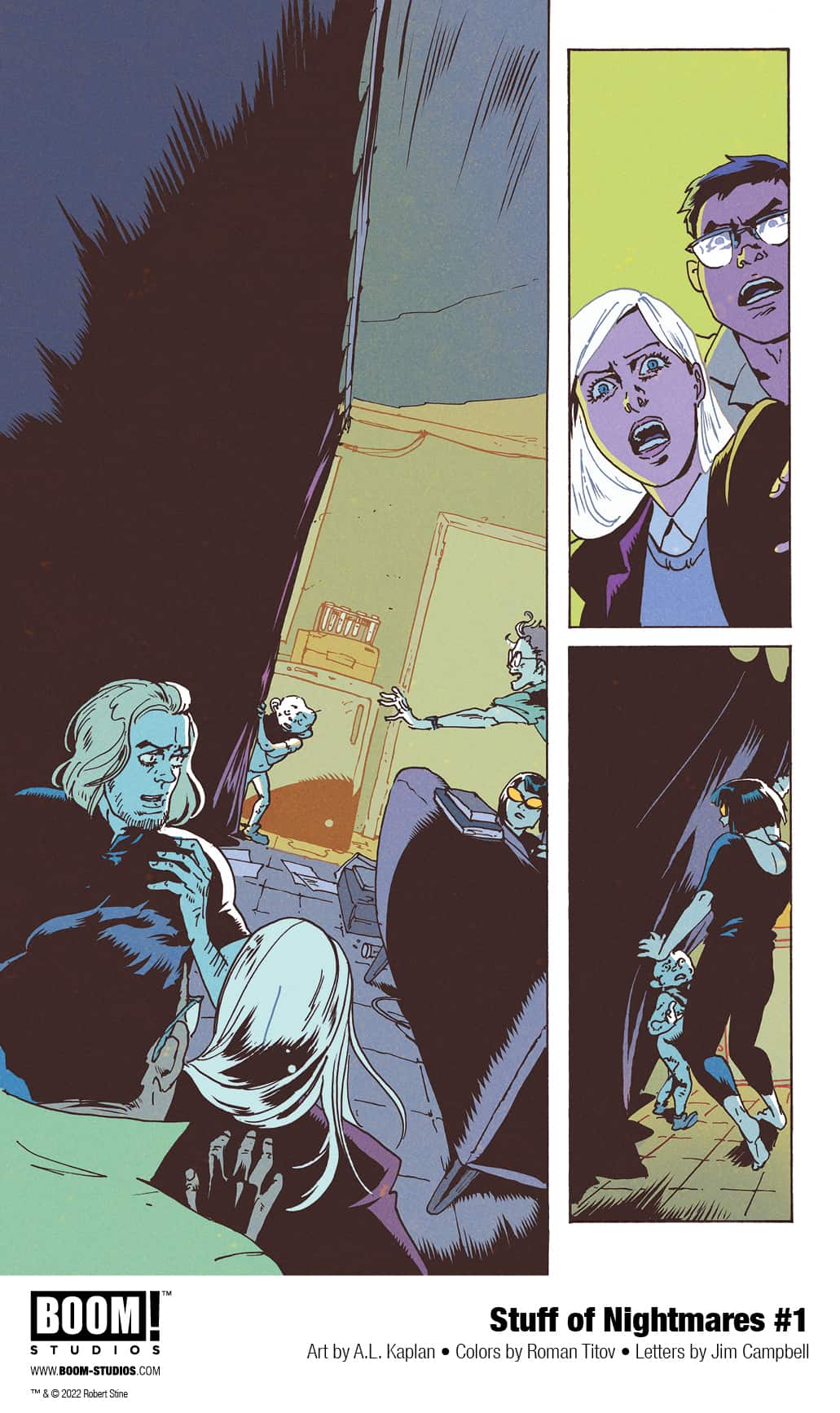 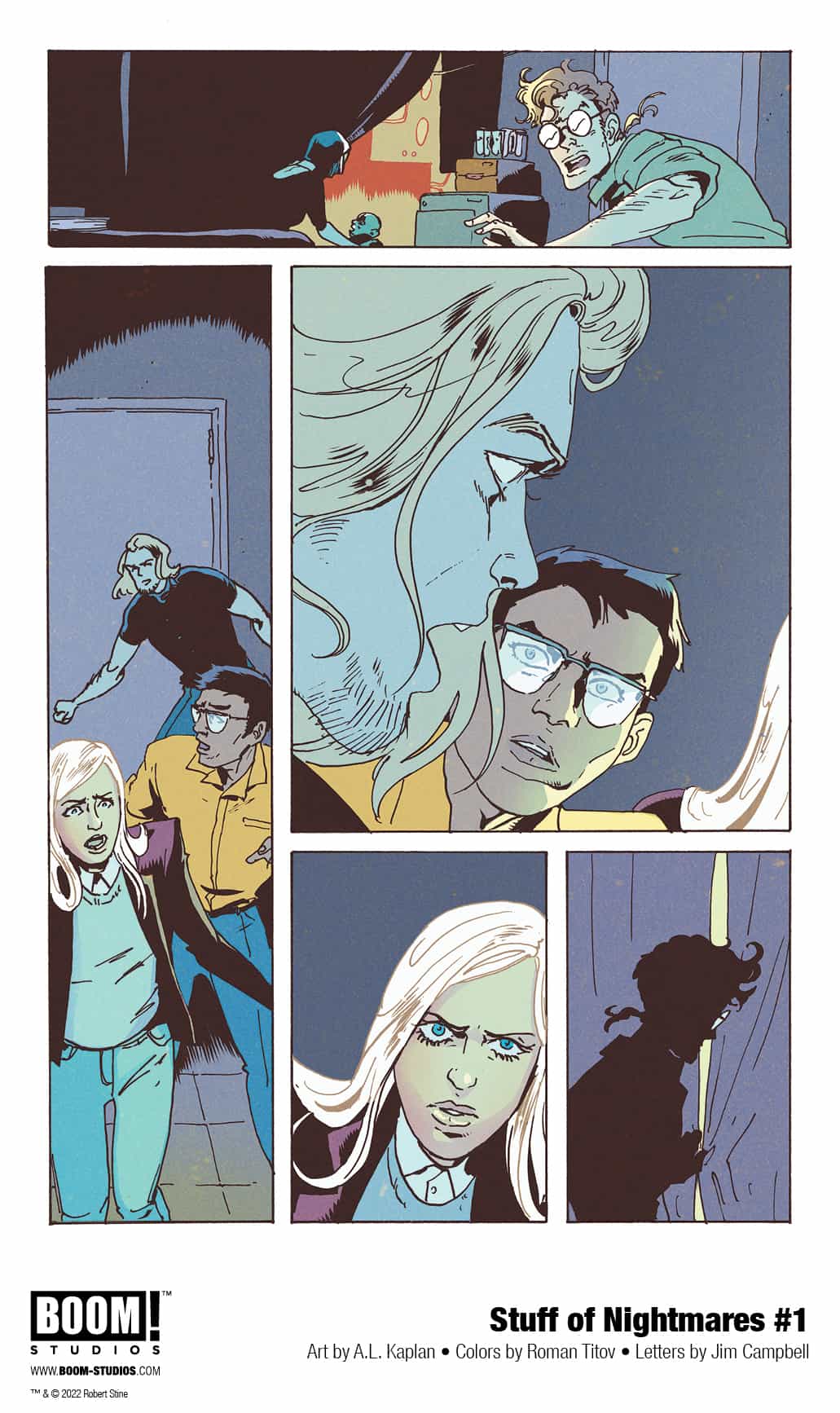 Print copies of STUFF OF NIGHTMARES #1 will be available for sale on September 21, 2022 exclusively at local comic book shops (use comicshoplocator.com to find the nearest one) or at the BOOM! Studios webstore. The STUFF OF NIGHTMARES #1 rare variant cover from artist Björn Barends signed by R.L. Stine will be in stores October 26, 2022. Digital copies can be purchased from content providers, including comiXology, iBooks, Google Play, and Kindle.

For continuing news on STUFF OF NIGHTMARES and more from BOOM! Studios, stay tuned to boom-studios.com and follow @boomstudios on Twitter.