NEWS WATCH: Ram V and Francesco Manna Deliver the Bloodcurdling Carnage Series You Have Been Waiting For!

The killer celebration for Carnage’s 30th anniversary is just beginning as the aftermath of CARNAGE FOREVER, a mayhem-filled anthology one-shot on sale in February, will launch an all-new ongoing series for Marvel’s most terrifying villain courtesy of writer Ram V and artist Francesco Manna are set to kick off this visceral new chapter for the character in March’s CARNAGE #1.

After already reinventing the symbiote mythos over in the hit new VENOM series, Ram V’s thought-provoking work will now spill over into this all-new ongoing series starring Venom’s most notorious offspring. And known for his masterful approach to brutal action on titles such as TRIALS OF ULTRAMAN and OLD MAN LOGAN, Franceso Manna’s dynamic art will make this one symbiote story you cannot afford to miss!

The new series will see the Carnage symbiote seeking a new bond after separating from longtime host Cletus Kasady. The two were the most notorious and prolific serial killers in the Marvel Universe but after the events of EXTREME CARNAGE, Cletus’ codex has found a new home, leaving the Carnage symbiote adrift, alone… and deadlier than ever before!

In a press release from Marvel, Ram V promised to deliver in the upcoming series:

“This Carnage story is very likely to become the most twisted thing I’ve written. The killer symbiote has gone through some pretty significant changes in recent times and I’ve been left with an opportunity to do something new and inventive with the character and the kind of stories you might expect to find in a Carnage book. This is my kind of horror– as frightening in its implications as it is on the page. This is a devilish, scary Carnage and he’s setting out to discover just where the bounds of his abilities really lie. Pity those caught in his wake. The Marvel Universe is not ready for what Carnage is turning into.” 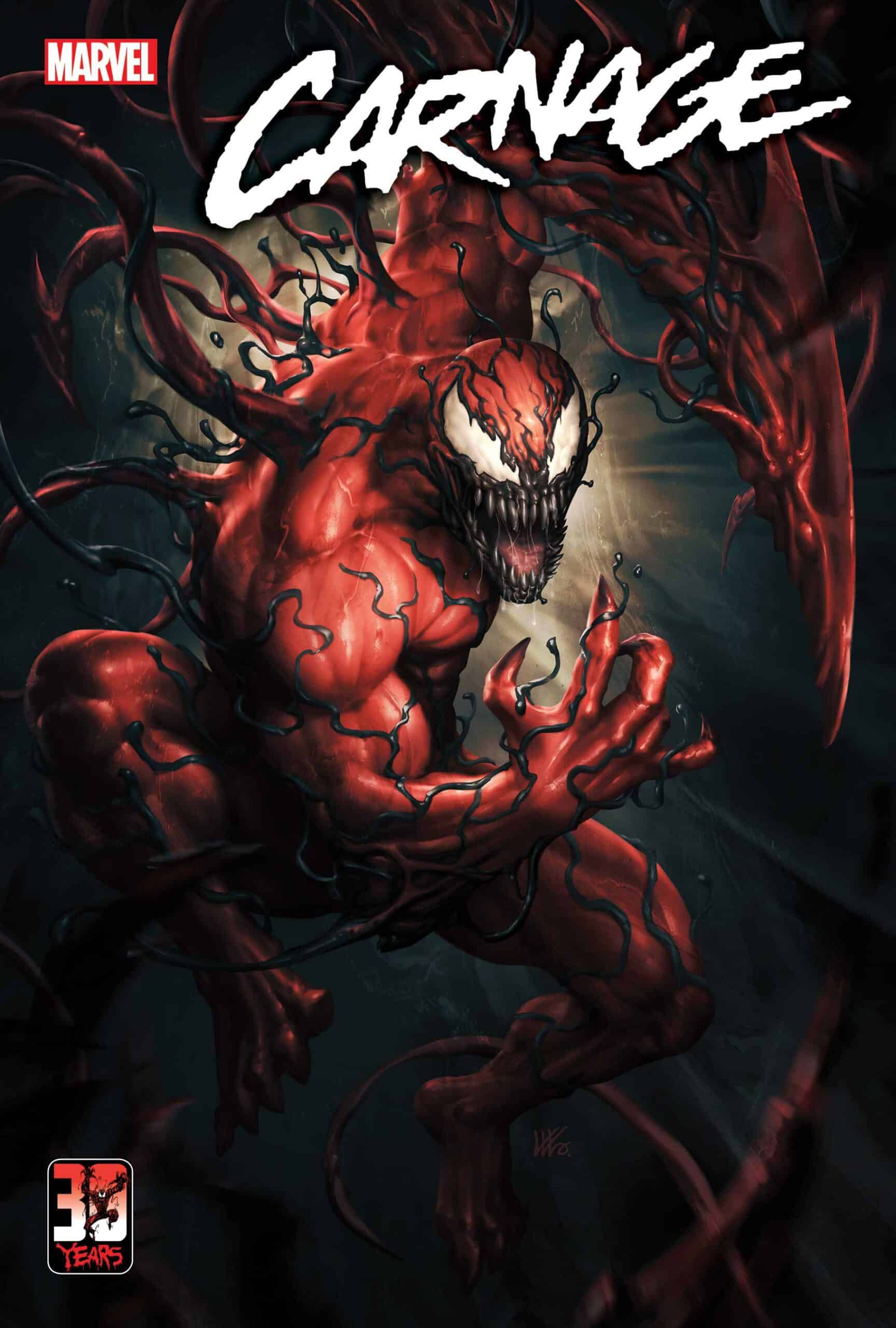 Be there when Carnage slashes his way through a new era in CARNAGE #1 on March 2, 2022, from MARVEL COMICS.

NEWS WATCH: Ram V and Francesco Manna Deliver the Bloodcurdling Carnage Series You Have Been Waiting For!