Marvel will celebrate the 35th anniversary of ALIEN’S one of sci-fi horror’s most celebrated and iconic movies by taking us back to the “scene of the crime” as writer Benjamin Percy, artist Dave Wachter, and colorist Chris Sotomayer return us to the ill-fated colony of Hadley’s Hope in ALIENS: AFTERMATH!

A renegade crew of investigative journalists are heading towards the moon that Weyland-Yutani has wiped from all records, and they’ll bring back the truth even if it kills them…and what remains in that bombed out site will try to do just that.

Here is a first look at the art from issue #1 by Dave Wachter and Chris Sotomayer with cover by Phil Noto! 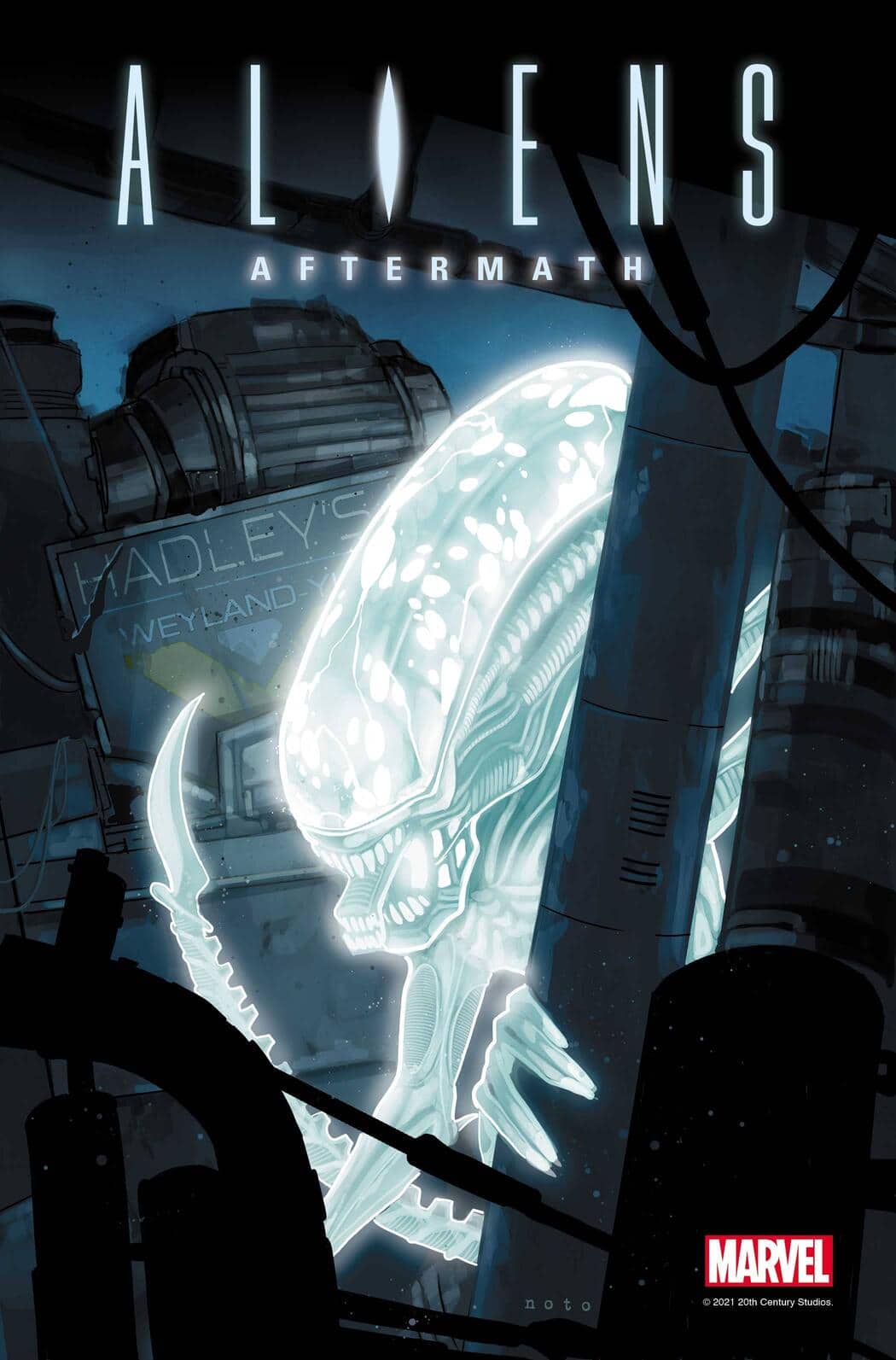 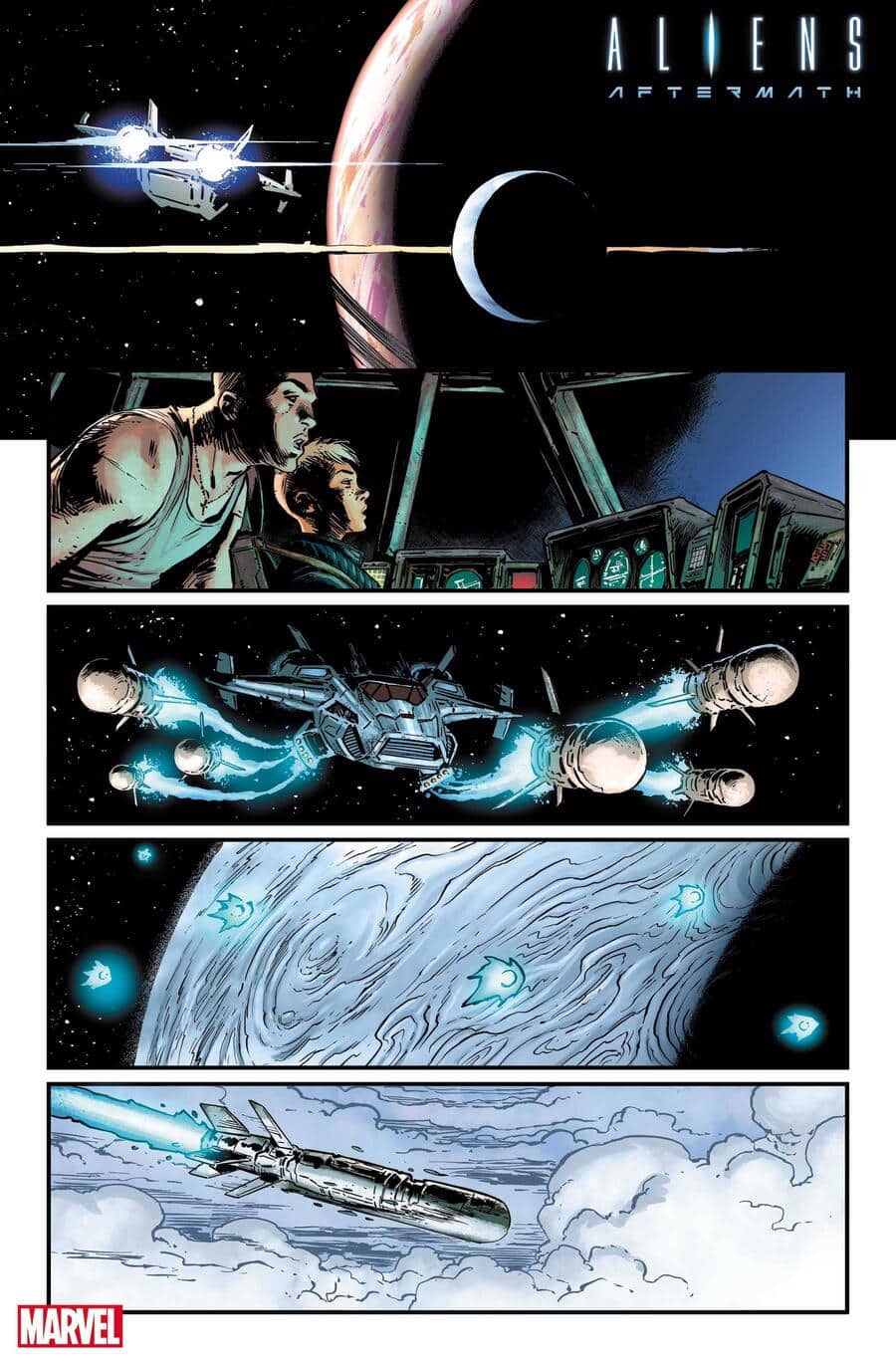 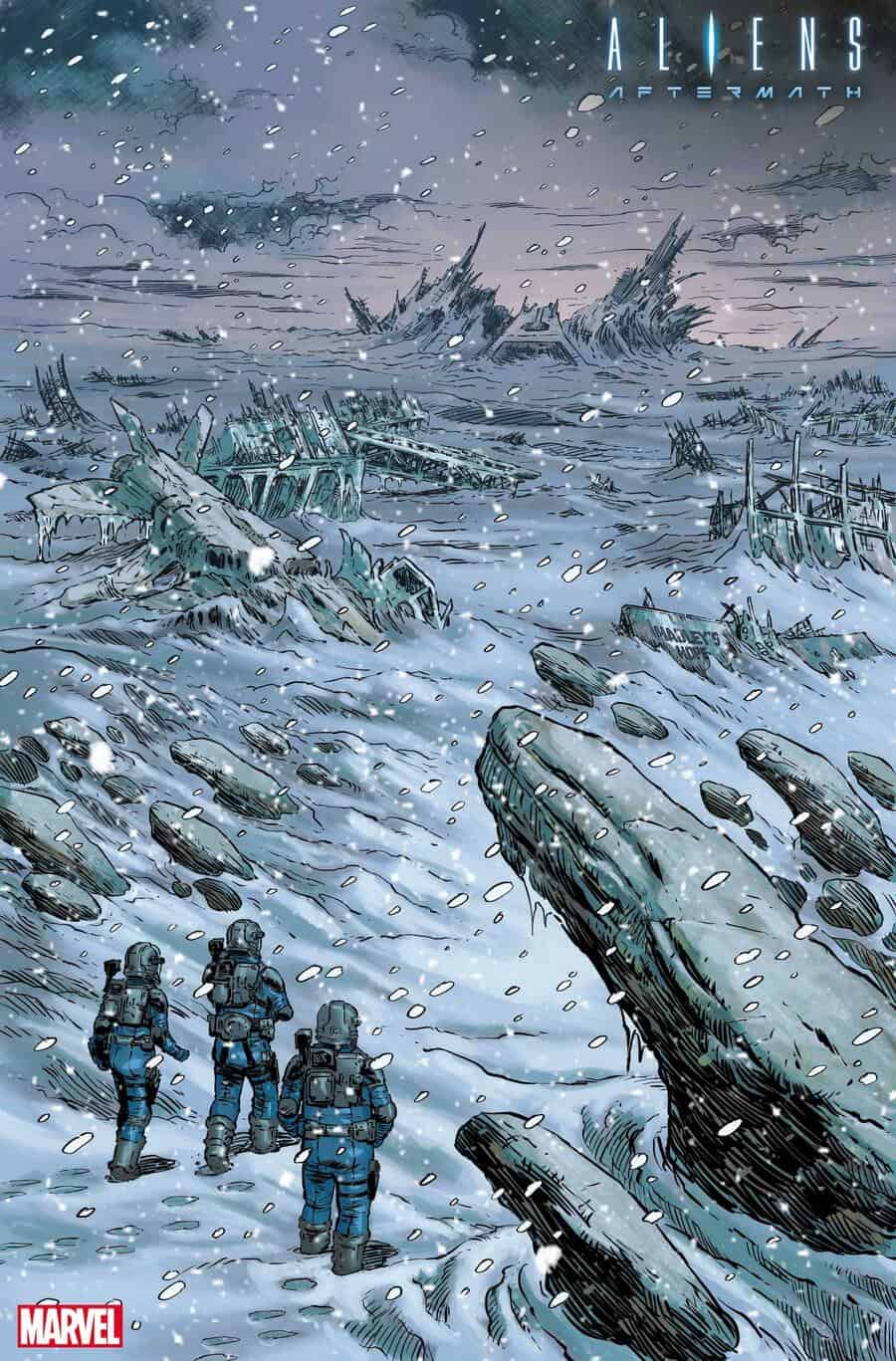 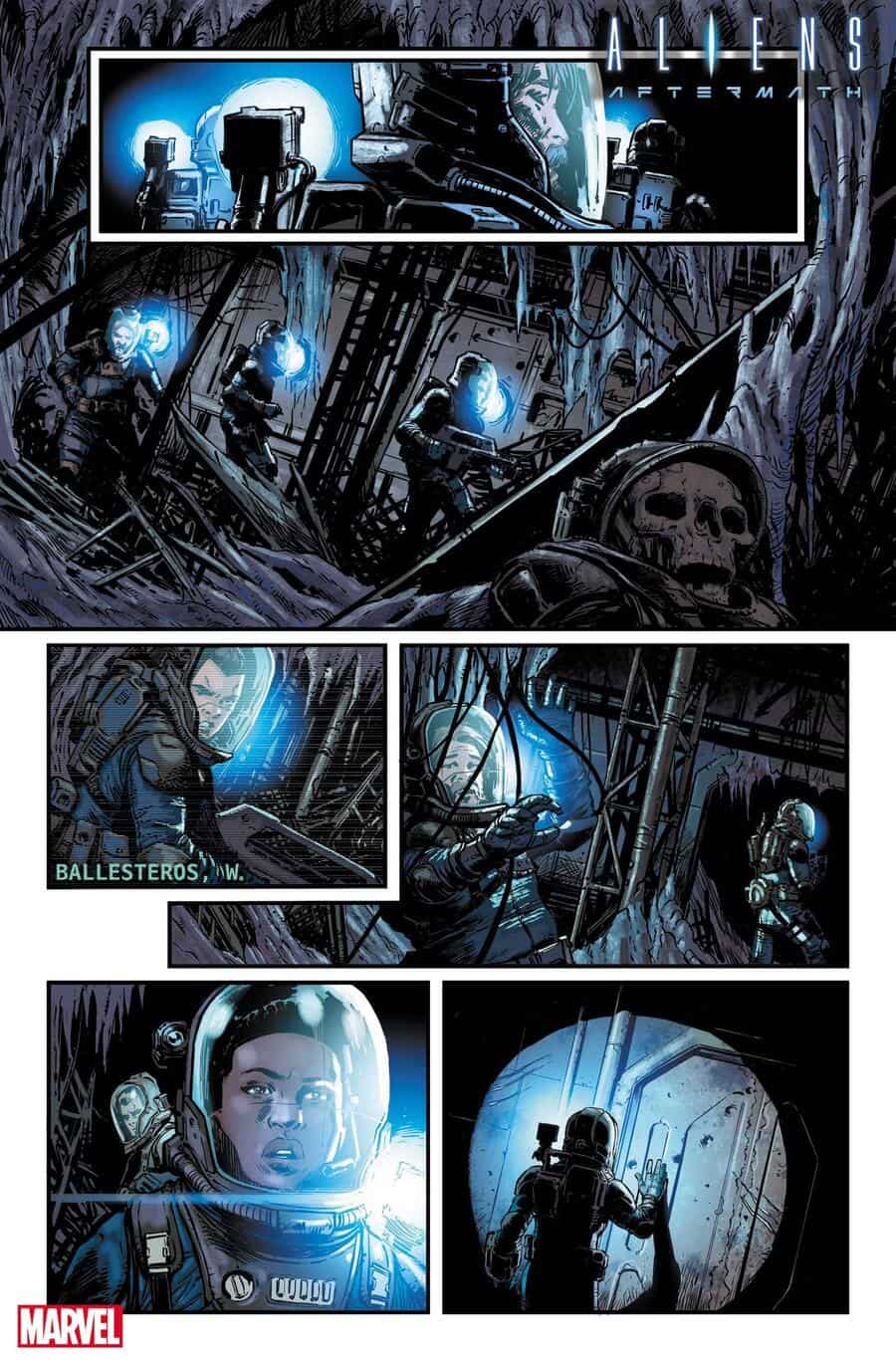 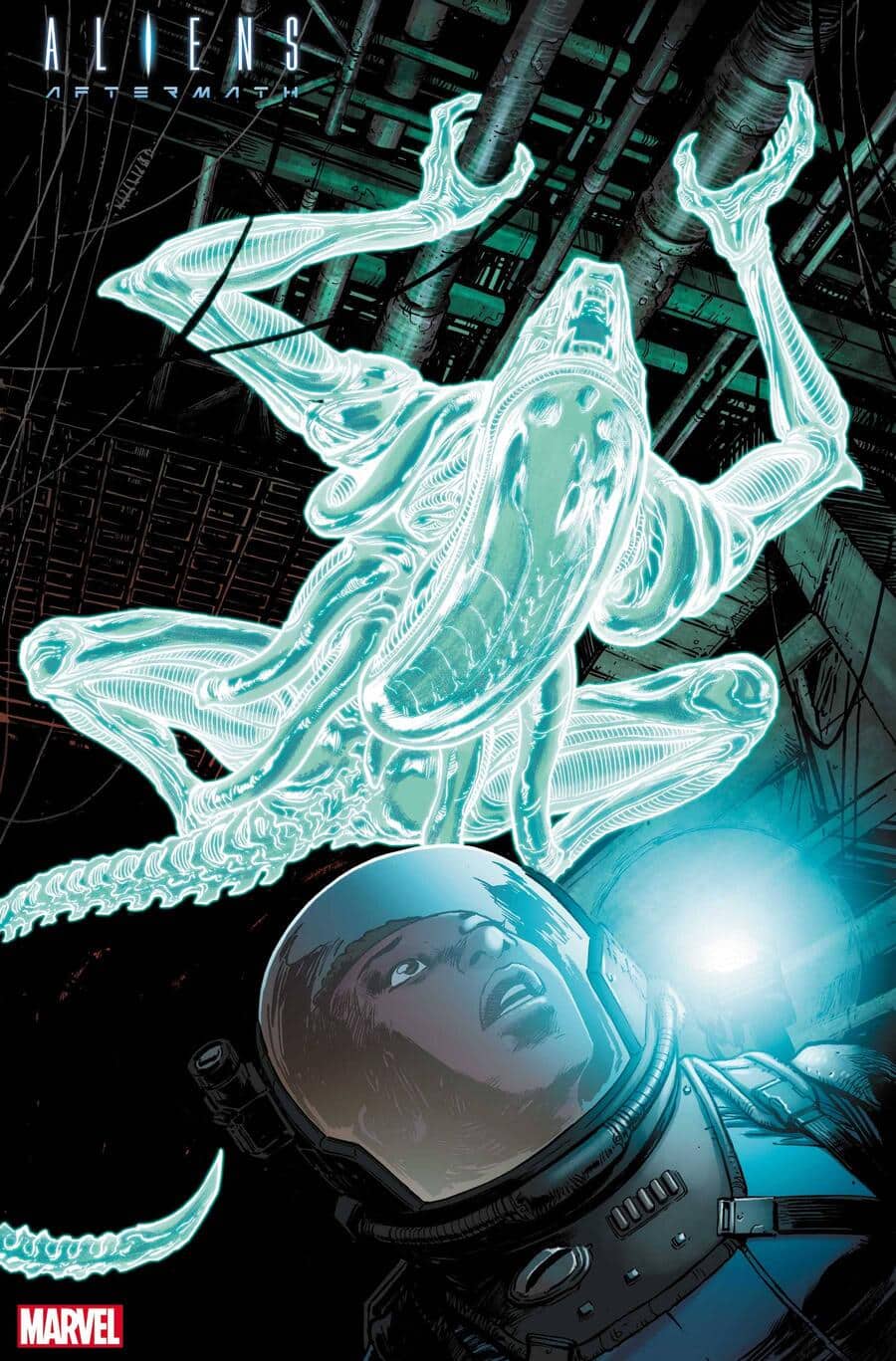