Tis’ the season for a New Year and some new comics! and Marvel Unlimited is your one-stop.  Get ready to ring in the New Year with an all-new MIGHTY MARVEL HOLIDAY SPECIAL Infinity Comic ICEMAN’S NEW YEAR’S RESOLUTIONS launching on the app on December 30, 2021. 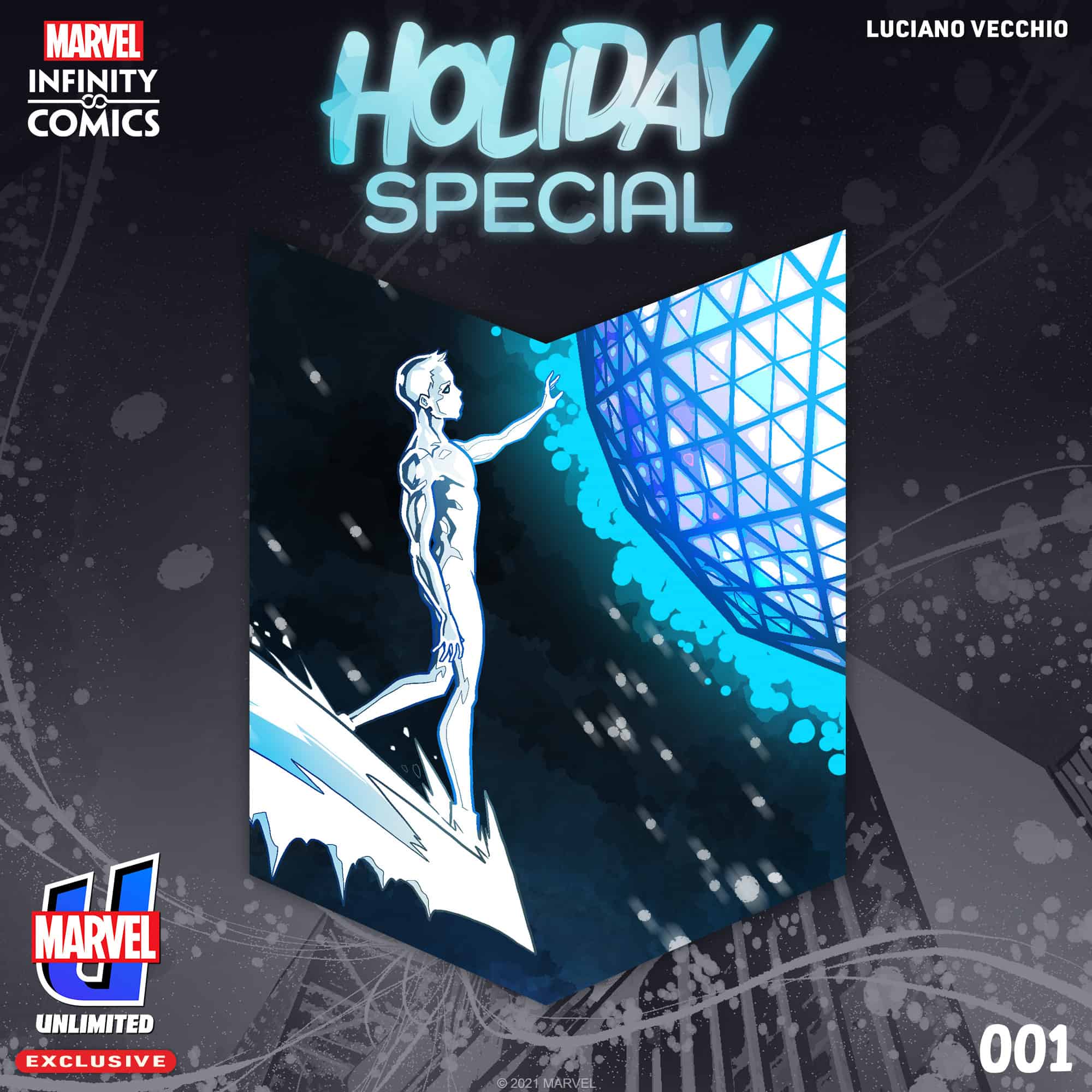 The ultra-powerful, Omega-level X-Man called Iceman has a lot on his plate—so on New Year’s Eve, Bobby Drake wants to chill out. But when evil forces strike Times Square, Bobby has to face more than just the realization that another year’s gone by…