Eisner Award winning cartoonist Rob Guillory (Chew) is returning to the farm with an all-new story arc to the agricultural horror series Farmhand as the fourth story arc kicks off from Image Comics when issue #16 goes on sale this April.

In the series Farmhand, Jedidiah Jenkins is a simple farmer, but his cash crop isn’t corn or soy, he grows fast-healing, highly-customizable human organs. For years, Jed’s organic transplants have brought healing to many, but deep in the soil of the Jenkins Family Farm something sinister has taken root. Today this dark seed will begin to sprout, and the Jenkins family will be the first to taste its bitter fruit.

Now in Farmhand #16, The Jedidiah Seed now grows in the wild. Their farm in ruins, the Jenkins family tries to cobble together a path forward in a world ruled by the demonic Monica Thorne.

In a press release from Image Comics, creator Rob Guillory said about returning to the series:

“A lot’s happened since the last issue of Farmhand, in the world of the Jenkins Farm and in our own, And I couldn’t be happier to finally bring to life what I believe will be the darkest, most intense chapter of this strange little story yet. Buckle up.”

Catch up on the story by picking up the following trades: 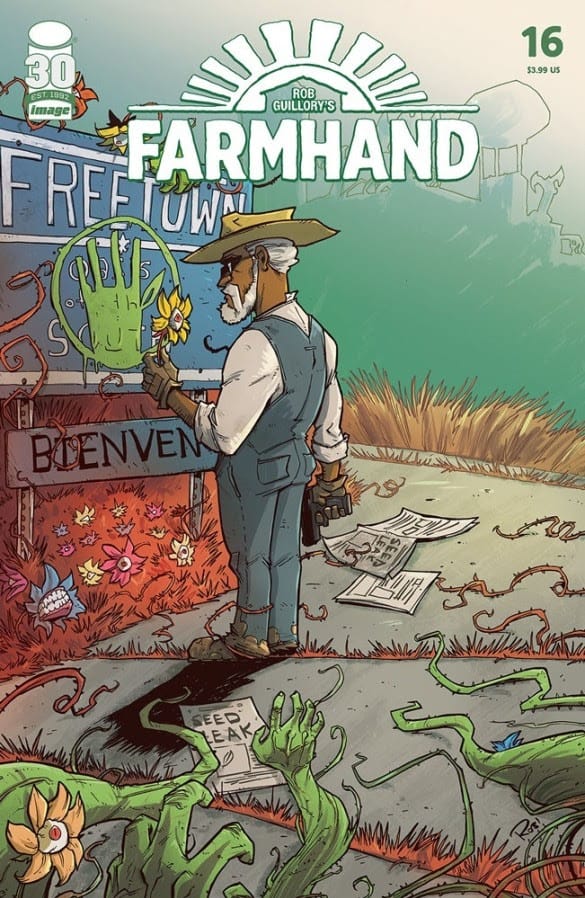 Farmhand #16  will be available at comic book shops on Wednesday, April 13 and available for purchase across many digital platforms, including Amazon Kindle, Apple Books, and Google Play.