The 48-page Deadgame Declassified invites fans to peer behind the mask of G.I. JOE’s iconic ninja commando… and behind what made Rob Liefeld’s Snake Eyes: Deadgame into a phenomenon!  See never-before-seen material from throughout the limited series fill this one-of-a-kind edition, from sketches, layouts, and designs to an unbelievable look at the phenomenal inks over Liefeld’s dynamic pencils from artists including Neal Adams, Ryan Ottley, Whilce Portacio, Ed Piskor, Tom Scioli, Marat Mychaels, Jerry Ordway, Dan Fraga, Kevin Eastman, and more! 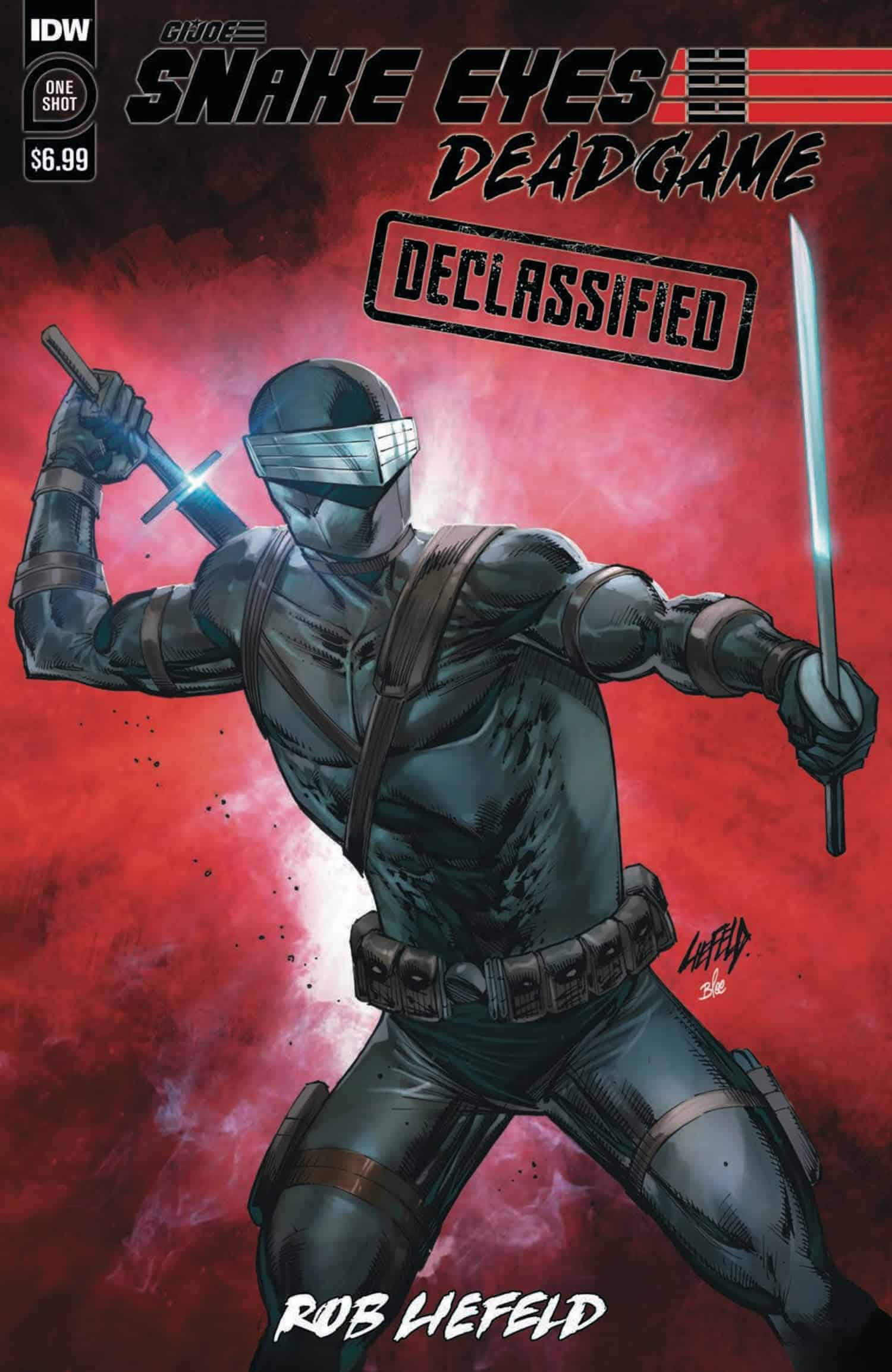 In a press release from IDW, Liefeld said about his experience:

“Working on Snake Eyes, and G.I. JOE specifically, was a highlight of my 35 years in comics. I hadn’t been inspired like this in a long while. These are legendary characters and it was a privilege to work with them, and with IDW and Hasbro to create this body of work.”

“Working on Deadgame Declassified was bittersweet as I was reflecting on the outstanding process of working with the most legendary collection of talent that has come together on a single comic in decades. I want to thank my editor John Barber for the best experience I’ve ever had.”

“I’m so excited for the entire saga to be collected in trade form, and even more excited to promote it and get it into consumers’ hands!” 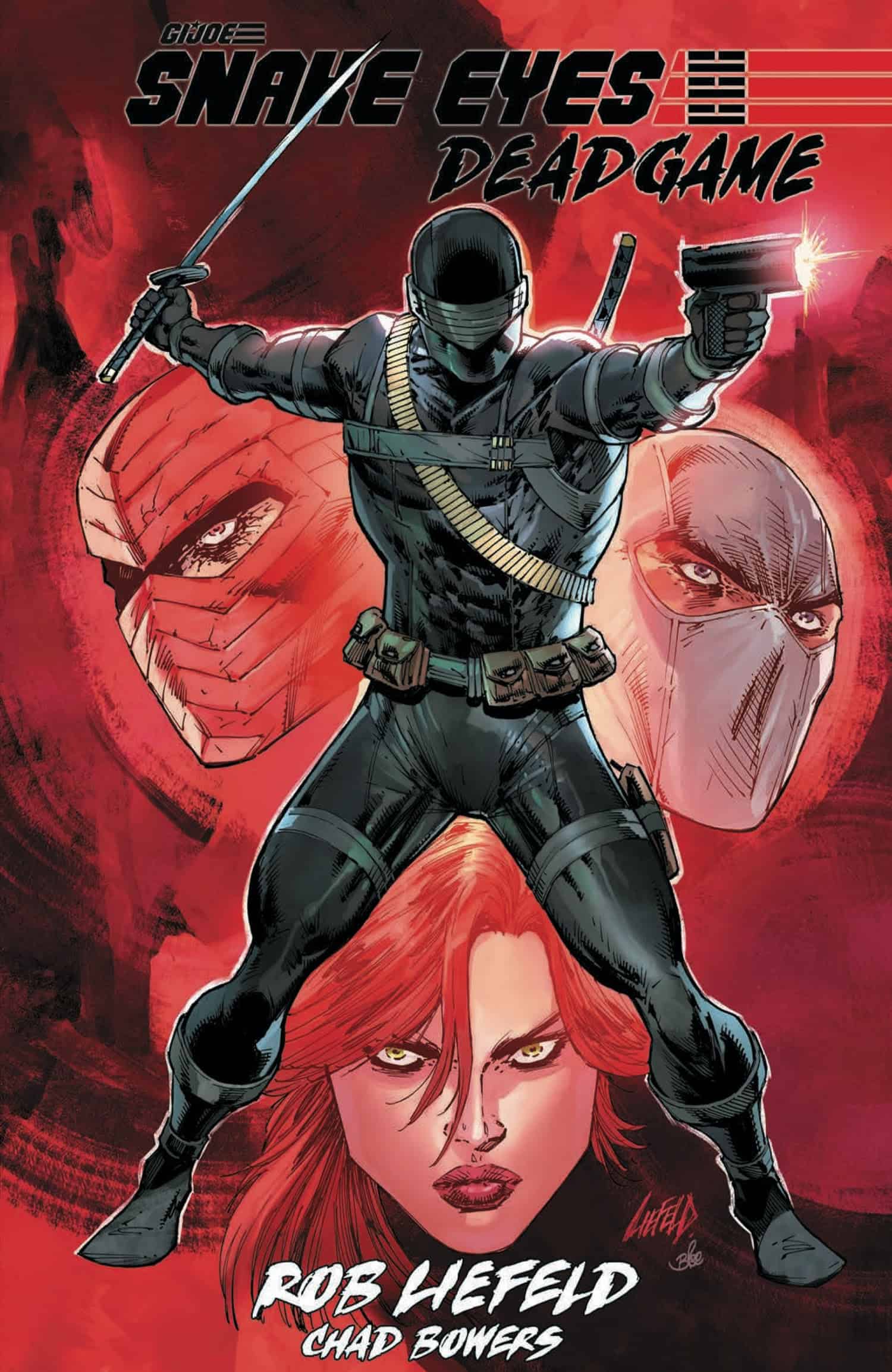 Snake Eyes has long been the most mysterious member of the G.I. Joe team, but now he’ll finally be forced to play his hand! How long can he keep his past classified… and what deadly secrets will come back to haunt him? The Joes’ silent ninja finds himself in a race against time… and against Storm Shadow. There will be only one winner, but there’s no limit on those who fall to-the Deadgame! Will Snake Eyes get a lucky roll? Or has his luck finally run out?