NEWS WATCH: Rob Williams and Will Conrad Unleash Horror in WWII Thriller ‘OUT’ in October from AWA

“War is hell. Say hello to the devil.”

Coming this October from AWA, creators Rob Williams and Will Conrad takes you to WWII in this horror themed war comic OUT—a 5 issue limited series that sees a group of Allied Prisoners of War are brought to a castle high in the Bavarian mountains in 1944.

“In the waning days of World War Two, with the Allies advancing, a desperate Nazi officer unearths an ancient force of evil that he hopes will turn the tide of battle: a vampire. To test the power of his secret weapon, he unleashes the monster on an unsuspecting group of Allied POWs. It’s up to Nocona, a Comanche language expert, to communicate with the vampire to find out what it really wants.”


The comic delves into the horrors of war, mixed with supernatural monsters. Leaving these POW’s the task of having to not only flee this camp from their AXIS captors, but also a vampire, and the monster he’s unleashed on this troop. 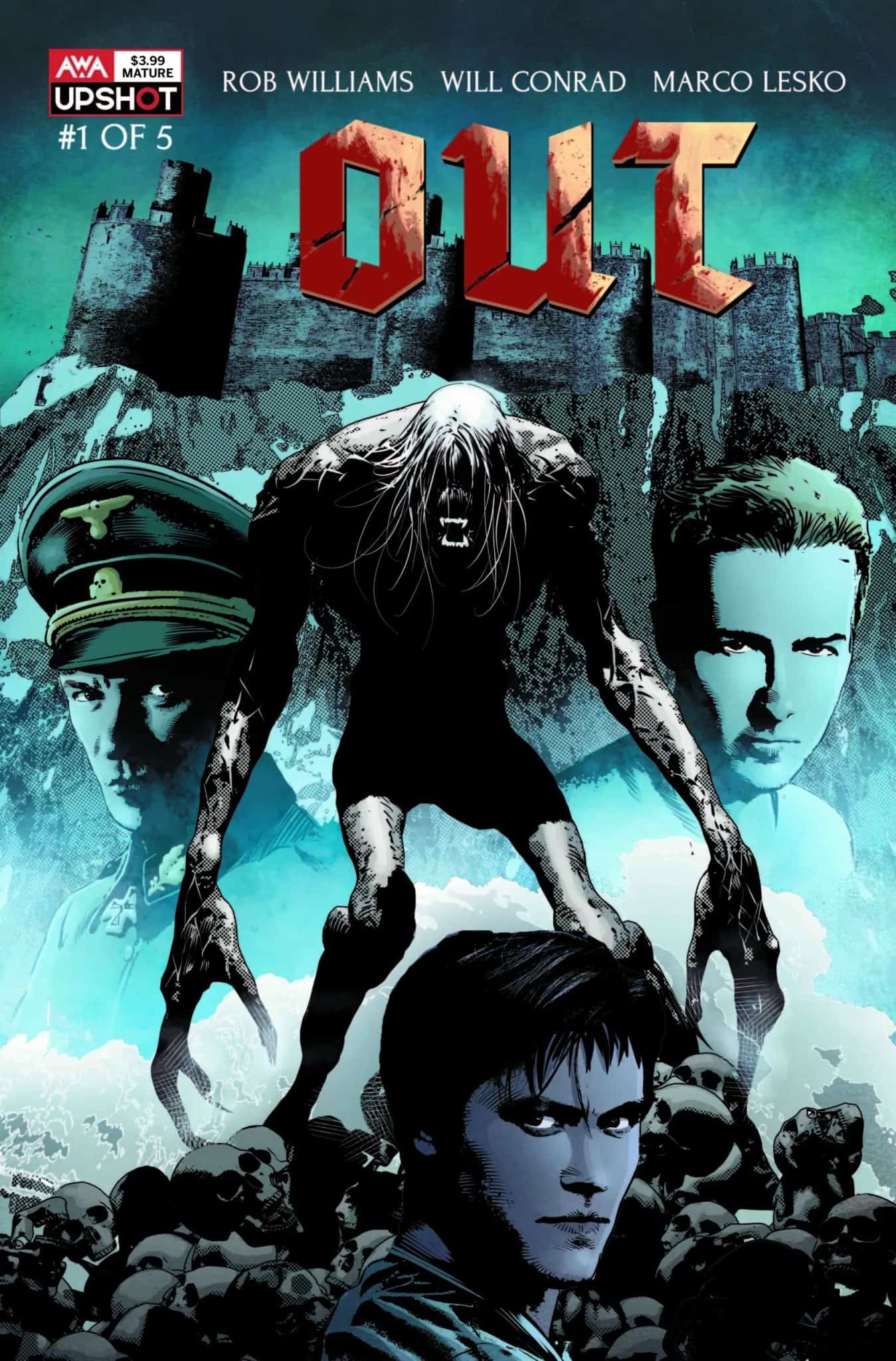 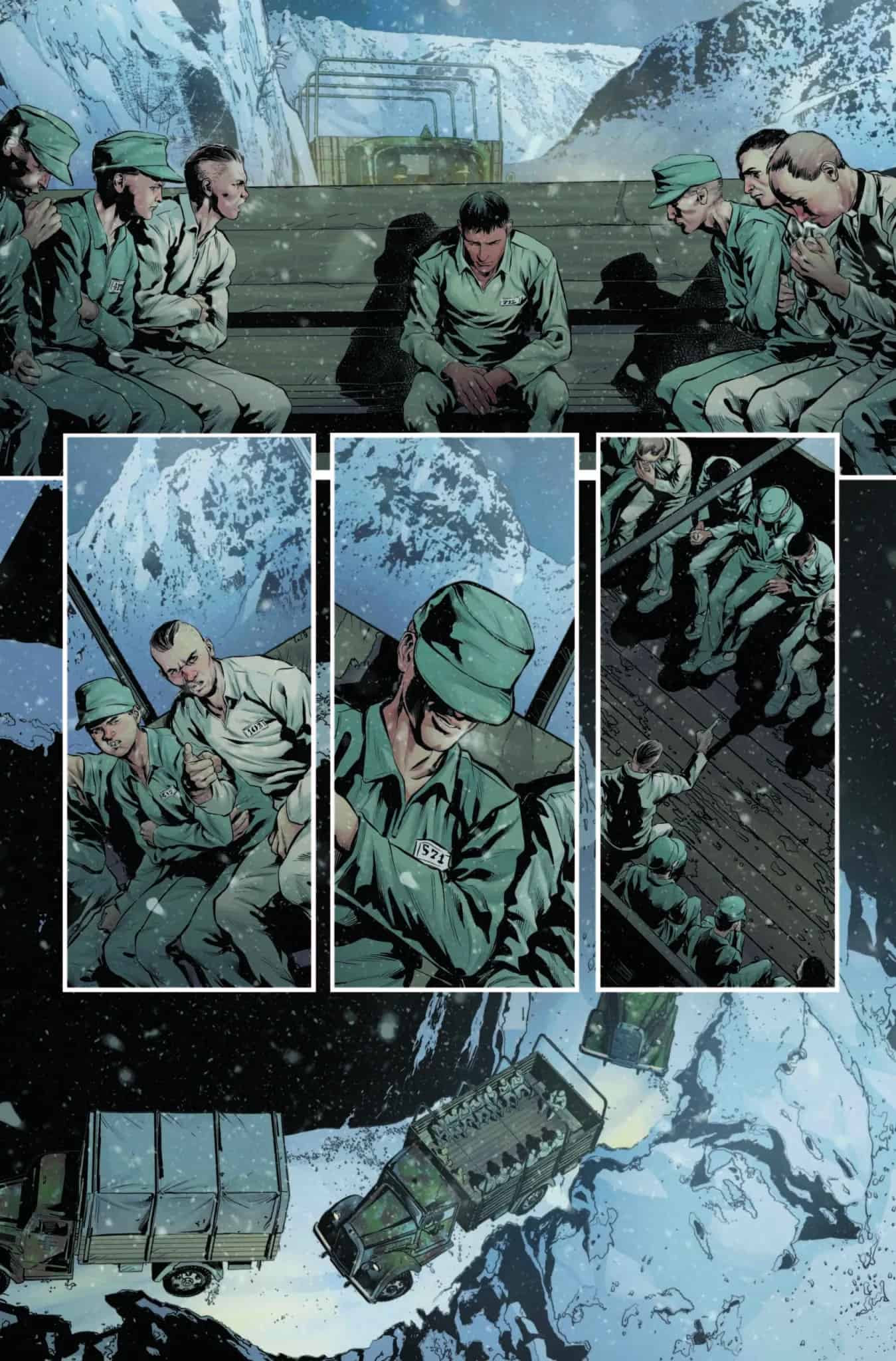 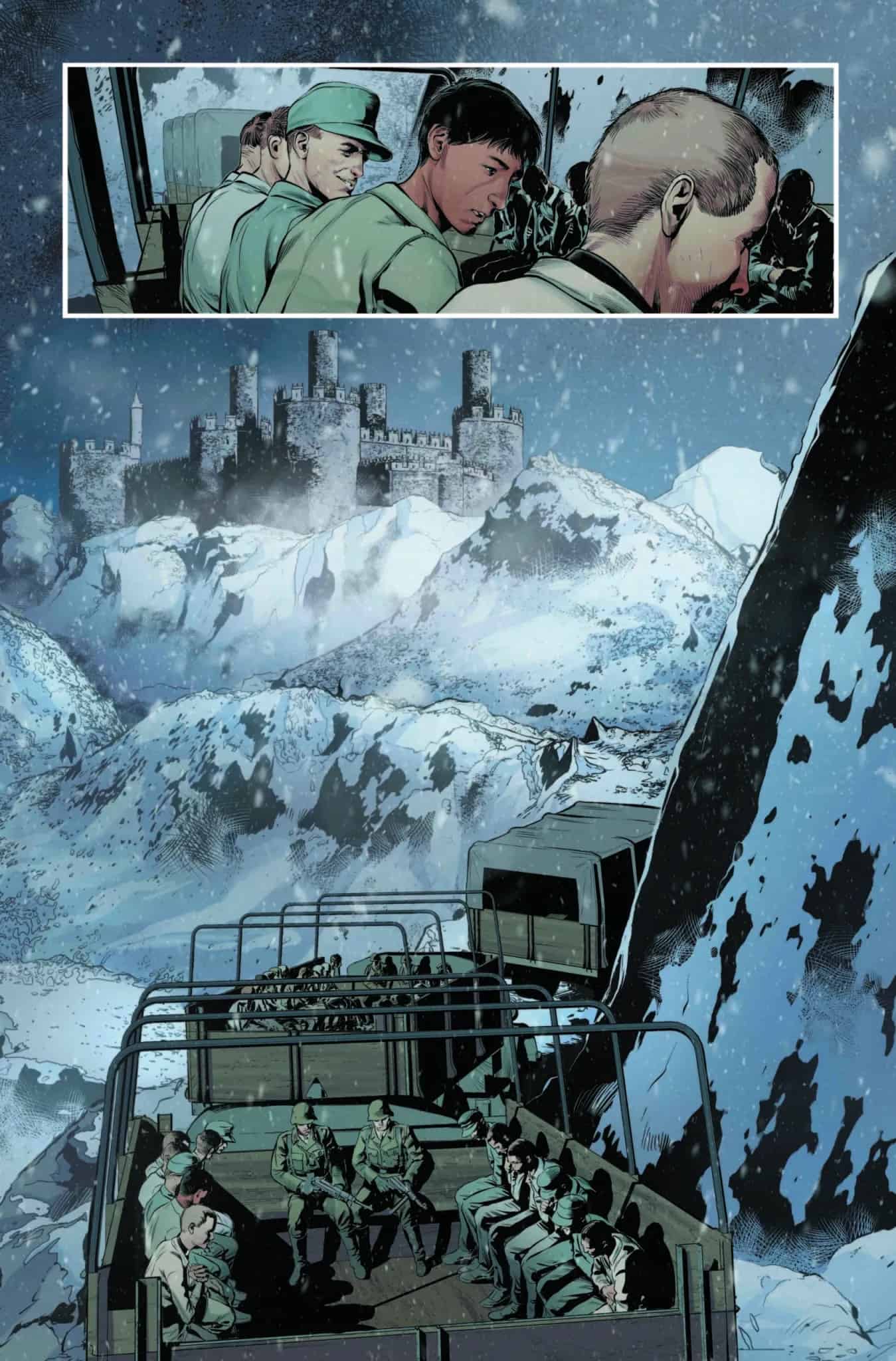 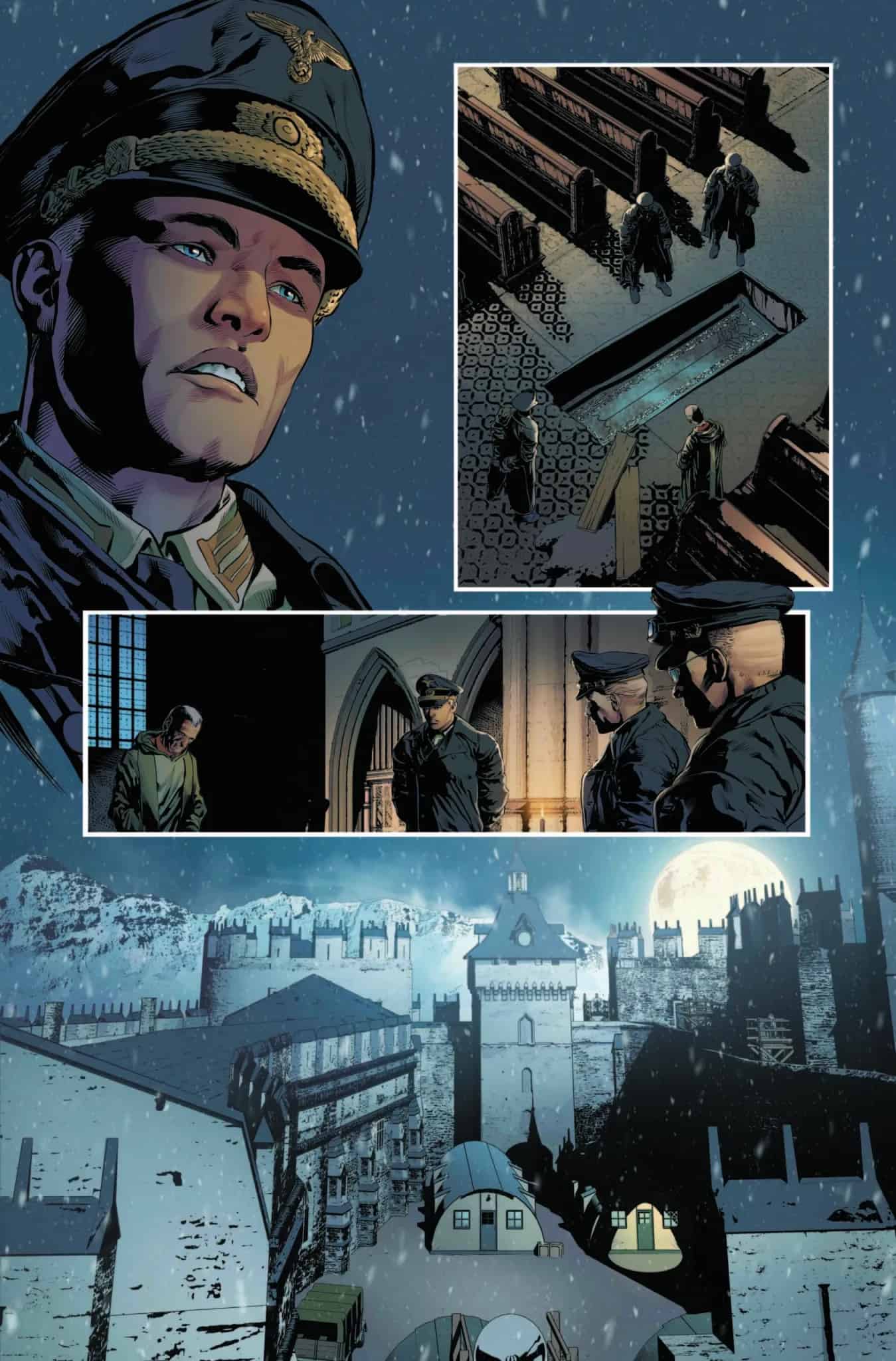 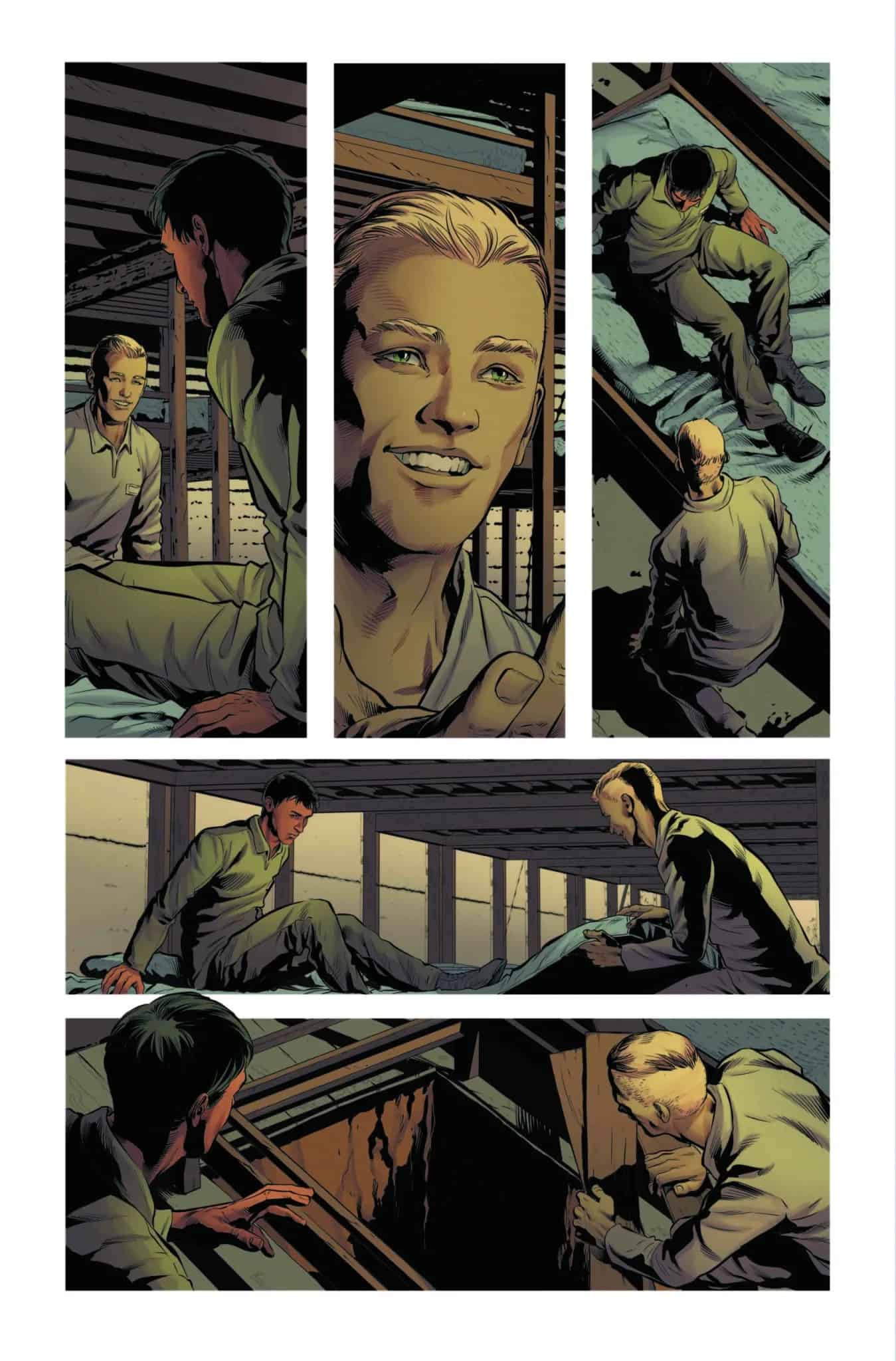 OUT arrives at your local comic shops and favorite digital platforms on October 6th, 2021!

Check out the full press release below from AWA…

Indie comic book publisher Artists, Writers, and Artisans (AWA Studios) is teaming up AWA Studios veteran creators Rob Williams (OLD HAUNTS, JUDGE DREDD), Will Conrad (RED BORDER, JUSTICE LEAGUE), and Marco Lesko (CHARIOT) to bring you a new horror series, OUT. Described as THE GREAT ESCAPE meets 30 DAYS OF NIGHT, this series will be in stores on October 6th, 2021 in time for Halloween with two covers by Tim Bradstreet and Mike Deodato Jr. AWA Studios recently made headlines for striking a deal for a big screen adaptation of their recently published series CHARIOT.

Rob Williams says, “Imagine you’re a prisoner in THE GREAT ESCAPE, but there’s a monstrous vampire hiding somewhere in the camp with you. An impossible-to-escape-from castle on the highest cliffs in Bavaria and a battalion of Nazi soldiers are stopping these Allied soldiers from getting out. But something in there is eating them alive, one by one. So, escape or die.”

Writers have long drawn on experiences of war to explore themes like race, power, and human behavior. The stories that have addressed these and similar issues with unprecedented candor and realism, even through graphic fiction, can be not only entertaining but powerful. Afterall, AWA Studios CCO Axel Alonso adds, “Nazism can’t be safely relegated to history, can it? The spark is alive and well. As for the art, Rob and I immediately agreed that Will’s naturalistic style would be perfect for the story, making it more visceral and real.”

“Will Conrad’s art conveys that amazing-looking realist style of a Brian Bolland or a Travis Charest. He’s done a phenomenal job of bringing this disparate cast of characters to life. OUT is an ensemble piece in the style of John Carpenter’s THE THING and we want you to care about these men as they’re cruelly picked off. Will’s made absolutely sure that happens,” says Rob.

The entire all-star team has worked on previous projects at AWA Studios under the guidance of Vertigo and Marvel veteran Axel Alonso. This will be their first project together under the AWA Studios banner. Rob commented that, “It’s a treat to be back with AWA after such a great experience on OLD HAUNTS. Really enjoy working with Axel Alonso and the team and being able to go full bloody horror with them again.”

Horror fans are encouraged to subscribe to their newsletter to get exclusive updates, contests, and more as they countdown to launch.

For more information about AWA Studios and OUT, visit AWAStudios.net.

OUT debuts on October 6th, 2021. Below, Tim Bradstreet and Mike Deodato Jr.’s    covers for issue #1, as well as preview pages by Will Conrad and Marco Lesko and official solicitation.

NEWS WATCH: Rob Williams and Will Conrad Unleash Horror in WWII Thriller 'OUT' in October from AWA