Lupin the III, the gentlemen thief first trailer for the new CG movie is out and it’s great 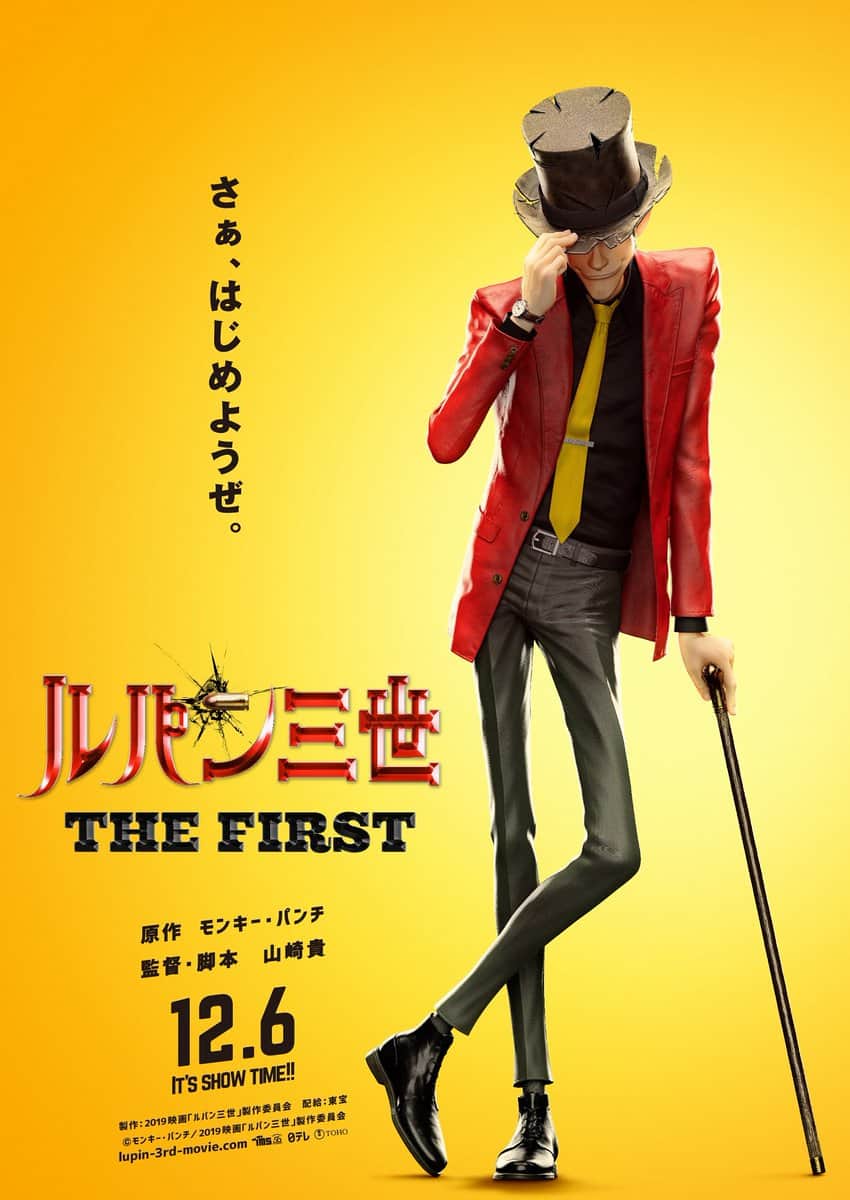 Lupin the III is coming to the world CG in “Lupin the Third: The First” and even though this is not the first time in CG, this time looks like it will do the trick. The trailer for the new movie does away with any doubt placed on the franchise by the 2012 CG style short film that was included in a box set collection.

Lupin the third’s first feature CG film will be directed by Takashi Yamazaki (Stand by Me Doraemon) and produced by Toho Animation, who drop the trailer earlier this week. The film will open on December 6, in Japan but no information has been revealed on an international release. This new feature film comes 40 years after the now-classic Lupin the Third: The Castle of Count Cagliostro which was directed by Hayao Miyazaki in 1979 and was the director theatrical debut.

Lupin the III along with his partners in crime Fujiko, Goemon, and Jigen first appeared in a 1967 manga by Kazuhiko Kato, more commonly known by his pen name Monkey Punch. The manga pitted the world-famous thief against the often buffoonish but relentless Inspector Zenigata in all sorts of thrilling capers. Lupin was conceived as the grandson of Arsene Lupin, star of Maurice Leblanc’s turn-of-the-20th-century crime capers.

Fans will see in the trailer that this new movie has captured many of Lupin the III trademark style that has taken the manga series across multiple platforms from TV and movies to video games and even a live-action stage play. The trailer has car chases, dog fights, guns, swords, and plenty of locks to masterfully be pick by Lupin. This movie looks bright, colorful, and invokes all the swagger Monkey Punches created.

Unfortunately, Monkey Punch passed in April of this year and will not see the feature but before he died saw enough of the film to express his support of the project and say “I’ve been looking forward to a 3d CG Lupin III for a long time. I’ve taken a look at the characters and story: it looks like this Lupin will come packed with new sensations, and I’m getting excited just thinking about how the film will turn out.”