This July, get ready for Lunar Ladies from Scout Comics!

A highly-advanced society of women lives under the surface of the moon–their peaceful way of living is quietly fracturing from the inside, as political ideologies pit the queen of the moon against a geneticist hell bent on usurping the queen’s power. 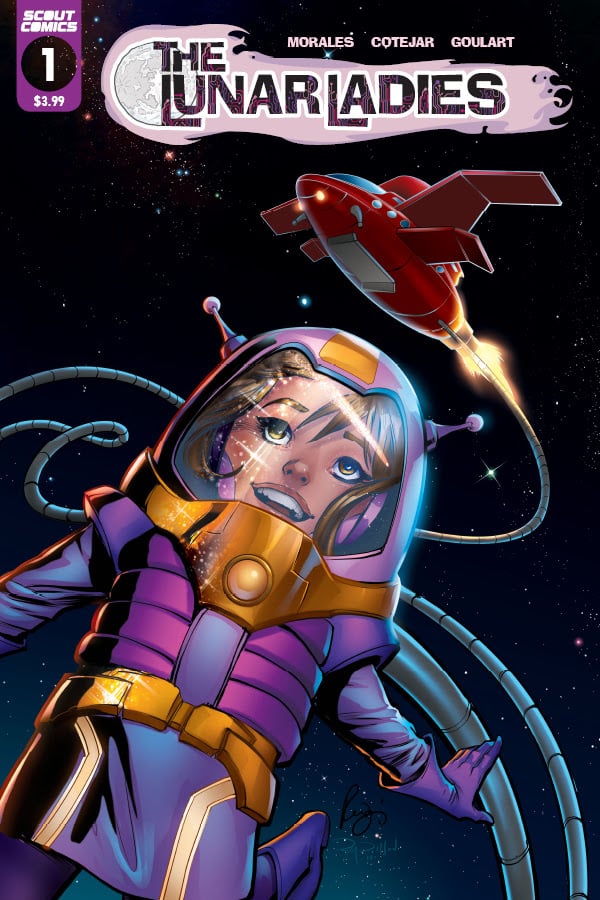 The story opens with a heated ray gun battle between Queen Velouria and a lunatic scientist named Venus Verga. Velouria flees to prehistoric Earth with her lover, Star, and her young daughter, Clare. Velouria bestows the moon’s greatest treasure to Clare – a powerful talisman that must stay in the possession of the royal bloodline.

Mad with bloodlust, Venus gives chase with an army of bio-engineered male clones that land on prehistoric Earth. This sets the stage for an epic conflict between Venus’ army and a rag-tag coalition of lunar ladies, prehistoric humans and native Earth animals. In the time of greatest need, Clare harnesses the power of the moonstone talisman to deliver a crushing blow to Venus’ forces.

“THE LUNAR LADIES is a love letter to the golden age, public domain character, Moon Girl, who is the central figure of this ray-guns-and-laser-rays Sci-Fi story. Back when I cross promoted this book with Charlie Stickney’s White Ash on Kickstarter, I never imagined we’d hook up again as creator and publisher at Scout Comics. I couldn’t be more thrilled that this title found a home with a publisher that loves indie comics as much as I do!

A million years ago, in outer space, a highly-advanced society of women lives under the surface of the moon. Their peaceful way of living is quietly fracturing from the inside, as political ideologies pit the queen of the moon against a geneticist hell bent on usurping the queen’s power. The Lunar Ladies is an homage to the public domain character, Moon Girl, complete with Golden Age ray guns and laser rays. Pew-pew! 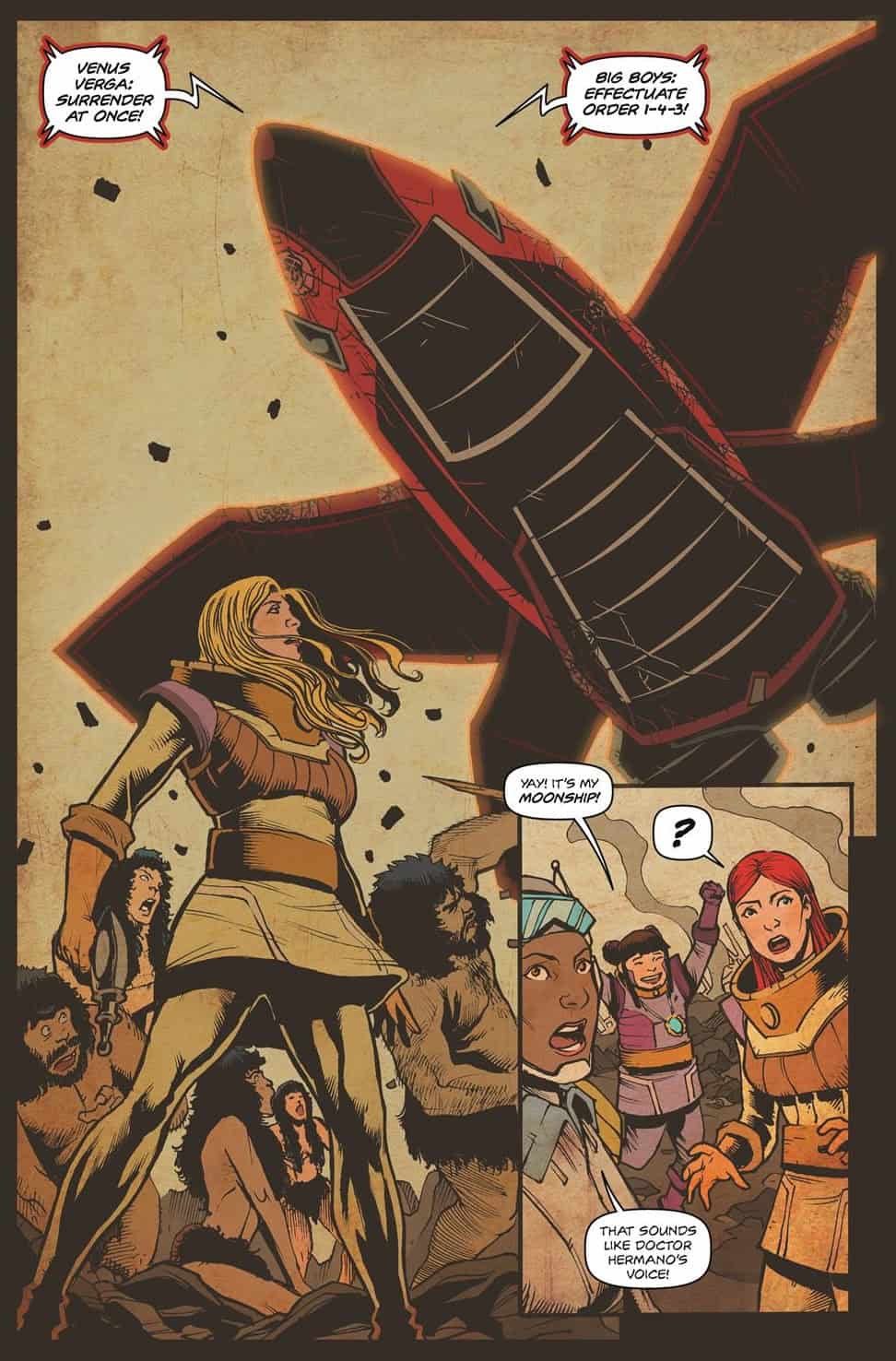 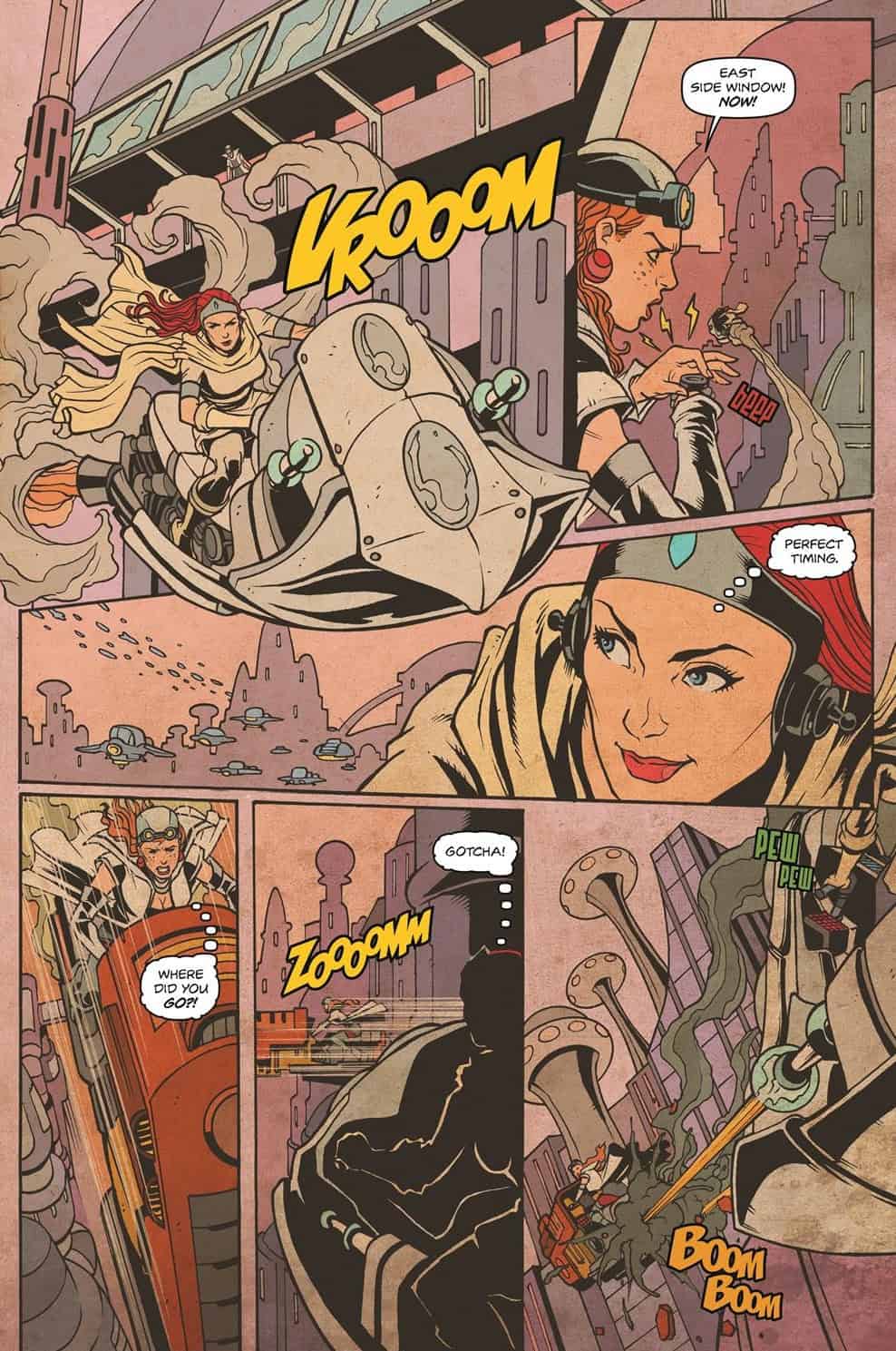 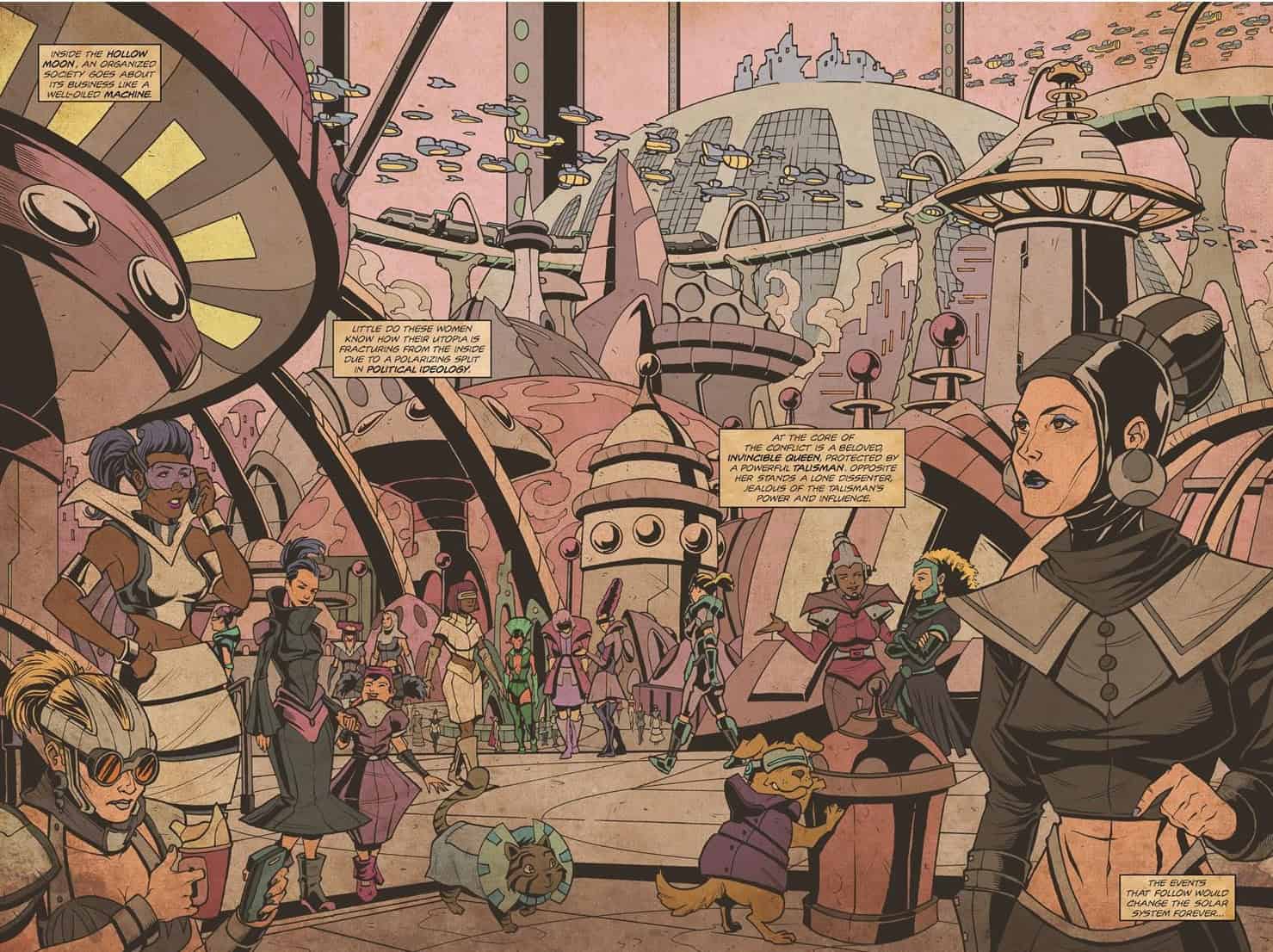 Be sure to stay tuned to Comic Watch for all your fandom news and reviews!