Actor/director/produce Andy Serkis tells a tale about the gods

As first reported on Friday via the Hollywood Reporter, Scout Comics & Entertainment Holdings, Inc. along with Thunder Comics are proud to announce a new comic series called Eternus by actor/director/producer Andy Serkis.
The seven-issue Eternus, co-created with director Andrew Levitas, is inspired by myth and takes place in 360 AD, 30 years after the murder of Zeus in his own temples. Zeus’ son, Heracles, is now a depressed drunk, while the old gods struggle to stay alive after decades of Christian disruption. When Athena’s Temple is sacked by a mysterious Centurion in search of a relic once belonging to Zeus, the old gods are convinced this is Zeus’ killer. Now Heracles must sober up and protect the only witness to identify the killer.
“Eternus is an expression of our fascination with foundational mythology and deeply rooted storytelling,” Serkis said in a statement. “It’s exciting to share this first glimpse into the world we have been building for so long. This is just the beginning.”
The Source/Unikorn scribe Don Handfield is writing with Anastajza K Davis. Art hails from penciler Karl Moline, inker Andy Owens and letter Dave Lanphear. Rob Prior will paint the main covers. 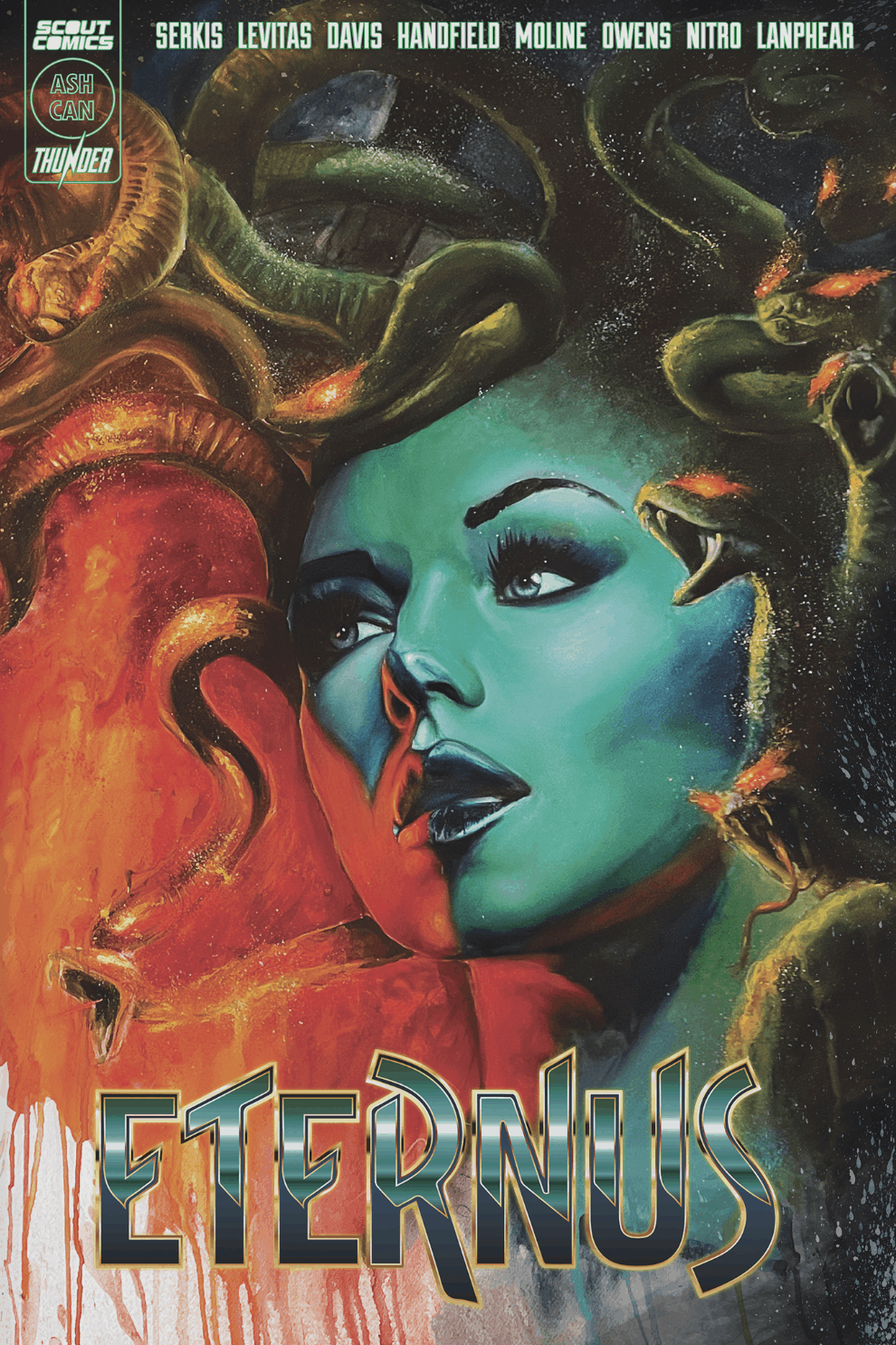 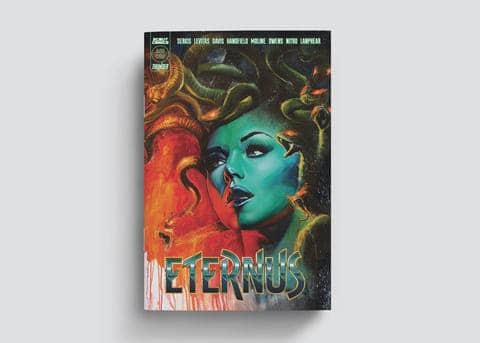 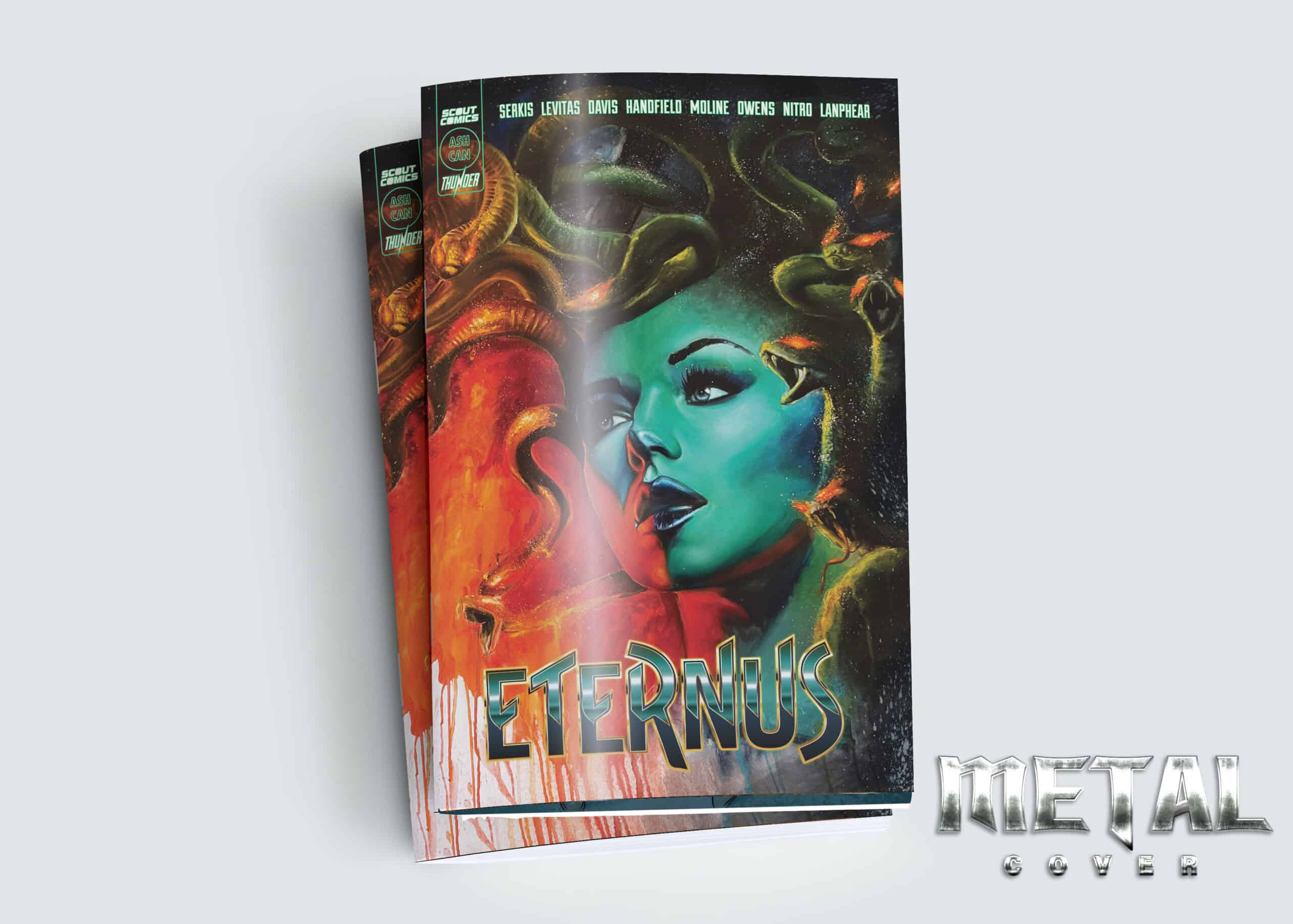 A limited-edition ashcan NOW AVAILABLE for pre-order on Scout’s website and at New York Comic Con starting this Thursday, where cover artist Rob Prior will be doing a signing. There’s two versions, a regular edition and a limited edition METAL cover edition.