NEWS WATCH: SHE-HULK IS BACK TO SHAKE UP THE MARVEL UNIVERSE IN NEW COMIC SERIES BY RAINBOW ROWELL AND ROGÊ ANTÔNIO

Marvel’s sensational powerhouse returns! One of comics’ most beloved heroes, Jennifer Walters, A.K.A. She-Hulk, will star in a new ongoing comic series starting in January. Written by acclaimed author Rainbow Rowell (RUNAWAYS) with art by Rogê Antônio (X-MEN: RED, HELLIONS), SHE-HULK will see the character embark on a journey that heralds back to her fan-favorite solo adventures of the past while embracing a fresh new future for the character. Promising to be a delight for fans as well as newcomers to She-Hulk’s saga, the series will once again prove why Jennifer Walters is the greatest character around!

Following her transformative time in Jason Aaron’s AVENGERS, She-Hulk is eager to put her rage-filled days behind her and return to practicing law in defense of the innocent. She’s got a career to rebuild, friends to reconnect with (and maybe represent in a court of law) and enemies to…well, she may not want to connect with them, but they are DEFINITELY going to connect with her. And when a friend from her past comes knocking with a mystery she can’t resist, she’ll quickly be back to bashing. The last page of this debut issue is going to send Jen down a road she’s never traveled, one that will shake up her life and possibly the whole Marvel Universe.

“She-Hulk is the best of the best,” Rowell said. “She’s smart, she’s funny—and she’s really and truly heroic (all that and she has the best hair in comics). Jen has always been at the top of my Marvel wishlist, and I’m thrilled to be writing her next chapter.”

“I’m very excited and feel honored to be a part of this exciting new phase of She-Hulk,” Antônio said. “Working with Rainbow Rowell has been inspiring and it’s amazing how she lets her passion for the character shine through on every page. I hope the fans have as much fun reading as I’m having illustrating these new adventures.”

A premiere issue so big it’ll have not one but two dazzling main covers—one by astounding cover artist Jen Bartel and another by comics legend Adam Hughes! Check them out below and be there when She-Hulk smashes her way into a new era on January 12! For more information, visit Marvel.com 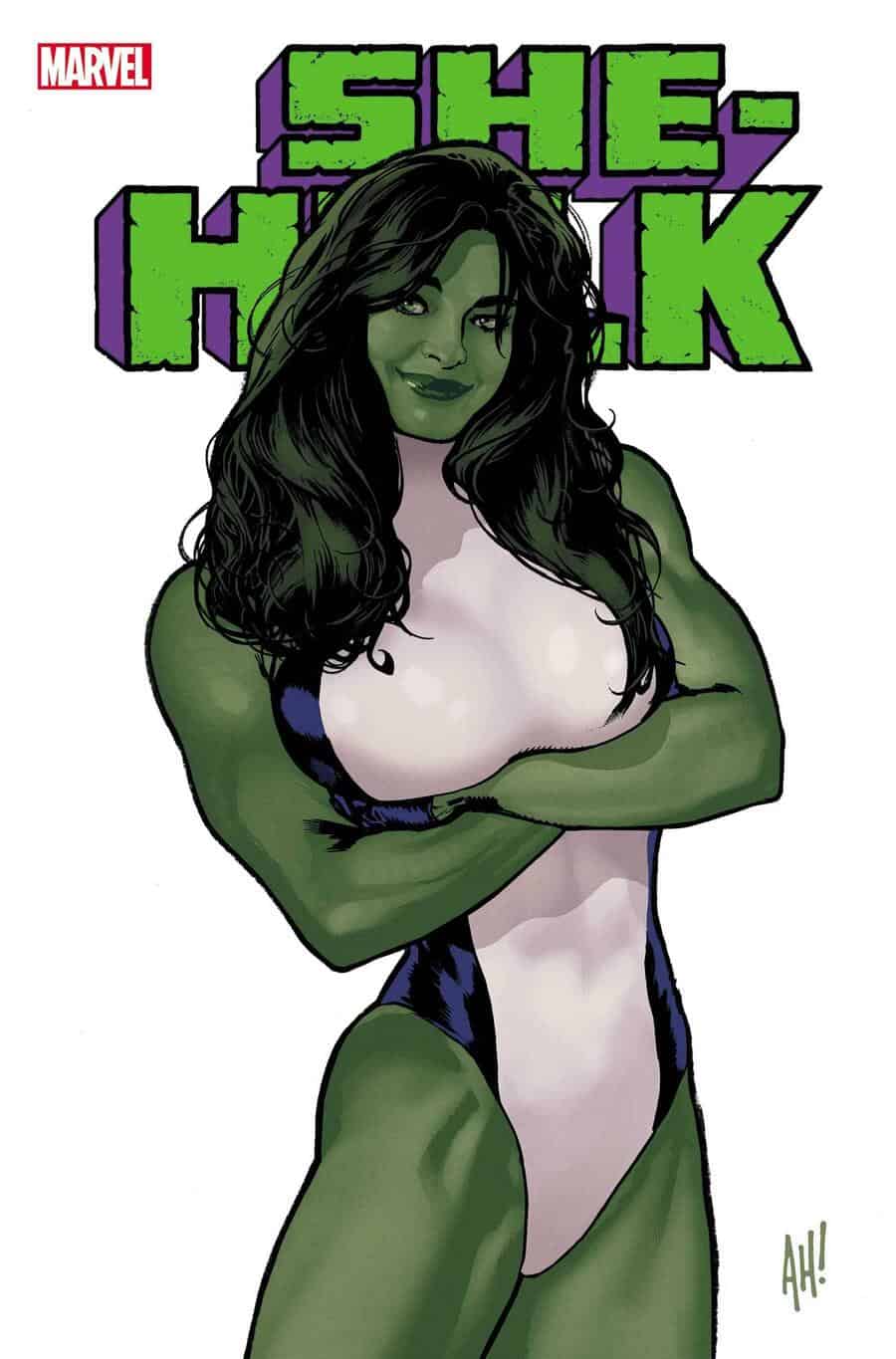 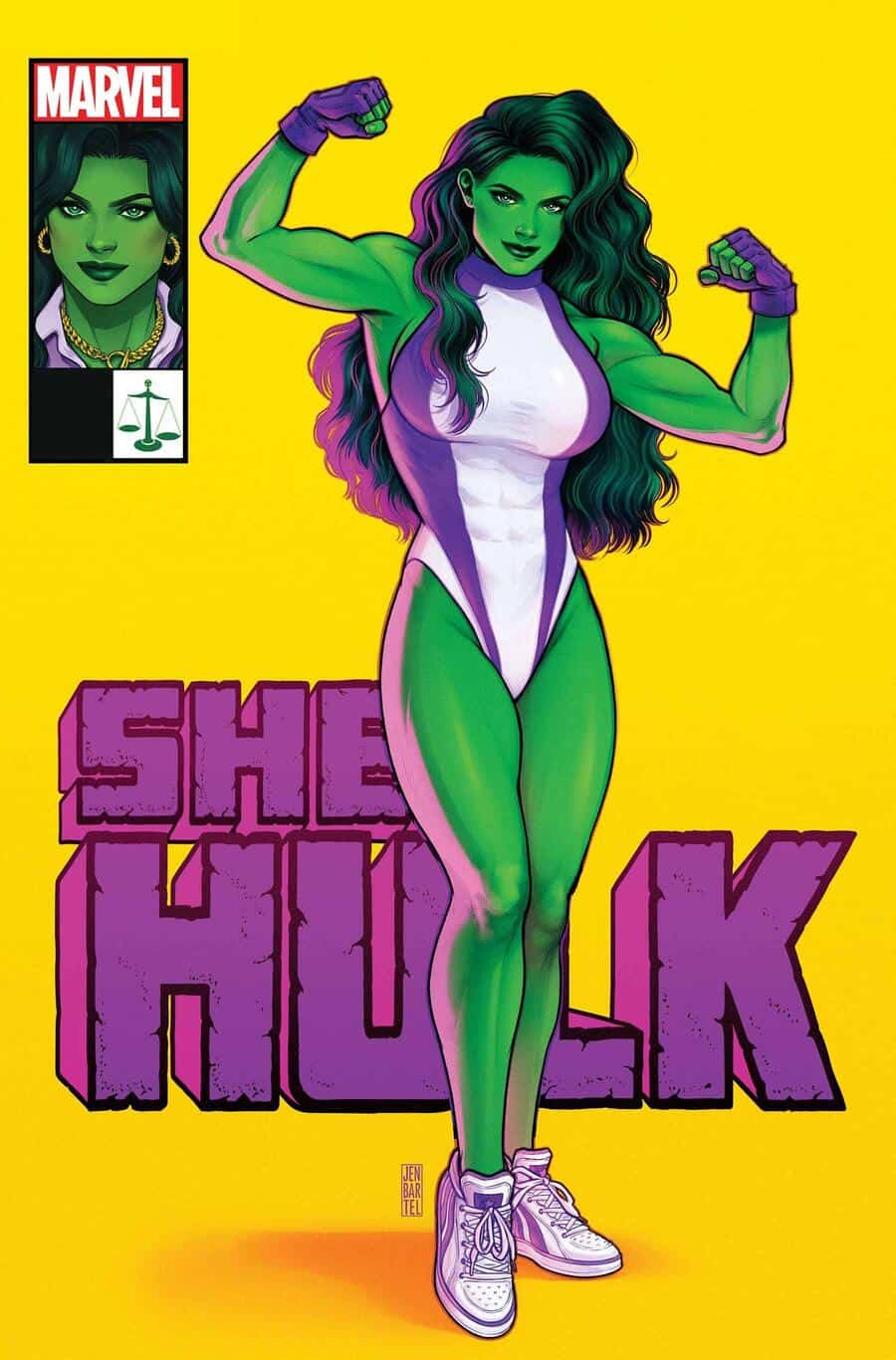 Cover A by JEN BARTEL

Cover B by ADAM HUGHES

NEWS WATCH: SHE-HULK IS BACK TO SHAKE UP THE MARVEL UNIVERSE IN NEW COMIC SERIES BY RAINBOW ROWELL AND ROGÊ ANTÔNIO