The devil’s bounty hunter returns! Ghost Rider streaks out of the underworld on his flaming motorcycle — with a skull to match — in an all-new ongoing series. Now, take one hell of a ride in a new trailer featuring Editor in Chief C.B. Cebulski, Assistant Editor Chris Robinson and Writer Ed Brisson!

Following his shocking accession, Johnny Blaze is now the king of the underworld! What challenges does a hero face when he presides over the worst humanity — and inhumanity — has to offer? While Blaze acts as demonic warden down below, fellow Ghost Rider Danny Ketch is tasked with collecting souls above. How does Ketch cope with being forced to serve in a role he despises?

“One thing we’re really diving into is what this really means to [the Ghost Riders’] lives,” says Brisson.

“What is the Spirit of Vengeance? Where does it come from? Why does it possess certain people and not others?… What’s the mythos of the Ghost Rider character? Those are the questions that we’re going to answer in this series for fans, finally,” promises Cebulski. 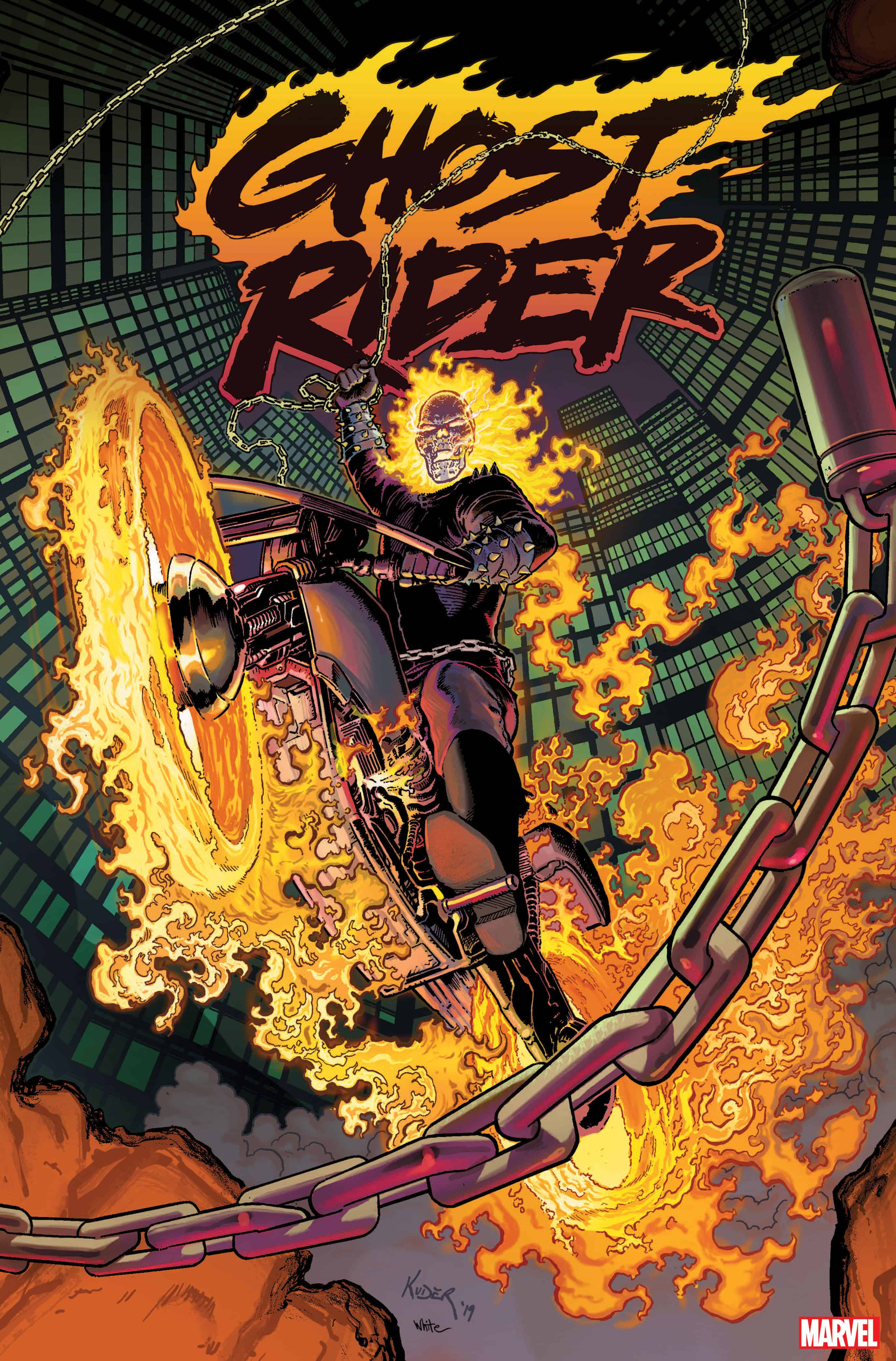 Ghost Rider #1 arrives on October 2 in comic shops, on the Marvel Comics App and on Marvel.com! To find a comic shop near you, visit www.comicshoplocator.com or call 1-888-comicbook.