SiriusXM and Marvel Entertainment are continuing their partnership which began in 2020 with Marvel Podcasts Unlimited, the premium audio entertainment subscription for Marvel fans worldwide, available exclusively via the new Marvel channel on Apple Podcasts.

Now fans can explore this new free Marvel channel on Apple Podcasts which features popular Marvel + SXM Podcasts original series, including the award-winning such as 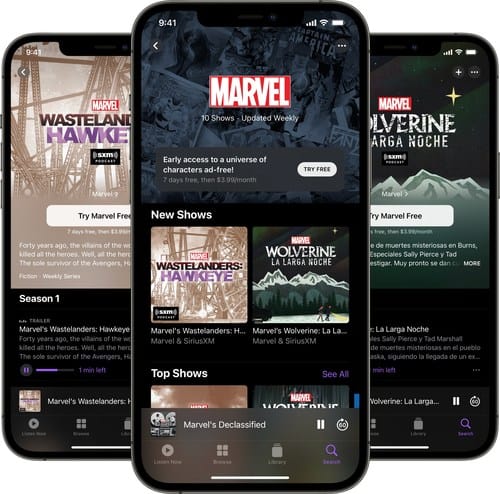 The new Marvel channel from SiriusXM on Apple Podcasts.