SkibaVision, the production company responsible for feature films like Pursuit and The 2nd, has signed on to produce three films based on Source Point Press comics titles.

Cold Dead Hands, The Curse of Cleaver County, and No Rest for the Wicked: Dead Man’s Hand are currently on the slate to be developed for film, with SkibaVision Founder Brian Skiba directing each. 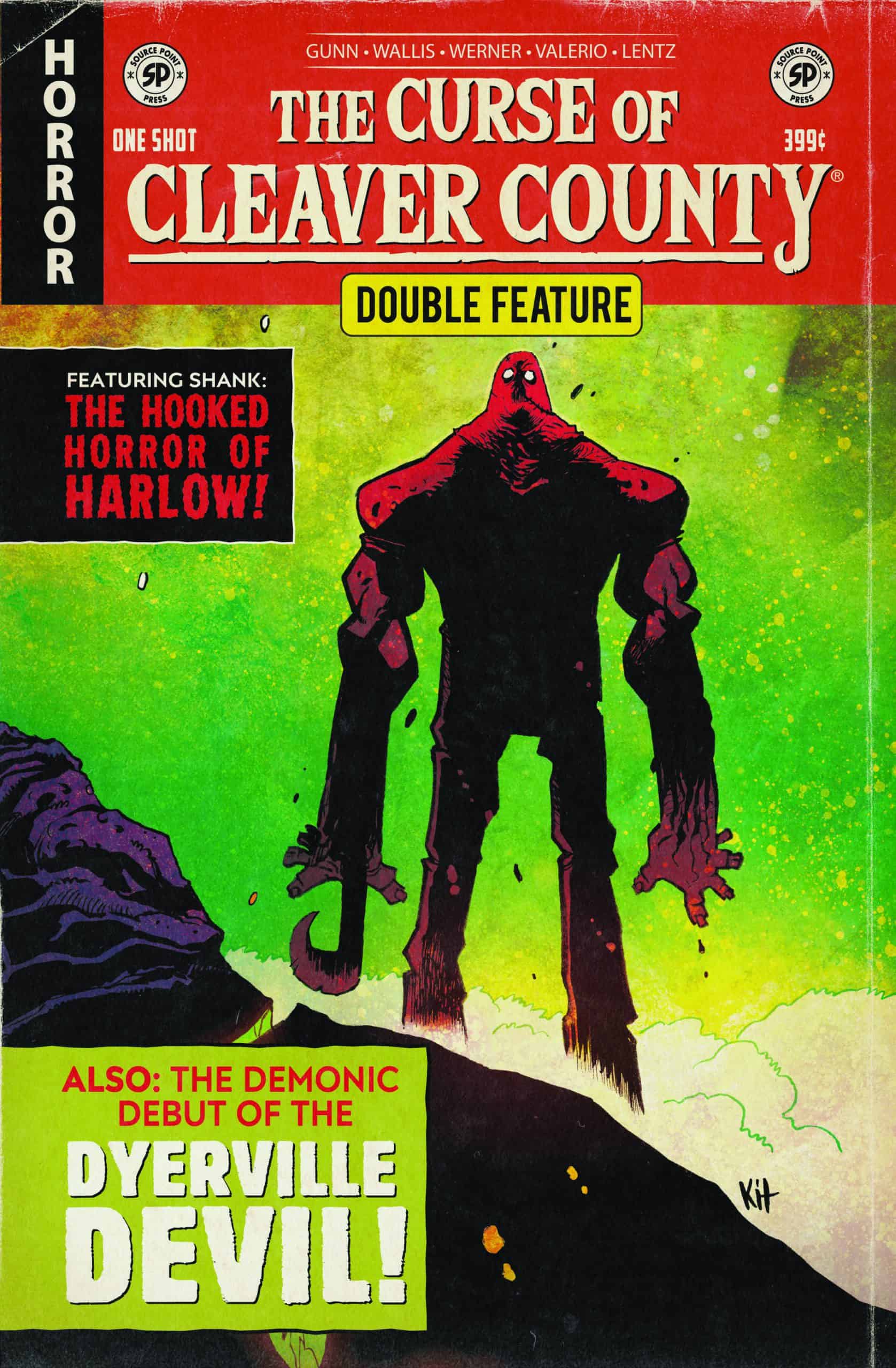 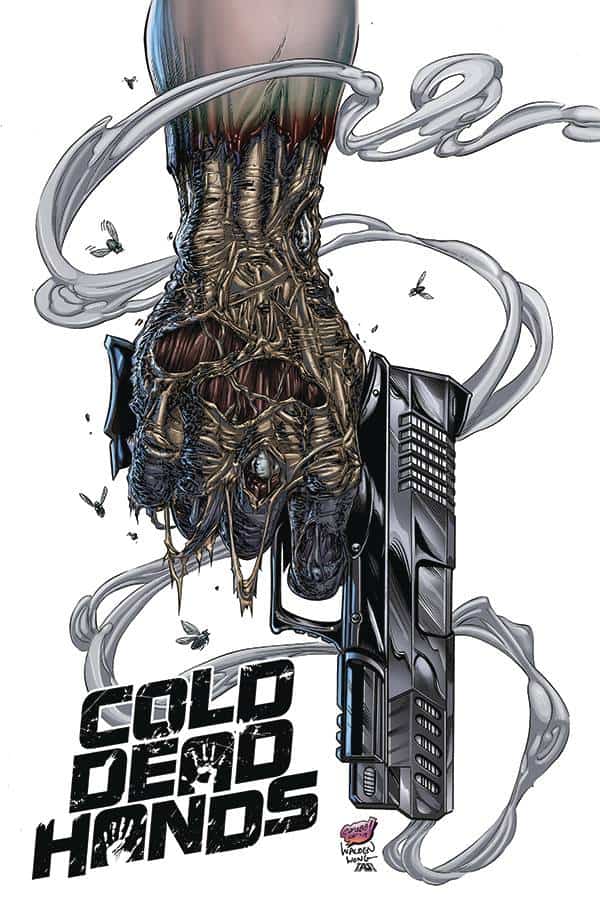 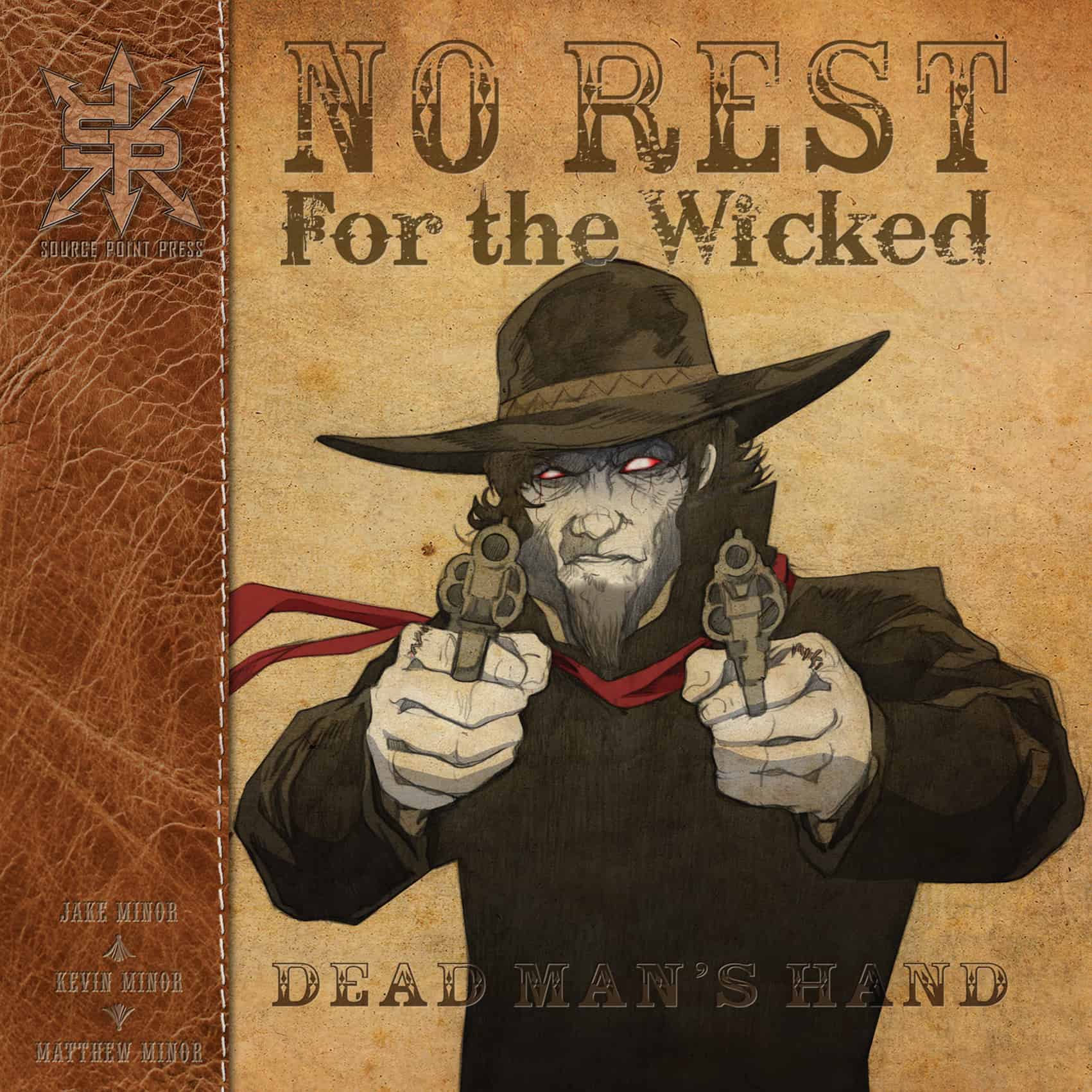 Skiba has most recently served as the director and writer on action/thrillers Pursuit starring John Cusack and The 2nd starring Ryan Phillippe, Casper van Dien, and Jack Griffo, which captured Apple TV’s #1 movie over the 2020 Labor Day weekend. In addition, the film was #1 Action Adventure and #1 Independent, and #1 on Netflix.

Dead Man’s Hand, based on No Rest for the Wicked: Dead Man’s Hand by Kevin, Matthew, and Jake Minor, is the first to be developed and is slated to begin filming in September, 2022.

In No Rest for the Wicked: Dead Man’s Hand, A mysterious cowboy named Reno shows up in the booming silver mining town of Crooked Creek. A card game goes about as badly as it can and Reno runs afoul of the local powers-that-be. Rescued from death in the desert by a local native tribe, for their own purposes, Reno is sent on a mission of vengeance as more than a man, but less than human.

“No Rest for the Wicked: Dead Man’s Hand has always been one of my favorite stories we’ve published here at Source Point Press. The Minor brothers created the perfect story to be adapted to a feature film, and Brian [Skiba] is truly a visionary. I can’t wait to see him bring this to life,” says Source Point Press Chief Creative Officer and Editor-in-Chief Josh Werner.

“I’m excited to direct Cold Dead Hands because it’s the perfect mix of Horror Action with just the right dash of anti-hero. Similar to Evil Dead in all the right ways, this film will have that gory comedy that fans of grindhouse movies around the globe will love,” says Skiba.

In Cold Dead Hands, drawn by Lee Milewski, Kit Kelso is ready to make a name for himself as a mercenary in an industry filled with his father’s accomplishments. He wants to surpass the fame of his predecessors and become the greatest mercenary that’s ever lived, the only problem is that he’s terrible at it. That is, until he crosses paths with the cursed hands of Athos Matis, and comes wrist-to-wrist with the most powerful weapon in the history of killing-for-profit.

“Cold Dead Hands is one of the things I am most proud of in my writing career. Having watched the incredible work that Brian [Skiba] has done over the years, it was very apparent to me that he was the perfect choice to direct a live-action adaptation,” says Gunn.

Set in the one of the deadliest fictional locations in the world, The Curse of Cleaver County comic series follows some of the most grotesque, gruesome, and gore-fueled killers as they haunt, horrify, and harrow the residents of every town in Cleaver County. Each unique town will feature a new creative team and an original slasher villain, with the first arc featuring Harold Winslow, created by Gunn and Kit Wallis.

“I’ve not had a chance to direct a real slasher flick yet, so I’m super stoked to jump into Cleaver County and bring back those 80/90’s slasher flicks that I grew up watching and loved.  Harold Winslow will soon join the ranks of Michael Myers/Jason Vorhees as a psychopathic serial killer on a murder spree because the world did him wrong and now it’s time they pay. I love a real violent underdog story,” says Skiba.

“Sometimes projects take a long time to gain steam, and sometimes it’s apparent from the very first page of script or piece of art that it’s a home run. For us, Cleaver County was the latter. The reaction to the very limited run of exclusives we released at C2E2 this year was overwhelming. We spoke to so many people who were so enthralled with the teaser story, and begged for more of it. Josh [Werner] and I have worked REALLY hard over the years to develop an intricate and exciting roadmap for this series, and the idea of its live-action debut is thrilling. Bryan [Skiba]’s passion and excitement for this project is equally matched by all of us at Source Point Press, and we are all looking forward to introducing the world to the terrifyingly awesome Cleaver County,” says Gunn.