on June 13, 2022
Skybound today announced the superstar creative team and story behind Skybound Presents Afterschool #4, the final issue of the teen horror anthology miniseries that goes the extra mile to teach the cautionary tales your parents were too scared to talk about. Afterschool #4 will arrive in comic book shops September 21, 2022.
In this issue, writer Leon Hendrix III (Two Sentence Horror Stories, Mayor of Kingstown) teams up with artist Eric Zawadzki (Heart Attack, House of El) to present a standalone horror story about an extracurricular you’d die to have on your high school transcript. Afterschool #4’s creative team is rounded out by colorist Giovanna Niro (Two Moons, Summoner’s War: Legacy), letterer Pat Brosseau (Birthright, Manifest Destiny), and cover artist Veronica Fish (Archie, Sabrina the Teenage Witch).
Mr. Kelly wanted to shake up the traditions at his private boarding school, so he started a new club. But what happens when a history teacher’s grand experiment in free thinking takes on a life of its own?
“I’ve only worked on horror-adjacent comics in my short career, so I’m pretty excited to finally get a chance to test out my storytelling skills on a pure horror comic,” said Eric Zawadzki.
“Working with Eric, Jon Moisan, and the legendary creative and editorial team at Skybound has been a dream come true. They’re so supportive and curious,” said Leon Hendrix III. “They’ve held my hand as I’ve made the transition from writing for film and TV, and together I think we’ve created a fun, twisted little fable that hopefully helps shine a light on the value of being honest and true to yourself. I’m so excited for people to read it!”
The team behind this Afterschool special joins the impressive roster of acclaimed writers and superstar artists from comics, television and beyond working on the miniseries, including Justin Benson & Aaron Moorhead (Marvel Studios’ Moon Knight) and Greg Hinkle (Radio Spaceman); Kate Herron (Marvel Studios’ Loki, Sex Education) & Briony Redman (the BAFTA Rocliffe-winning Pont Brec) alongside Leila Leiz (M.O.M.: Mother of Madness, Horde); and Jill Blotevogel (Scream: The TV Series, Shining Vale) with Marley Zarcone (Shade, the Changing Girl; Effigy). Each standalone Afterschool special features a unique creative team to give each issue a distinct horrifying feel, with its own relatable characters and truly chilling lessons. 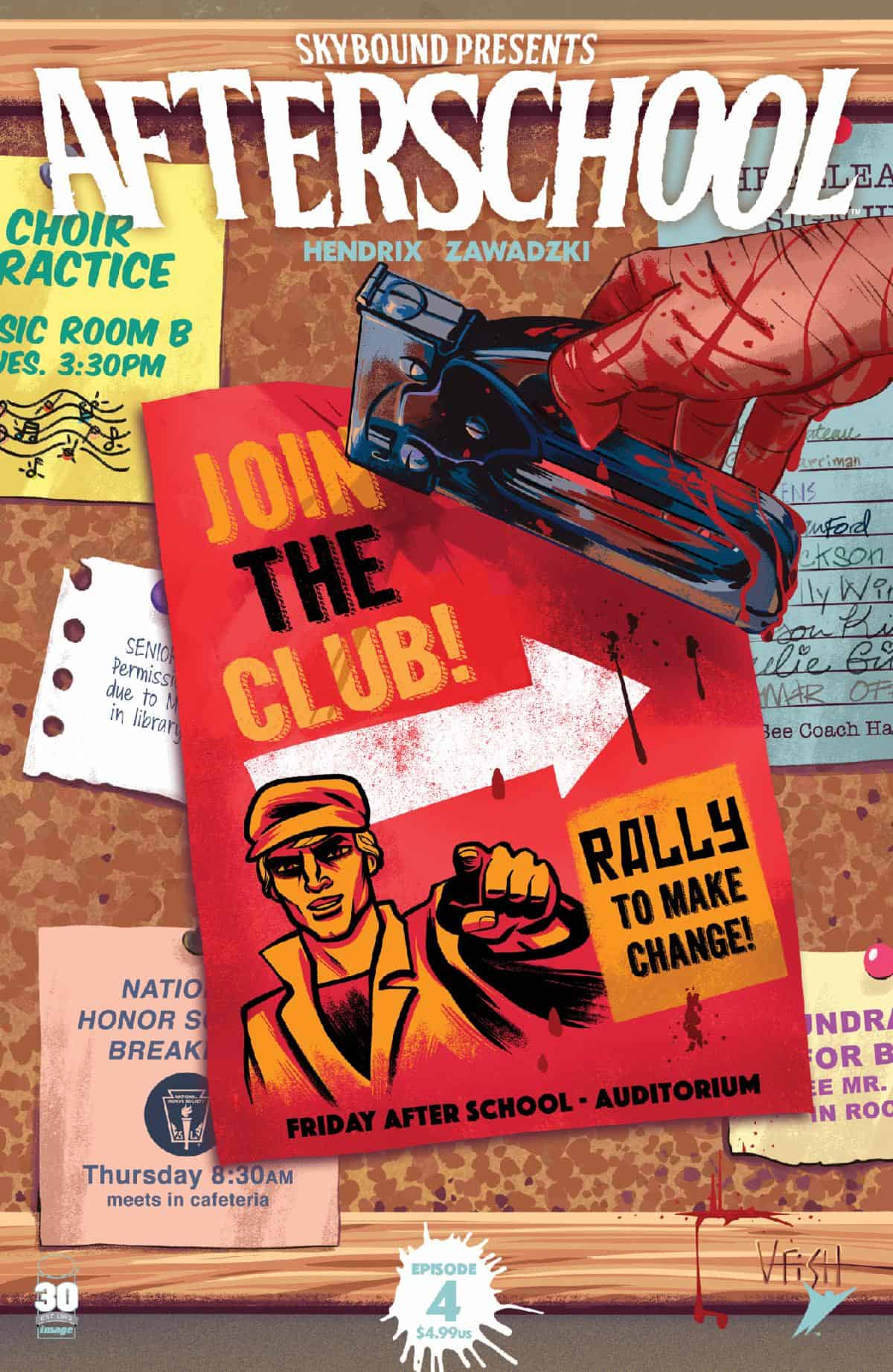 The series debuted June 8 with a tale of an emotional support dog with a killer secret by Benson, Moorhead, Hinkle, Niro and Brosseau. Afterschool #1 is available at comic book shops now.