NEWS WATCH: Some of Marvel’s Hottest New Series Get New Printings Next Month!

Four of Marvel’s biggest recent launches will be getting new printings! These currently sold-out issues will be hitting stands on October 13th with new printings of DARK AGES #1, DARKHAWK #1, MOON KNIGHT #1 and X-MEN: TRIAL OF MAGNETO #1 complete with new covers including a brand-new piece by Iban Coello for DARK AGES #1, allowing fans a chance to dive into the start of some of Marvel’s biggest upcoming stories! 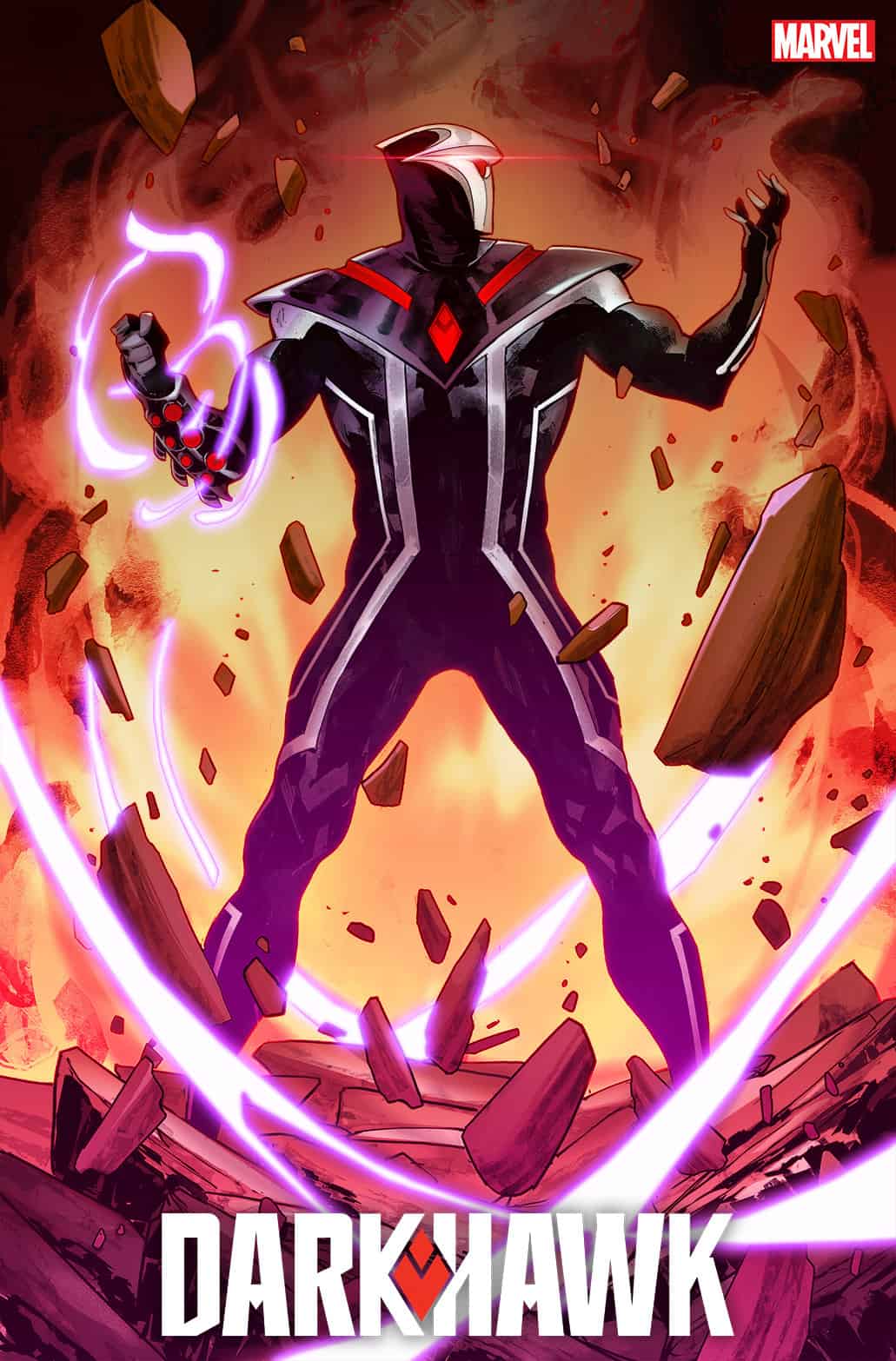 Kyle Higgins and Juanan Ramírez start a new era of an all-new Darkhawk in DARKHAWK #1. Connor Young is a seventeen-year-old star basketball player with the world ahead of him, until a surprising medical diagnosis changes everything. But what happens when a mysterious amulet finds him and gives him powers beyond belief? What will he do with these new abilities?

Read our review: ADVANCED REVIEW: Darkhawk #1: Show Me the Way 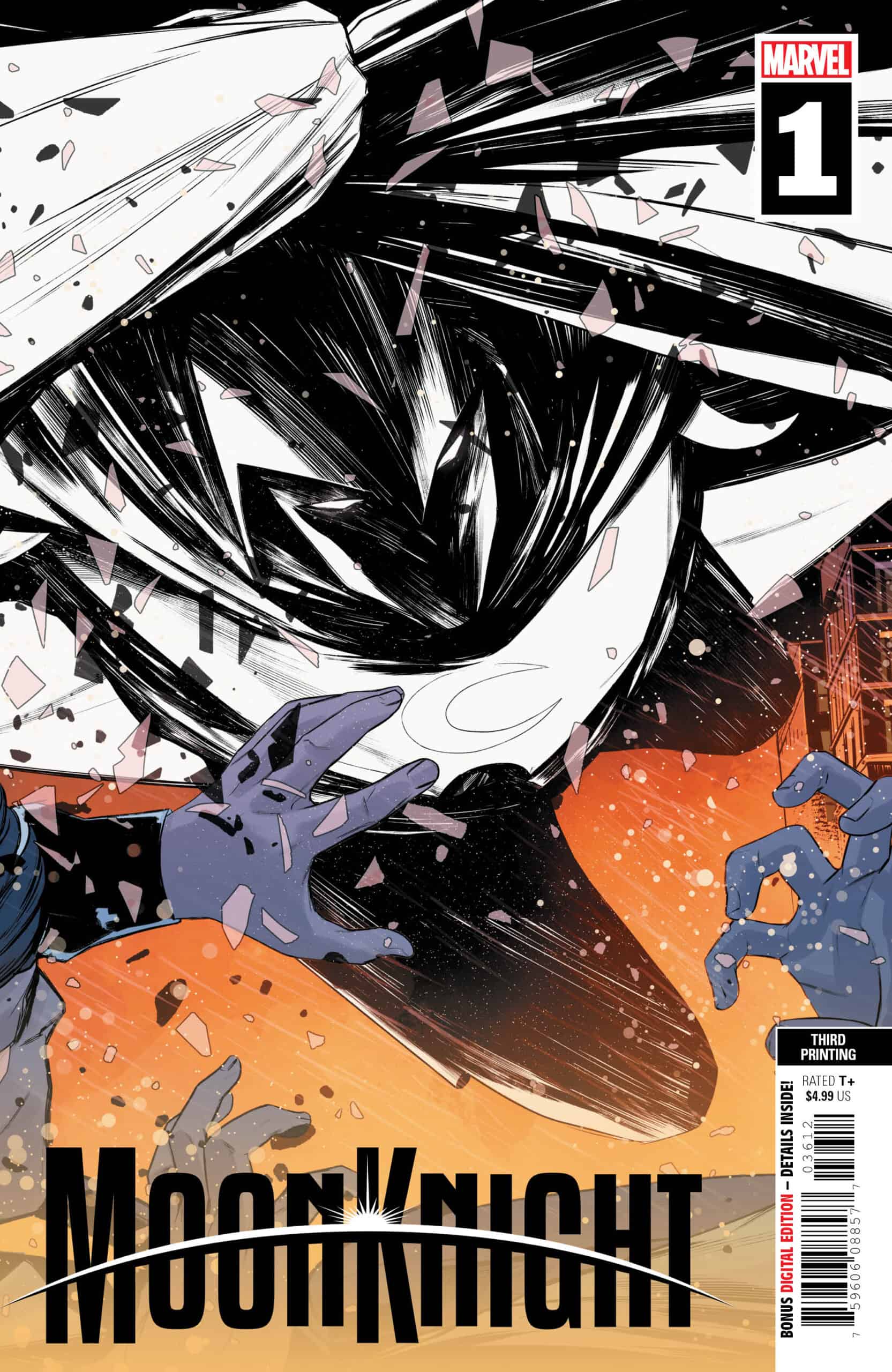 Now in its third printing, the critically acclaimed MOON KNIGHT #1 by Jed MacKay and Alessandro Cappuccio is the start of a brand-new journey for this complex and intriguing Marvel super hero. The mysterious Mr. Knight has opened his Midnight Mission, his people petitioning for protection from the weird and horrible. The Moon Knight stalks the rooftops and alleys marked with his crescent moon tag, bringing violence to any who would harm his people. Marc Spector, in whichever guise he dons, is back on the streets, a renegade priest of an unworthy god. But while Khonshu languishes in a prison that Moon Knight put him in, Moon Knight must still observe his duty: protecting those who travel at night. Let it be known – Moon Knight will keep the faith. 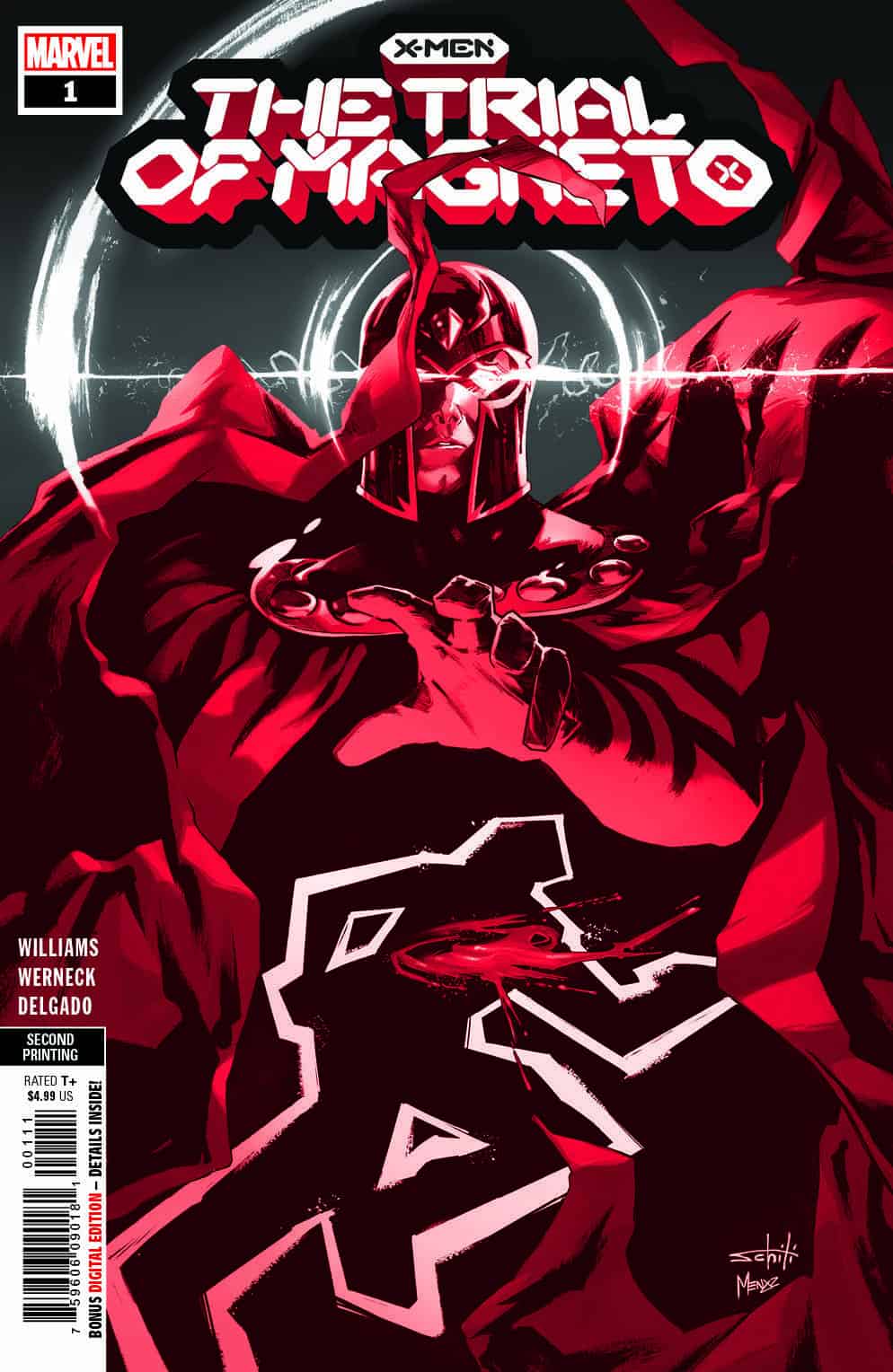 X-MEN: TRIAL OF MAGNETO #1 presents a mutant mystery that will shake Krakoa to its core! A horrific murder. A shocking revelation. A trial that will divide the new mutant nation. Leah Williams and Lucas Werneck bring you a new epic that threatens the Reign of X and will upend the world of mutants. The truth is hidden, the danger is far from over, and the trial has begun.

Read our review: X-Men: The Trial of Magneto #1: What Is To Be of the Scarlet Witch?

Finally, stay tuned for the reveal of the new DARK AGES #1 Second Printing, with a new cover by Iban Coello of the all-new saga of the Marvel Universe as you’ve never seen it before from Tom Taylor and Iban Coello!

This is what the Watcher has been watching for! A danger older than the Earth threatens everything. For once, the heroes who have saved the planet so many times are almost powerless in the face of it. X-Men and Avengers assemble. Spider-People and Fantastic Four come together. Heroes for Hire fight alongside Champions. None of it will be enough. The lights are about to go out. The world outside our window…is about to end. 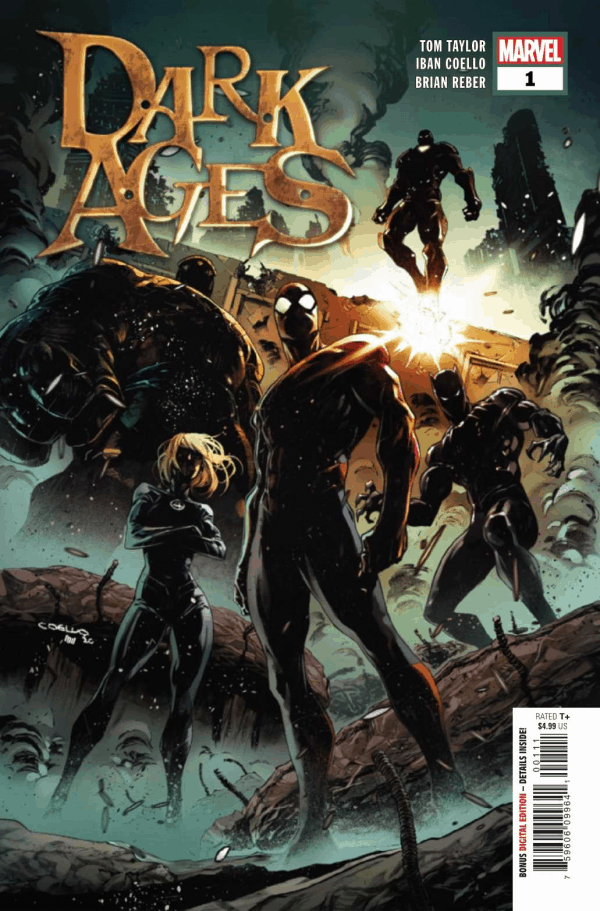